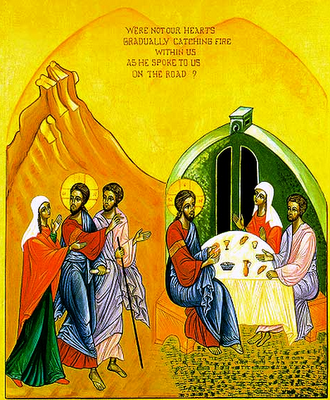 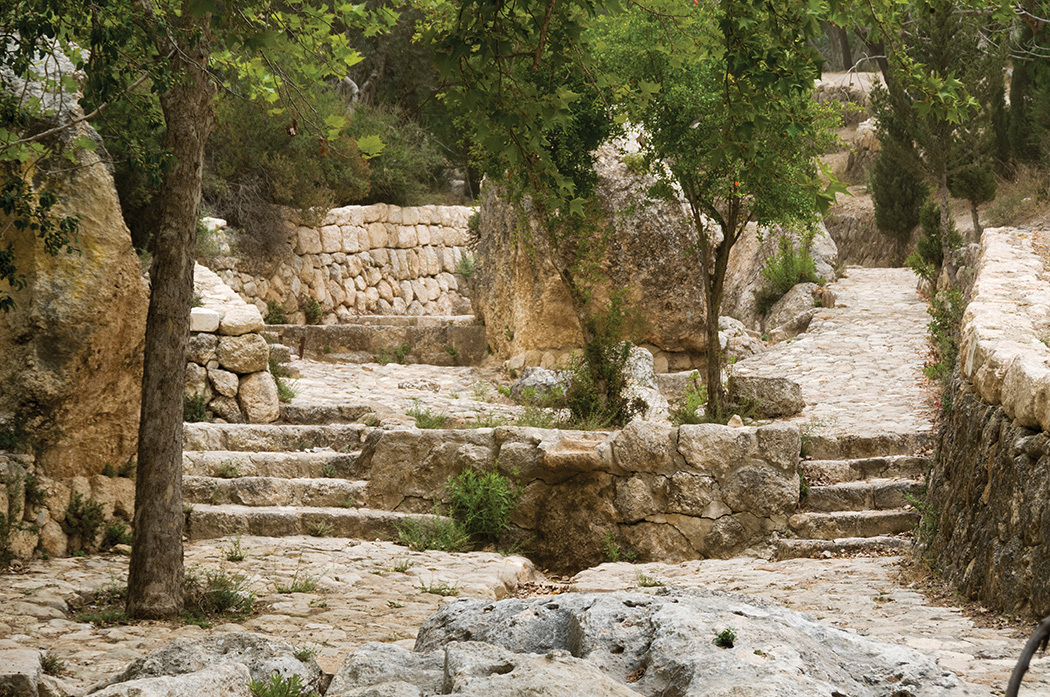 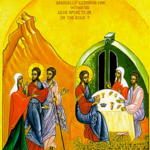 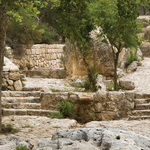 Jesus coming along side us and meeting us where we are

When many of us think about Easter, we think about Easter morning celebrations in our churches.  We think of someone vigorously proclaiming the Easter Gospel.  We think of an entire congregation singing victorious Easter hymns.  And we think of lilies, tulips, daffodils and all manner of flowers meant to demonstrate the new life springing up from the earth at this time of year. Yes, Easter is a bold celebration in most churches, and this is understandable given the boldness of a God who raises his crucified son from the dead that we might never be intimidated by death of any kind ever again.

But this year in the liturgical calendar is the year of Luke, and so we have a companion story of the resurrected Jesus that also takes place on the day of the resurrection. Part of that story is the story of Jesus meeting some disciples as they travel the road to Emmaus. This is a quieter encounter with the risen Lord, and it tells us much about how Jesus meets us, especially during the Easter season.

The story is this: Two disciples are walking along the road going away from the catastrophe of the crucifixion in Jerusalem when someone joins them along their journey.  The person, of course, is Jesus, but they do not recognize him.  Instead of revealing who he is, he asks them questions and is told of their disappointment and sadness at what has happened to the one whom they hoped would redeem Israel.  In response to this, Jesus teaches them about the ways in which Scripture has stated that the messiah would indeed suffer and die.

Evening falls as the party continues walking, and the disciples invite the stranger to come and to eat with them. The stranger accepts their invitation, and once they sit down at the table, he takes on the actions of the host. He takes the bread, blesses it, breaks it and gives it to them. At this moment they know who he is. Jesus then vanishes.

After reflecting on how their hearts earlier burned within them as he taught them about Scripture, they get up and make the journey at night back to Jerusalem where they tell the others that they have seen the risen Jesus and that he was known to them in the breaking of the bread.

And so in this Easter story, Jesus meets them (and us) along the road of our disappointment and confusion, especially as we try to understand that the messiah (just like us) has to lose life in order to find it anew and must enter into brokenness as a path to a new wholeness.  In this story Jesus meets them and us where we are, asking questions and listening before saying or doing anything.

And, of course, it’s in the middle of a meal, with Jesus as the host, as one who takes bread, blesses it, breaks it and gives it, that the disciples become aware of his resurrected presence and become energized to rejoin the others and begin the work they have been given them to do—to be as bread taken, blessed, broken and given for the life of the world.

And, so my friends, after the glorious celebration of the resurrection that is Easter Day, after the vigorous Easter proclamations, the glorious music, and the dazzling flowers, look for the one who comes to you along the road of your life, especially along your road of disappointment and confusion.  For there he is, our risen Lord, ready to listen to your story, ready to tell you that your story is connected to God’s bigger story of losing life to find it, of being broken open for the sake of a new wholeness.  There he is, ready to offer you the bread of heaven and the cup of blessing that are his body and blood.