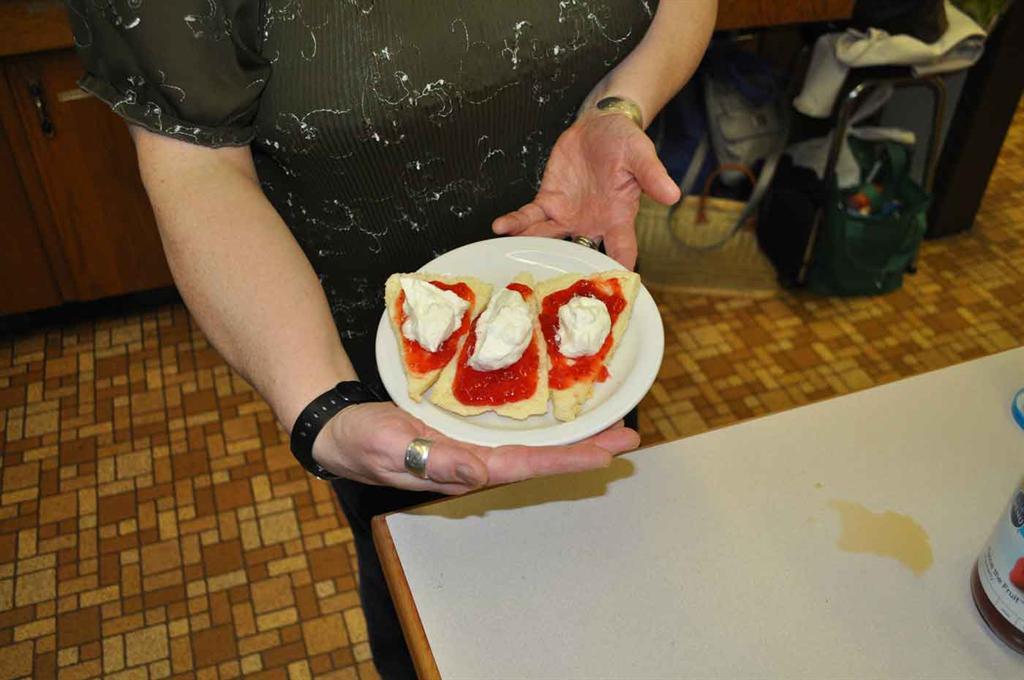 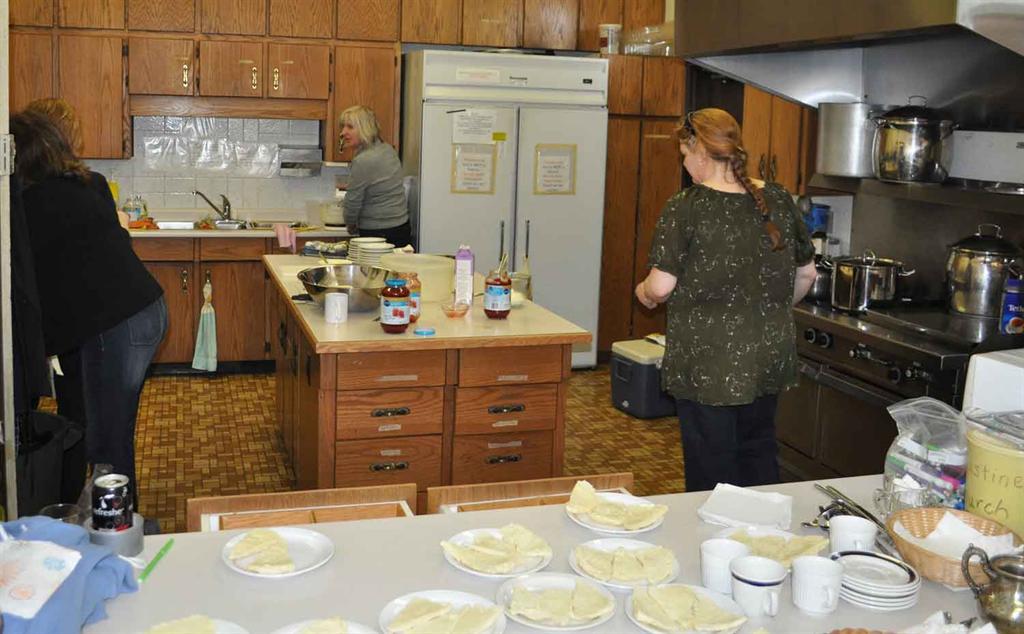 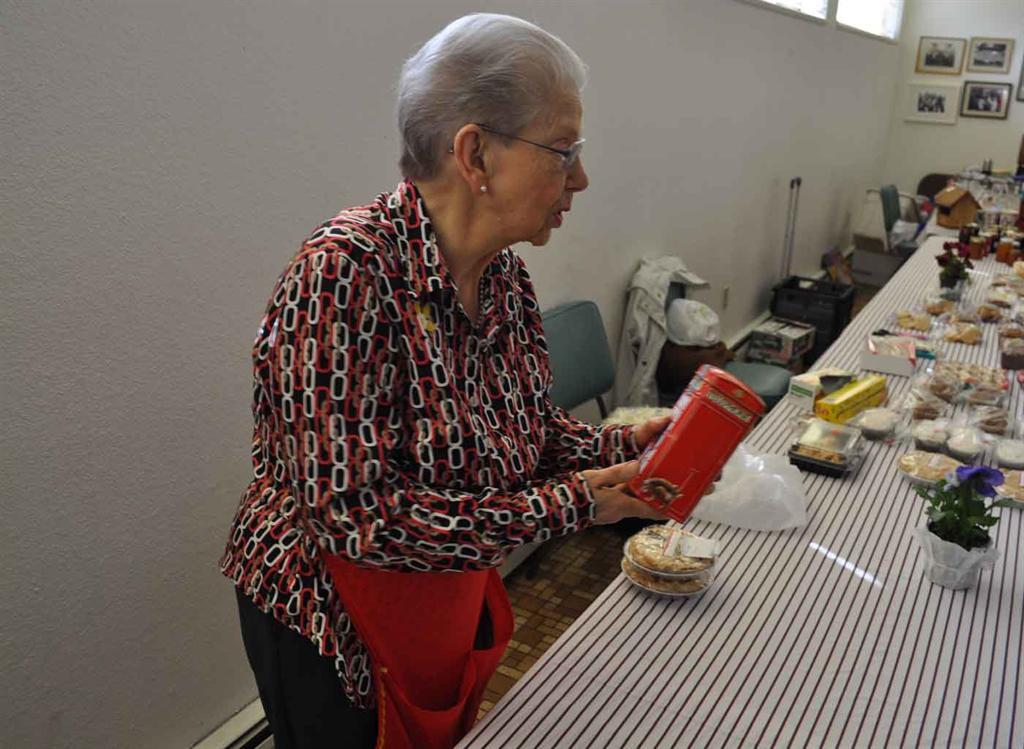 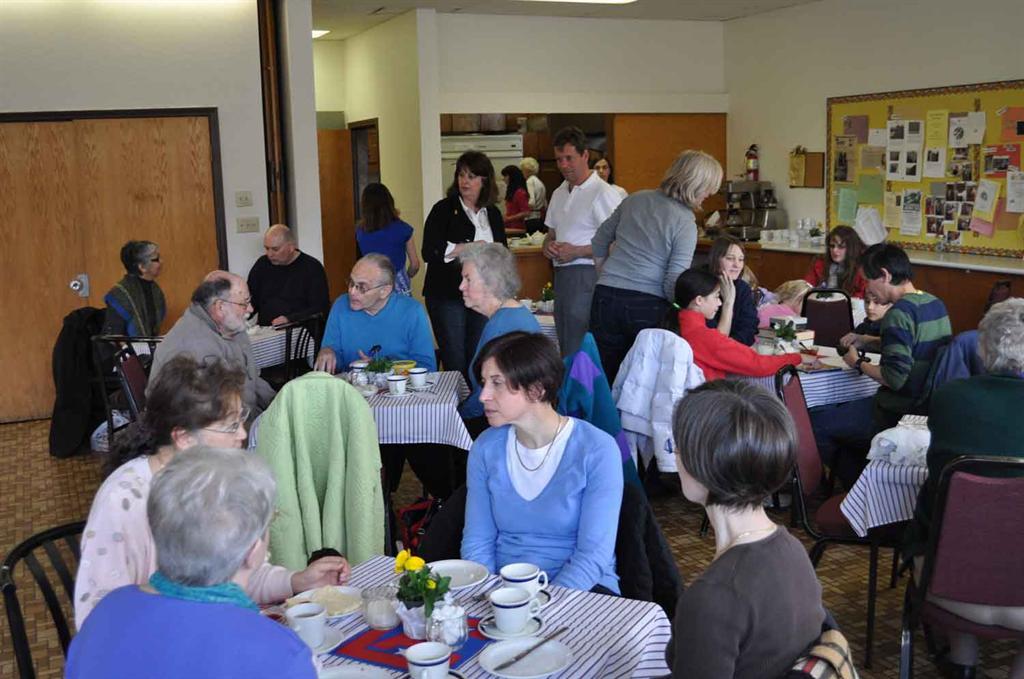 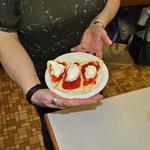 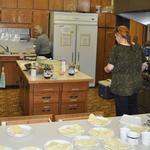 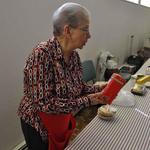 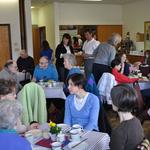 “Randy, would you like to buy some pies, I have four apple, one peach and one cherry left?”
These were among the first words spoken to me by Artaban Cream Tea co-founder and long-time Holy Cross, Japanese-Canadian Church parishioner Gwen Lamacraft upon my arrival into the St. Augustine, Marpole Church Hall on the afternoon of Saturday, April 16th, 2011.
Unbeknownst to Gwen my personal philosophy has at its foundation my appreciation for pie. In fact, I have threatened my loved ones for the last few years that I plan to get a tattoo, a tattoo that would illustrate my view on life. It would look something like this: a very happy man with a big smile, his tongue lolling hungrily out of the corner of his mouth, hands holding a fork poised at shoulder level as a gently steaming pie is being served to him. An easily accessible image that I’m sure all of you can visualize.
Anyway, I digress but by now you’ve guessed that  I succumbed. I purchased the peach and cherry pies with the last bit of cash I had in my pockets. And...they were spectacular. In fact Gwen actually made or sourced homemade cherry pie filling. Homemade cherry pie filling!! I was delighted to share Gwen’s culinary creations with my family that night around the dinner table.

The St. Augustine’s Church Hall was abuzz that Saturday afternoon with tables full of people enjoying tea, homemade scones with strawberry jam and whipped cream served by a crack team of volunteer servers. Many of the helpers that day had been involved with Artaban since their youth and had also been involved with the camp when their own children were beneficiaries of the Artaban experience.
After our pie transaction Gwen told me that she had also baked 34 sweet loaves: lemon, apple- raisin, orange-date as part of her contributions to the fundraising event. Gwen and at least 12 others spent the days before the event in the kitchen preparing baked items for sale or consumption at the “Tea.”
Following my brief discussion with Gwen, long-time Artaban supporter and Board member Sylvia Enga got up and introduced alumni camper Barbara Constantine.
Barb then related her most memorable Camp Artaban experience. One of the rites of passage at Artaban was the quest for the One Mile Swim badge. The requirements for receipt of this badge were minimal, the candidate would need to swim to the nearby small island (Snake Island) and back. On this particular run there was only one girl in the water hoping to meet the requirement.
The candidates were accompanied by a boat and everyone in the boat would have either achieved the one mile badge or were waiting their turn. At about the half-way point the girl in the water came straight out of the water and into the boat propelled by a superhuman burst of adrenaline, she was absolutely shocked by her experience. She had chosen to do the crawl as her swim stroke of choice and while lifting and turning her head to the side to take in breath she came face to face with a seal casually swimming alongside of her.
During my time at the “tea” there was a great deal of traffic in and out and the bake table was pretty much depleted. Both Gwen and I were given the opportunity to guess the number of pennies contained in a tin container. We weren’t even close.
Artaban means a great deal to a great many people. That was evidenced by the atmosphere in the St. Augustine’s Hall that afternoon. Don't forget to include Artaban in your giving and in your prayers.
Images: Top left - the objects of our desire, scones with jam and cream. Middle right - the kitchen crew. Middle left - Gwen attempts to guess the number of pennies in the tin. Below - Every table full.