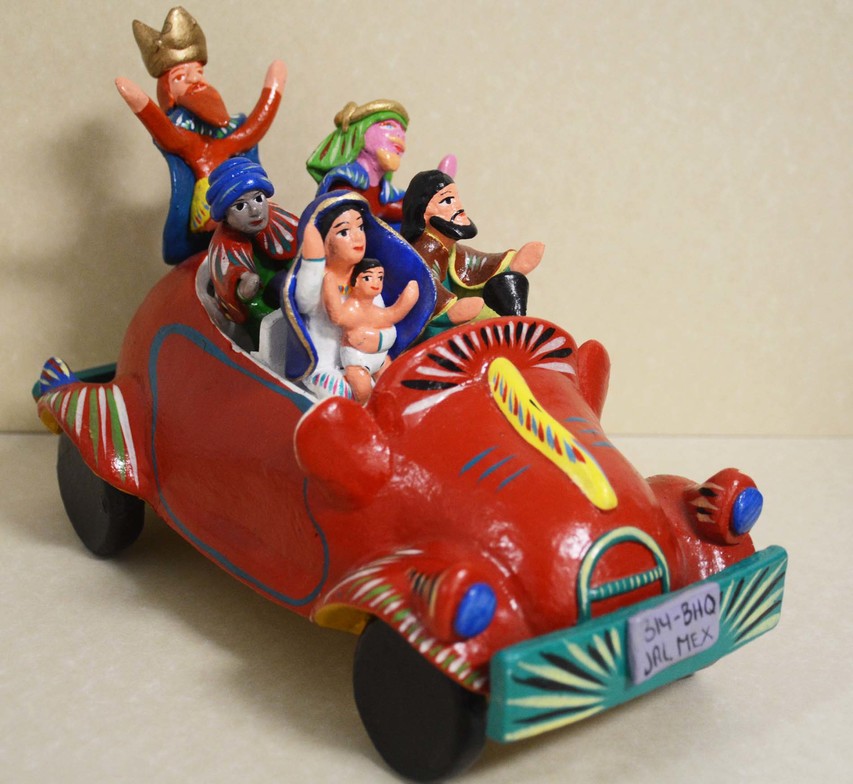 (Published in the December 2017 edition of the Diocese of New Westminster’s monthly magazine – TOPIC November 28, 2017)

It was hard to figure out what image to use on my Bishop’s Christmas Card this year: hard because my sense is that we have had a hard year—the continuing turmoil to the South of our border and the alarming words between the US and North Korea, the ongoing conflict in the Middle East and the events in Syria, the heart-rending  story of the Rohinga refugees, the opiod crisis, and all manner of natural disasters: fires in BC, California and Washington, earthquakes in Mexico and hurricanes and flooding in many parts of the world. For these reasons, I was seeking some image with gravitas to send to the ever growing Christmas card list that my gifted assistant, Bill Siksay, manages.

And so I tried some icon images of Mary and the infant Jesus, but her solemn expression, as understandable as it was, just made me sadder than I already was about the plight of many this last year.  I sent off an email to the partner of a now deceased artist friend for something he might have created in fabric, but he was in the middle of a move and so no such image was to be found. I even combed back through photos I had taken in many of the churches I have now visited in my three plus years in this diocese, but nothing jumped out at me.

It was then that Bill suggested that I consider using a photo of one of the many wonderful crèches that I have collected over the years. The minute he suggested this, one of those crèches jumped to mind. It is the one you now see in the photo next to this article—a delightful creation by the Ortega family from Mexico that is a car. The car is driven by an exuberant Joseph, with Mary and Jesus in the passenger seat.  The three magi are riding in the back, one of them clutching his gift, another sporting a crown and all of them waving.

It’s hard to fathom what this particular depiction of the Holy Family and the three magi is supposed to say about the Christmas story. When I first saw it, what popped into my mind was this: “Someone finally gave the Holy Family a chance to be in the driver’s seat!” But as intriguing as this idea is, I’m not really sure this was the artist’s point.

My hunch is that the artist did not really have a point beyond pure, unmitigated joy—the joy of the poor little family astonished by the blessing of God that was completely out of proportion with what they had expected in life; the joy of the three wise men who came to find out that their wisdom amounted to nothing in the face of the absurd wisdom of a God who chose to be born into the humblest of circumstances, the joy of all of them out together for a (joy) ride, just for a moment not brooding or pondering or fearing or dreading a darn thing, but, instead, being caught up in exhilaration and holy surprise.

Yes, we and the world have all had a hard, dark year, and there yet may be more darkness between my writing this and your reading it. But God has made us for joy, and so let us steal it, let us savor it, let us rejoice in it. For though December may be gloomy, and though this time of our lives may be inhabited by a kind of quiet foreboding “the Word has become flesh and lived among us, and we have seen his glory, the glory as of a father’s only son, full of grace and truth.”

My sincere best wishes to you and those you love for a holy and blessed Christmas,