The Most Reverend Melissa Skelton
February 24, 2017 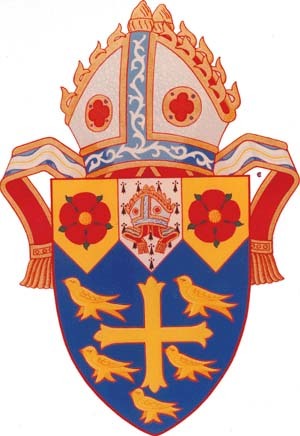 At 2pm on Friday, February 24, 2017, Bishop Melissa Skelton circualted the following message to clergy and wardens of the Diocese of New Westminster

I’m writing to let you know that I have signed on to a letter from a group of concerned civic leaders and clergy about the upcoming visit of Franklin Graham to Vancouver as a part of The Festival of Hope. This group, of which I am a part, sent the letter in advance to Franklin Graham. He responded in writing yesterday.  I thought you might appreciate knowing the reasons why I, along with the leaders of our group, still believe that we should release the letter linked here.

I and others (Mayor Gregor Robertson, Roman Catholic Archbishop Michael Miller, United Church clergy, a group of local Evangelical clergy, Dean Peter Elliott of our Cathedral) are very concerned with some of the statements made in the past by Franklin Graham about Muslims, the LGBTQ2 community, and other groups. Because of statements he has made, I with others worry that his presence could incite rash action or even violence in the social and political context in which we now find ourselves.

All this is not to say that Christians, or for that matter, Anglican Christians in this diocese, will agree on social, economic and political issues. It’s also not to say that I and those signing onto the letter don’t have respect for Franklin Graham’s father and his accomplishments, or for the organizing committee of the festival and their well-intended aims.

What a group of us is trying to say in the letter is that we object to some of Franklin Graham’s views, and we are concerned about the effect he and they will have on our community and on the many diverse communities of faith in our area. We believe in the importance of working toward building bridges not barriers.

With gratitude for your ministry in this place,