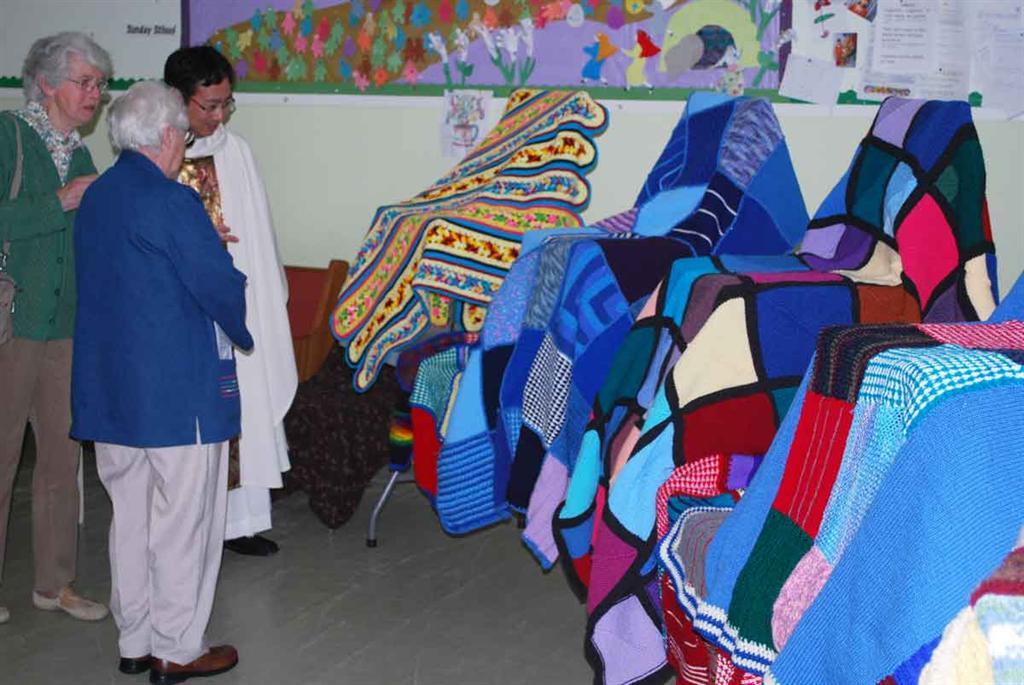 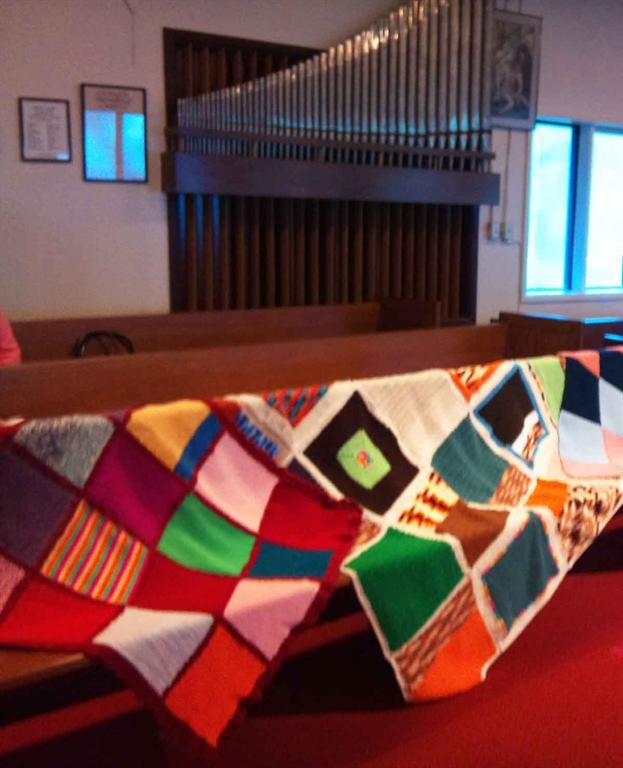 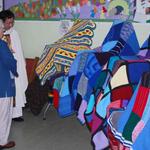 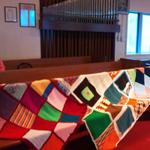 The Parishes of St. David/St. Paul in Powell River and St. Hilda's-by-the-Sea, Sechelt have been very busy knitting blankets.
Knitters in the Powell River parish have been making blankets for the use of those who are being helped by the local Child, Youth & Family Services office.

At St. Hilda's it all started with Archdeacon John Stephen's article, Home Sweet Home, on page 2 of the December, 2011 issue of TOPIC. The article described how a group of people connected to  Westside Neighbourhood Ministry, an outreach ministry that is based at: St. Philip, Dunbar, St. Helen's, Point Grey and St. Anselm's, UBC had made more than 50 blankets for the new tenants of the Dunbar & 16th Housing Project dubbed Dunbar Apartments, 51 studio apartments of approximately 350 square feet. The project was developed by the City of Vancouver in conjunction with BC Housing, VCHA and Coast Foundation Society.
A member of St. Hilda’s put an advertisement in the “Wanted-Free” section of the local paper asking for oddments of knitting yarn to be made into squares and then into blankets for anyone in need.
The response was overwhelming! The staff at the fabric shop in the local mall kindly offered to be the depot. When our advertiser called to see if there was any response and could she come to pick up any yarn, they asked where she had parked her car and suggested she bring it round to their back door for easier loading! Someone even brought three large bins full to the church on a dolly.

The knitters of St. Hilda’s have been busy (some would say obsessed), and, as of mid-May, we have completed twelve blankets, with several more in progress. Our rector, Clarence Li, blessed the completed blankets in a ceremony on April 29th. Some of the agencies which have expressed interest in receiving and distributing the blankets are the local Women’s Emergency Shelter, Arrowhead Centre for the Mentally Ill, and Emergency Social Services. And, of course, we always have knowledge of those in need through our Direct Outreach program.
Images: Top. Rev. Clarence Li is shown the blankets at St. Hilda's.

Below: Powell River blankets with the newly re-furbished organ pipes above