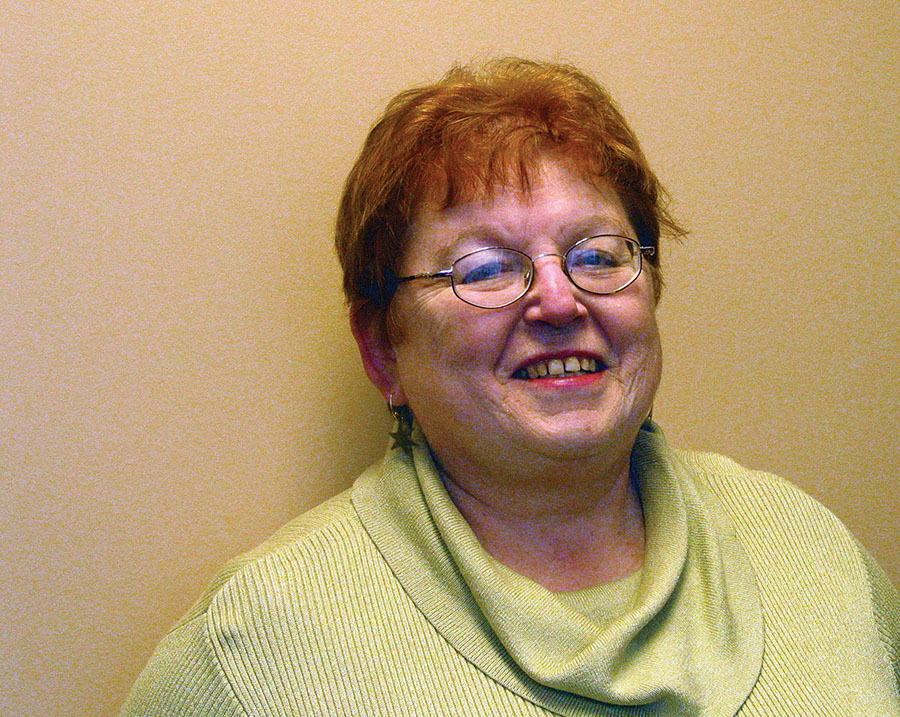 Diocesan communications seldom shares obituaries of lay members of the diocese who have not been invested into The Order of the Diocese of New Westminster, however there are exceptions, and Brenda Berck was exceptional.

Insightful (and occasionally inciting), with sparkling intelligence, a superb writer, a zealous grammarian and a committed, progressive member of the Anglican Church with a huge heart for social justice.

Not included in her many accomplishments listed in her obituary is the fact that Brenda was also an important member of the diocesan communications team as a reporter, columnist and proof reader for Topic from the 1990s through to 2016. As a contractor she did excellent work, receiving honoraria that was a fraction of her market value, but gladly done as part of her service to the Church.

As editor of Topic I began to notice that she was having increasing difficulty negotiating the "proof" pages of Topic and I realized that she was failing.

We never officially parted ways or called an end to her involvement, it just happend organically. She knew and I knew. One of our last times together was on her 74th birthday when we went to Lucky's Donuts. I'd sung the praises of the East Vancouver gourmet donut shop and Brenda was keen to try it out. I did see her again but that last real visit together is etched on my mind, it is one of those times in my life that I will always remember. And...she loved the donuts.

In a social media comment that appeared following the initial posting of this article, former Anglican Archivist for the Diocese of New Westminster/Ecclesiastical Province of BC/Yukon, Melanie Delva, had this to say about Brenda:

"She (Brenda) was also a keen, insightful and enthusiastic user and supporter of the Archives, and we spent many hours in the archives together. Rest in Peace...though I cannot imagine her sitting serenely on the sidelines of anything - even the world to come!"

Below is the obituary that appeared in The Globe and Mail January 11-15, 2020

It is with great sadness that we announce the passing of Brenda Berck, in Vancouver, BC on Saturday, December 28, 2019. Eldest daughter of Ben and Jessie Berck of Winnipeg, she was sister of Dorothy (Roy) and Phyllis (Bruce), aunt to Jonathan, Stephan (Leanne) and Josh (Tiff), and friend, colleague and mentor to many. She is fondly remembered by her goddaughter Molly Wilson and her sister Jocelyn.

After receiving her B.A. from the University of Manitoba, Brenda hitchhiked around the world then returned to McMaster University to obtain an M. A. in English. In Toronto she worked for the Canadian Friends Service Committee and became involved in the cultural life of Toronto working at the Royal Ontario Museum. In British Columbia she taught at the Quaker Friends School in Argenta. Later, she worked as a consultant for museums throughout B. C. and the Yukon where she focused on repatriation of First Nations material culture. In 1991, having learned French, she worked with the Vancouver International Writers Festival programming their French program.

Brenda was a formidable reader with strong intellect and drive. So it was a great loss when she developed Alzheimer's and lost her ability to read and to express her thoughts. She received excellent care at Little Mountain Place. Her family will always be indebted to Brenda's circle of friends, including Nancy Hannum, Maureen Burke and Diana McHardy Schmidt who looked after Brenda throughout her illness and advocated for her needs.

There are a number of Brenda's columns archived here on the diocesan website. You can access them by typing Brenda Berck into the SEARCH function of this website.