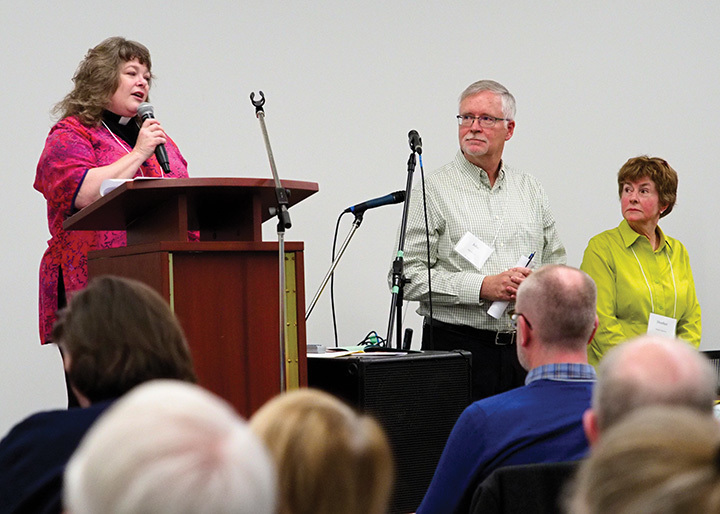 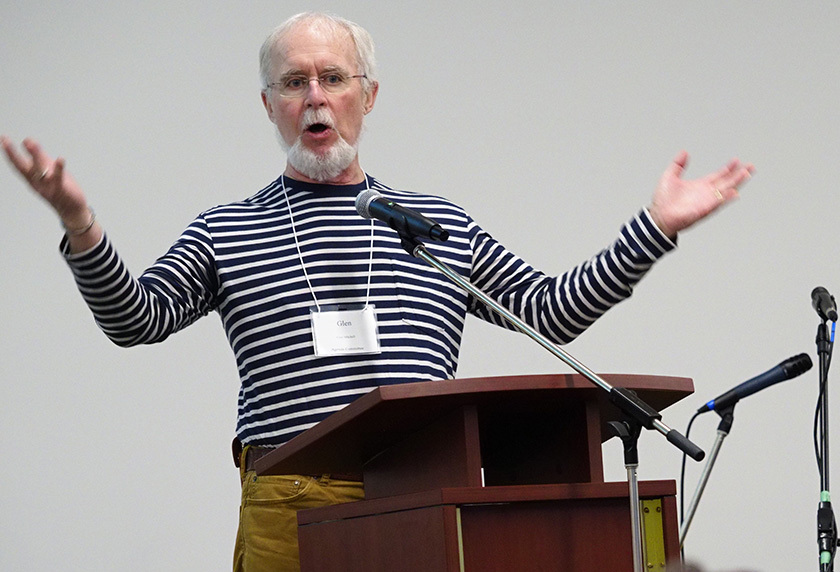 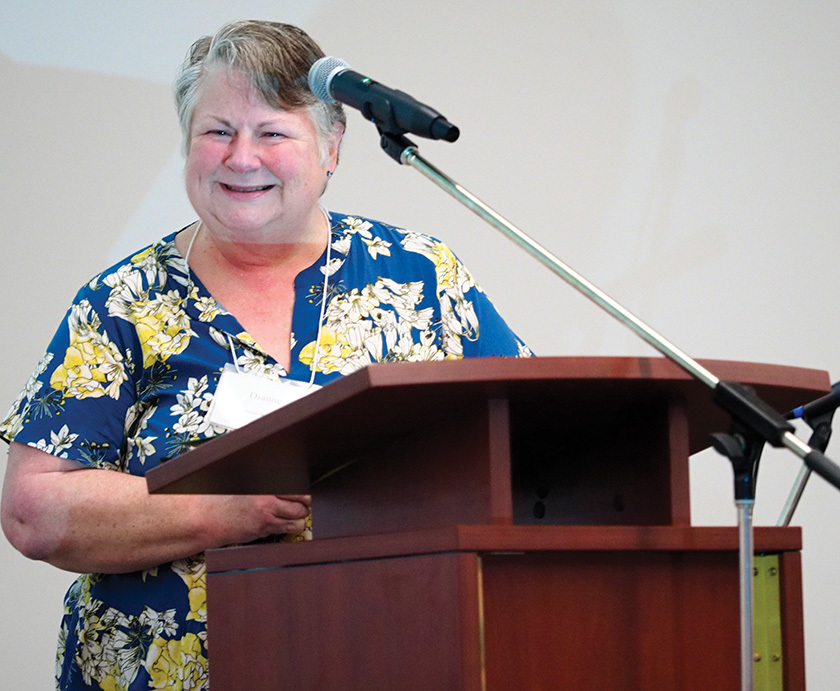 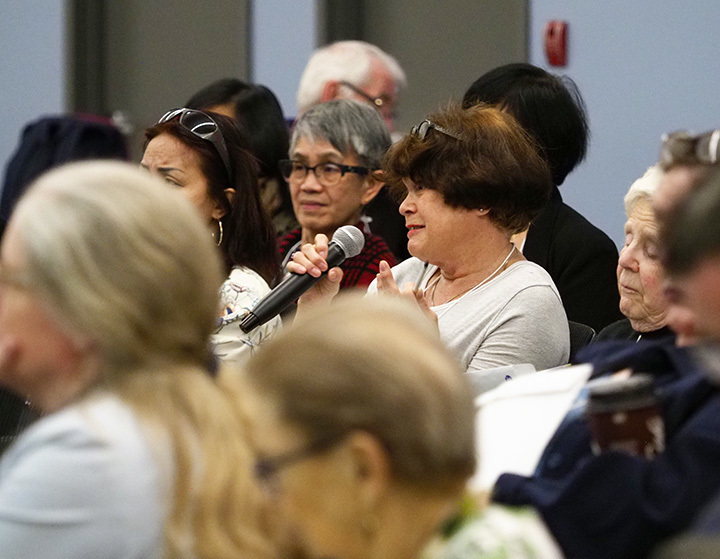 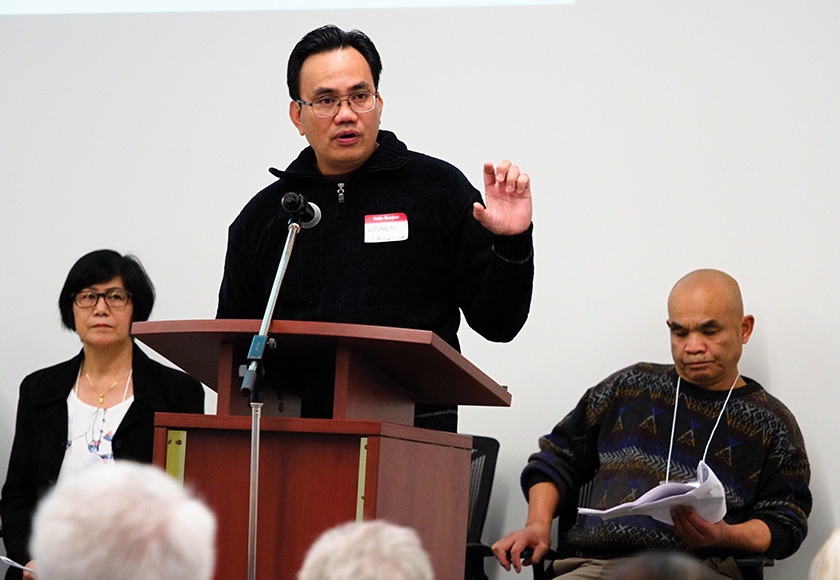 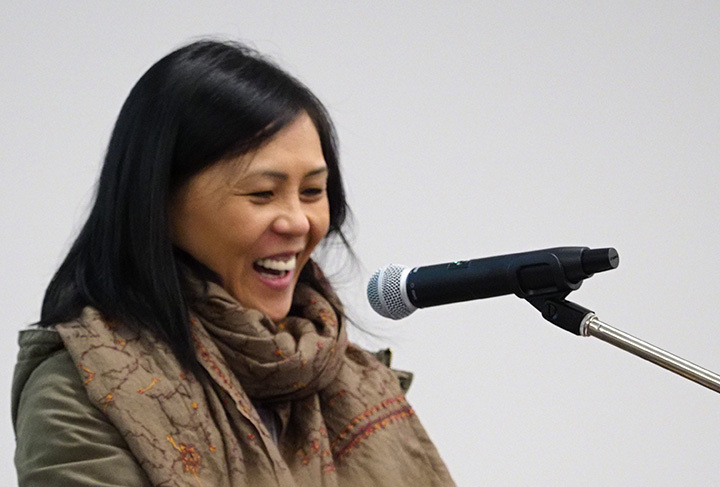 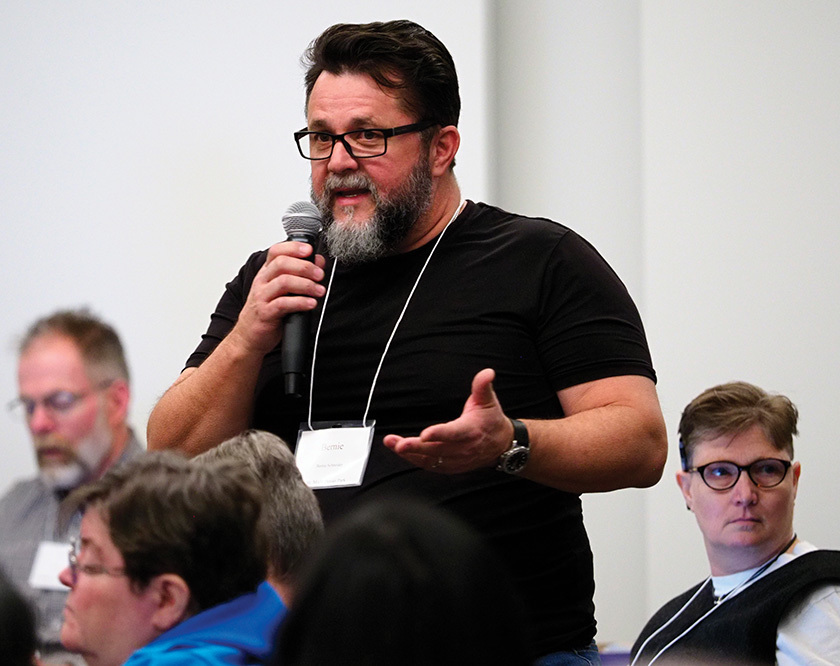 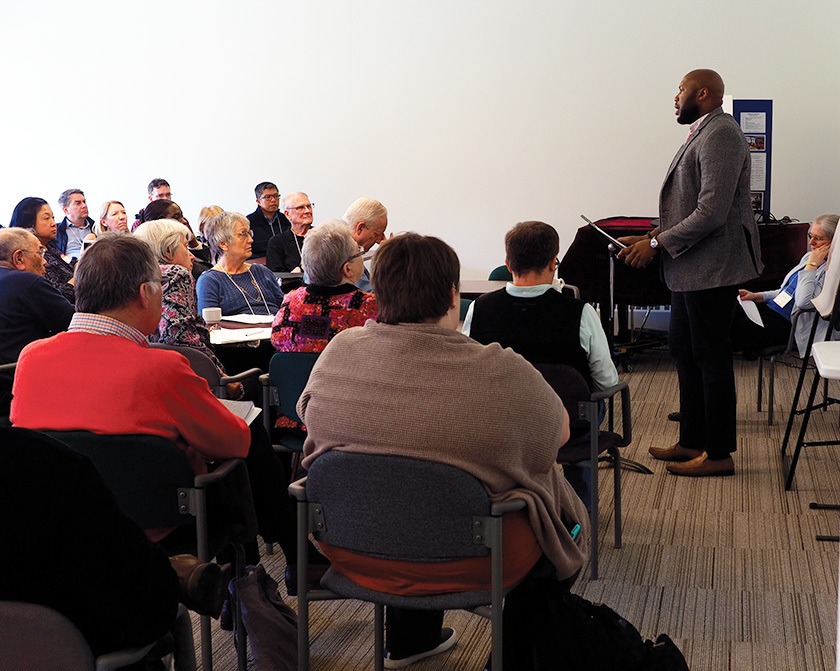 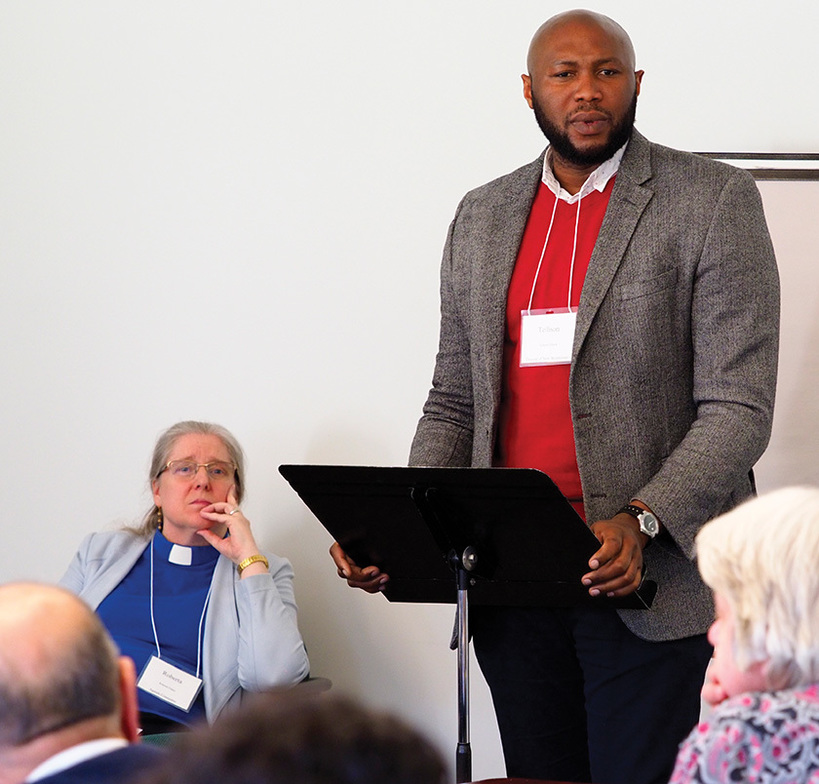 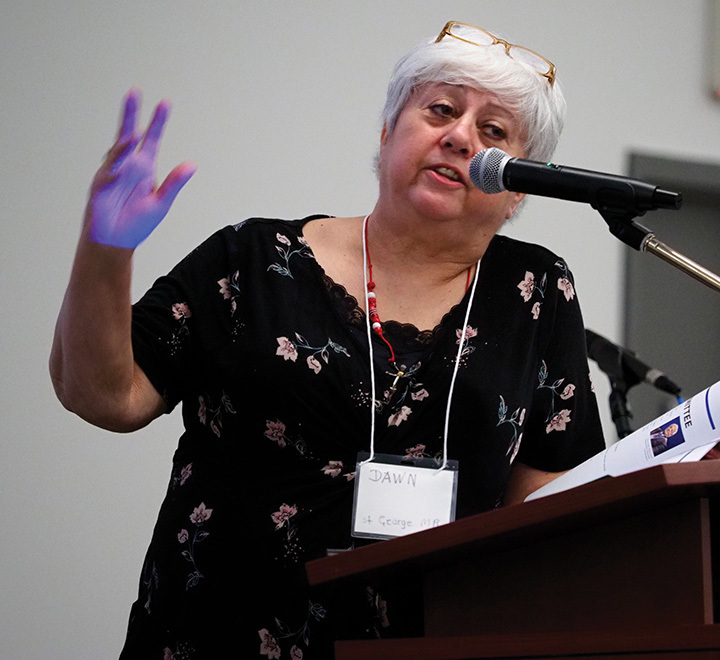 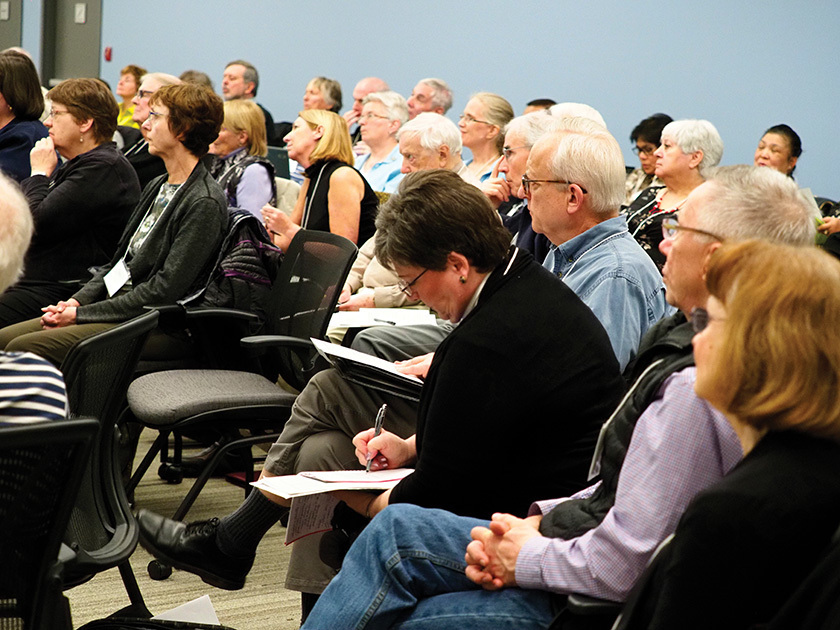 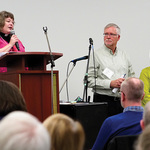 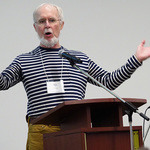 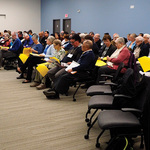 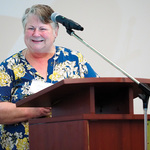 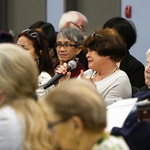 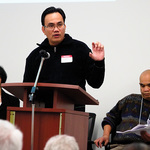 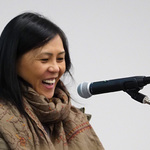 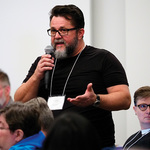 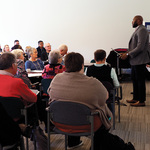 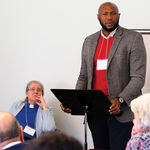 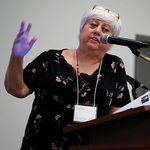 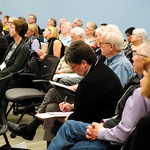 On Saturday, March 16, more than 90 people from 30 parishes gathered at the Synod Office building, 1410 Nanton Avenue to focus on Stewardship.  The theme this year was Celebrating Generous Congregations and the focus of all the various plenary talks and workshops focused on sharing tools, practices and suggestions to help parishes grow in generosity and sharing.  Members from four parishes led plenary sessions or workshops on various aspects of stewardship in their parish.

After the Introduction and worship, Doug Williams and Dianne Stebbing from the Anglican Parish of the Church of the Epiphany, Surrey (Epiphany) shared details of their Capital Campaign to raise money to replace their buildings. This multi-year project has resulted in pledges from more than 90% of the parish membership.  They reached their initial pledge goal of over $500,000 just a few months into the initial campaign in 2013, and more has come since then.  Currently there is $600,000 being held by the diocese in the Consolidated Trust Fund for Epiphany. The planning and campaign included significant consultations with the parish membership, hiring a paid consultant and regular communication with the appropriate Synod staff. Their presentation was followed by a question and answer session.

Next, the Stewardship Team from St. Faith’s, Vancouver (Rev. Christine Wilson, Heather Hamilton and John Wheeler) shared resources and ideas from their year-round stewardship program (time/talent as well as donations for parish operations).  Following a PowerPoint presentation on different aspects of their stewardship program including their annual schedule of stewardship focused activities, picking annual themes, resources used in the fall financial focus as well as a spring time/talent focus, and lots of humorous cartoons they opened the floor to questions.  Other parishes were invited to share their own successes and ideas from their stewardship program with the whole group and lots of good ideas and suggestions were shared.

After a delicious lunch, five members of St. Michael’s Multicultural Church, Vancouver gave short presentations on 10 aspects of stewardship in their multicultural parish.  These included ‘strategic’ facets like: ensuring their stewardship team reflects diversity; linking the stewardship team to the other teams and plans of the parish; ensuring there are regular stewardship homilies throughout the year; and doing ongoing parish education on ministry.  They also covered some ‘tactical’ facets of their program including: promoting Pre-Authorised Donations (PAD); sending a team to the annual diocesan stewardship workshops; and being accurate and timely in issuing tax receipts.

Then the participants were invited to pick one of two workshops being offered – either Creating A Culture of Generosity, led by the Reverends Tellison Glover & Roberta Fraser, or Preparing a Narrative Budget led by Dawn Parrott of St. George’s Maple Ridge.  The workshop on Creating a Culture of Generosity focused on the need to have a clear and explicit understanding in the parish of the link between our faith and our parish ministry so that people can feel ‘ownership’ of the ministry.  This includes ministry that focuses on the needs (spiritual, emotional and/or physical) of people other than just those who are already members since generosity is about more than giving to keep our own needs met.  It also included suggestions for actions to support and promote the ministry focus as it develops.

In the Narrative Budget workshop, Dawn’s team from St. George’s spoke about using Breeze ChMS to help prepare a narrative budget to show the details of the parish budget in a story that is meaningful to the parish members. While the prospect of producing a narrative budget appeared daunting at the beginning, they did not get bogged down in details and started by using the information they had. Fine tuning can occur as the budget is updated and more information gathered.  The team shared that the  production of the Narrative Budget is just one of a number of changes made recently at St. George’s which together has helped their average Sunday attendance grow from about 45 two years ago to more than 100 today.

Finally, everyone regathered in small groups (sometimes from one parish and sometimes from several parishes) to use the resources and ideas from the day (as well as some resources prepared for this workshop) to prepare a draft plan for their own parish stewardship program for the year.  They were invited to look at whatever it is that they are currently doing for stewardship and see what the ‘next steps’ would be to enhance it.

Members of the Planning Team for the day circulated to help answer questions and provide suggestions.

A closing prayer was said at 3:30 and the participants dispersed back to their homes with plans and resources in hand.