Surrey parish receives grant and constructs a garden for their community - article by Corri Kaweski
April 30, 2021 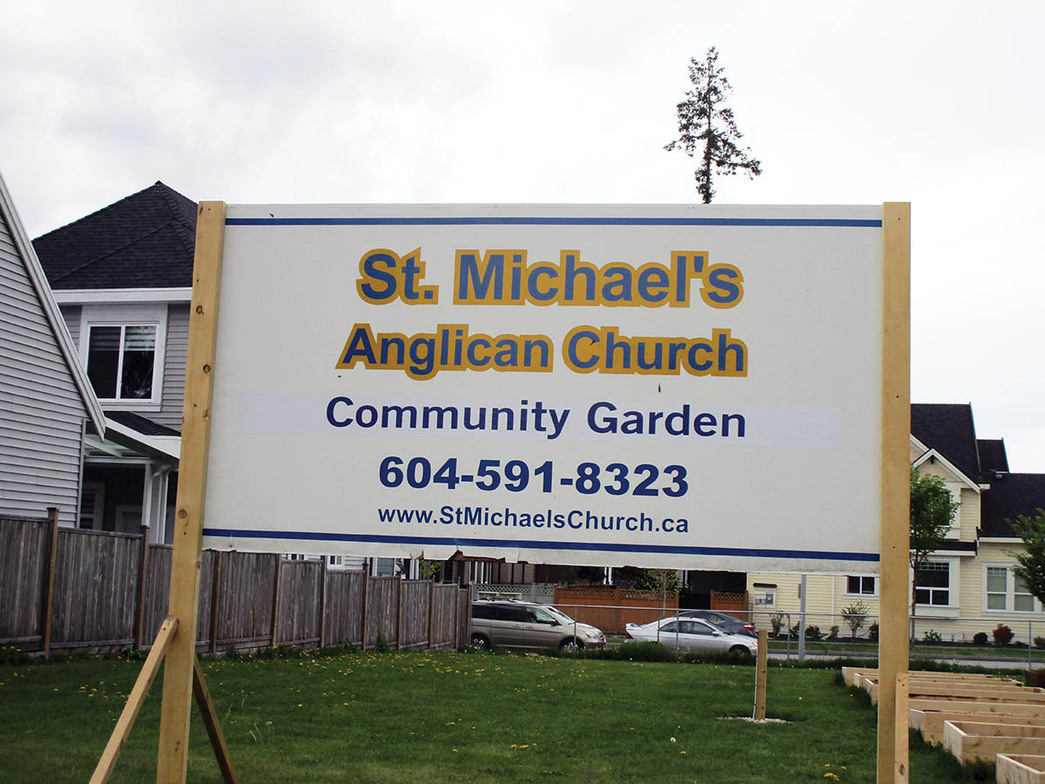 St. Michael’s, Surrey has had a plot of land between its church and its St. Michael’s house for a number of years.  It’s been mowed regularly but often been a dumping site for those not wanting to take their garbage to the appropriate locations.  After dealing with this for some time, a decision was made to apply to the City of Surrey for a “Community Enhancement Project” grant to create a community garden.  The application was filled in last September with notification of receipt of the grant in January 2021.

Ordering wood and dirt quickly began with delivery dates for the first week of March.  Seeing 180 - 2” x 8” x 8’ and 17 – 4” x 4” x 10’ pieces of lumber arrive was rather overwhelming. It was a lot of wood! Volunteers were rounded up and we built 30 - 4’ x 8’ x 16” garden beds over three days.  Thank goodness for electric screwdrivers, portable circular saws, and chain saws!  Cutting 4” x 4” lumber into 16” pieces is much easier with a chain saw, rather than rotating wood for a radial arm saw… who knew! Once the 30 raised garden beds were built, we moved them into an easily accessible design, keeping in mind the ride-on lawn mower had to fit between the beds.  The next task was to fill them with dirt from the 36 cubic yards of garden soil delivered to the site.  Unfortunately, the ground was rather soggy so the dirt could not be delivered as close to the garden beds as we wished.  Wheelbarrows, shovels and good old-fashioned hard work moved the dirt.

Sourcing water from the nearby St. Michael’s House was discussed but having an underground water line installed was a decision made by Parish Council.  Yet again, a hard-working volunteer dug the trench, installed the two faucets and water was ready for gardeners.  By March 30, we had all 30 beds in place, filled with dirt, a sign erected and water faucets in place.

We currently have 7 of the 30 beds rented out to folks in the community and we are looking forward to having more people involved in growing food and flowers in the garden.

Ship to Shore for Spring 2021 May 17 - International Day Against Homophobia, Transphobia, and Biphobia Sermon, Zoom YouTube Recording and Election Results