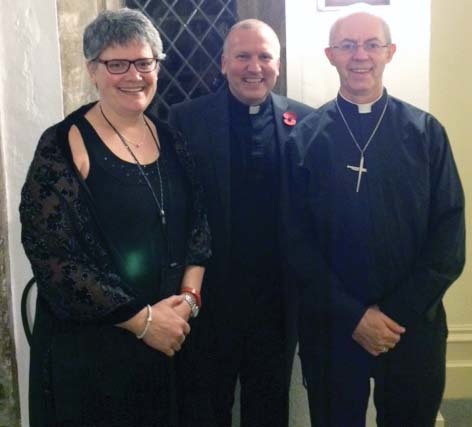 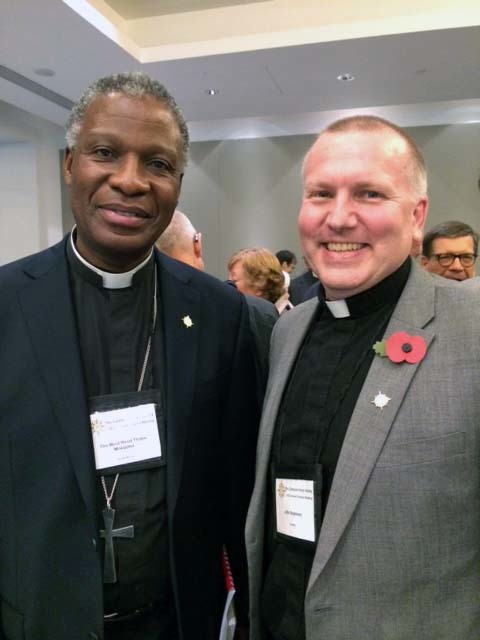 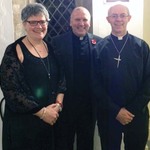 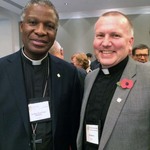 On October 28 and 29, 2015,  the Compass Rose Society held its annual meeting in London, England. Our Diocese is a member of this Society and I was honoured to be asked to attend and to visit the hallowed halls of Lambeth Palace. Also attending from the Diocese of New Westminster were Bishop Michael Ingham and his wife, Nancy Southam. As part of the meeting, in the afternoon of October 28 we met in the Guard Room at Lambeth Palace, a room filled with many of the portraits of past Archbishops of Canterbury and our group was addressed by the Most Reverend Justin Welby.

The Compass Rose Society (CRS) supports the programs and ministries of the Archbishop of Canterbury and the Anglican Consultative Council (ACC), the organization that sets the goals and direction for the Communion. The CRS gathers for an annual meeting in England to consider the year previous and to examine the year forthcoming. It is a group of Anglicans from different parts of the globe concerned about supporting the work and mission of our church.

This year we were also very fortunate to hear from the incoming Secretary General of the Anglican Communion, Archbishop Josiah Idowu-Fearon, most recently from Nigeria. He described his role as being a bridge-builder within the Communion. He has a strong evangelical background but also is known as one who can build a culture of respect for differences and a strong desire for peace. In Nigeria he was determined to build connections and ties with the Muslim community and for this he was shunned and vilified, even receiving death threats. This background, however, seemed to strengthen his resolve to build bridges within the Anglican Communion so that there is room for reconciliation.

Archbishop Josiah told of a few highlights within the Communion: there have been 4 new applications of new Anglican provinces in Africa and South America, the Primates’ meeting in January focussed on reconciliation, that there is a growing desire to agree to disagree but that much more work is needed.

We also heard from Archbishop Thabo Makgoba of Southern Africa as he described the e-reader project that has been supported by funding from the CRS; a program where theological books and journals are made available to theological students via e-readers to spread greater theological and biblical teaching, greatly expanding the potential learning.

We heard too from Terrie Robinson, the Director for Women in Church and Society and her work at promoting and enabling inclusion and gender justice. She spoke about her role in helping to reduce gender based violence, referring us to a short video on “Anglicans and the 16 Days” (you will find it on YouTube and also more information on the Anglican Communion website). A video which is aimed at creating 16 days of activism on gender issues, girls in education, forced marriage, men’s attitudes to women etc.

We heard about a number of the projects that are supported by the CRS which include financially supporting the Anglican Observer at the United Nations, the Indaba process in the ACC, the Bishop Ackon Eye Clinic in Ghana, the Princess Basma Centre for Disabled Children in Jerusalem among others. The reach of the CRS is quite astounding quite apart from being one of the major donors to the ACC itself.

At Lambeth Palace, Archbishop Justin Welby spoke to us about his three priorities for the Anglican Communion: Prayer, Reconciliation and Evangelism.

• All that we do must be grounded in prayer and faith in Jesus Christ. He has created the Community of St. Anselm for young people (aged 19 to 35) to come and live in prayerful and service-filled community at Lambeth Palace.

• Reconciliation for our Anglican Communion is key to the future for our international Church. Archbishop Welby has visited with every Primate in their own country and then invited each of them to come to Lambeth Palace in January to meet and to discuss reconciliation. We need to talk about how we can agree to disagree and how we live with each other. How do we seek peace amongst ourselves? The Archbishop of Canterbury is using Coventry Cathedral as the symbolic centre of this ministry of reconciliation as its’ history is deeply grounded in the pursuit of peace.

• Evangelism is a must for the Church of every age as we must be about spreading and living the good news. He reminded us that we need to be constantly aware of our mission and where God is already working amongst us. “There is nothing human beings can do that God cannot outdo.” He told us.

The Compass Rose Society is a far reaching, faith-grounded, Anglican society based on supporting the work of our entire Anglican Communion. It was a great privilege for me to attend this meeting and experience some of the breadth and depth of our beloved Anglican Communion.