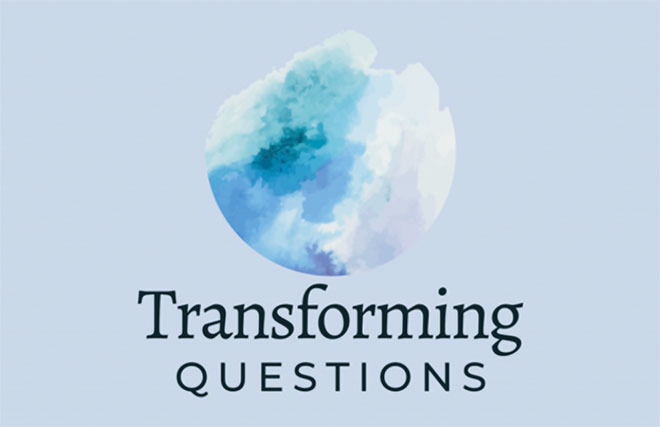 It was about six weeks into the pandemic and I was out on a walk in my East Van neighbourhood. I was looking for some fresh air after sitting at my laptop in the home office. The idea almost felt like a download into my head. Why not do an online confirmation preparation course with the whole diocese?

Preparing for confirmation during the Covid-19 pandemic has a poignancy. Confirmation is a sacrament of touch and touch is one of the very things we can’t do in the church or anywhere really at the time, except now with a very small circle. No hugs or handshakes at the Peace, no casual comforting hands on an arm, no brushing up at a potluck. And, in these times, we’ve faced bewilderment as so many of the sacraments are no longer easily received. Which is why perhaps offering more and different preparation for this particular sacrament seemed the next right thing to do.

The pandemic also opened up the opportunity to gather people from all over the diocese to explore faith using Zoom. Many of us are now used to attending worship, work meetings, and family visits with platforms like Zoom, Skype or Facebook Messenger. Now, for many of us, Zoom fatigue is real but it also offers gathering, conversing, listening, and learning. It seems we’re also at a precious time when we have the newfound ability to experience faith formation in a different way.

The next thing to figure out was what topics and how would they be taught? After poring over catechisms and curricula, I chose Transforming Questions, a free program from Forward Movement. Forward Movement is a ministry of The Episcopal Church (TEC) that seeks to empower disciples. Transforming Questions dives into the core questions of Christian faith and human life:

I liked how it started with big, existential questions first than with a prescribed list of topics.

The course also offered broad and sound theology, an Anglican ethos, and a format that invited lots of discussion allowing people to wrestle with their questions in the company of one another and the Holy Spirit. There was one small hitch – would Forward Movement allow us to adapt the course to a Canadian Anglican context? All the prayers came from the 1979 Book of Common Prayer and there were references to TEC peppered throughout.

In a phone call a few weeks before the launch date, Scott Gunn, the executive director of Forward Movement and one of the writers of Transforming Questions along with Melody Wilson-Shobe, said, “Definitely! Go ahead and adapt the Transforming Questions course. We’re delighted you want to use it.” He gave us carte blanche to edit, adapt, and even redesign the look and feel of the course guidebooks. “But,” he said, “the only thing I ask in return is that you promise to share it with the rest of the Anglican Church of Canada to use as they want too.” We were only too happy to do so. There is a paucity of resources like this for the Canadian Anglican church and yet reinventing the wheel didn’t seem necessary either. Adapting a solid curriculum and offering it online seemed the way to go.

But would anyone want to actually sign up? Offering a course in the summertime, traditionally a time of rest and the ceasing of church programs, was risky. Plus, it was still a pandemic. Plus, it was eleven weeks long. That is a big commitment. Would people want to do another thing on Zoom? With people they didn’t know, perhaps?

The course was also reconceived to have “crowd-sourced” leadership. Each week a different clergy leader would offer the presentation on a core question. And each week small group facilitators would meet with three other people in breakout rooms to help guide discussion. That meant over twenty people would be needed to offer leadership during the program.

The number of registrants needed to make the course a go was twelve. I’d hoped for twenty in all. Two weeks before launch we’d reached fifteen. Then the numbers began to grow. I was scrambling to find strong small group facilitators. Many people I called, emailed, or was referred to said enthusiastic yeses. The week before the launch, the facilitators gathered on Zoom to do an orientation to the program and to the small group format. It was also the last day to register. We had received thirty-five registrations!

So far, Transforming Questions has offered engaging presentations and deepening discussion and relationship. The Confirmation service Sunday,  September 27, 3pm at Christ Church Cathedral, will be a joyful celebration of the sacrament of the Holy Spirit’s strengthening through touch for a group who have been prepared in some ways very differently. May their commitment and curiosity transform and bless us all.