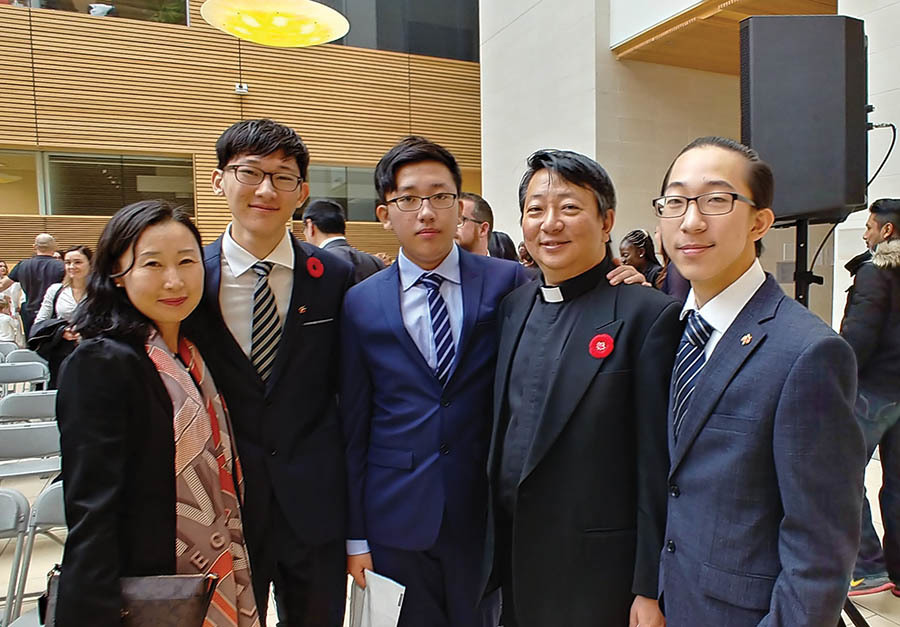 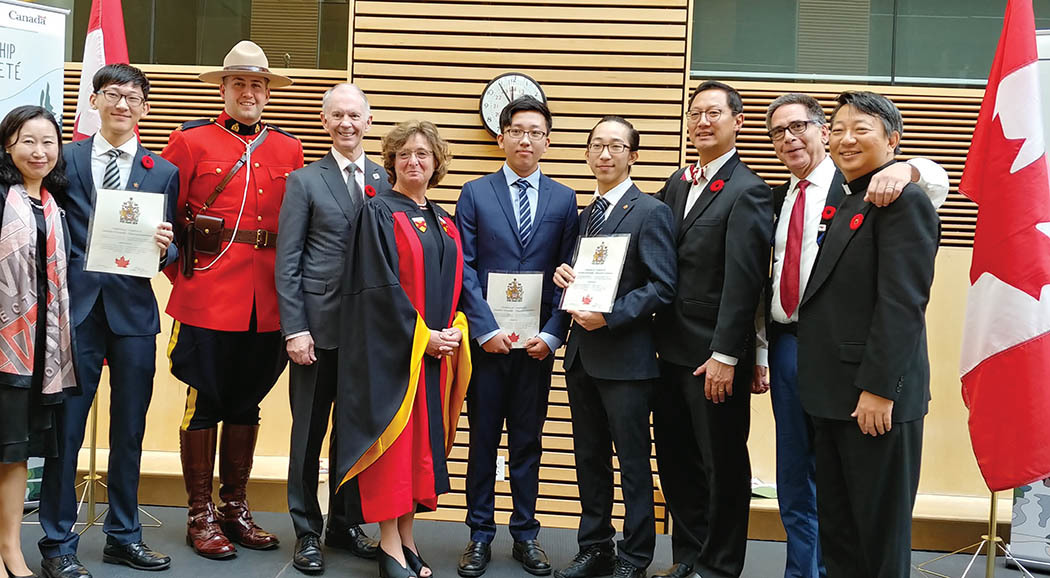 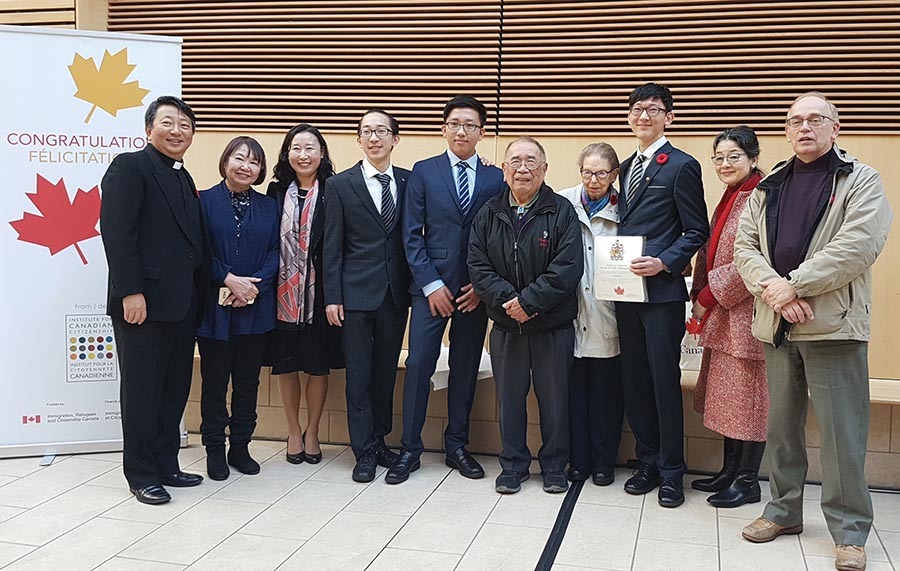 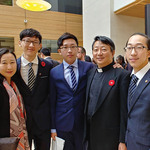 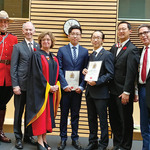 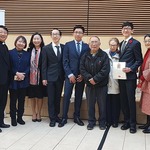 On Tuesday, November 6, the five members of the Im family: Daebin, Hee-joung, Josh, Paul and Philip became Canadian citizens. Many thanks to Father Daebin Im for forwarding these photos and for sharing this happy news with the diocese.

It is hard to believe that 7 years have passed since retired-bishop of the diocese, the Right Reverend Michael Ingham appointed the Reverend Daebin Moses Im as priest-in-charge of Holy Cross, Vancouver. Although his appointment began December 1, 2011, the family was delayed due to immigration details until early in 2012 and the induction took place during a Celebration of a New Ministry, February 8 of that year.

Reverend Im completed his ministry at Holy Cross in the spring of 2018. He is currently in ministry in the United Church of Canada. Although of Korean heritage, Rev. Im is fluent in Japanese.

Following the ceremony the Im family and friends gathered at the Health Sciences Mall at UBC and posed for some celebratory photos.