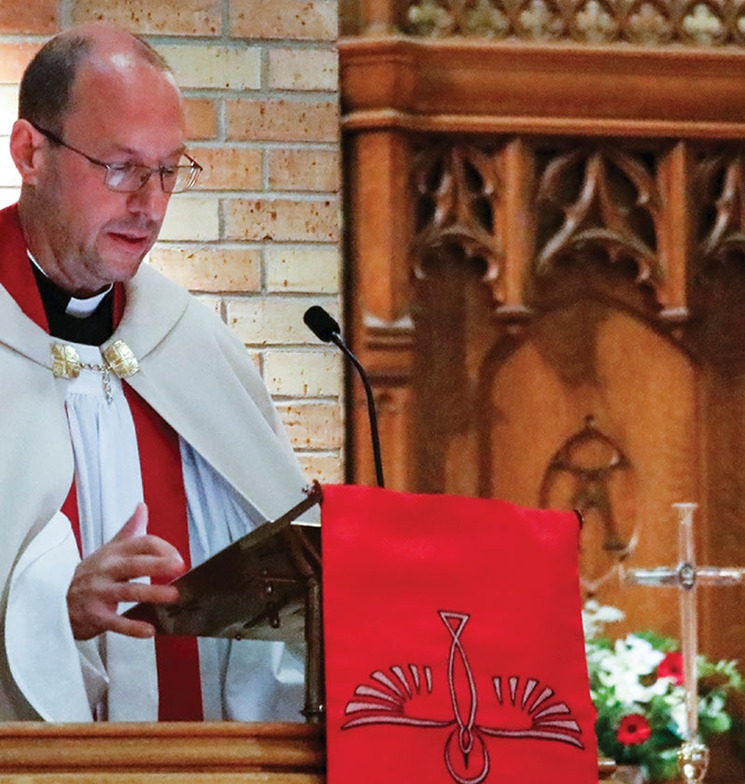 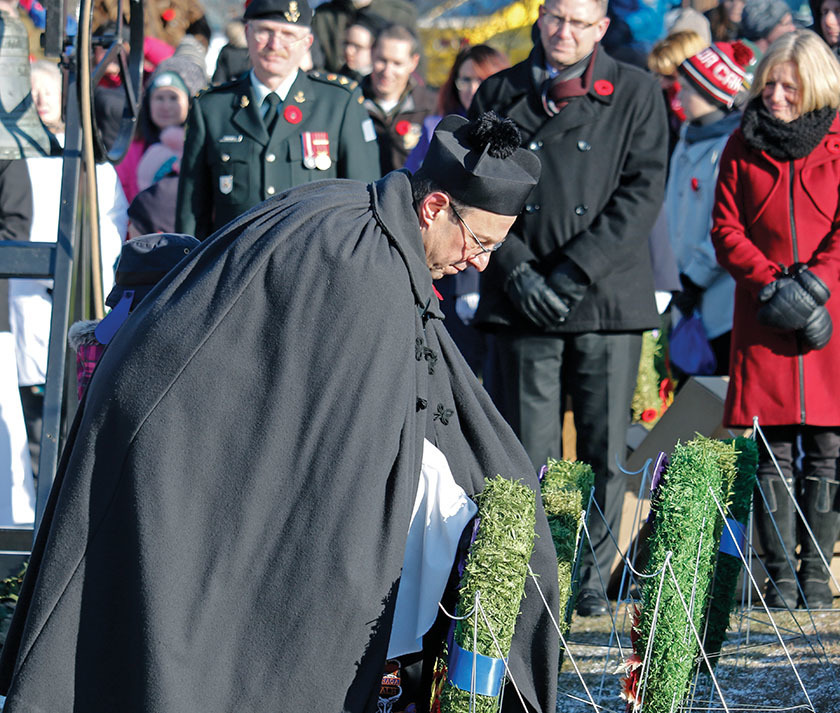 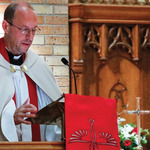 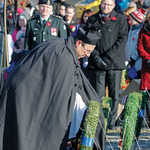 So, there’s an Episcopal chaplain, a United Methodist pastor, an Orthodox priest, and a United Church of Christ minister.

And there’s an Episcopal bishop, and they are  in a bar.  The bishop is from Wisconsin, and the Irish-style pub in New Haven, Connecticut, is built from bits and pieces of de-consecrated churches, with pulpits, pews, organ pipes, a wall of seven stained glass windows and, of course, beer.

This is no joke, although the Venerable Christopher Pappas, soon to be installed as the fourteenth rector of Christ Church Cathedral, can’t stop himself from turning it into one.

“When I felt the call, I was unorthodox in how I did this,” said Archdeacon Pappas, punning on his Greek Orthodox upbringing in recounting his 2003 ordination to the diaconate in the Episcopal diocese of Eau Claire in northwestern Wisconsin.  Where, incidentally, the New Jersey born cleric had never lived.

The motley crew of clergy formed his discernment committee and the Dean of Berkeley Divinity school at Yale found him the bishop; the bishop liked what he saw in the bar but, subsequently, had no full-time job for his newest deacon; the then-Reverend Pappas married to an Albertan; and that explains, more or less, why he was ordained to the priesthood in the diocese of Edmonton in 2004, spent the last 10 years as rector of Holy Trinity, Strathcona, Edmonton, and is scheduled to begin his new ministry in Vancouver on June 1, leaving one locked-down church for another.

Rather than feeling dismayed at the prospect of rattling around in an empty building on his first day, “I’m actually excited,” Archdeacon Pappas said in an interview late last April.  “The Cathedral is an amazing community . . . every new position involves a transition, a change, one way or another.  In one respect, this situation will give an opportunity to create something new without stepping on any sacred cows, because it’s all new.”

The scientist and self-labelled techno-geek sees something like Darwinian natural selection at work in the sudden, sharp shift to live-streamed services and Bible-study-by-Zoom that COVID-19 has wrought.  “The church is being pressured to adapt.”

After the first pandemic wave subsides, “there are certain things we’ve learned (about using technology) that we won’t have to give up,” he said.

“I think we’ve continued the march out of the building and into the world.  And that’s what, I believe, Jesus wants us to do.”

Going back a decade, Edmonton resident Adrian Peetoom was on the 2010 Holy Trinity search committee that hired Archdeacon Pappas.

“He struck us as a very energetic go-getter and that was the deciding factor,” Mr. Peetoom said in an interview. “And he’s certainly lived up to that.”

From a state of gentle decline, Holy Trinity climbed back up the slope to robust health, with substantial Sunday attendance, a poet-in-residence, annual Fringe Festival performances, a youth outreach ministry, ecumenical community meals, an Equally Anglican voice speaking for LGBTQ+ inclusion, and much more. But Holy Trinity Edmonton’s committed rector took time to lay the groundwork.

“The first year, he sniffed out what the parish was like and who was in it,” Mr. Peetoom said.  “He didn’t come in with a program . . . he looked for people with gifts.”

Clearly, that’s going to happen again, at the Cathedral.  “The first thing I need to do is know who everybody is and what they do,” Archdeacon Pappas said.

But he’s bringing at least two enthusiasms with him. As a board member of Outreach to Haiti, he’ll be talking to anyone who’s interested about the health and education work the Connecticut-based, Roman Catholic-sponsored charity does in the Caribbean country.

And, with the Cathedral home to both the Seaforth Highlanders and the British Columbia Regiment, the cathedral’s new rector said, “I certainly intend to be engaged.”

As a padre to the South Alberta Light Horse regiment, “I received as much as I offered,” he said.  “I walked with some people through some difficult times . . . most of the people I talk with are doing it out of a sense of duty.”

“You (the military) offer yourself for us.  The least I can do is offer my support.”

A third enthusiasm likely to endure in Vancouver is his evident belief in Twitter as an effective forum for political discourse.

Given Archdeacon Pappas’s dual Canadian-American citizenship, Donald Trump is never far from the centre of his Twitter attention. But Alberta premier, Jason Kenney, and his health minister, Tyler Shandro, have both come under recent Pappas fire.

He admits to pulling few punches on things he cares about most, - health care, LGBTQ+ rights, and, perhaps, a new president for the United States.  “Sometimes I do overstep and I realize that, but I try to be constructive and call people on policies.”

His overt political ways are nothing new. Even through the 1990s as a neuroscience researcher at Yale University, he was out working on campaigns. “Politics was always something that was important to me,” he said. “I believe in living a well-rounded life.”

He moved whole-heartedly into the game in 1997, running a winning campaign for an underdog candidate for Connecticut’s secretary of state. He then worked for four years as her assistant secretary, and overseeing the computer division.  One achievement: the roll-out of a state-wide electronic voter registration system.

“I’ve not left things behind,” Archdeacon Pappas said, of his varied resume.  “I like to solve problems and create new things. . . my positions have always been about trying to figure out how things work.”

As he neared graduation, in biology, at Trinity College in Hartford, Connecticut in 1984, Christoper Pappas had two applications in front of him - one for an Orthodox seminary, one for grad school.  “I filled them both out. I prayed about it and I sent in the one for graduate school.  That was the call at the time.”

However, his undergrad years had introduced him to the Episcopal Church, by way of the college chapel. “I was drawn by the liturgy and the sense of mystery.”

When the call, or, as he again punned, the “recall” to the priesthood came, about 20 years ago, he knew his direction wouldn’t be orthodox or even Orthodox, though all four of his great-grandfathers were Greek Orthodox priests.

“If we could have a sit-down conversation,” he said, “I think they’d be happy that I’m following God’s call.”

An uncle-by-marriage was also a Greek Orthodox priest, and Archdeacon Pappas has worn his uncle’s gold vestments on Christmas Eve and at the Easter Vigil.

Mr. Peetoom, watching as his priest and his friend packed those vestments, said the Cathedral and the diocese can expect someone who likes eating and drinking fine wines- a bon vivant even; someone who shamelessly uses the pulpit to promote Greek food; who takes his iPad out to work in coffee shops and pubs; and brings his dog in to work in the office.

“If he doesn’t satisfy after six months,” Mr. Peetoom said generously, “send him back.”