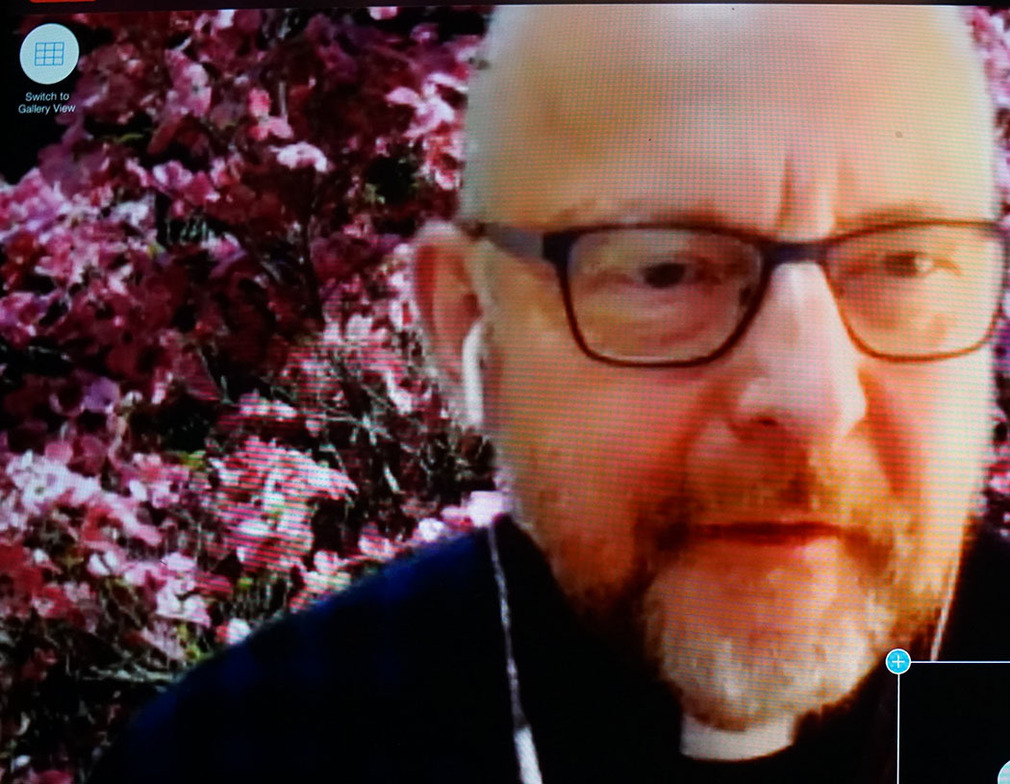 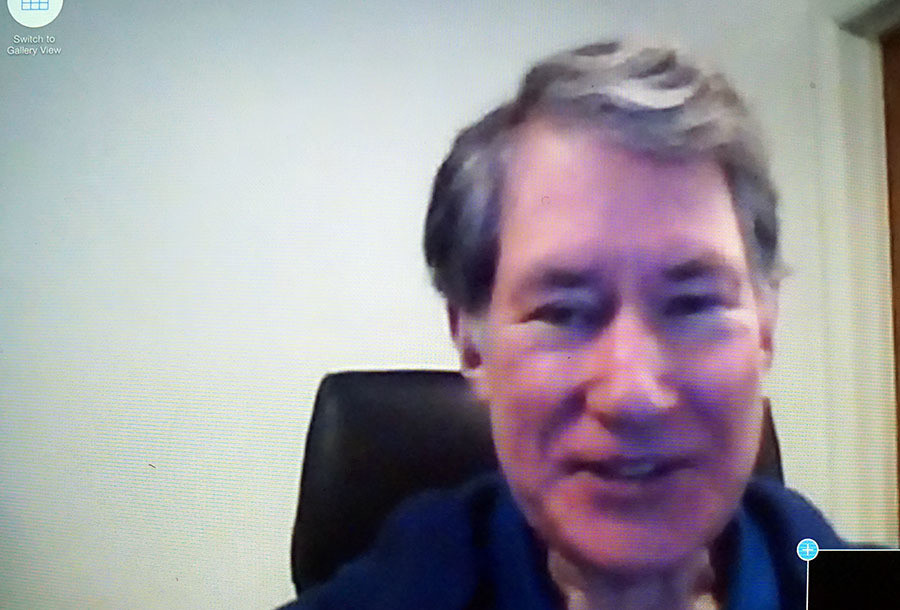 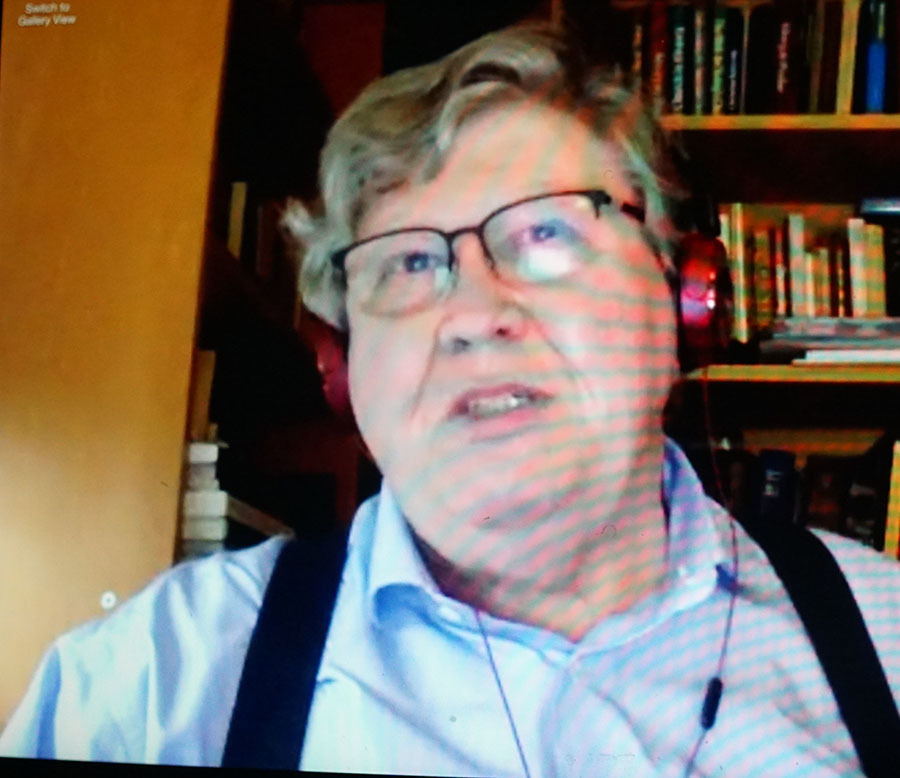 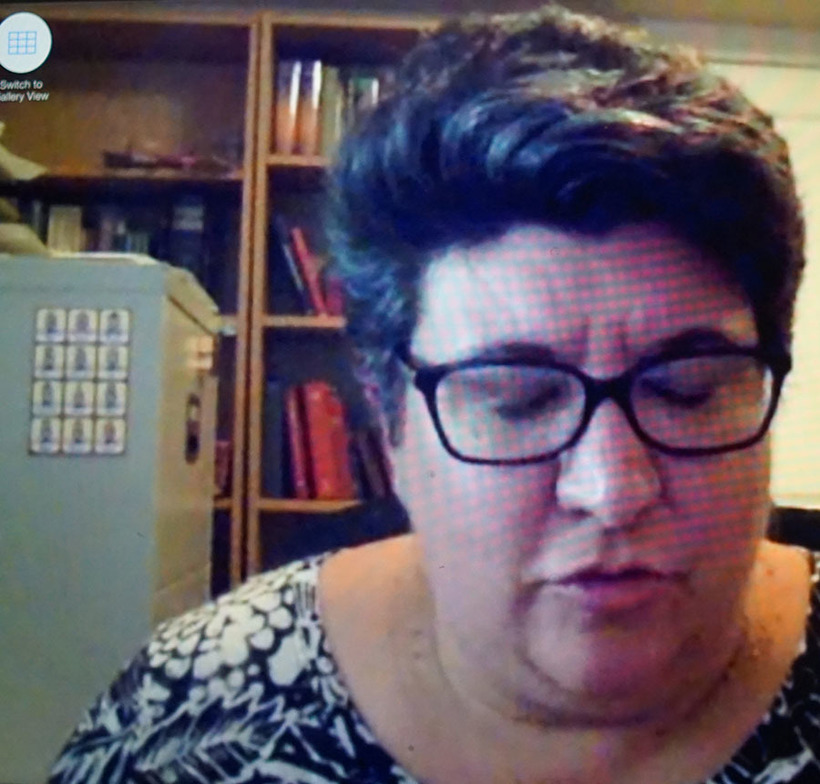 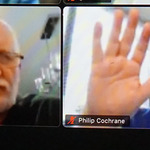 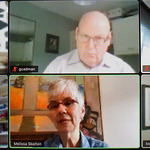 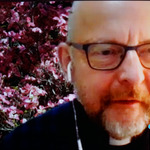 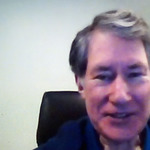 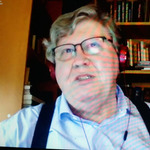 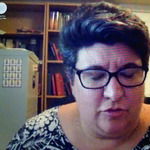 The May 20, 2020 extraordinary meeting of Diocesan Council, the third ZOOM gathering of the governing body of the diocese began on time at 6:30pm.

Archbishop Skelton was chair and there was a full compliment of Council members present both on screen and via cell phone.

The Reverend Canon Jonathan LLoyd, Capilano Archdeaconry clergy rep, Regional Dean of Sea to Sky and Rector of St. Stephen’s, West Vancouver began the meeting with prayers. Seated in front of a large pink rhododendron bush, Canon LLoyd received kudos from Council members for having the “best background.” Following prayer there was a Zoomtastic rendition of the Happy Birthday song and best wishes for Len Reimer, Fraser Archdeaconry lay representative to Council, St. Cuthbert’s, Delta who was celebrating a milestone birthday.

Agenda Committee member, Jane Hope, Burrard Archdeaconry lay rep, Christ Church Cathedral, reminded Council of the Meeting Norms, and directed Council that to vote while on Zoom, they would need to hold one hand up in front of their camera.

Agenda Committee member, Jade Martin-Seedhouse of St. Mary Magdalene and one of two Youth Members of Council, held the role as scrutineer and counted the votes. Jade asked that people hold their hands up a little longer than they might think necessary to ensure the votes were counted, and those on the phone would need to signify by speaking.

The Agenda for the meeting was brief:

There were two typos and some titling mistakes in the Minutes which were noted to be corrected and the MINUTES were approved as amended.

The next item was the principal reason for this extraordinary meeting:

The Report of the Nominating Committee

Jane Hope led Council through the PowerPoint presentation with a photo and brief information about each nominee. Jane said that the Nominations Committee approached many people around the diocese with the assistance of Council Members and they were now able to offer for approval a group of 11 (Chair, 5 clergy, 5 lay) who have all said “Yes.” Jane said that her fellow Committee members: Sharon Grove, Granville Archdeaconry lay rep, Holy Trinity, Vancouver, Len Reimer and Peter Bailey, Lougheed Archdeaconry lay rep, Christ Church, Hope worked hard and stayed focused during the three weeks of searching.

The précis that was presented with the resolution is as follows:

The Nominations Committee have reviewed the criteria for the Episcopal Elections Committee (EEC) set out in Canon 2 and have sought to present a slate of candidates who reflect the diversity of the Diocese, including by meeting the criteria set out in Canon 2.3(b). Several members of the diocese submitted nominations; we are particularly thankful to the regional archdeacons for their assistance in this regard. After further discernment, several candidates whose names had initially been put forward decided to withdraw from consideration.

Diversity in all manifestations was sought, including in relation to age, ethnicity, gender identity, and theological perspectives. We also are proposing candidates who represent the breadth of the geography of our diocese; no two parishes are the same and all are greatly informed by their context. Each archdeaconry is represented at least once, among the proposed slate below.

Each candidate was briefed on the expected responsibilities of this work by the Nominations Committee. The Committee expresses its gratitude to each candidate for their willingness to serve. A brief biography of each candidate is included.

(A .PDF with the photos and bios is attached below for downloading).

Archbishop Skelton asked Council if they had questions or wanted to engage in further discussion about the nominees, as they did not, the question was called, the resolution was CARRIED and the 11 nominees were appointed by Council to be the Episcopal Elections Committee.

Len Reimer asked through Jane Hope that it be shown in the MINUTES that Council will hold up this group in prayer and encourage others to do the same.

Archbishop Skelton said, “pretty exciting, we have a committee…and we have a chair.” The archbishop added, “I already feel exhilarated.”

Chancellor George Cadman, ODNW who has chaired the Episcopal Election Committee twice said that the work that has been done over the recent years keeping the Diocesan Profile up to date and full of helpful content (here is the link on the diocesan website), and the continuing overhaul to the Constitution, Canons and Regulations have put this Committee in an excellent position to seek and vet episcopal election candidates.

The Electoral Synod is scheduled to take place Saturday, October 3, 2020.

The two items of New Business connected to finances were discussed with Treasurer, Bob Hardy, ODNW taking the lead. Regarding the CEBA loans, members of Council had some varying opinions about the wisdom of parishes making application for these loans. Archbishop Skelton proposed that Council’s financial team analyze the potential long-term consequences for parishes that qualify and wish to participate in this program. Archbishop Skelton with others suggested that a written summary authored by Bob Hardy with input from the diocesan legal team would be very helpful in guiding parishes.

Regarding Parish Priest’s Salary Support through June, Archbishop Skelton began the discussion saying that a few parishes have some concerns about income and expenses but on the other hand many parishes are doing quite well. As there are meetings with priests-in-charge and parish officers already scheduled, the archbishop said that those discussions will also include some anecdotal reporting and Q&A on parish finances regarding the need for increased funding from the diocese. Currently it is difficult to arrive at solid conclusions as the Director of Finance, Shailene Caparas is waiting for parishes to submit their March and April financials. There were also some concerns that the hardest time for finances may be out in front of us, likely in the spring of 2021. Members of Council had some ideas about ministry initiatives in response to COVID-19 isolation that would be benefit from funding.

It was agreed that this will be looked at in more details at the next scheduled meeting of Diocesan Council, June 10.

The Reverend Philippa Segrave-Pride, Chair of the Mission and Ministry Development Committee and Interim Priest-in-Charge of St. Clement, Lynn Valley closed with prayer.

The meeting was adjourned at 7:45pm.