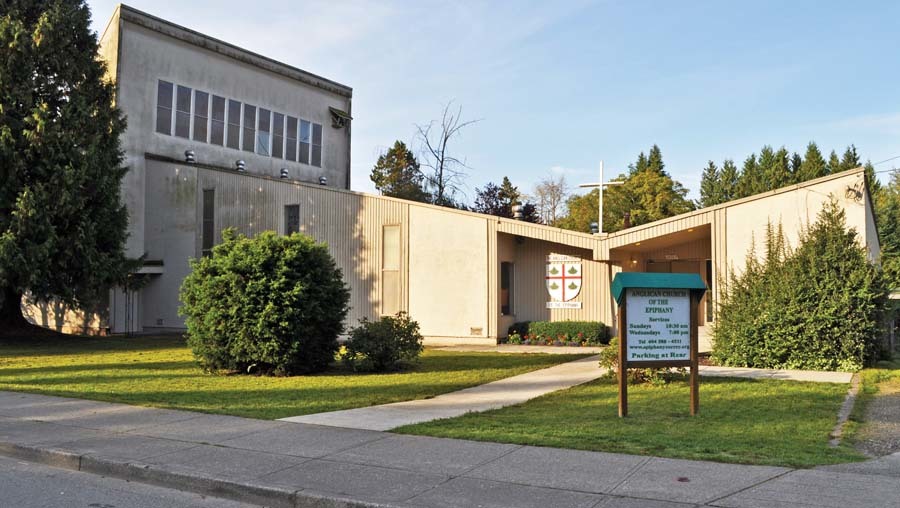 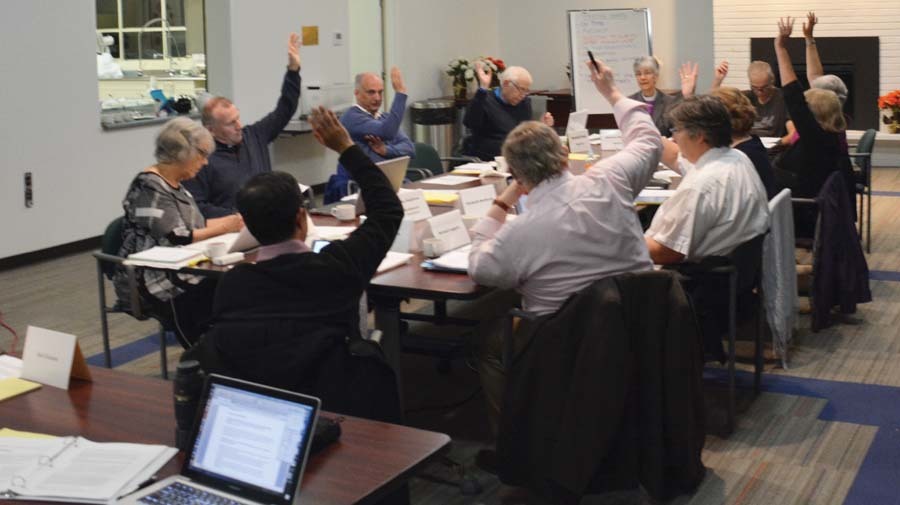 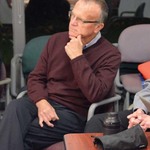 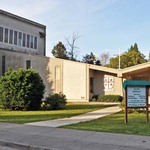 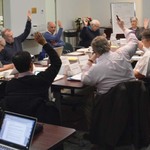 On October 19, 2016, almost 46 years to the day after the first service was held in the current building of the Anglican Parish of the Church of the Epiphany, Surrey (Epiphany) Diocesan Council, the governing body of the Diocese of New Westminster received a motion from the August 30 joint meeting of the two standing committees (Ministry and Mission Development {MMD} and Management, Property and Finance {MPF}). The motion gives permission for the parish to sell part of the land, to provide a forgivable loan up to a maximum of $650,000 matching what was raised by Epiphany’s 2013 capital campaign, and permission to seek a commercial mortgage up to $350,000 to enable a new building to be built.

A new church on the site to replace the 40 year old building built on a shoestring to a generational design which Epiphany folk describe as “architecturally significant for six weeks in 1970” has been high on the agenda of our Surrey faith community for 11 years.  There have been advances and setbacks over the years in this quest but our resolve has not changed significantly since 2011, when vestry voted by 42 to 5 to proceed with the redevelopment of the Epiphany site (church and rectory).  It was also during this period of time that the Ministry Assessment Process (MAP) was taking place around the diocese and an expert stated, “

"The building needs substantial repair and renovation. If the current layout does not serve ministry needs, it may be cheaper to tear down and build a more appropriate structure.”

In the final MAP report later that same year MAP leaders in the parish wrote,

“we firmly believe that a new building which is warm, inviting, comfortable and sustainable will play an important part in building the life and witness of our parish. At present we have something that is inaccessible and inhospitable and therefore does not reflect our values as a community. A new facility is vital to the growth and development of our parish.”

In the years that followed Epiphany was given permission to demolish the rectory and the aforementioned successful capital campaign took place with donations and pledged donations of $600,000 to date. What has really changed recently is the value of land in the Metro Vancouver Area which can now allow a medium sized congregation of 80 people without deep pockets to source a significant injection of external finance.

At the meeting at the Synod Office on October 19 the present Chair of the Epiphany Building Committee, Doug Williams, Deputy Chair, Dianne Stebbing and I the current rector were in attendance. The motion was proposed by Bob Hardy, Treasurer, and after a series of questions the motion was put. The vote was unanimous although there was a barrier which was the fact that the October 19 Diocesan Council was two short of a quorum (the unanimous decision was ratified when the Minutes of the October 19 meeting were approved at the November 9 meeting).   The Epiphany group were then treated to a standing ovation and Bishop Skelton who was chairing the meeting invited the me to speak. I said that it had been a long journey to this moment and the parish were grateful for the support of all diocesan leaders, especially Bishop Skelton, the Treasurer, Bob Hardy and the Registrar, Don Paul for their assistance and encouragement. I also said that I am looking forward to inviting everyone to the dedication of the new Anglican Parish of the Church of the Epiphany in due course.

At Epiphany we have been blessed by a dedicated group of people willing to share the crazed notion of the rector that a new building was possible. However, it has been the vision of the congregation as a whole who understood that mission and ministry had to be at the forefront of our work and that a new building is key to serving our local community so much better than we can at present.

It has been the congregation who had faith (and patience) that if we trust in God, by prayer and hard work we can make dreams become a reality.

(This article is an excerpt from the full feature article published in the December 2016 issue of Topic, the publication of the Diocese of New Westminster)