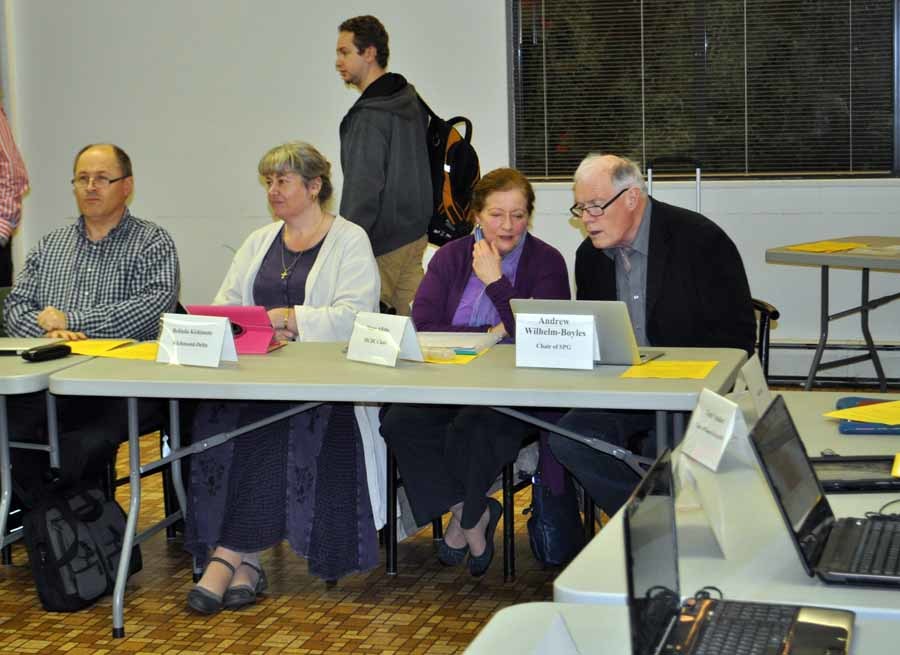 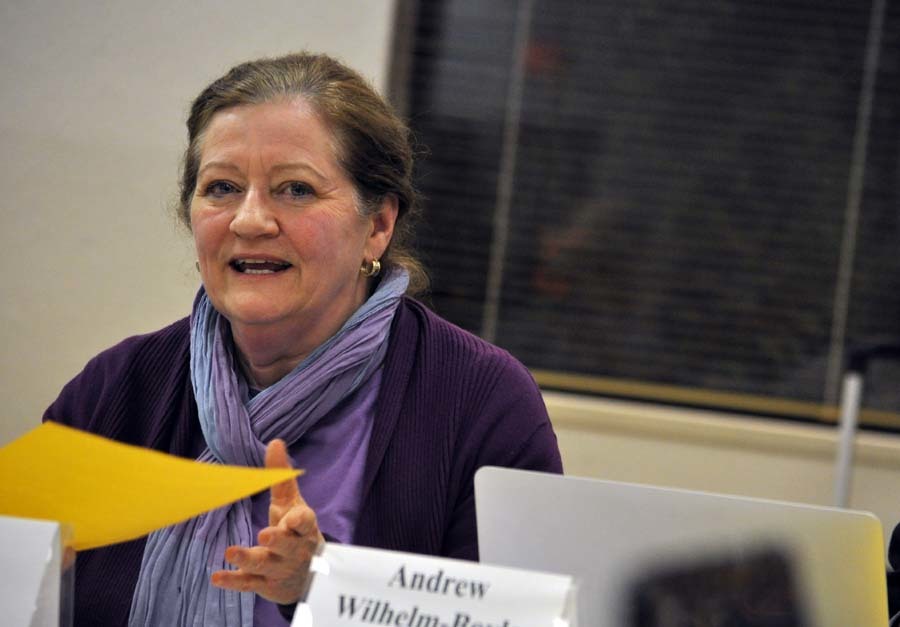 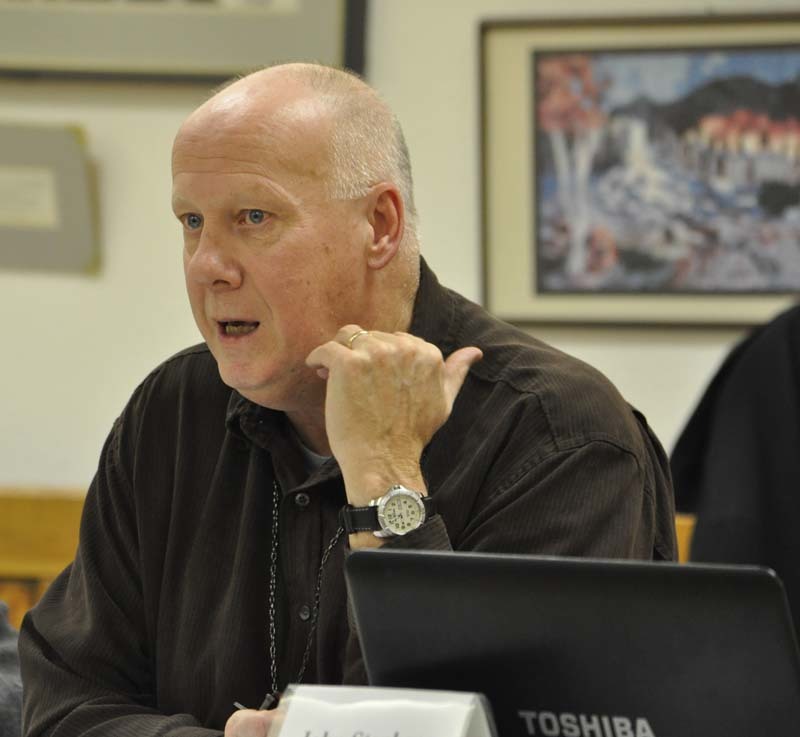 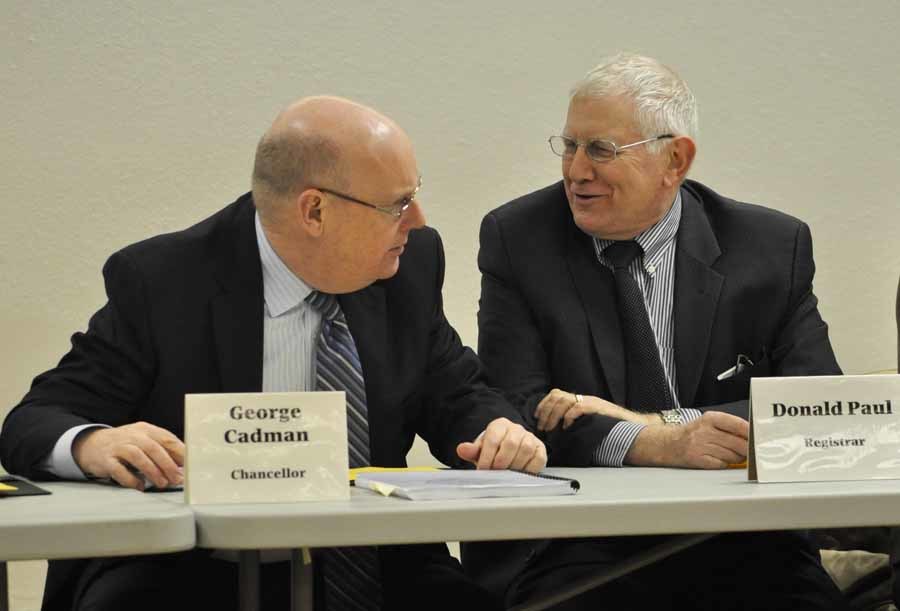 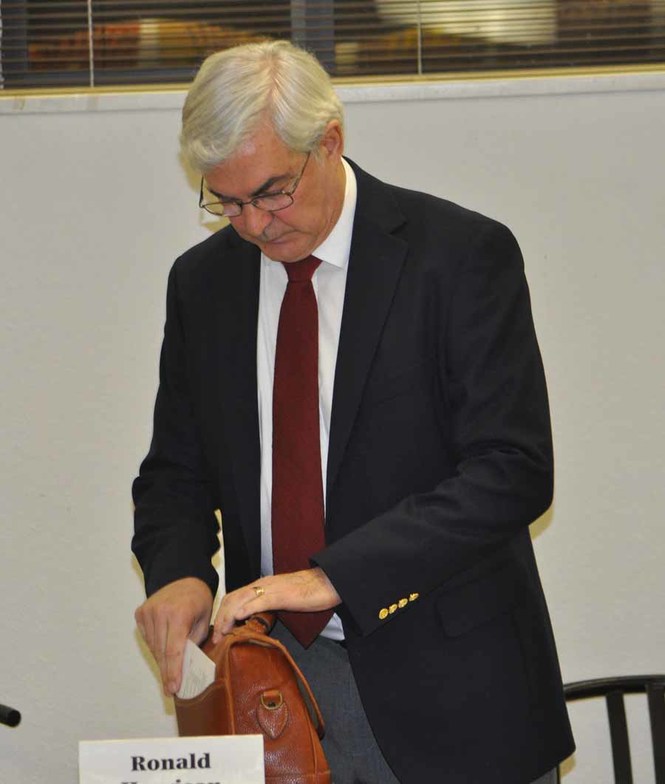 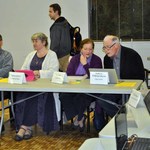 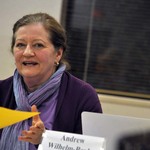 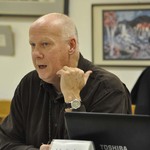 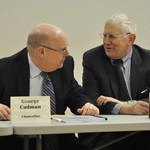 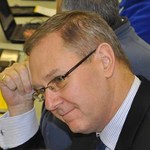 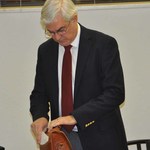 There were two major items on the agenda for this the December, 2012 meeting. One of the items was In Camera.

Bishop Michael began the meeting by mentioning the death of Archdeacon Ian Grant formerly of our diocese. The Venerable Ian Grant, died after contracting a rare and fatal brain disease at the end of October. From 1970-1987 he was incumbent of St. Catherine’s, Capilano and he was priest-in-charge at Christ Church Cathedral during the transition period between Dean Northcotte Burke and Dean Herbert O’Driscoll, 1968-1970.
Bishop Michael then went on to speak about the Archbishop of Canterbury designate, the Right Reverend Justin Welby and said that he would like Diocesan Council to send official greetings to Bishop Welby and also send an official message of affection to the outgoing Archbishop, the Most Reverend Rowan Williams.

There are some interesting developments happening around the diocese and one of them is the growth of ministry to the Filipino community in Vancouver. Bishop Michael pointed out that there are a number of Filipino priests in our diocese now and that he had enjoyed a visit with Bishop Alex Wandag of the Episcopal Diocese of Santiago who is here on sabbatical visiting his family who now live in Vancouver. His wife, Grace is in parish leadership at St. Michael’s, Broadway.
Bishop Michael also mentioned that there is a postulant originally from Korea who would like to begin Anglican ministry to the Korean community located in the regions of the diocese.

Faith leaders in Vancouver were asked to attend a meeting in Premier Christy Clark’s office to help her get a sense of what is in the hearts and on the minds of members of their faith communities. The Premier was very open about being an Anglican and how her faith and her commitment to her church has helped shaped her values.
Bishop Michael was in attendance at that meeting but when it came time for him to respond to the question, there was very little time left. Bishop Michael offered two pieces of information for the premier during his time to speak.
1. the minimum wage is too low and needs to be raised
2. the economic benefit of the Enbridge Northern Pipeline will not outweigh the environmental impact. The Premier asked if that was the position of our church, the bishop responded that it is the position of her diocese.

Bishop Michael informed DC that all of the comments (all the answers to the four questions asked during the Circle Conversations, November 17th, 2012) will be available on the diocesan website however, it couldn’t be posted today as the diocesan website was hacked and completely disappeared for over two hours. Communications Officer, Randy Murray was hesitant to put up a lot of data until Webmaster, Charles Nurse had found out the source of the breach and the potential consequences.
(The WEBPAGE is now up with the content, to access click the link)


He asked that DC break into groups of four and discuss two questions for a total of 15 minutes.
1. What were the main issues heard at the Special Synod?
2. What are the next steps for Diocesan Council and the diocese to take in proceeding?

The groups of four chose a reporter and each reporter addressed Council. Here is a sampling of the responses.
To Question 1
• Better and more communications and more visiting needed.
• There is a general feeling of “us” and “them.”
• Together in Mission fundraising campaign would’ve been more positively received if it had been more parish based.
• People who spoke at the Special Synod liked the process of being able to respond publicly to the questions.
• The forming of the case was top down and there was no compelling narrative and it did not seem to connect to Plan 2018.
• There was a perception that there was agreement with the Compton Report.
• There are broken relationships in the diocese and they are not just connected to SSB’s and questions of sexuality.
• Where are the next generations of givers?
• The Synod Office is seen to be an extravagant expense.
• A lot of blame directed at the leadership for not solving problems at the local level.
• Some of the responses were very internal (Congregationalist).
• Fear of the future.
• Sustaining vital ministries is a very challenging situation in this time.
• 200 people showed up, they are engaged.
• Many people were happy to have the opportunity to be together and speak and hear each other.

To Question 2:
• Having the material collected at the Special Synod available to all is important.
• From the collected material, develop some programs that address the comments.
• Need to build stronger relationships between the Synod Office and the parishes.
• The benefits of being part of a diocesan church must be communicated regularly and effectively.
• What is our product? We need to move forward and communicate that in a place of competing loyalties.
• Diocesan Council can help illustrate that everything we are working toward in ministry is connected to Plan 2018.
• All levels of the diocese need to be pro-active, deaneries, archdeaconries.
• Visiting parishes and building relationships with and between parishes by people who have a diocesan profile.
• Intentional programming that could be distributed to help people understand and appreciate Anglican Identity (Anglican 101).
• Clarify who we are as a diocese.
• Could we have a section of Synods that are sound bites of successful ministry.

Bishop Michael suggested that we sift through the material and identify the commonalities and then work on parish and diocesan priorities by “re-connecting.” Reconnect Task Force is a possible title for the group. Bishop Michael said that this work of addressing these issues is the primary work of Diocesan Council for the next few months. It should not be “the usual suspects” but a fresh and visionary group who also understand the structure of the diocese and how it functions. Bishop Michael will bring forward a proposed Terms of Reference for the group and a proposed membership list at the January meeting.
The report of that proposed task force may very well shape the content of 2013 Diocesan Synod and therefore that group should liaise with the Synod Planning Committee. The SPC is already meeting and in the early stages of developing Synod 2013.

MINUTES
The minutes of the 11-13-2012 meeting were approved with one spelling correction.

George Cadman, the Chancellor had drafted a letter of greeting and best wishes to the Archbishop of Canterbury designate, The Right Rev. Justin Welby
And he also drafted a letter of greeting and thanks to the outgoing Archbishop, the Most Reverend Rowan Williams.
These will be sent on behalf of the Diocesan Council of the Diocese of New Westminster.

The meeting ended with Bishop Michael announcing that this would be the last DC meeting for the Venerable Ronald Harrison in his role as Executive Archdeacon, he retires December 31st, 2012.
That was followed by an ovation from Council and a song of tribute sung by a choir consisting of Archdeacons, Regional Deans and Synod Staff.
Bishop Michael adjourned the meeting following The Grace at 10:25pm.

the Archdeacons of the five Archdeaconries
the Archdeacon who is the Director of Deacons
two additional Diocesan Legal Officers, (Registrar and Legal Assessor)
a Lay Secretary, a Clergy Secretary,
the chairs of the Diocesan Standing Committees
there are two Deanery reps either Ordained or Lay. Sometimes Deaneries have two lay reps and sometimes two clergy reps, sometimes one of each. A Deanery is a group of churches, geographically affiliated and the reps are elected at the Annual Synod Meeting.
Synod Staff also attend meetings but are not members of Diocesan Council. They include: Business Administrator, Director of Planned Giving, Comptroller, Youth Coordinator and Communications Officer (and other staff as required).
Diocesan Synod consists of all the active clergy in the Diocese of New Westminster and 2-6 lay people elected from each diocesan parish proportionate to the size of the parish community.
Diocesan Council functions as the Synod between Synods, it is a representation of the large group that meets annually.
Diocesan Council and Diocesan Synod are both chaired by the Bishop.
Diocesan Council meets monthly on the second Tuesday of the month usually at St. Augustine, Marpole at 7:30pm. Diocesan Council is adjourned for the months of July and August.