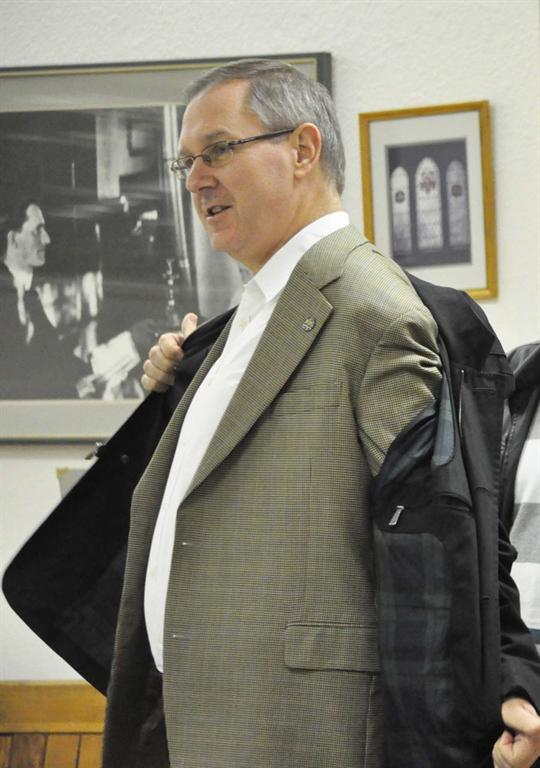 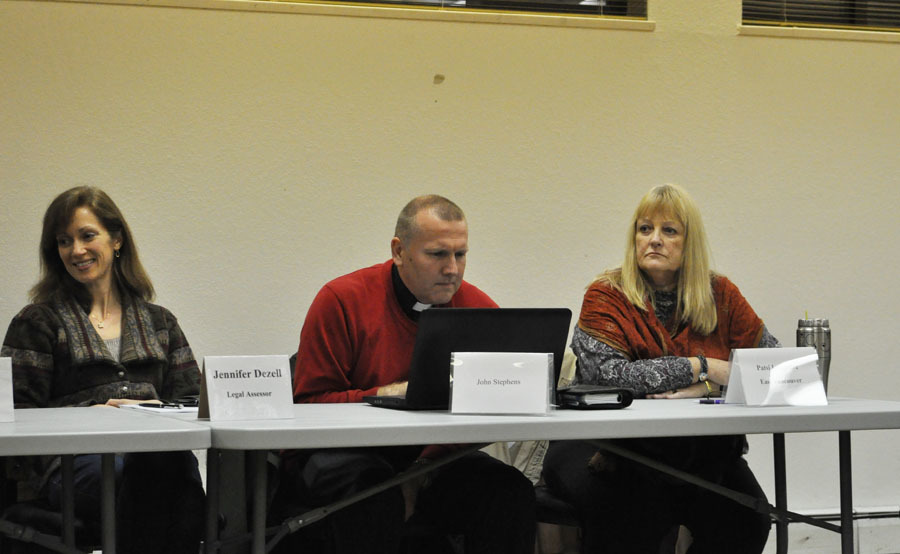 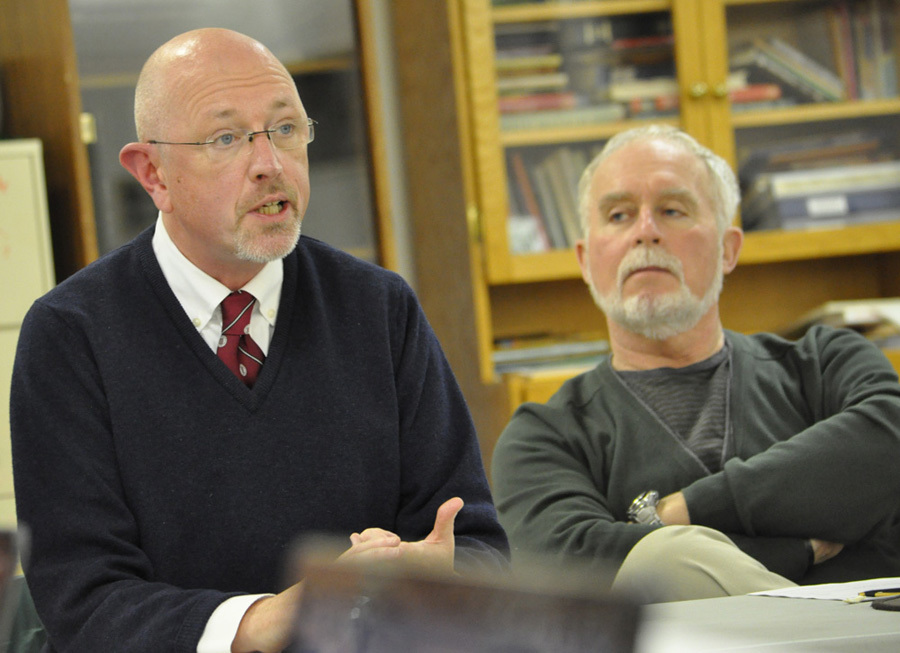 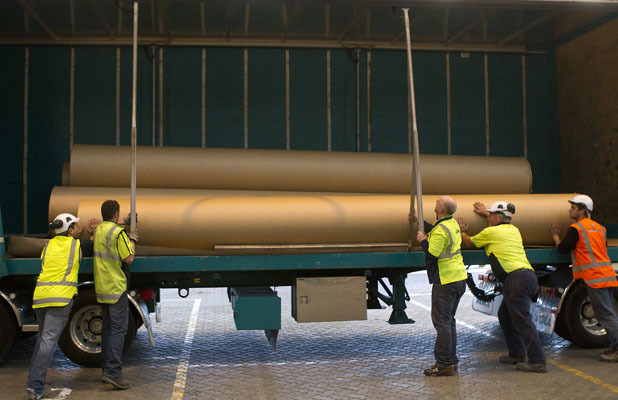 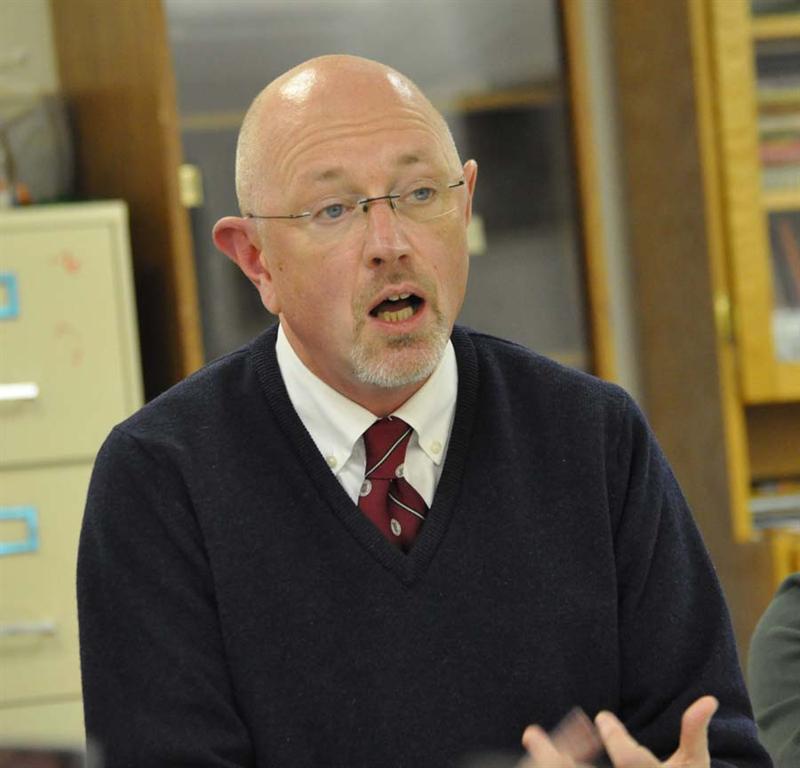 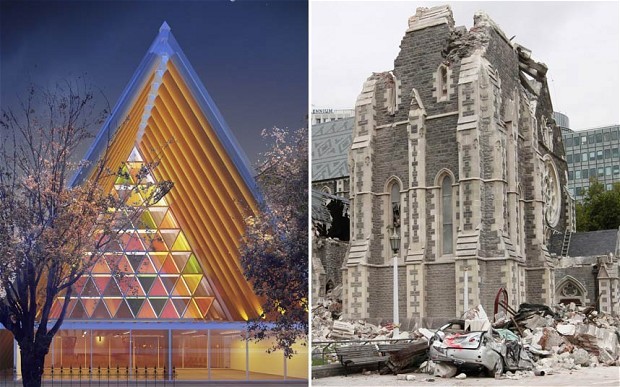 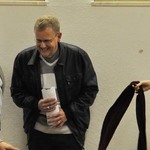 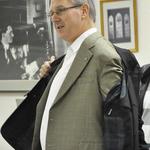 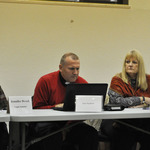 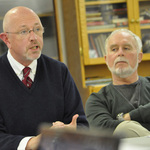 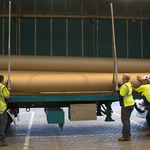 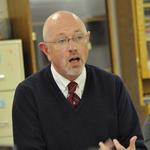 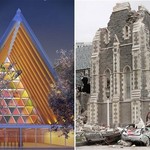 Bishop Michael welcomed Council and took the opportunity of a light agenda to share with DC some events that have taken place in his ministry since Council’s September meeting. (The Bishop was unable to attend the October meeting as he was returning from meetings in Canterbury, England).
First he highlighted The Rev. Melanie Calabrigo’s ordination to the transitional diaconate which incarnated our unique relationship with the Lutheran church. It was a very special liturgy where both Bishop Michael and the Bishop Greg Mohr of ELCiC laid hands on Melanie for ordination.
Next he spoke of the relationships developed at the Clergy Conference in early October and how collegiality in a meeting such as this creates a context for friendships to develop and an atmosphere where clergy can share their experiences and how they deal with the stresses of ministry.
Next on Bishop Michael’s calendar was the annual meeting of the Compass Rose Society in London, an organization that supports the ministry of the Archbishop of Canterbury by raising and contributing funds to help worthy recipients around the Anglican Communion.
He told Council of the long-awaited October 11th Service of Reception of Holy Orders for The Reverend Expedito Farinas and the moving worship experience that commemorated that event. Bishop Michael was particularly moved by the singing of the Lord’s Prayer in Tagalog during the Eucharist.
At the request of Enbridge, Bishop Michael met with Enbridge Officials and other church leaders to share their concerns.
Bishop Michael also attended a National House of Bishops meeting returning at the end of the month for the Fourth Annual Investiture of New Members to the Order of the Diocese of New Westminster. The presence of Archbishop Colin Johnson at that liturgy as preacher reminded us of the generous grant received by the Diocese of New Westminster last summer from the Diocese of Toronto to help offset the legal costs of the years of litigation. His presence among us and the support of his diocese dramatically illustrates that we are connected in the Body of Christ. It was, as always, a wonderful celebration of the rich gifts of ministry given to the laity of our church.

Bishop Michael then asked Dean Peter Elliott to give a brief report on his participation at the Anglican Consultative Council held at the Auckland Cathedral in Auckland, New Zealand, October 27th-November 7th, 2012.

Peter reminded DC that the ACC is the only international Anglican authoritative body that is not just bishops but includes priests and laity. Peter was the Priest delegate from the Anglican Church of Canada.
The Church in New Zealand is divided into three streams, Pakeha (settlers i.e. western Europeans), Polynesians and Maoris. They function very well together and visitors get to enjoy three welcome dinners instead of just one.
This 2012 meeting was a “bit of a love-in” for a variety of reasons but one reason was that it was Rowan Williams last Anglican Communion meeting and he was travelling with a group of about 100 people, but all delegates were offered wonderful hospitality.
The ACC meets every two to three years to advise on the organization and structure of the Anglican Communion and to develop some commonality regarding the world mission of the church. There were many items up for discussion including follow-up on The Bible in the Life of the Church project that was the result of a resolution passed at ACC in 2009 and Generous Love the 2008 report from the Anglican Communion Network for Inter Faith Concerns.
No decisions were made about the Anglican Covenant at the recent gathering of ACC.
Peter spoke about the amended fourth Mark of Mission which came about due to Diocese of Nova Scotia and Prince Edward Island Bishop Sue Moxley’s proposed resolution to add a sixth mark of mission. However, through some editing and wordsmithing the revamped fourth “Mark” was crafted.
To seek to transform unjust structures of society, added these words added after a comma, to challenge violence of every kind and to pursue peace and reconciliation.

Bishop Michael asked DC members if there was anything that they would like to bring to the floor.
Chancellor George Cadman asked about the visit of Bishop Mark Macdonald to our diocese on November 24th, 2012, at St. David of Wales in East Vancouver. The Reverend Clarence Li who is one of the organizers of the event spoke to DC. The all-day event is to help educate Anglicans about the Truth and Reconciliation event coming to Vancouver next September.
Chief Bobby Joseph of the Indian Residential Schools Survivors Society will also be at the November 24th day. Their message will be helpful in bringing forward new information to help educate, create awareness and encourage dialogue. Registration information is available on the diocesan website

The Chancellor asked the Dean if he had any information about the recovery of ChristChurch, Cathedral in Christchurch, New Zealand in the wake of the February 22, 2011 earthquake. Peter said that the devastation was just massive, and asked people to imagine what it would be like if Vancouver had an earthquake at Burrard and Georgia and many of the buildings situated from that point down to the waterfront were destroyed.
The Cathedral church is one of 26 buildings devastatingly damaged by the earthquake.
Bishop of Christchurch, The Right Reverend Victoria Matthews, the former Bishop of Edmonton has cautioned against disproportionate focus on the Cathedral building as it was just one of the many buildings destroyed
According to the ChristChurch Cathedral in Christchurch website,
“An inspirational Transitional Cathedral, using the innovative design by Japanese architect Shigeru Ban, will be built on St John’s Latimer Square site…”
“The temporary structure will serve as a place for community worship and gathering until a new permanent cathedral is built. After this time, the Transitional Cathedral will become the worship centre for St. John’s parish, whose Church, vicarage and hall had to be demolished following the Feb 22nd quake.”


Bishop Michael also reminded Council that there is a new Archbishop of Canterbury, he is the Bishop of Durham, The Right Reverend Justin Welby and he recommended the Archbishop’s first press conference. Please click the link.

4. MINUTES
The Minutes of the October 9th meeting were accepted as distributed

6. ACTION – FOR DEBATE
6.1 St. Jude’s Anglican Home – Grant request to Anglican Foundation.
Treasurer Ian Robertson told Council that the request had been affirmed by the Administration and Finance committee. Bishop Michael reminded Council that each diocese can approve through to the next stage three applications a year.
The grant application requested $12,000 to assist in the capital improvement to the security of their outdoor patio.

The MOTION was carried

6.2 St. Agnes – Request to lease premises for daycare use.

The Parish of St. Agnes – North Vancouver wishes to enter into a five year lease with a tenant for part of their premises. This is a current tenant – a school/daycare. They have had advice that the lease document is in order from a legal perspective. In the discussion at A&F it was felt that the lease proposal was positive, in principle, but that there were some areas of the Lease that required additional editing. It was referred to the Diocesan Registrar to connect with the Parish and the proposed tenant to confirm the additions and edits to the proposed lease. As the time is very short between the A&F meeting and Diocesan Council meeting it is recommended that Diocesan Council give approval to the Parish to lease the space noted, subject to final approval of the lease document, including the edited portions requested by the Administration and Finance Committee at their meeting of November 27, 2012.

Diocesan Legal Registrar, Don Paul spoke briefly to the motion. There was some concern about being tied in for a long period of time in a climate where the situations of parishes are changing.

THAT Diocesan Council grants approval to the Parish of St. Agnes, North Vancouver to enter into a further five year lease with the current tenant, Mina Aliakbarzadeh effective 1st January 2013 subject to a revised lease being drawn up by the Diocesan Registrar and approved by the Administration and Finance Committee.

8. ITEMS FOR DISCUSSION/INFORMATION
8.1 Monthly Financial Statements – September 2012
Bishop Michael asked Diocesan Controller Mark Beley to speak to the September financial statements. Mark referred DC to the Executive Summary and he reported that there was a bit of a budget surplus. Diocesan investments are doing quite well, the best we’ve seen in some time.
The Treasurer added that the increase in the Consolidated Trust Fund revenue is good news for parishes who have drawn against the investments with an eye to building them back up in a better investment climate. He advised that now is that time.

With no other agenda items Bishop Michael called for adjournment at 8:30pm.

Diocesan Council concluded with The Grace
Images: Top, Clerical Secretary, The Reverend Karin Fulcher, Business Administrator, Rob Dickson, Archdeacon of Fraser,  The Venerable Stephen Rowe and Legal Assessor, Jennifer Dezell have a bit of a chuckle before the meeting. Top right, Jennifer Dezell, Archdeacon of Vancouver, The Venerable John Stephens, and East Vancouver Deanery Rep, Patsy Longmire prepare for the meeting. Middle left, Diocesan Director for Mission and Ministry, The Reverend Douglas Fenton gets ready for the meeting. Middle right and homepage, Director of Planned Giving and Stewardship Development, Glen Mitchell listens to Dean Peter Elliott's report. Lower left, some of the 320 cardboard tubes that will be used to build the Cardboard Cathedral and an artist's drawing of the proposed structure next to the ruins of ChristChurch Cathedral. Lower right, Dean Peter reports on the ACC October 27th-November 7th, 2012.

the Archdeacons of the five Archdeaconries
the Archdeacon who is the Director of Deacons
two additional Diocesan Legal Officers, (Registrar and Legal Assessor)
a Lay Secretary, a Clergy Secretary,
the chairs of the Diocesan Standing Committees
there are two Deanery reps either Ordained or Lay. Sometimes Deaneries have two lay reps and sometimes two clergy reps, sometimes one of each. A Deanery is a group of churches, geographically affiliated and the reps are elected at the Annual Synod Meeting.
Synod Staff also attend meetings but are not members of Diocesan Council. They include: Business Administrator, Director of Planned Giving, Comptroller, Youth Coordinator and Communications Officer (and other staff as required).
Diocesan Synod consists of all the active clergy in the Diocese of New Westminster and 2-6 lay people elected from each diocesan parish proportionate to the size of the parish community.
Diocesan Council functions as the Synod between Synods, it is a representation of the large group that meets annually.
Diocesan Council and Diocesan Synod are both chaired by the Bishop.