The BC Regiment announces the appointment of Captain (Ret'd) the Reverend Gordon Barrett.
May 8, 2021 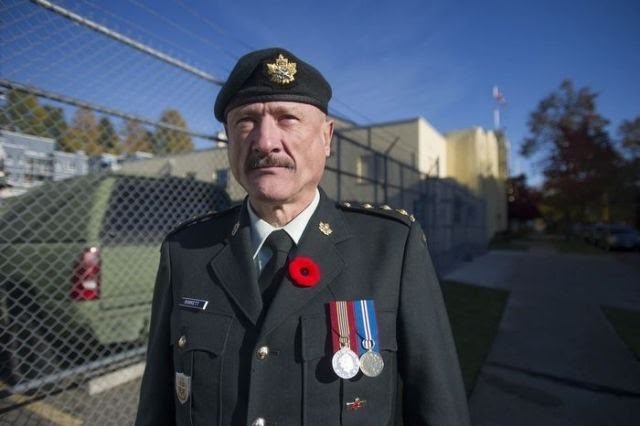 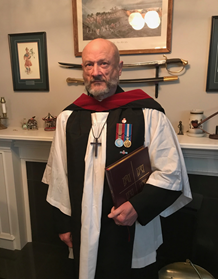 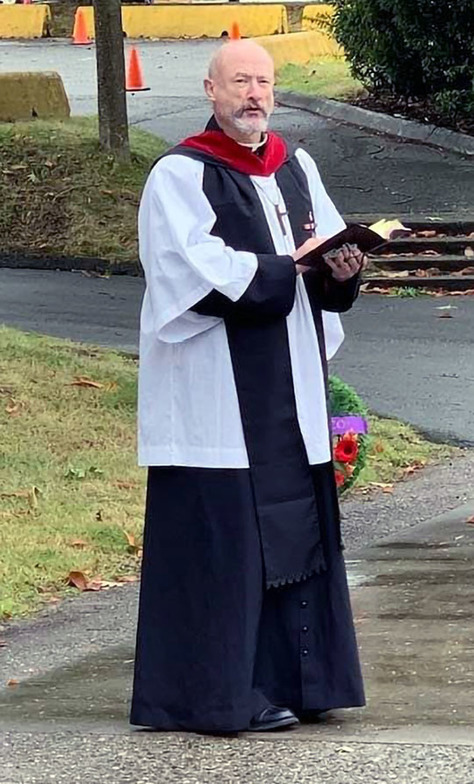 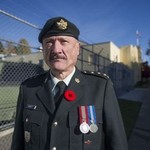 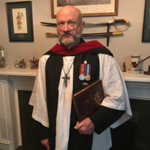 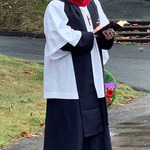 In a media release May 7, the BC Regiment announced with pleasure the appointment of Captain (Ret’d) the Reverend Gordon Barrett as the new BCR Association Padre.  Padre Gord is no stranger to the Regiment, having officiated for many years at the Perpetuated Battalions Parade at the PNE at the 29th Bn CEF Monument.  For those members of long standing, the last appointed BCR Association Padre was Major Harry Lennox, who was a veteran of both World Wars, who passed away at the age of 97 years shortly after officiating the  St. Julien Church Parade in April 1997.

Capt (Ret’d) Gord Barrett started his service with the BC Regiment founding Pipe-Major of the BCR Irish Pipes & Drums, a post that he held from 1990 until 2007.  The Association at that time appointed him as the Honorary Captain and Director of Music of the Pipe Band.  He was appointed an Honorary Captain by the 15 Fd Association to serve as the volunteer Chaplin at 15 Fd from 2009 until 2011, where he offered counsel and support to the Gunners and retired members.  In 2012, Capt Barrett next joined the Cadet Instructors Cadre at 2472 15th Field Artillery RCACC and was the Commanding Officer of that unit from 2017 until his retirement from the CAF in June 2020.  He continues to serve that unit as a Civilian Instructor in the capacity of Administration Officer.

For over twenty-five years, Captain Barrett has organized the Remembrance Day ceremonies at the Head Office of the Insurance Corporation of British Columbia in North Vancouver, where he was formerly employed. These events are attended by the veteran community, with special acknowledgement given to current and retired ICBC employees who serve(d) in the CAF, and he has also assisted at other commemorative ceremonies in the community, at which he has acted as both an emcee and chaplain. These have included remembrance services for the Korean War Veterans Association and for the over 300 War Veterans residing at the George Derby Centre.

Captain (Ret’d.) Gord Barrett continues to work with Christ Church Cathedral parishioner, Dr. Marv Westwood and the Counselling Psychology Programme (UBC) in the exploration of trauma in the military.  These projects have included the impact of Secondary Trauma on caregivers and inter-generational trauma where the impact of war is passed on to the children and grandchildren of military personnel who have died or returned home from war.

In recognition of his lifelong service to the veteran community and the people of British Columbia, Capt (Ret’d) Barrett has been recognized most recently with his investiture into the Order of St George.

Captain (Ret’d.) Barrett grew up in East Vancouver where he attended Vancouver Technical High School. He attended Langara College where he was awarded an Associate of Arts & Sciences Diploma.  Captain Barrett also holds a Diploma in Business Administrative Systems (BCIT), a Diploma in Theology from The University of the South, a Master of Education (UBC), a Master of Arts (UBC), and a Master of Divinity from Carey Theological College.  His hobbies include astronomy, Amateur Radio (VE7 TKF), cycling, agility training for dogs, and teaching the playing of bagpipes. He holds Black Belts in both Kung Fu and Karate and continues to teach Kung Fu.  Captain (Ret.) the Reverend Barrett serves as a Deacon at All Saints Anglican Church, Burnaby and will retire as Regional Dean in the Diocese of New Westminster on May 15, 2021, after serving the maximum three terms.

(article created with submitted files from the BC Regiment)