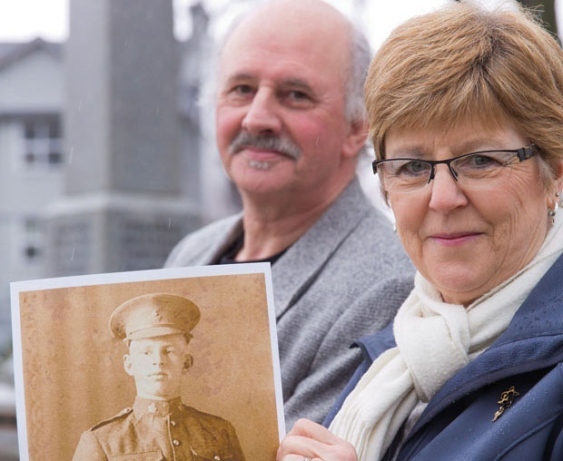 Cliff Caprani, currently a parishioner at All Saints', Ladner is launching his most ambitious film project to date.

Cliff has been a regular contributor to diocesan communications since the late winter of 2010 when he and communications officer Randy Murray began collaborating on films for the diocese. Cliff of course has a busy schedule of filmmaking outside of his work for the Diocese of New Westminster.

The documentary film is titled "Countdown to Sanctuary Wood" and chronicles the life of a young Ladner citizen who served in the Canadian Armed Forces and lost his life in World War I. Please click the link to access the March 9, 2016 story in the Delta Optimist news online.

Hopefully Cliff will keep the diocese informed about the progress of this exciting project.

PHOTO of Cliff and Kathy Cuthbert by Gord Goble

Countdown to Sanctuary Wood, which tells the story of Ladner soldier Sidney Rich who was killed during the First World War - See more at: http://www.delta-optimist.com/news/delta-filmmaker-to-tell-rich-story-1.2193486#sthash.KquEwnNB.dpuf
Richmond & Delta
All Saints