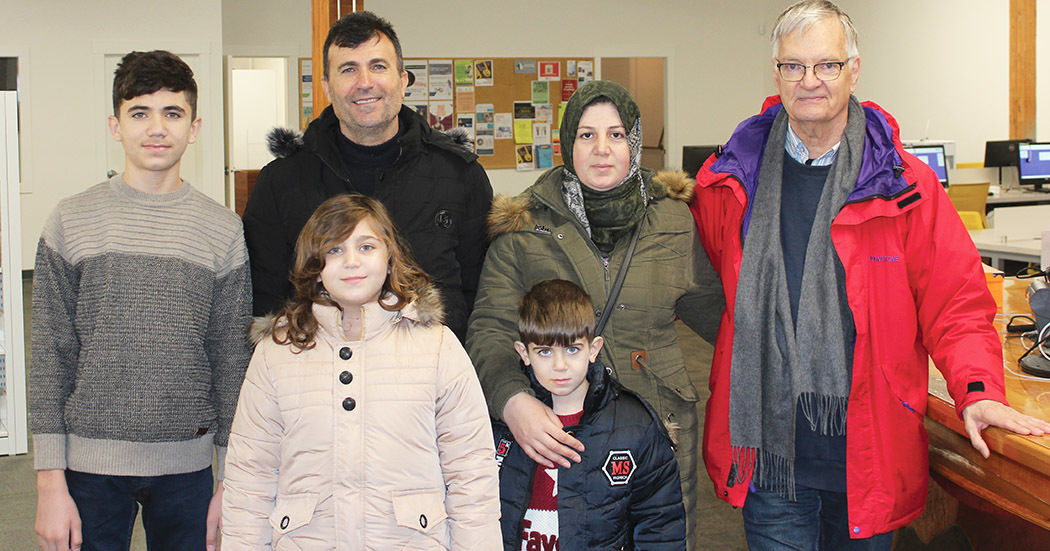 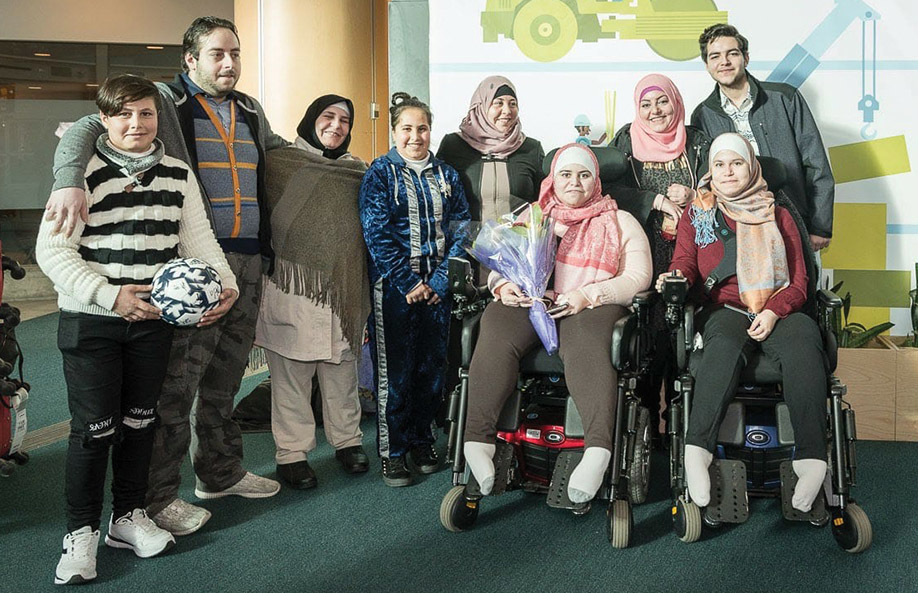 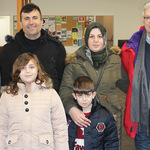 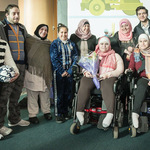 There have always been refugees; however, the Syrian War and the shrinking of the world due to instant communications, largely facilitated by social media platforms, continues to draw closer and more focused attention to this crisis on our planet.

There are many who see that the work of aiding, comforting and ultimately relocating those displaced from not only their homes, but also their countries is a part of our baptismal covenant as Christians.

Since 2015, Refugee Ministry in the diocese of New Westminster has been more active than in recent years.

The Diocese of New Westminster is a Sponsorship Agreement Holder (SAH). This means that it has a formal agreement with Immigration, Refugees and Citizenship Canada (IRCC) to authorize Constituent Groups (this is the formal name given to Sponsoring Groups) to sponsor refugees to come to Canada under the Private Sponsorship of Refugees Program. The diocese receives a yearly allocation of refugees allowing it to authorize a few sponsorships per year and has been authorizing refugee sponsorships since the late 1980s.

The Constituent Groups which are authorized usually consist of at least one diocesan parish.  The authorized group accepts complete responsibility for the financial, practical and emotional aspects of settlement when the refugees arrive in Canada for a period of at least one year.  The Refugee Unit acting for the diocese is only able to authorize a limited number of sponsorships each year.  In addition, the Refugee Unit must be convinced that the Constituent Group will be able to carry out its settlement responsibilities and the refugees are likely to meet Canada’s eligibility requirements.

The Diocesan Coordinator for this ministry is Dr. Shankuntala (Satori) Soden and the Chair of the Diocesan Refugee Unit (DRU) is Shannon Muir, ODNW.

What follows is the report to the Executive Archdeacon from Satori and Shannon describing the successes and struggles of the DRU in 2018 and a little bit about what the future holds.

At the time of writing last year, we reported that for 2017, we received allocations to sponsor 12 individuals. However, we applied for 16 extra spaces from the “pool” (excess allocations held back by IRCC or given back as unused) in October 2017, and received an additional allocation of 15 to be used by December 2017. Thus, our submitted applications for 2017 totaled 27 people.

Based on this figure, the government gave us an allocation of 28 for 2018. Those were all utilized and we requested an extra 6 spaces, which we were granted and used just before the end of the year. At the time of this writing in late February, we have not yet received our 2019 allocation, but we have decided that 40 individuals is the maximum our diocese is able to handle. We have a significant waitlist that is close to that number.

2018 has been another year of learning and figuring out how to smooth out our processes.  We have also faced difficulties which required thinking on our feet, for example, in responding to IRCC urgent requests for more information, dealing with exit permit issues which delay travel, or problems that arise upon the newcomers’ arrival in Canada. That said, the fact that the two of us get on well together both personally and professionally is invaluable.

We have learned that we have to be much stricter in our vetting procedures of both sponsoring groups and the refugees themselves. On a few occasions, people have not been forthcoming about prior refusals (in applications to come to Canada), additional relatives or partners. We have also faced a few difficult situations during the course of the first year of arrival in Canada. These have included personality clashes, unrealistic expectations on the part of either sponsors or newcomers and even a situation where a newly arrived family decided to leave Canada because they didn’t like it. In that case, we had to formally declare a “Sponsorship breakdown” to IRCC (“no fault breakdown”).

We have been meeting with a variety of church and constituent groups to try to match them up to do co-sponsoring. These often involve the constituent group providing part or all of the funds and/or doing the work of settlement. We have very few churches asking to sponsor but many community groups and families asking. The diocesan policy is that there must be a parish involved with sponsorships, and priority is given to sponsorships working with Anglican parishes.

As our refugee program has grown, so have the duties, to manage applications, applications in progress and settlement issues. We have decided that we must cap our applications at a maximum of 40 per year. That means there will be roughly; 40 incoming, 40 in process, and applications for 40 people in the current year.

Dave and Wilna Parry, ODNW of St. Clement’s, Lynn Valley have submitted a proposal to Diocesan Counsel to put on a weekend program for newcomers, over the Thanksgiving weekend. They have received full support from Rivendell Retreat Centre on Bowen Island and have received funding from Diocesan Counsel. The DRU has pledged our small event budget of $500  toward their food expenses for the weekend.

For any parishes considering sponsorship, there are many opportunities. Here are some for which we are actively seeking sponsors:

During the Christmas season of 2015 Archbishop Skelton established an ongoing fundraising initiative named the Archbishop’s Fund for Refugee Resettlement which receives applications to cover extraordinary expenses and “month 13” expenses.

Those wishing to contribute by credit card will find a "Give" button located at the top of each page (the header) of the diocesan website, www.vancouver.anglican.ca. You may also text DONW to 7797, and this same contribution link will be texted to you. Please click on the dropdown box beside the words "Giving Type".

Those wishing to make a contribution by cheque, may make out the cheque to The Diocese of New Westminster, noting that it is for the Archbishop's Fund for Refugee Resettlement and mail it to: 1410 Nanton Avenue, Vancouver BC V6H 2E2.

A charitable donation tax receipt will be issued for gifts over $20.