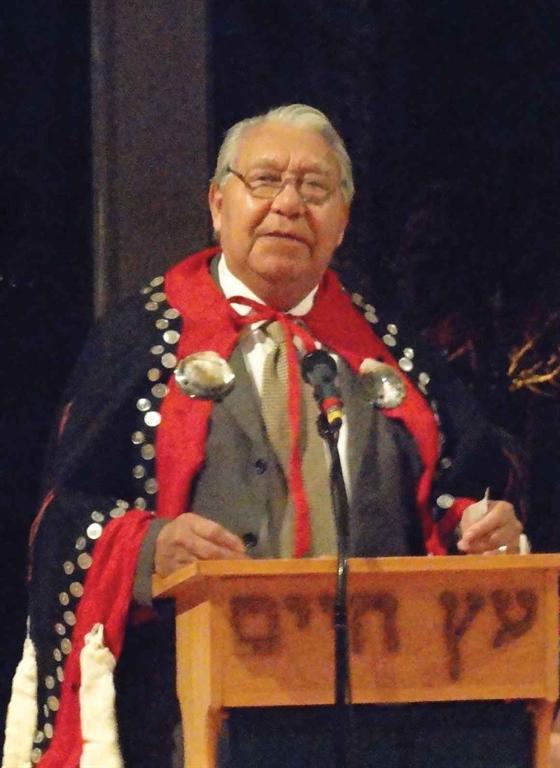 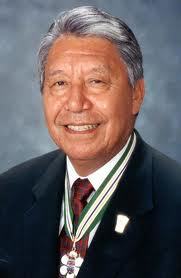 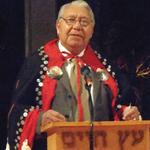 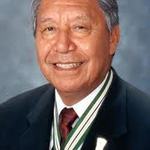 St David of Wales and Nisga’a Ts’amiks are honoured to welcome Dr Joseph Gosnell to the Vancouver home of the Nisga’a people on Sunday, March 25. Dr Gosnell and his wife Adele will attend worship at St David’s at 10am, where Dr Gosnell will offer the Elder’s Prayer in the Nisga’a liturgy, and share a few words at a reception in his honour following the service.
Dr Gosnell (who bears the chief name Sim’oogit Hleek) is a distinguished leader of the Nisga’a Nation. He was elected President of the Nisga’a Tribal Council in 1992, and led the negotiations with the federal and provincial governments which resulted in the Nisga’a Treaty of 1999. Dr Gosnell was elected the first President of Nisga’a Lisims Government in 2000. He has received Honorary Doctorates from Royal Roads University, Simon Fraser University, and the University of Northern British Columbia, and was awarded the Queen’s Golden Jubilee Medal in 2002. He is a Companion of the Order of Canada and a member of the Order of British Columbia.

Dr Gosnell is Aboriginal Visiting Distinguished Scholar at Vancouver School of Theology, March 16-31. All are welcome to meet Dr Gosnell and Adele at St David’s, 2475 Franklin Street, on Sunday, March 25.


Click the link to view an edited version of Dr. Gosnell's address at the Inauguration of the Indigenous Studies Centre at Vancouver School of Theology.