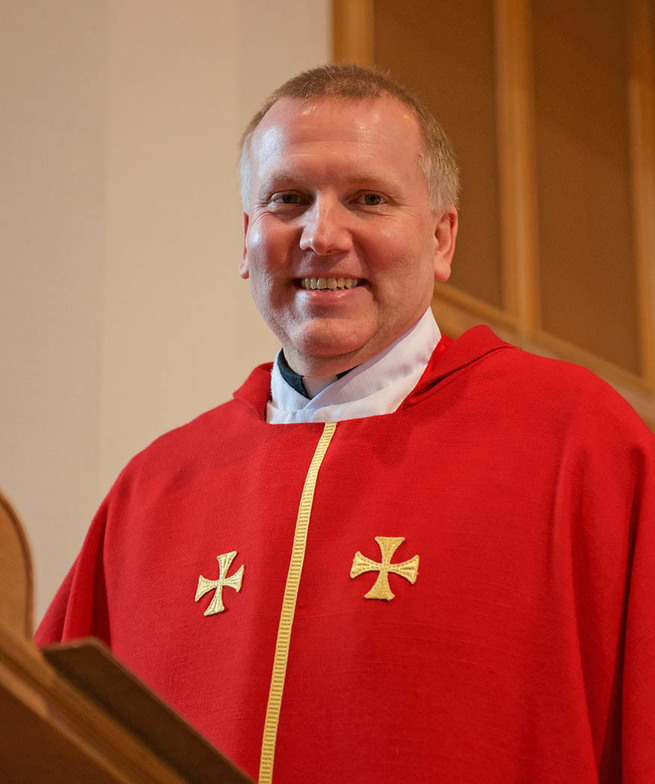 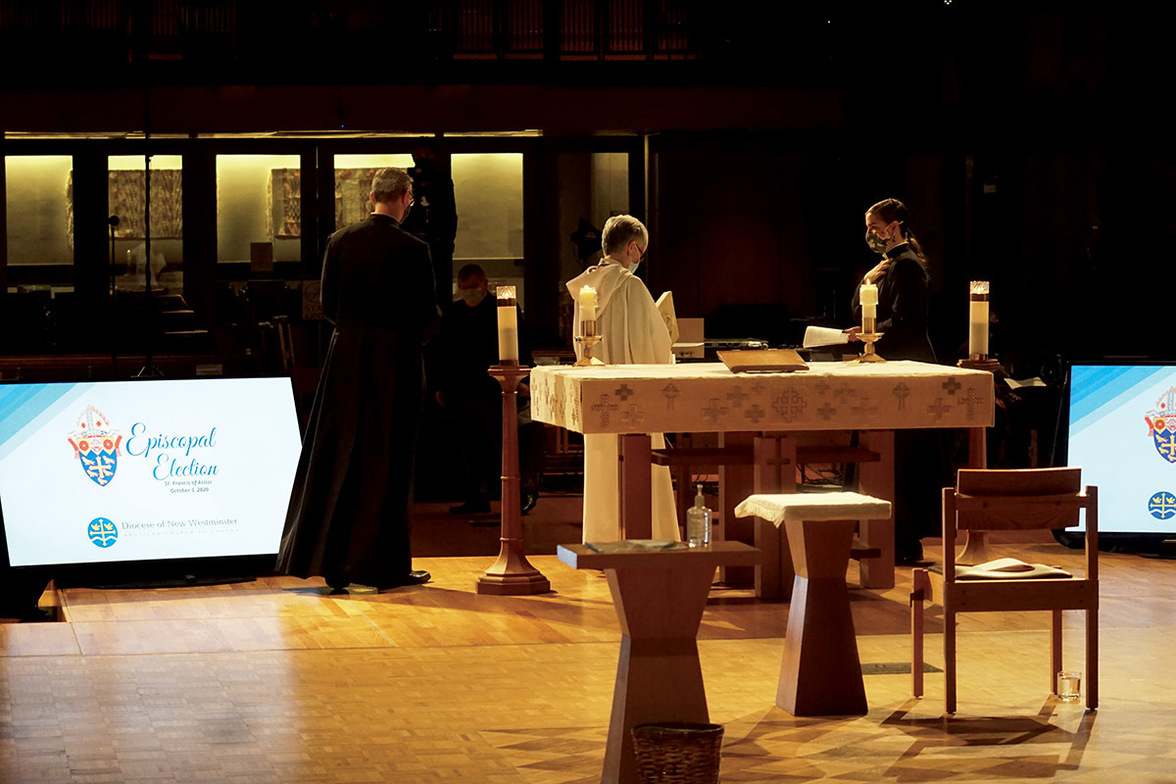 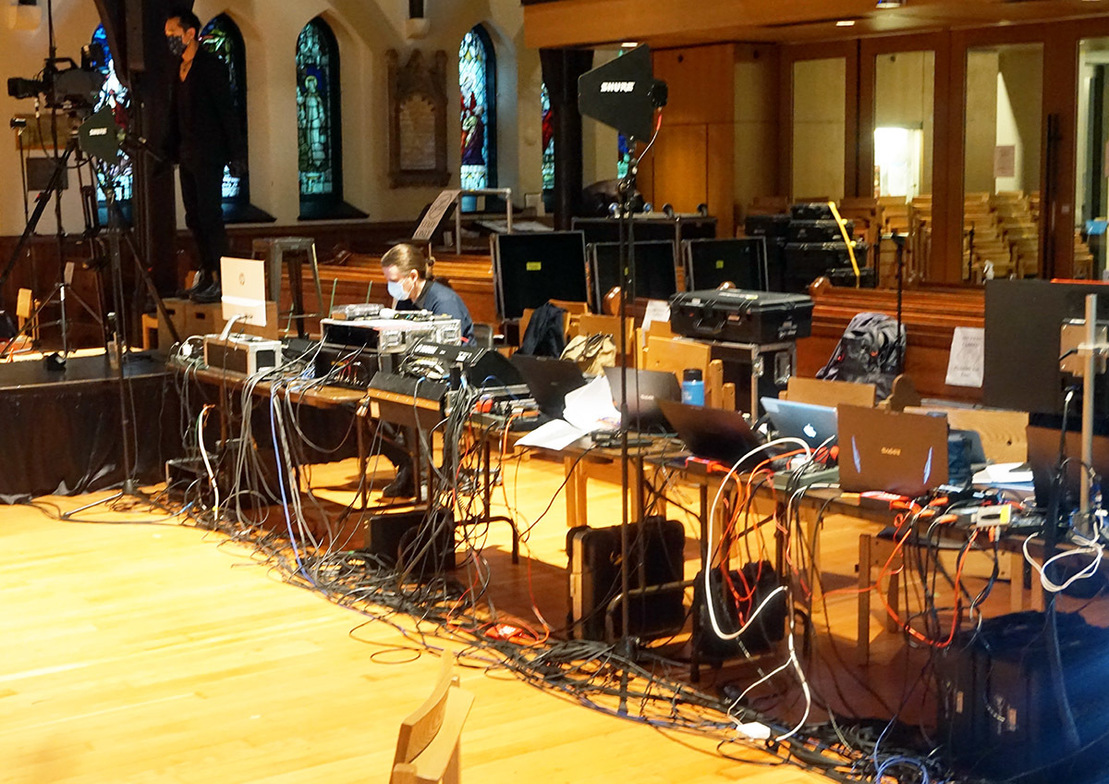 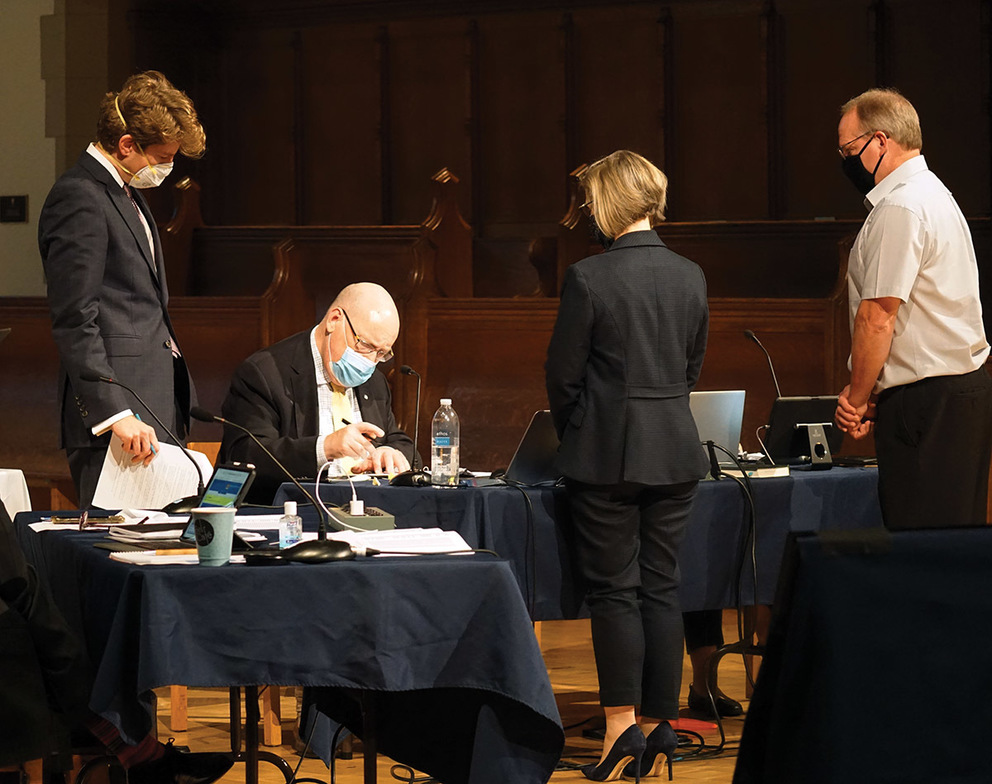 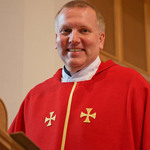 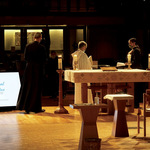 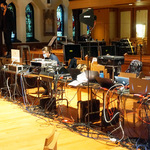 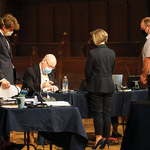 Rev. Stephens took an early lead on the first ballot. The three ballot results are available below. The Electoral Synod voted using an online platform, Simply Voting that is connected  through Data on the Spot (DOTS) a company that allows delegates to vote remotely from anywhere using their smartphone, tablet or laptop ensuring that the vote is secure and auditable. Some Synod Members did have some problems exercising their franchise, but on the whole the system worked well.

Following the announcement of the results of the third ballot, Rev. Stephens joined the live stream via Zoom to express his gratitude. He specifically thanked his fellow nominees: the Venerable Allan Carson; the Reverend Philip Cochrane; the Reverend Philippa Segrave-Pride and the Right Reverend Riscylla Shaw for their courage in being willing to disrupt their lives in order to offer the gift of servant-leadership to the Diocese of New Westminster.

(A few minutes following the confirmation of the results of the third ballot at the Diocese of New Westminster's October 3rd Electoral Synod, the Coadjutor Bishop-elect, the Reverend John Stephens came into the live stream broadcast via Zoom to share his some words.)

There are still a number of questions that come up about the role of Coadjutor Bishop, Archdeacon Richard Leggett was kind enough to offer these words of explanation and clarification:

“When Archbishop Skelton announced her intent to retire on February 28, 2021, she could have called for an election after her actual retirement.  In that case there would have been a hiatus between her departure and the beginning of the next Bishop’s ministry.  Instead of this path, the Archbishop chose to call for the election of a Coadjutor Bishop before she retires.  This allows for a smoother period of orientation and transition from one episcopal ministry to the next.

“In the coming months Archbishop Skelton remains our Diocesan Bishop.  The Coadjutor Bishop-elect, the Reverend John Stephens in the months ahead will work closely with the Archbishop in preparing for the next chapter in our life as a Diocese.  On February 28, 2021, seven years to the day since the consecration of Archbishop Melissa, the Rev. Stephens will be Seated and become the 10th Bishop of New Westminster. Prior to that he will be consecrated (Ordained through the laying on of hands) on Saturday, January 23, 2021 and that is when he will become Coadjutor Bishop.

More coverage of the Electoral Synod will be offered through the diocesan communications vehicles as that coverage becomes available. 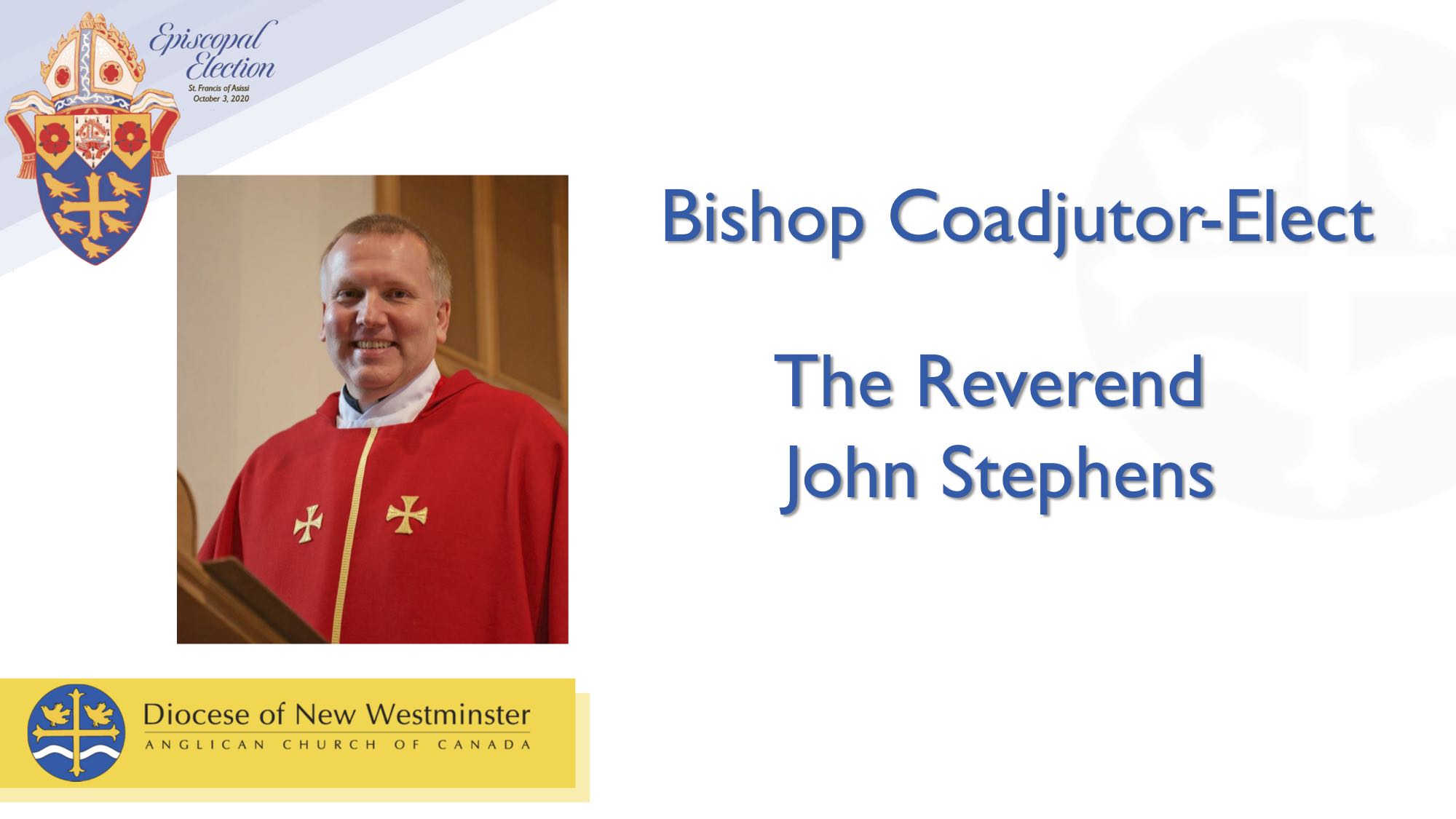 For those of you who haven't read Rev. Stephen's biographical brief on this website, here it is:

When I was very young, I emigrated to Vancouver and was quickly immersed in community, church, school, sport and adventure.  I developed a fascination for this planet and studied zoology, aiming toward a career in health care.  God had different plans, however, and I discerned a calling which has led me down numerous paths.  I continue to have wonder for this world and places of splendour.  My wife, Ruth, and I have two adult children and Hastings (Labradoodle). The work of ministry continues to keep me humble and grateful while the ability to create with my hands keeps me grounded.

Click here to access a downloadable .PDF of the Reverend John Stephens' Nomination Form for more information about the Coadjutor Bishop-Elect 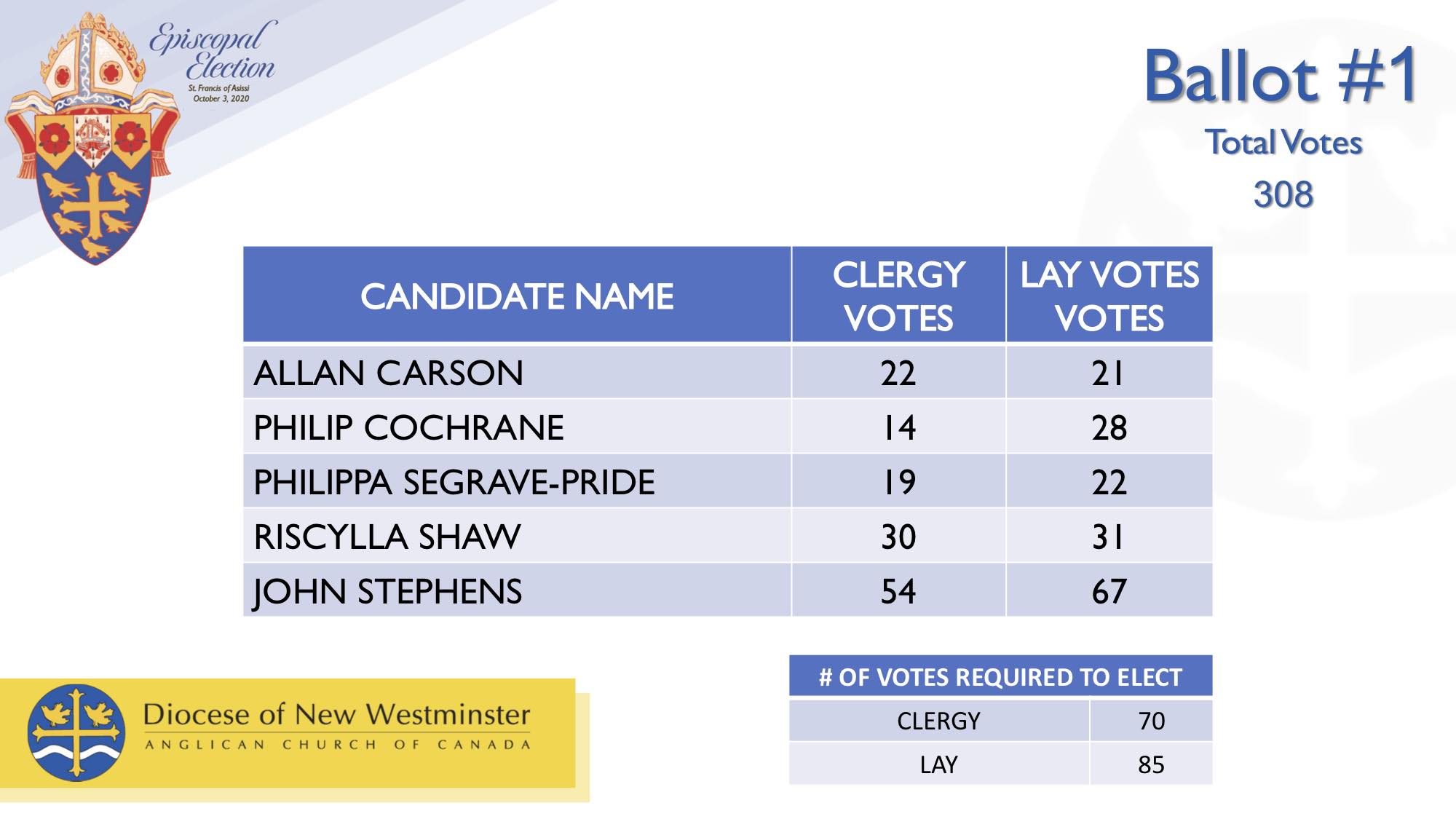 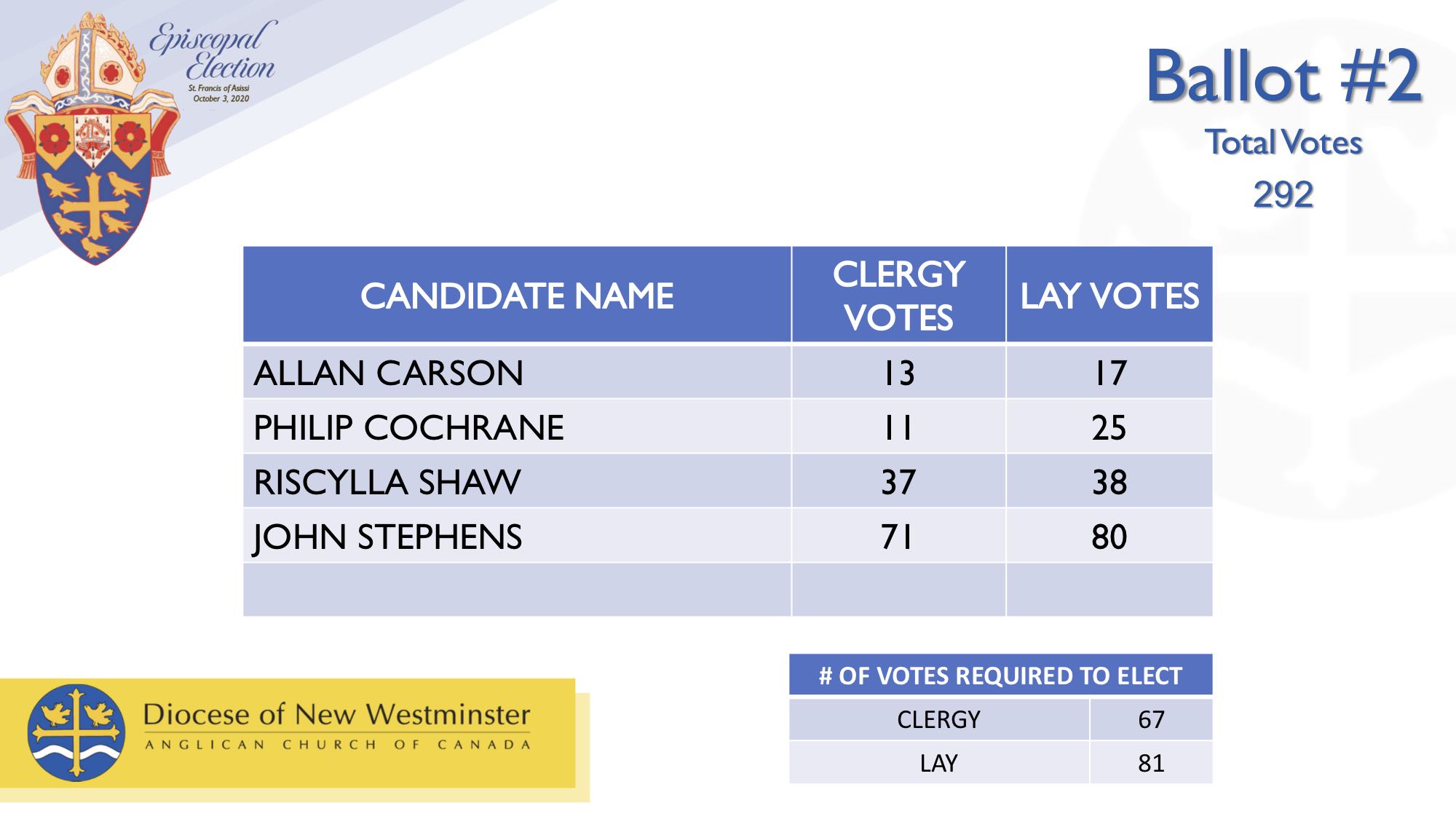 Archbishop Skelton's homily shared at the Opening Eucharist is available below.