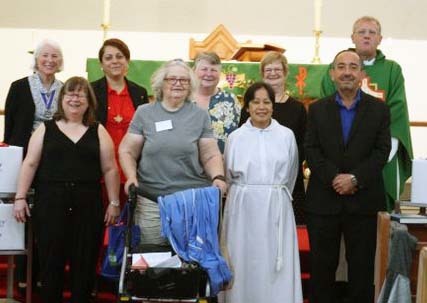 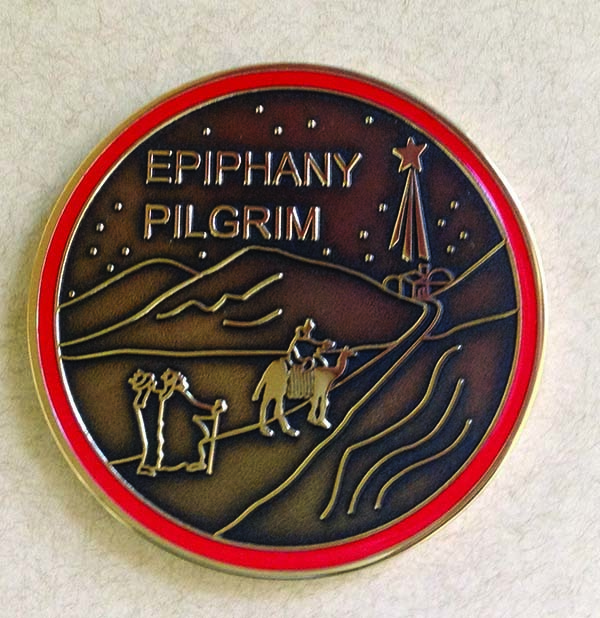 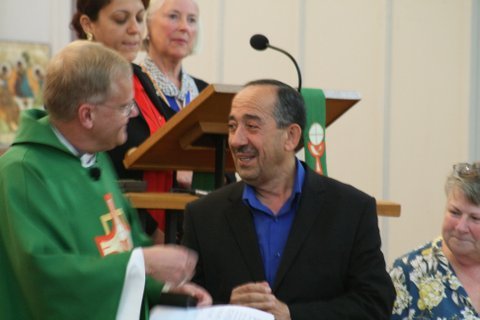 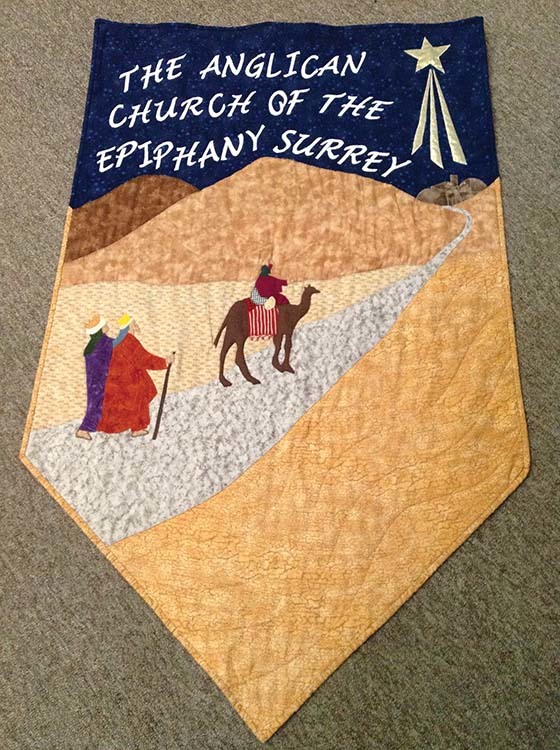 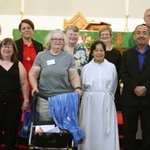 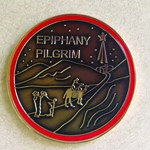 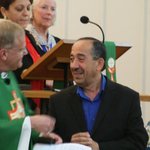 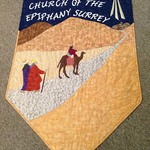 The Anglican Parish of the Church of the Epiphany made its seventh annual presentation of its Epiphany Pilgrim medallion on Thanksgiving Sunday. This is given to five members of the congregation each year for their mission and ministry at Epiphany and in other places and parishes.

This year Shawkat Shammas was one of the five recipients. Shawkat (from Iraq) has hosted rosary at Epiphany in Aramaic, three times a week, since a group of Chaldean and other Arab-speaking Christians first joined Epiphany in 2014. Other recipients included, Perlita Vanderhout (originally from the Philippines) a long time server and lay administrator of communion. The medallion was also presented to Elizabeth Gilchrist (Music Director for over ten years), Noden Parr and Elaine Reay (who was away on Sunday).

As we give thanks to God for the bounty of creation at Thanksgiving Epiphany also takes this opportunity to thank those who have served the parish in many and varied ways over the years.