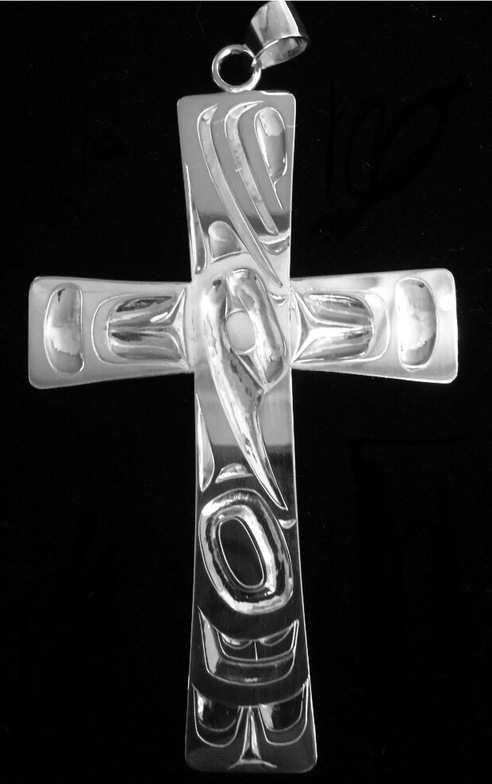 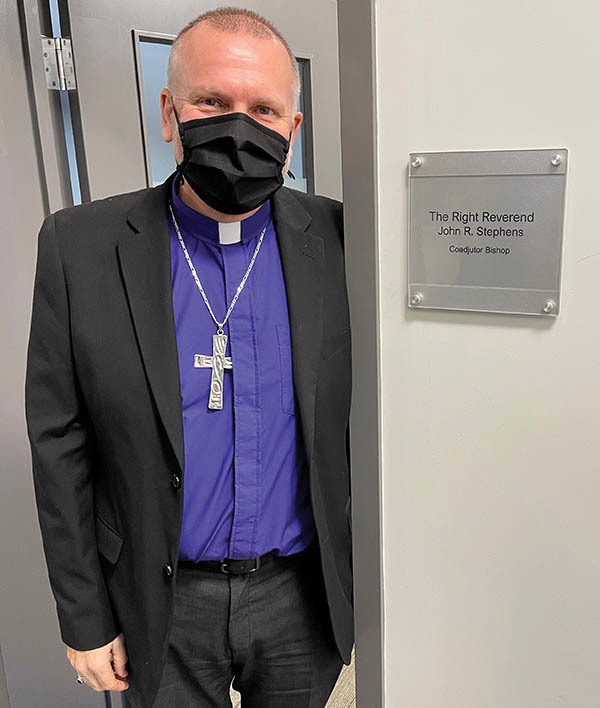 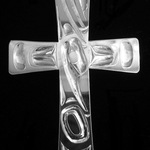 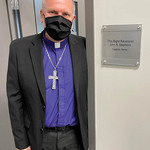 It was not long after I was elected to be the Co-adjutor Bishop for the Diocese that I realized that I would need an Episcopal Pectoral Cross and a Ring.  There are many ways to source such things and I had not gone far down that road when it was pointed out to me that a design connected to this part of the world would be very fitting.  To go even further, to have an Indigenous artist design and create the cross and ring would be fitting and important.

With help, I eventually was able to meet (virtually at first!) Alvin Adkins.  According to Alvin’s bio:

“Haida artist Alvin Adkins has been creating distinctive, bold and unique works for more than 30 years. Alvin was born in Prince Rupert… he has been counselled by distinguished colleagues such as Dempsey Bob, Frieda Diesing, Bill Reid, Robert Davidson and Don Yeomans. In 2010, Alvin received the esteemed British Columbia Achievement Award.” Alvin grew up in the Anglican Church and has many fond memories of being in church in Prince Rupert. He was delighted to take on this project of creating an Episcopal Cross and Ring.  It was much more than a commission but became for him an act of faith and a beautiful link between his Haida tradition and the Anglican Church.  It was a work of reconciliation and recognition of the Creator working in his life.

Alvin chose the hummingbird because of what it symbolizes in many Indigenous cultures.  He wrote:

I have come to know Alvin in the time since the election; he has become a friend and colleague.  He watched the livestream of the Consecration on January 23 and was so delighted to see his cross and ring be placed upon me as symbols of the role of Bishop. The cross and ring will always be part of my episcopal ministry, representing the link between Christ and the world in which we are called to live our faith.