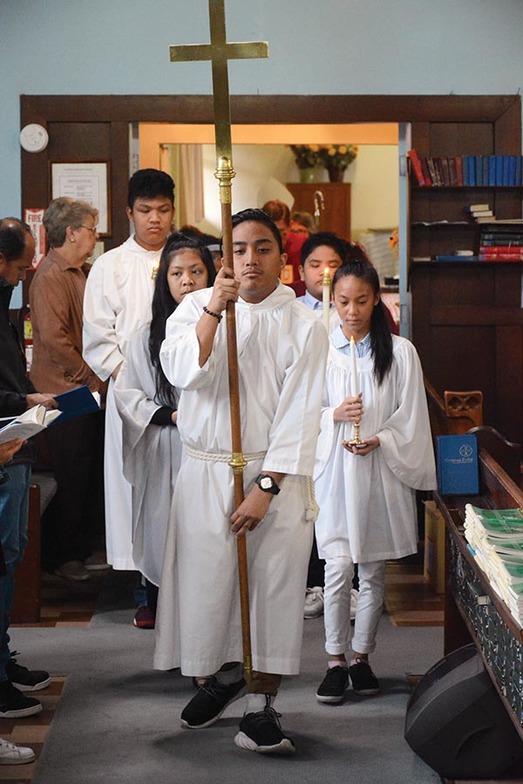 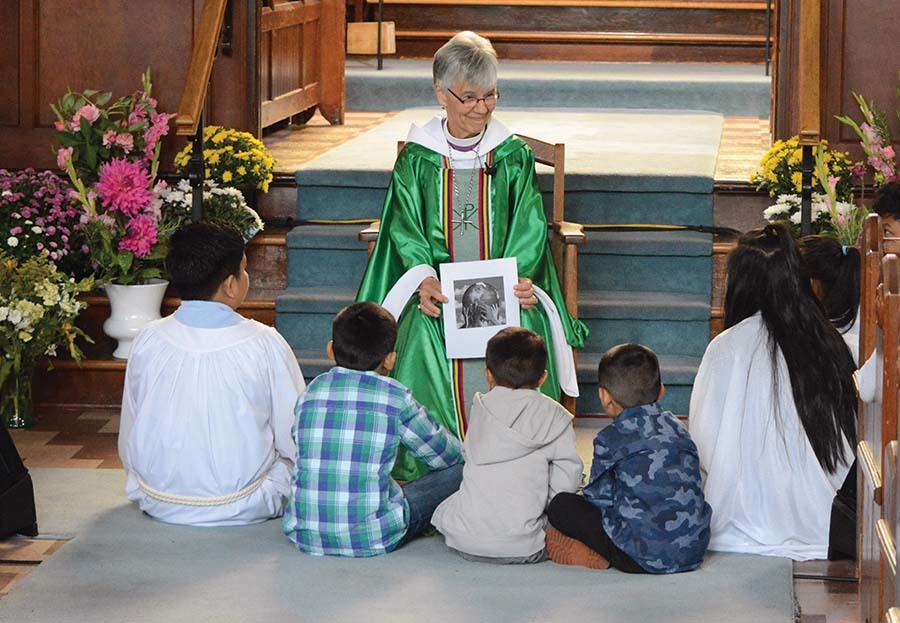 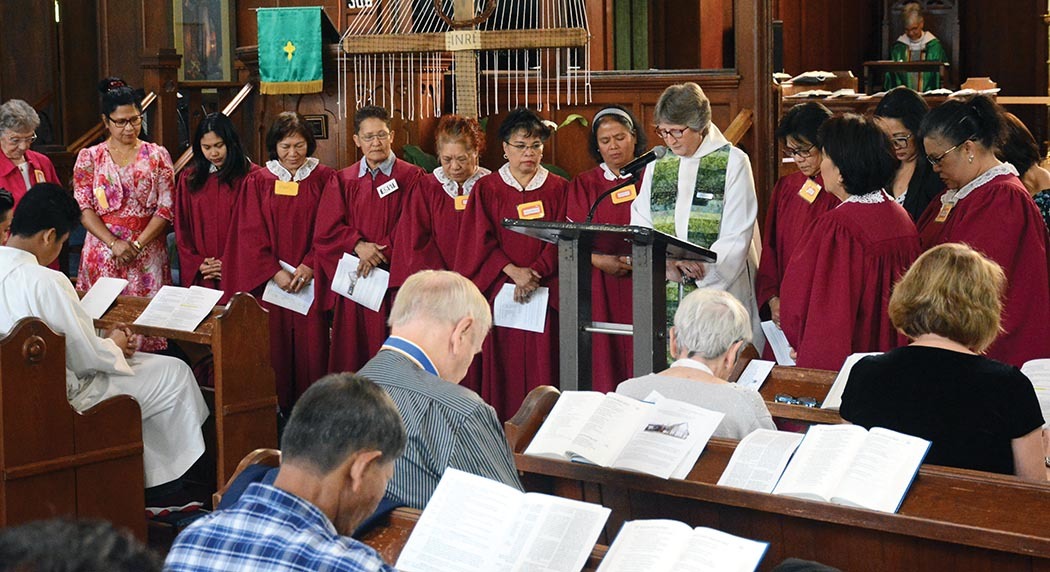 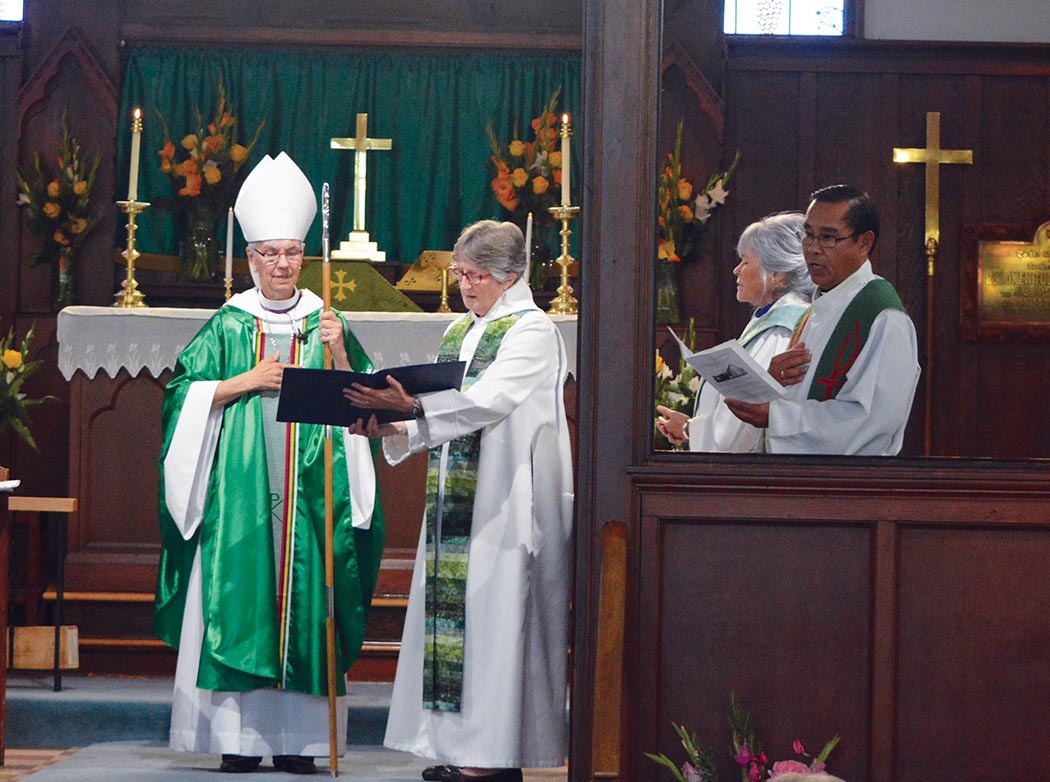 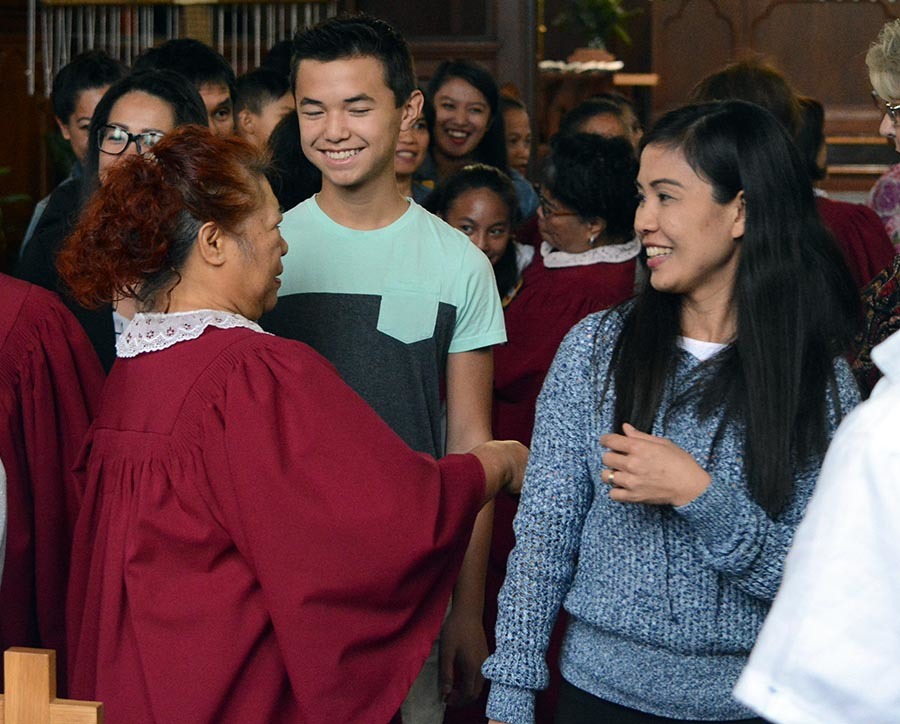 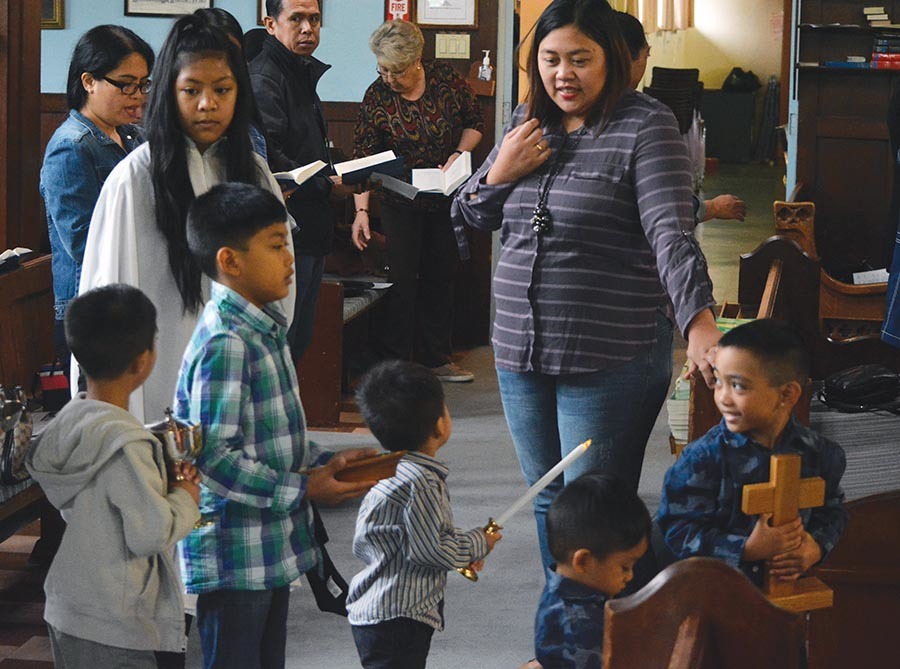 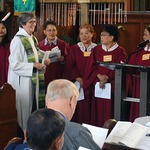 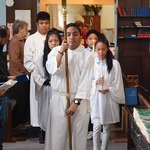 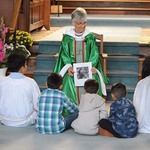 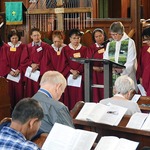 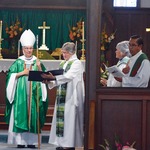 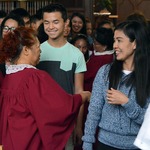 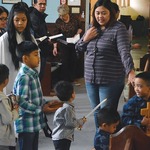 On Sunday, September 9, 2018, Pentecost 16, Archbishop Skelton made her scheduled episcopal visitation to The Parish of Bishop Hills’ Memorial Church of St. Mary the Virgin aka St. Mary’s, South Hill (SMSH). The legal name of the parish is in the top 2 or 3 in the diocese in terms of word count and the South Hill suffix refers to the East Vancouver neighbourhood where the parish is located. The name St. Mary's, South Hill is more informal and certainly much easier to use in conversation and in print.

This was Archbishop Skelton’s first episcopal visitation following the summer hiatus and it certainly served to get the “back to church” season off to a great start.

A few short years ago, the future for SMSH was looking quite precarious. Diminished attendance and parish fatigue threatened to bring the ministry of this place to an end, but due to an ambitious plan to recognize the diversity of the area and intentionally invite those who might never attend a neighbourhood Anglican Church to join the community, the parish is now sustaining and maintaining its ministry and its property. Much credit goes to the rector, the Reverend Expedito Farinas and his spouse, Felly Farinas for this success, but it is not only the ordained leadership that has made a difference, it is the entire community, all on the same page, doing good work in the place where God has called them to be at this time. SMSH is now a multigenerational community with all age groups represented, but they are not just present, they are active participants both in the liturgy and in the community life of the parish.

This particular Sunday, September 9, was a great illustration of that fact as 21 parishioners were presented as members and officers of Mother’s Union (MU), an international organization that promotes Christian care for families worldwide. There is a small but energetic  chapter of MU in Canada.  Most branches are in the eastern part of the country, but they are all under the umbrella of a National Executive, and there is a national conference every two years. MU’s mission is to share Christ’s love as they encourage, strengthen and support marriage and family life in its many forms through the organization’s ministries and program offerings. In every country, Mothers’ Union is committed to creating conditions in society that support stable family life and the protection of children. At a community level, individual Mother’s Union branches are free to choose their own projects to improve conditions for families locally, nationally or internationally, and to find ways to help those in the community whose family life has met with adversity. At the parish level, MU branches contribute to the life of the church in many ways such as preparing parents to have their children baptized and hosting a reception after the service; assisting with Sunday School and nursery; sponsoring events/fundraisers that support MU projects and contribute to the life, mission and ministry of the community.

The original plan for September 9 at SMSH was that the 21 members would be enrolled and this new MU Branch established in the Diocese of New Westminster. The Reverend Christine Rowe, assistant priest at St. Mary’s, Kerrisdale is the diocesan chaplain for MU and she was present at the Eucharist both in her role as chaplain and also serving as Archbishop’s Chaplain. However, it was too soon to complete the process of enrollment and establishing the new branch, so the members and officers were presented to Rev. Rowe in the presence of Archbishop Skelton and the parish. The presentation took place following the Gospel, Mark 7: 24-37 proclaimed by the Deacon of the Word and Table for the Eucharist, the Reverend Kim Boechler. After those of the 21 present in church that morning were presented, Rev. Rowe led them in prayer.

Archbishop Skelton’s address to the younger members of the parish and her sermon that followed the MU presentation were very much focused on the Gospel, the story of Jesus’ encounter with the Syro-Phoenician mother and his terse somewhat awkward honouring of her faith. Throughout, Archbishop Skelton repeated her theme of the homily, “Life doesn’t come with a manual; it comes with a mother.”

She began her sermon saying:

But today as we hear this particular reading from Mark’s Gospel and as we recognize a group of women here at St. Mary’s embracing the ideals and practices of the Mothers Union, today, let’s use this saying to see into something important for us all—the way that women, particularly mothers, can through their commitment, their persistence and their willingness to risk themselves inspire us to do the same when it comes to those most in need—the most vulnerable in society.”

“And so to return to this saying, in this story, both for the Gentile woman’s child, who would likely have been marginalized all her life with her illness and for Jesus, whose sense of his mission and the mercy of God was actually too narrow, life, a new and expanded life, didn’t come through a manual, that is, a kind of playbook of how things should be; it came through a living, breathing, loving, persistent mother.

And, of course, this is what the Mother’s Union is all about, isn’t it?  Women who together act out of the boundless mercy of God.  Women who act with a dogged commitment to those in the world who cry out for care—orphans, refugees, families of all kinds—across the globe or in their own communities.  Women who persist out of the belief that God persists even in the most desperate situations to inspire compassion in the midst of inhumane conditions, to bring life out of death.

...doesn’t this all point at what we as Christians are all supposed to be about? Living in a way that claims the boundless mercy of God in all that we do?”

The enrollment at SMSH of the new members and officers of MU will take place, Sunday, September 30 at the 10:30am Celebration of the Eucharist. The Reverend Christine Rowe will preach and Celia Dodds, ODNW past president of Mother’s Union in Canada and a member of St. James’, Vancouver will officiate the enrollment and the distribution of membership cards and brooches.

(More photos and captions can be found in a Photo Album at Anglican Conversation, the Facebook Page of the Diocese of New Westminster.)