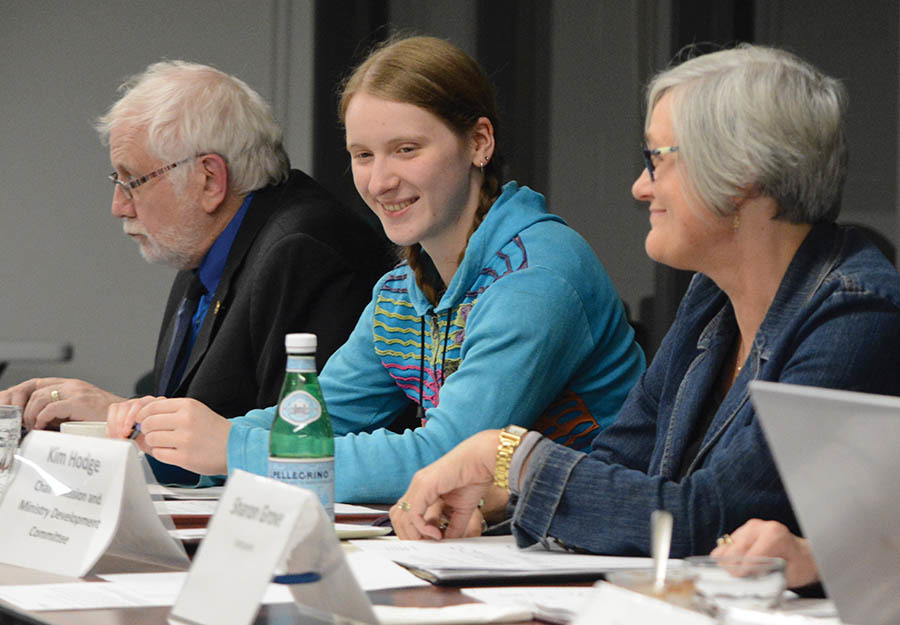 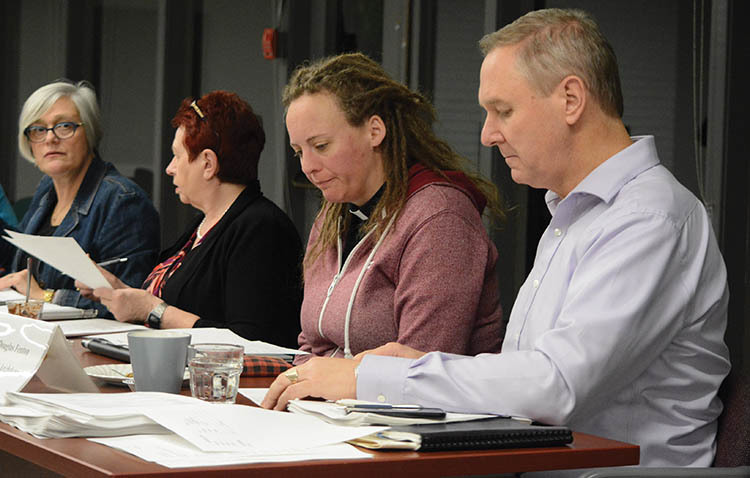 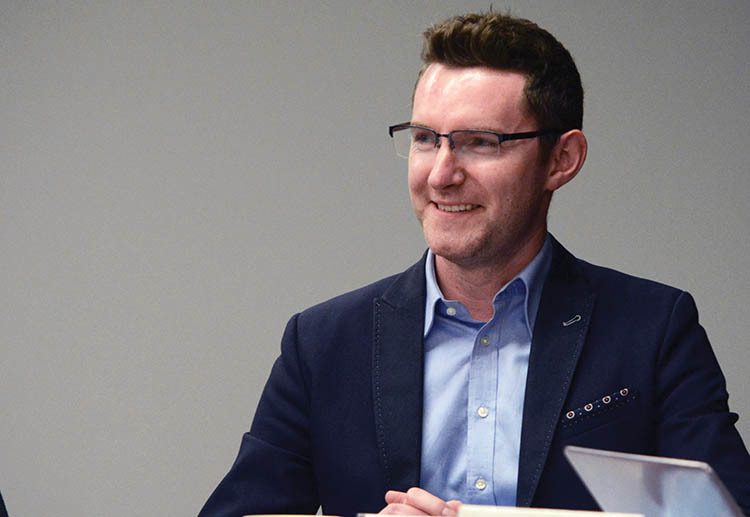 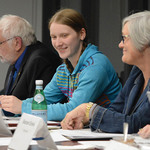 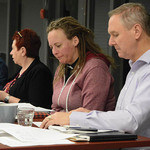 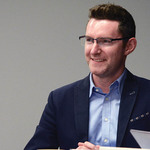 On November 14, 2018, Diocesan Council, the governing body of the diocese of New Westminster, chaired by Archbishop Skelton (“Synod between Synods”) met for its first full business meeting since, June 13, 2018. It was a very full agenda and following a 6pm dinner prepared by Bette Geddes of Bette Geddes and Associates Catering and Evening Prayer at 6:30pm, Council continued the work of the business of the diocese.

The focus of this meeting was very much about finances, specifically financial aid to parishes through grants and loans.

This financial theme actually began during the September 22, 2018 Working Retreat Day for Council as a request for a loan from St. Hilda’s, Sechelt needed to be discussed promptly as time was of the essence.  For those of you that have followed the story of the St. Hilda’s remediation and rebuild you will remember that the parish has been involved in a major rebuild of their church. This was necessary as engineering studies conducted after irregularities became apparent in the structure of the church building in the summer of 2017.  It was determined that the building as it stood was not safe for occupation which launched the issuing of a ‘Do Not Occupy’ order from the District of Sechelt.

The parish researched the options available and after significant study they decided to re-build the church. The original cost was estimated at over $900,000. The parish launched a fundraising campaign and organized financing. Part of the initial fund sourcing was a $200,000 loan approved by Council January 25, 2018. However, as is often the case, as the work progressed new issues were uncovered and the estimated cost of the project expanded to $1.3 million. The parish submitted a detailed and well researched presentation to the Management, Finance and Property Committee (MFP, one of the two Diocesan Council standing committees) underpinning their request for increased loan support of $470,000 from the diocese. MFP passed a resolution recommending that Council increase its financing support from $200,000 to $500,000 with an initial term of five years, at no interest, with payments of $1,500 per month commencing January 1, 2019. The funds would come from the diocesan Mission and Ministry Fund. This motion was carried on September 22 and with the increased funding the parish was able to complete the work and celebrate the church building’s re-opening and re-dedication, November 4, 2018.

St. Thomas, Vancouver began an ambitious accessibility driven renovation of its buildings in May of 2018. Although the project was carefully planned and a fund raising initiative within the parish successfully executed  and a loan from the diocese of $200,000 granted, the estimated cost of over $900,000 had by the fall of 2018 increased to $1.4 million. A major cause of this increase was that professional fees had climbed significantly due to the need to revise drawings several times once the walls and floors of the 100+ year old structure had been opened up. This required the parish to contract hazardous materials consultants and structural, electrical, shoring, geotechnical and mechanical engineers.  The City of Vancouver required the parish to replace its current water/storm sewer line, which was in excellent condition and run separate lines to the street. The following paragraph from the presentation to Diocesan Council on November 14, explains:

“The  change  work  orders  resulted  from  problems  discovered  once  the  walls  and  floors  were  opened  up.  These  included  removal  of  a  huge  rock  where  the  plumbing  lines  needed  to  run,  a crack  in  the  existing  foundation,  the  need  to  shore  up  existing  structural  components  of  the  building,  and  the  need  to  remove  all  of  the  concrete  flooring  to  accommodate  installation  of  the  new  water/sewer  line  which  resulted  in  the  entire  flooring  having  to  be  brought  up  to  current  code.  In  addition,  the  original  company  hired  by  the  contractor  to  remove  the  hazardous material  erroneously  removed  two  walls  that  had  not  been  sealed  off  and  as  a  result  the  entire  church  and  hall  were  contaminated.  The  firm  was  fired  and  replaced  by  another  firm  and  remedial  work  to  repair  the  contamination,  as  well  as  the  additional  environmental  reports  required  have  totaled  over  $65,000  to  date.  It  is  anticipated  that  this  money  will  be  recovered  from  the  negligent  firm’s  insurer.”

Although the parish had diligently planned this project, both the work and the funding, these new costs created a situation where they anticipated a shortfall of revenue over expenses in the amount of $373, 146.  With over $50,000 in pledges not due to be received until after the project completes, and a provincial grant of $20,000 also not available until after completion, the parish found themselves $445,000 short and requested a loan of $500,000 (the additional amount to draw upon if needed). MFP passed a resolution recommending that the Council approve the loan and on November 14, Council approved the loan extension ( the total loan to St. Thomas’ is currently $700,000). Initially the term of the loan is one year with monthly payments of $2,000 commencing on January 1, 2019. In order to address the rest of the loan amount Council stated that a working group of the parish and MFP commence discussions within six months to set out the arrangements for repayment of the total loan. This loan was also funded from the Mission and Ministry Fund.

The Parish of St. Thomas’ continue Sunday worship at First Lutheran Church located a few blocks away alternating between the Anglican and Lutheran rites.

At the November 14 meeting there were two important pieces of business conducted regarding the parish located in the Vancouver General Hospital district. The current membership of St. Mary Magdalene is comprised primarily of former members of St. Mark’s, Kitsilano and St. George, Vancouver. In order to create the new parish both parishes closed and their assets combined during the creation of the new parish. The paperwork was done and the new parish received Archbishop Skelton’s assent, January 13, 2016. However, the incorporation was still under the name “St. George” and the parish wanted to incorporate the new entity under the new name. The parish had filed a Statement of Registration (Sole Proprietorship) with the Registrar of Companies on March 14, 2016, declaring that The Parish of St. Mary Magdalene is a sole proprietorship (trade name) of The Parish of St. George’s, Vancouver as an interim measure.

This required that the Registrar, Donald Paul, ODNW, assist the parish in reincorporating, obtaining a charitable number for the new parish corporation and transferring assets from the prior corporation to the new one.  A motion was passed by Council permitting the request and the archbishop granted her approval.

The other work to be done involved an ongoing conversation between members of the parish and diocesan governors regarding financial allocation of proceeds from the sale of the former St. Mark’s building at 1805 Larch Street, Vancouver.

At the June 13, 2018 meeting of Council, the Trustees of the Parish of St. Mark’s recommended that up to $500,000 from the net proceeds of the sale be deposited to the diocesan Consolidated Trust Fund for the use of St. Mary Magdalene and that this recommendation be referred to both diocesan standing committees for review and recommendations back to Diocesan Council.

Joint meetings of the committees were held on August 24 and October 23, 2018.

The following is from the precis prepared for Council dated November 5, 2018:

The matter was  brought  forward  to  this  meeting  for  consideration.  After  further  discussion  at  this meeting,  including  discussion  on  the  quantum  of  the  amount  that  should  be  set  aside  for  the  Parish,  and  the  terms  and  conditions  that  ought  to  be  imposed,  a  draft  motion  was  put  forward  and  worked  on  by  the joint committee and a motion was finally put to the joint committee.

Members of St. Mary Magdalene were present at the August 24 meeting in order to present their case for the request of 10%, however the motion to recommend to Council that the Trustees proposal of $500,000 be granted was carried unanimously by both committees with the following conditions:

Following a discussion about the conditions listed above the motion was carried by Council. Jade Martin-Seedhouse, one of two youth members of Council is a member of St. Mary Magdalene. Jade left the room during the discussion and the vote.

This was also the final meeting for outgoing chair of the Mission Ministry and Development committee, Kim Hodge, ODNW. Kim has been chair of MMD since 2015 and has completed her term. Following a farewell to Kim from Archbishop Skelton and the presentation of a gift, the name of the nominee to succeed Kim as chair of MMD was announced, and the Reverend David Edgerton was unanimously approved by Council with Archbishop Skelton granting her assent.

The next scheduled full business meeting of Diocesan Council will be January 30, 2019