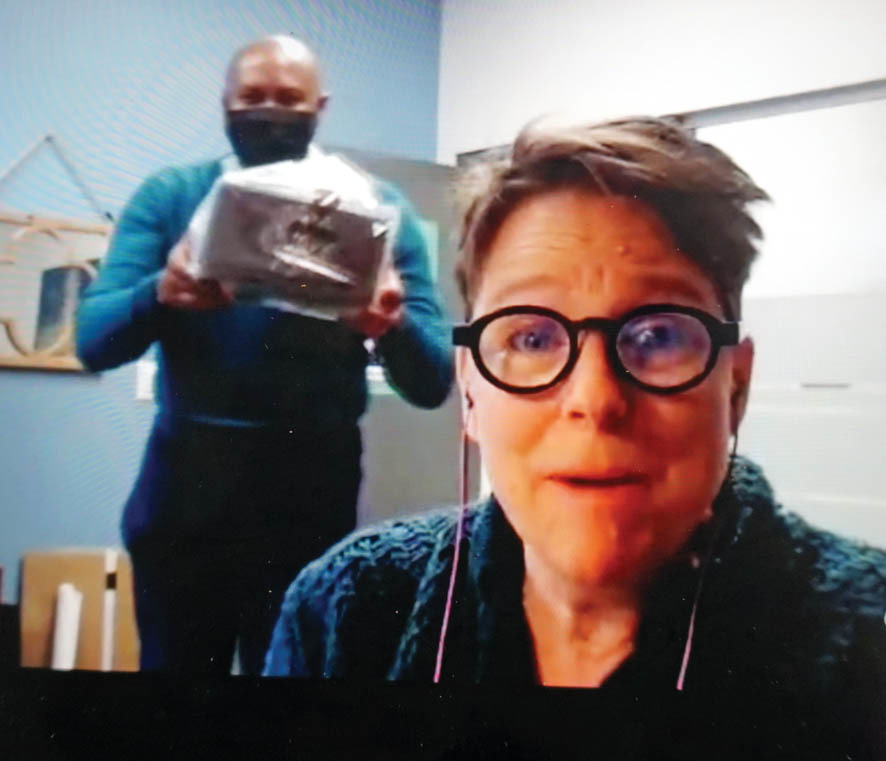 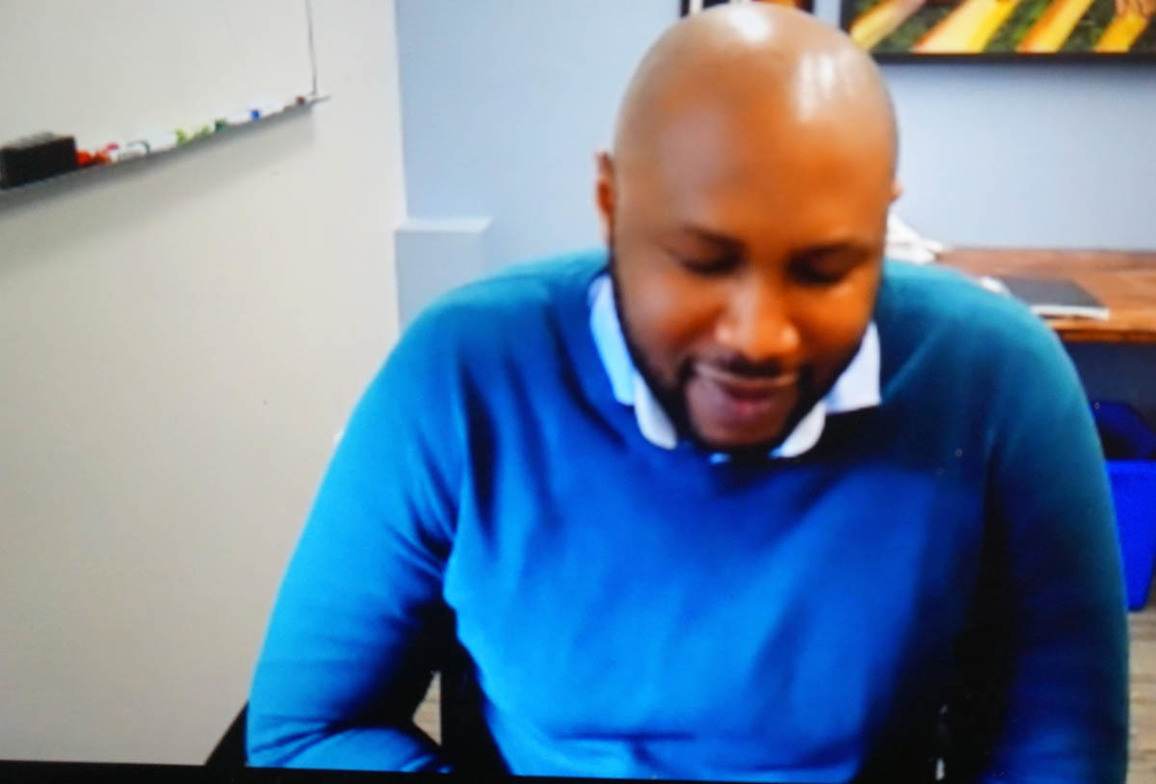 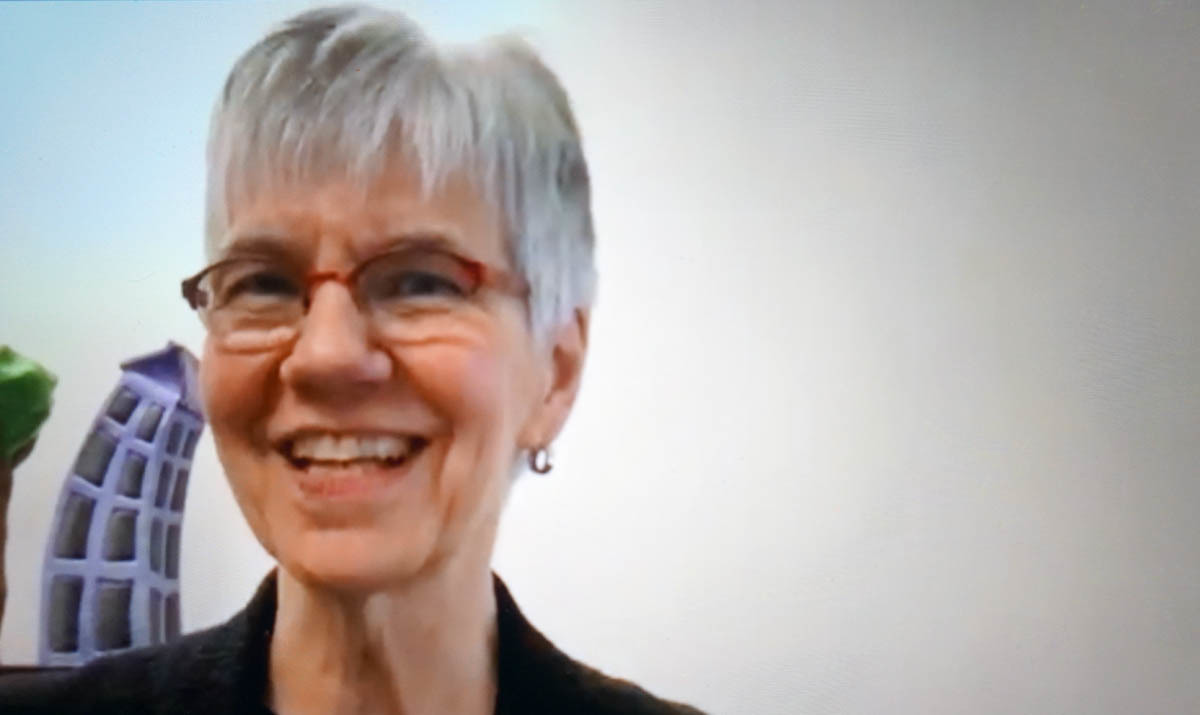 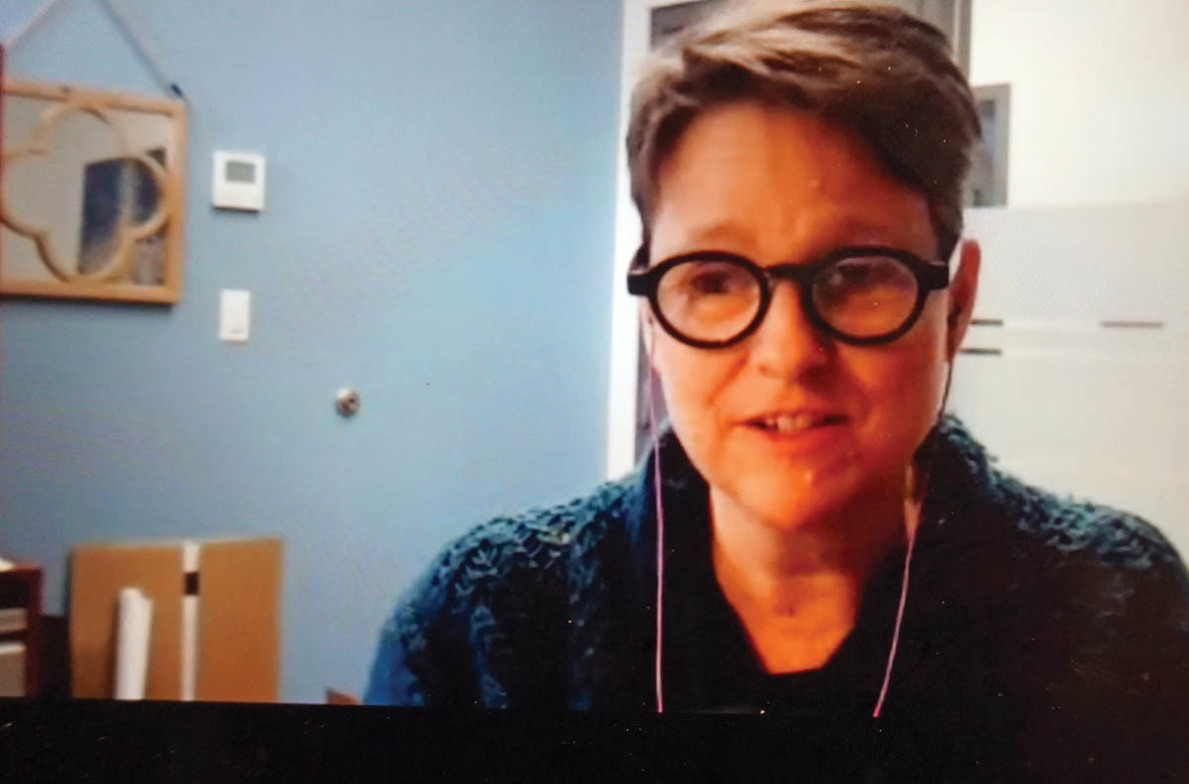 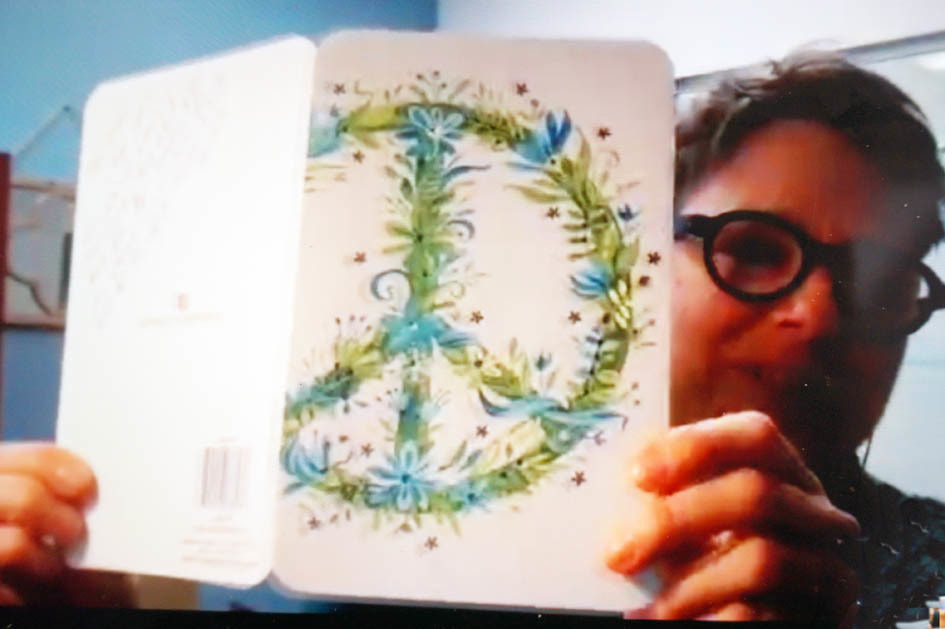 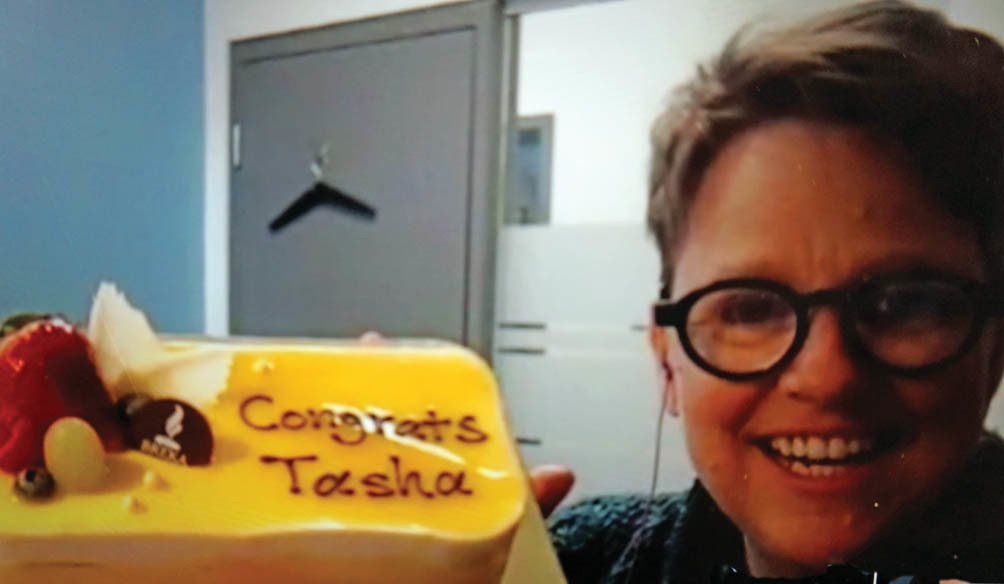 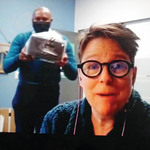 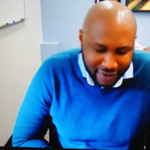 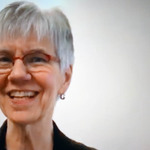 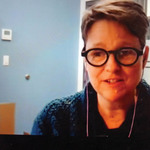 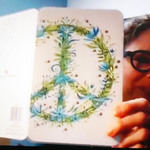 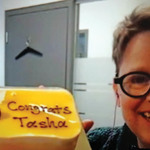 Over the past decade, the Synod staff “Farewell Luncheon” has become an institution in itself. As there are a number of people on staff who are part time it was necessary to come up with a staff event model that would allow for maximum participation. The current format is that the departing staff member chooses a restaurant and the catered meal is delivered to the Synod Office at 1410 Nanton Avenue usually (but not always) on a Wednesday. The staff gathers in the Trendell Lounge (the meeting and socializing space located on the westside of the building shared with the Parish of St. John’s, Shaughnessy), the meal is consumed, cards and gifts are distributed and each member of staff offers a memory and/or a reflection about their colleague. And, there is opportunity for the guest of honour to respond.

Thanks to diligent and careful planning, the Synod Office continues to observe an holistic list of COVID-19 safety protocols which prohibit gathering and sharing food, so the “Farewell” lunches now take place on Zoom. The guest of honour picks the restaurant and each participating staff member orders in advance, the food is delivered to 1410 a half hour or so before the appointed time, staff members pick up their orders, retire to their offices and minutes later the Zoom party begins. For those who are working from home they have the option of ordering a meal from a favourite restaurant and having it delivered in time for the Zoom gathering.

Tuesday, February 16 was the luncheon for departing Missioner for Parish Development, the Reverend Tasha Carrothers. Tasha began her ministry on Synod staff as a maternity leave replacement in 2007, and has remained for more than 13 and half years. During the second half of that tenure Tasha responded to God’s call which she had heard frequently through her life and entered into discernment and training for ordination. Tasha was ordained to the diaconate December 1, 2018, and to the priesthood June 15, 2019. For the past 18 months plus Tasha has been the Assistant Curate at Holy Trinity Cathedral a part time ministry position in conjunction with her part time position at the Synod Office. In late January it was announced that as of March 1, 2021, Tasha would be the new Vicar of St. Mary Magdalene, a fitting appointment for both parties; an innovative, inclusive and active parish with a unique liturgical style and an innovative, progressive priest skilled in parish & congregational development.

Tasha had chosen Japanese cuisine for her farewell luncheon, and once the Zoom meeting began, the Reverend Tellison Glover, Director for Mission and Ministry Development (and Tasha’s supervisor at the DofNW) gathered the staff in prayer prior to everyone in their own spaces digging in.

The teriyaki bowls, Poke bowls, sashimi, nigiri, uramaki (just to name a few of the dishes) garnered rave reviews from the staff. About 15 minutes in, Archbishop Skelton invited the first staff member to offer words about Tasha and then call in the next person. The sharing included some tears and some laughs. The newer members on staff were quick to praise Tasha for her much appreciated efforts to make them feel welcome and part of the team. Those of us who have worked with Tasha for much longer periods, spoke of her: skill, knowledge, tenacity, enthusiastic spirit, openness to new experiences and concepts, and the inquisitiveness that goes along with someone who has dedicated themselves to being a life long learner.

When the last staff member had spoken and it was time for Tasha to speak, Tellison, turned off his camera and crept next door to Tasha’s office, quietly opened the door and entered, masked and holding a cake box, which he deposited on the desk. Tasha responded to each and every staff member’s comments, graciously and eloquently with periodic swipes at the tears that every now and then started to well up.

Many of the newer staff members received information that they probably didn’t have before, particularly regarding the relationship between Archbishop Skelton and Reverend Carrothers. The two had met a number of years prior to Archbishop Skelton’s election as the 9th Bishop of the Diocese of New Westminster when Tasha and a colleague travelled to Washington State to attend the Episcopal Diocese of Olympia’s College for Congregational Development, the programme created, developed and led by then-Reverend Canon Melissa Skelton, Tasha admitted that her expectations for what she would learn at the “College” were low. In fact, she admitted that she was planning an early exit strategy prior to the first session. However, her experience at the College completely absorbed her, she became an acolyte of the methodology and a pupil of the leader. This developed into a mentoring relationship which has continued for over a decade. In many ways the connection made by Tasha+ and +Melissa was the beginning of a profound period of change and growth in the life of the Diocese of New Westminster, and it is fitting that both their ministry paths are changing at the same time.

The Synod Office staff’s loss is the Parish of St. Mary Magdalene’s gain, but we can be sure that Tasha will be called in the future to share her many gifts with the diocese. And, as the past is always the best predictor of the future, Tasha will step up and be there for others, listening, collaborating and leading.

Please keep the Reverend Tasha Carrothers, her family, the Parish of St. Mary Magdalene and the Synod Office staff in your prayers as they enter this period of transition.