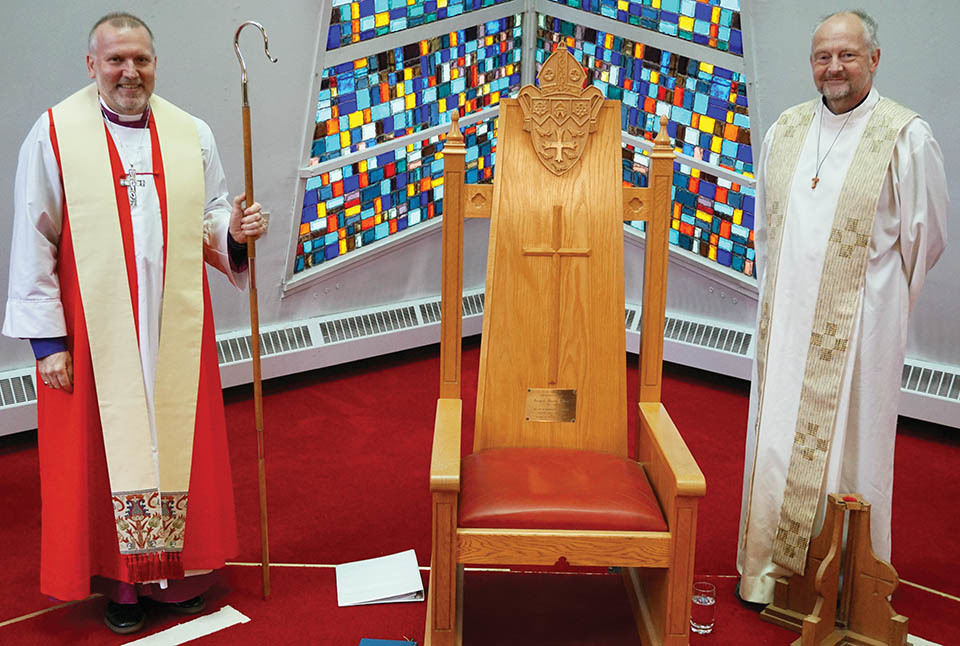 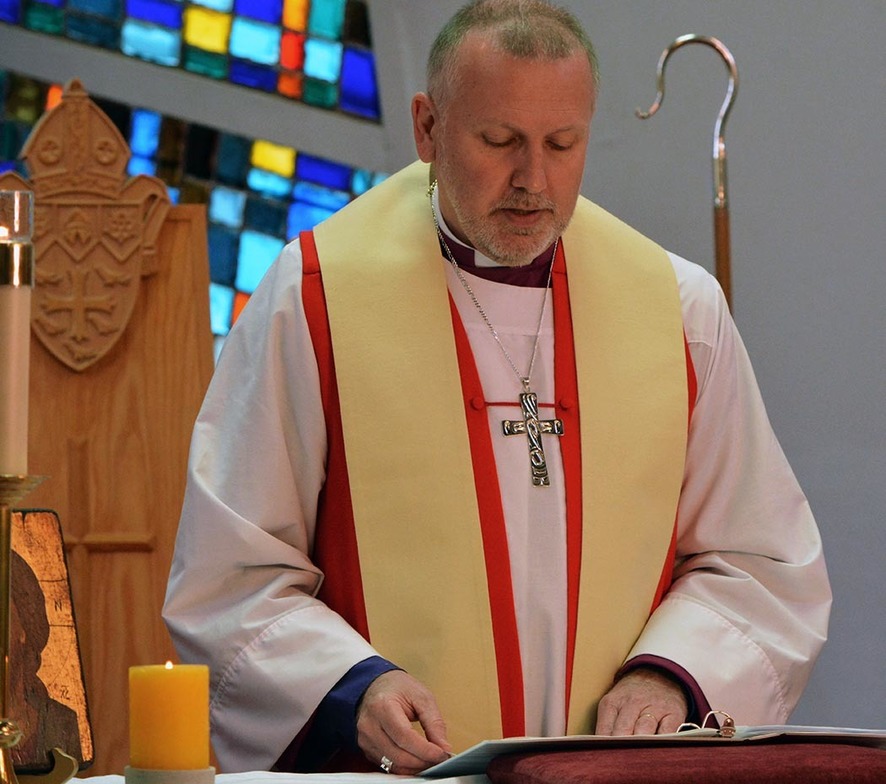 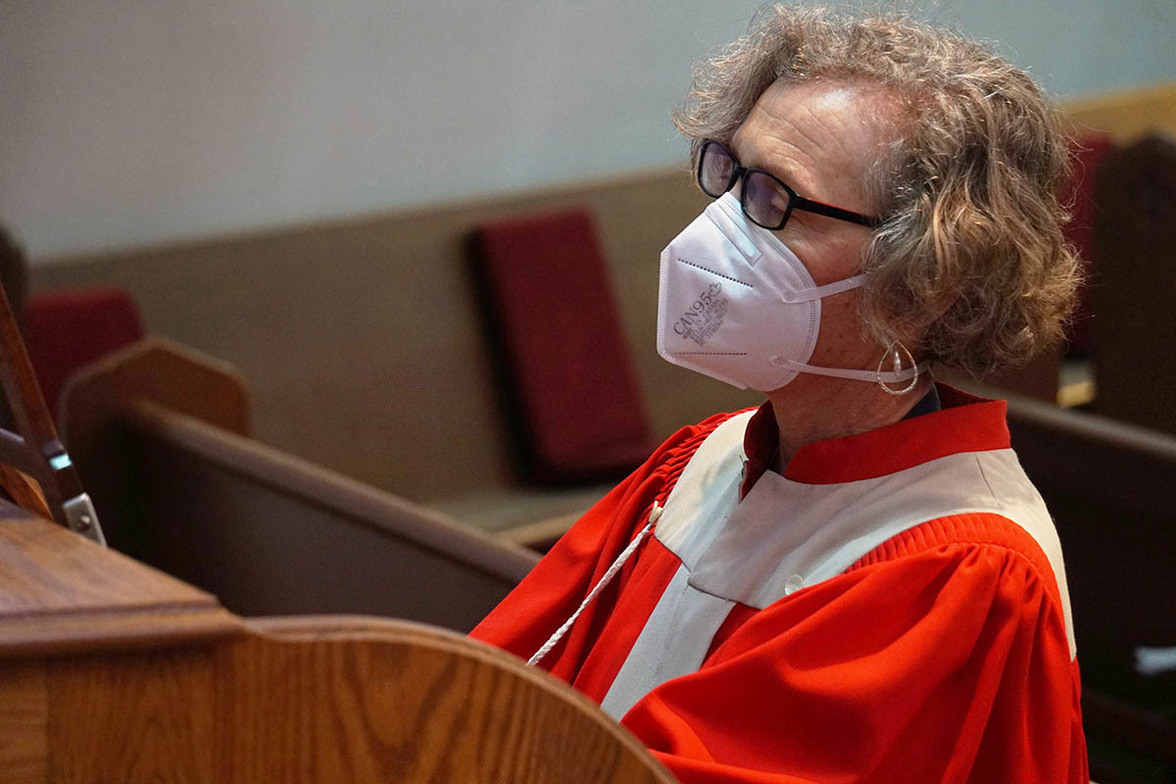 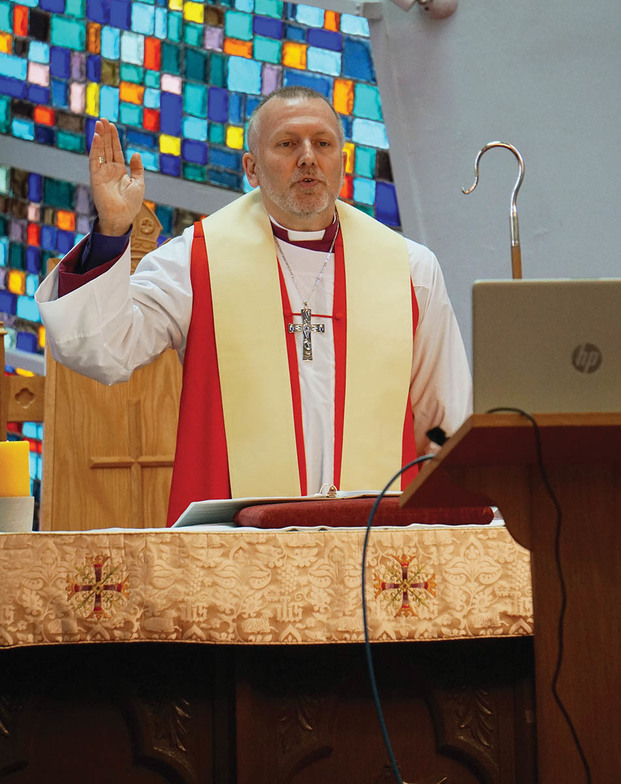 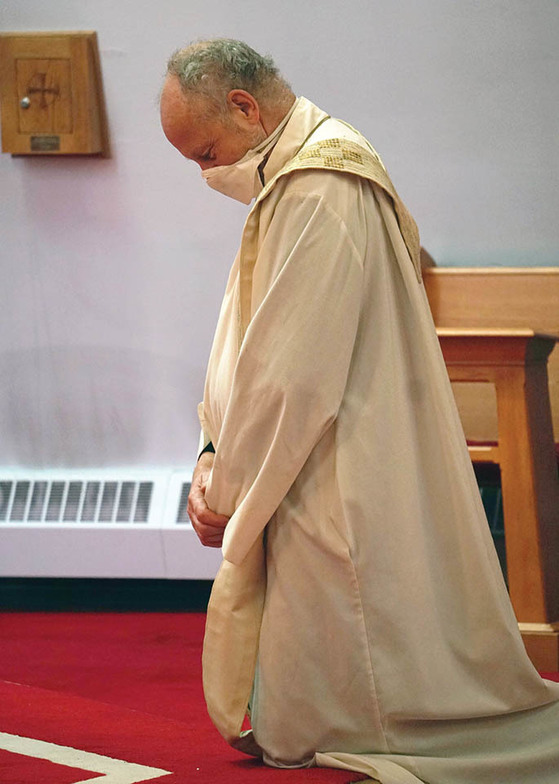 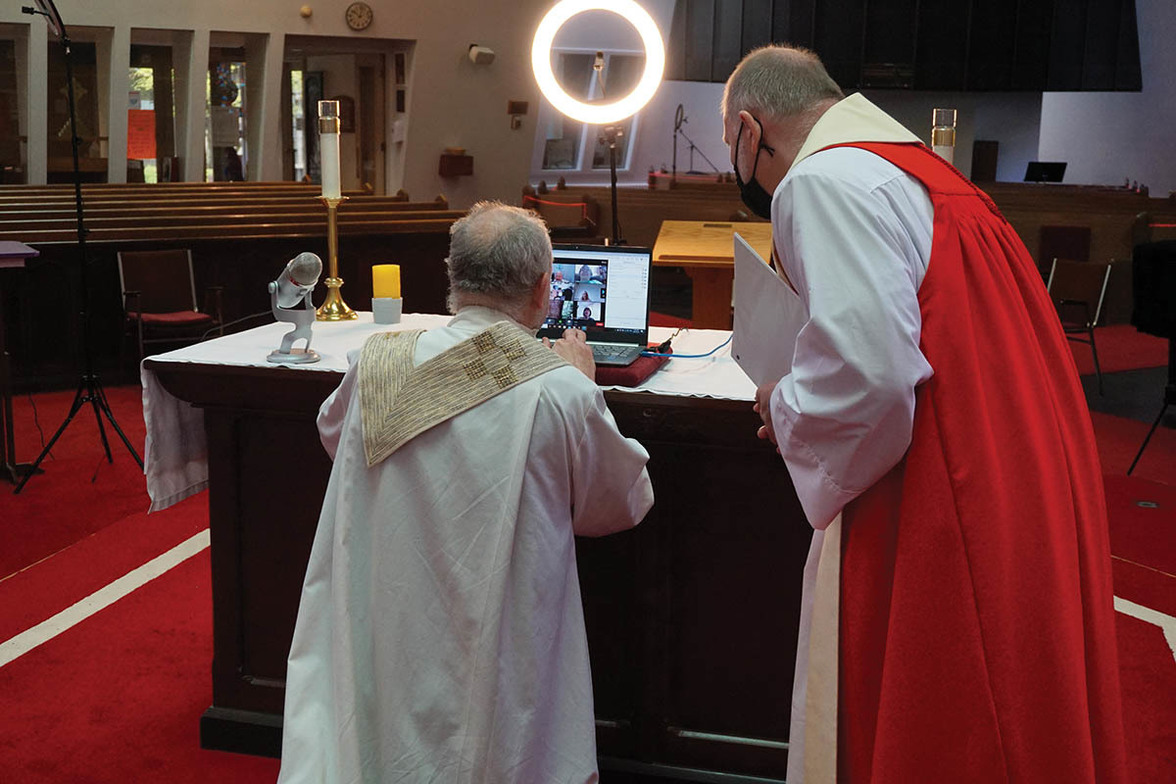 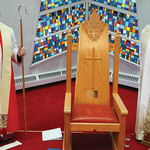 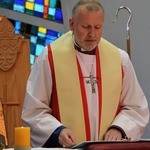 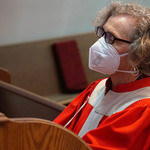 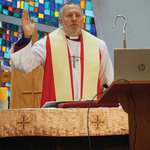 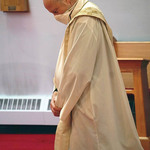 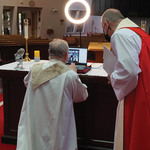 On Sunday, April 25, Easter IV, the Sunday in Easter often referred to as "Good Shepherd Sunday', Bishop John Stephens visited his Parish of St. Stephen, West Vancouver. Worship was Morning Prayer, celebrated in the sanctuary of St. Stephen's with only the principals present and the combined congregations of St. Stephen's and neighbouring St. Christopher's participating in the liturgy via Zoom.  Participating in the worship were: Canon LLoyd as MC and Gospeller, Bishop John Stephens who was Celebrant and Preacher, Director of Music, organist, Dr. Annabelle Paetsch, Reader, Sharon Wright who offered the First Reading, Acts 4: 5-12 onsite and Bella, the LLoyd's beloved dog. DIALING IN THE ZOOM COORDINATES

This would also be the final liturgy attended by the Rector of St. Stephen's, Canon Jonathan LLoyd who after a four and a half year incumbency would be returning to his home in England. Bella, the 'Church Dog' was born in England six years ago, attended every church service at St. Stephen's and will be returning to England on the same plane with Canon LLoyd to be reunited with Sue LLoyd. The Zoom attendance was substantial, with some perspective attendees disappointed as the capacity of the St. Stephen's Zoom license was quickly reached restricting the viewers to under 100.

Following the liturgy there was an after party on Zoom with tributes and gifts presented to the departing rector by members of the St. Stephen's congregation.

Bishop John made numerous references to Canon LLoyd's departure in his sermon:

It is a great honour to be with you on this day in particular as your beloved rector, Jonathan, is retiring and heading back to England.  When Jonathan told me that he was going to be retiring I was a little bit rude to him, I have to admit and told him that he should stay.  You see I didn’t want him to retire, I wanted him to be staying in ministry here in the diocese for a good many more years.  I value Jonathan’s insight, his experience in ministry, his perspective, his wisdom, his faith, his hope and trust in God.  Jonathan knows what ministry is all about and that it is centred on relationships.  Relationship with God (Father, Son and Holy Spirit) and relationship with the people of the parish, the people of the surrounding community, the people of the deanery and archdeaconry and diocese. Jonathan is very aware of the depth of love that God has for him and how he is called to live that and show that.

Bishop Stephen's concluded his sermon with these words about Canon LLoyd:

Jonathan was ordained a Deacon in the Southwark Diocese in 1990.  Since that time he has served in a variety of ways in England, Europe and of course here at St. Stephen’s West Vancouver.  Today marks the day that he is retiring.  It is a time, I am sure, of mixed emotions as the joys and celebrations come to mind but also the eagerness to move on to quieter things and a different pace of life.  Jonathan has invited many people over those years to discover the green pastures and the still waters, to discover the Good Shepherd who leads us, the one who walks with us no matter what valley we walk through.  May Jonathan know God’s blessing upon him and with him and through him as he journeys from here.  Jonathan is a kind and caring shepherd to so many, one who knows the voice and the compassion of the Good Shepherd and lived that out throughout his ministry and throughout his living.

May we who have known Jonathan be influenced by his words and actions to be resurrection people because we know God’s voice telling us I am with you now and always. RECEIVING A BLESSING PRIOR TO PROCLAIMING THE GOSPEL