Farewell to Peter and Thomas 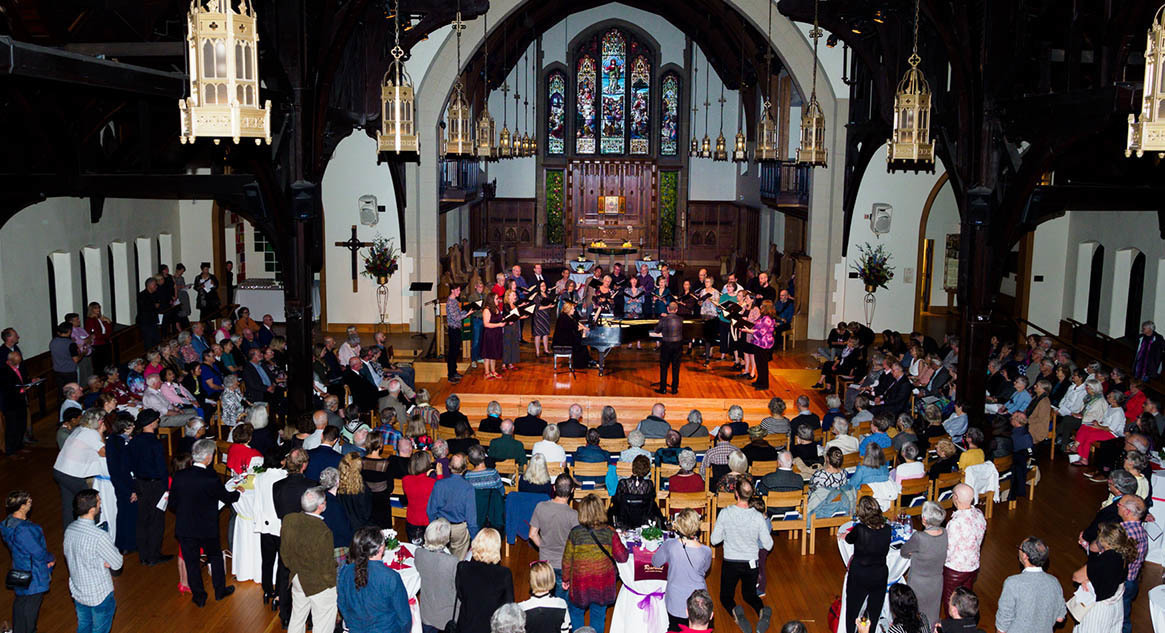 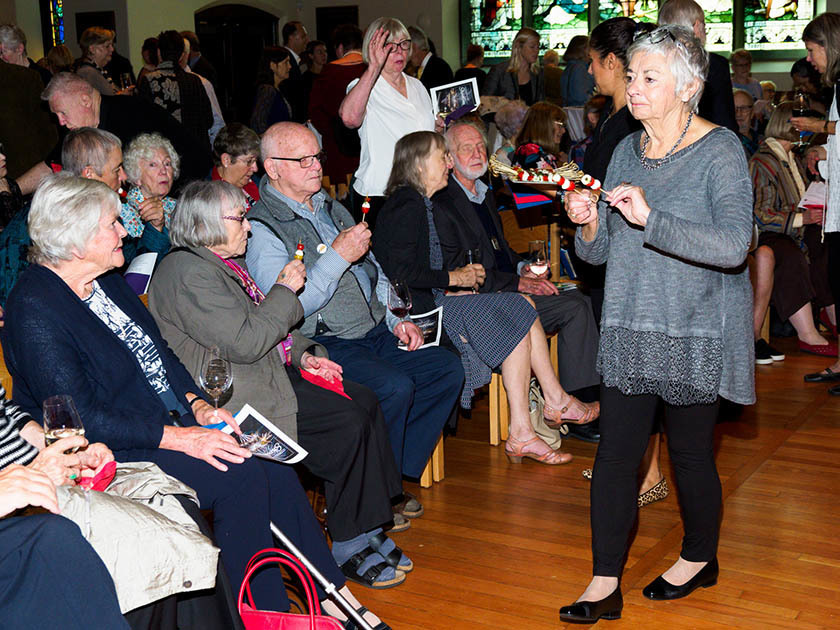 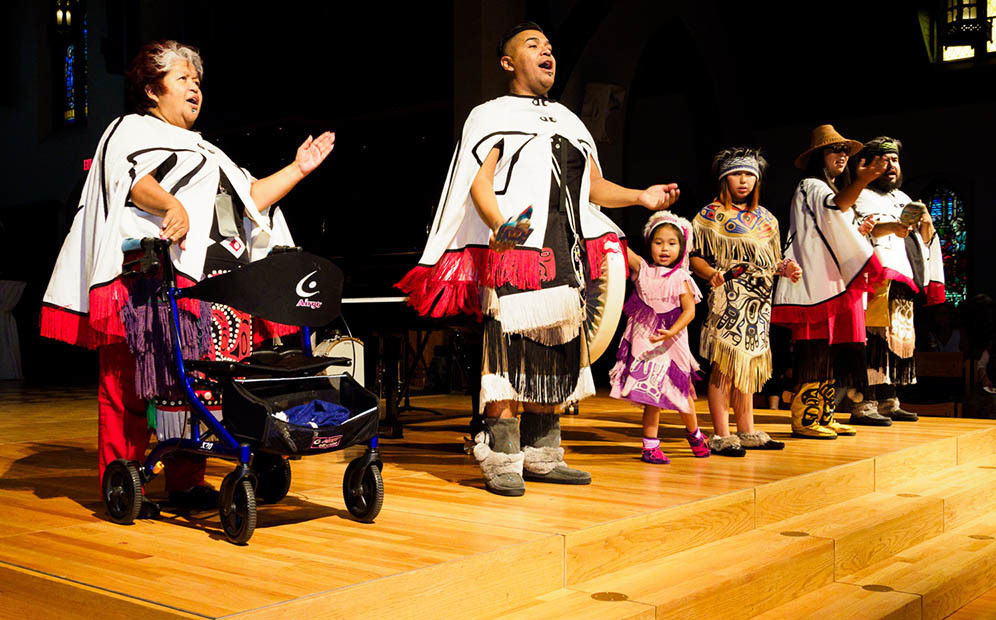 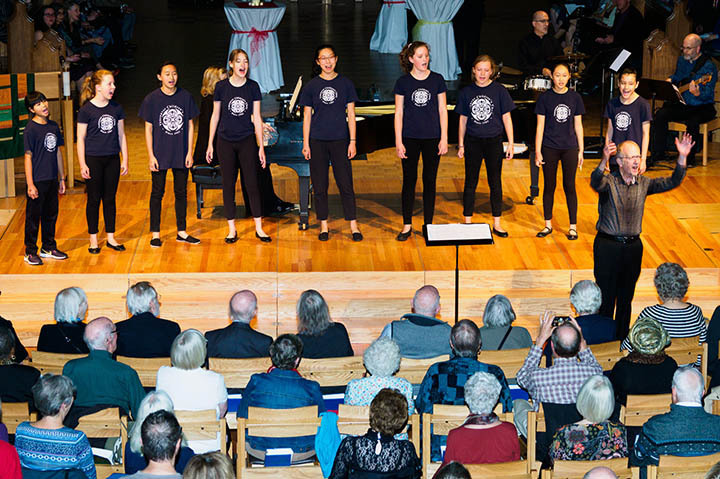 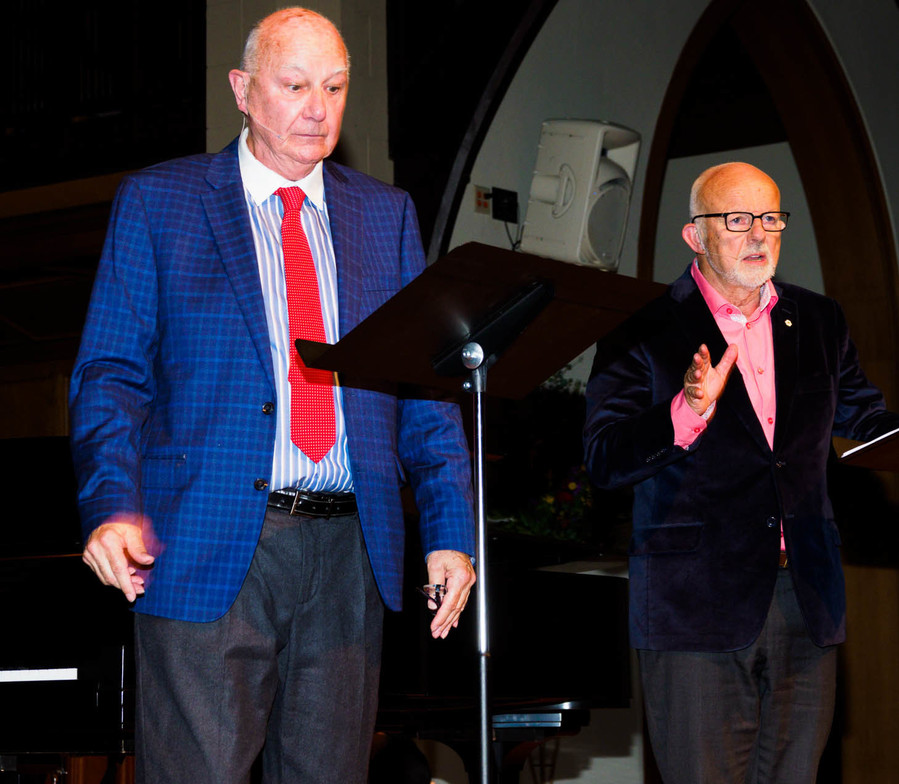 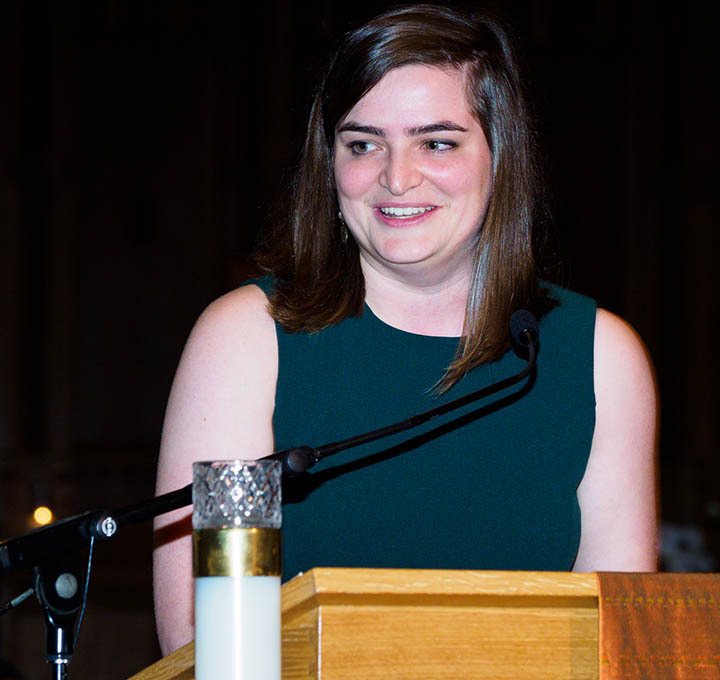 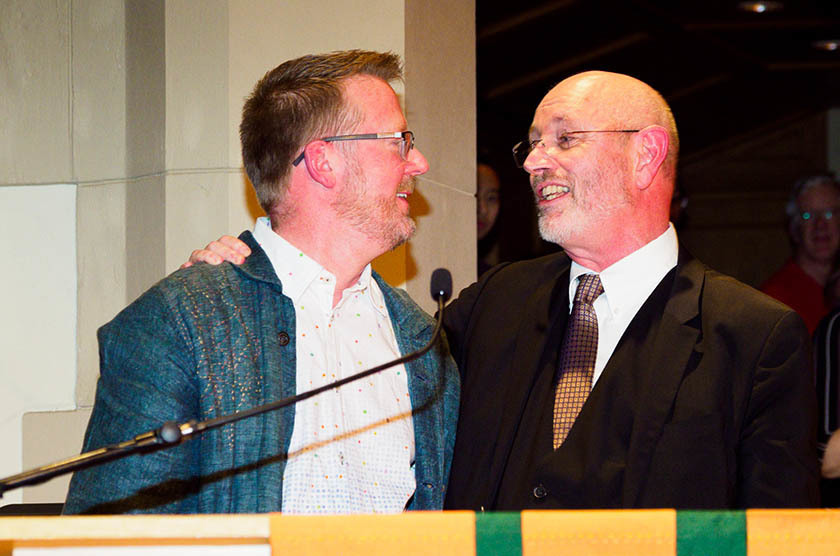 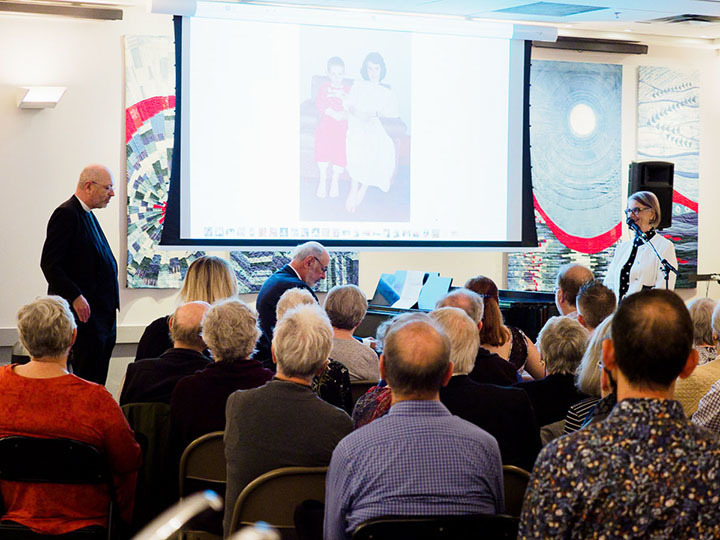 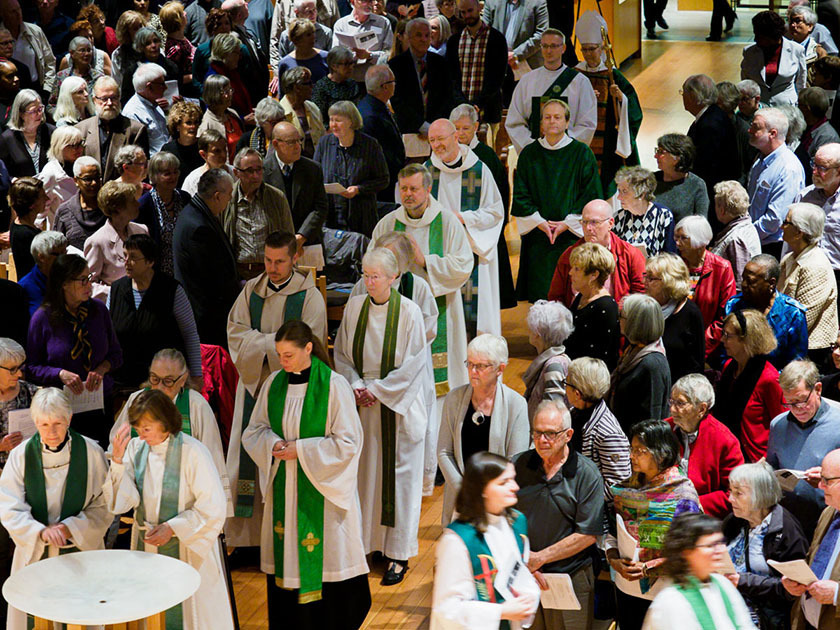 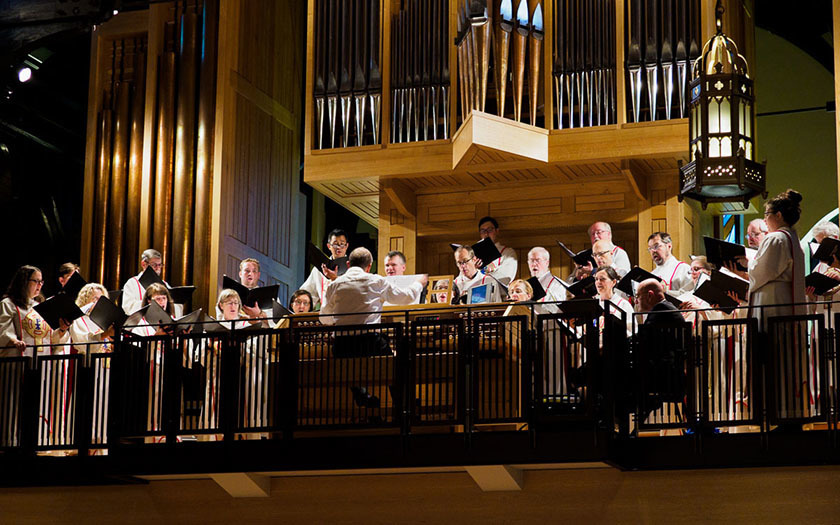 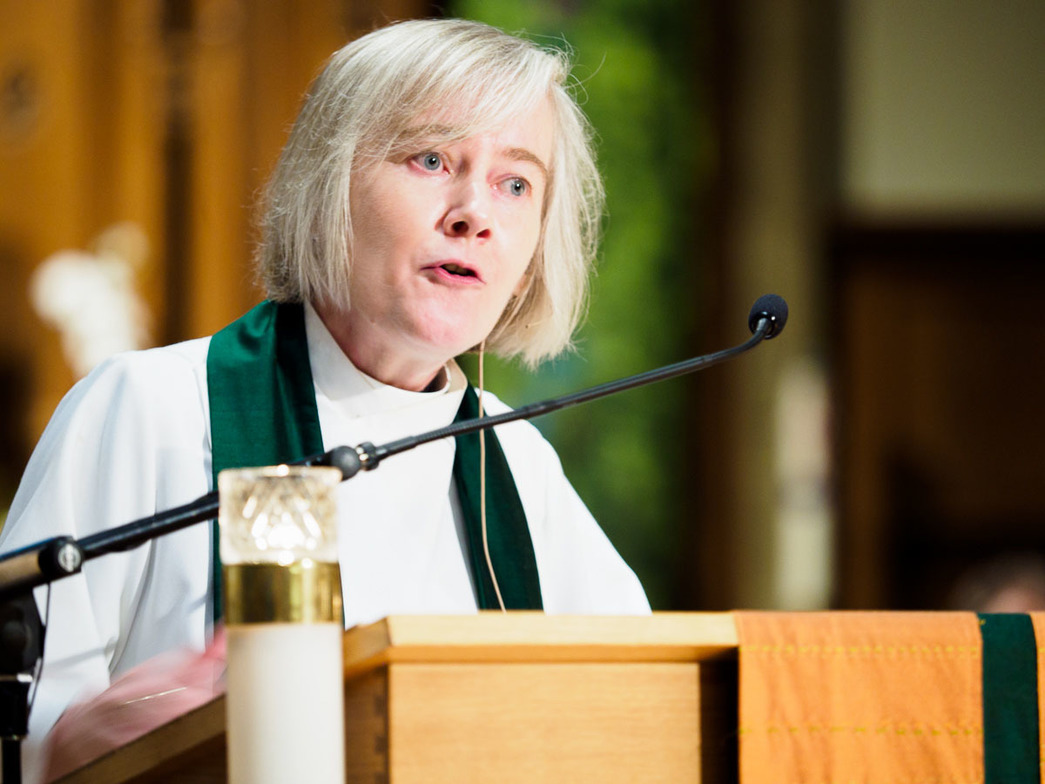 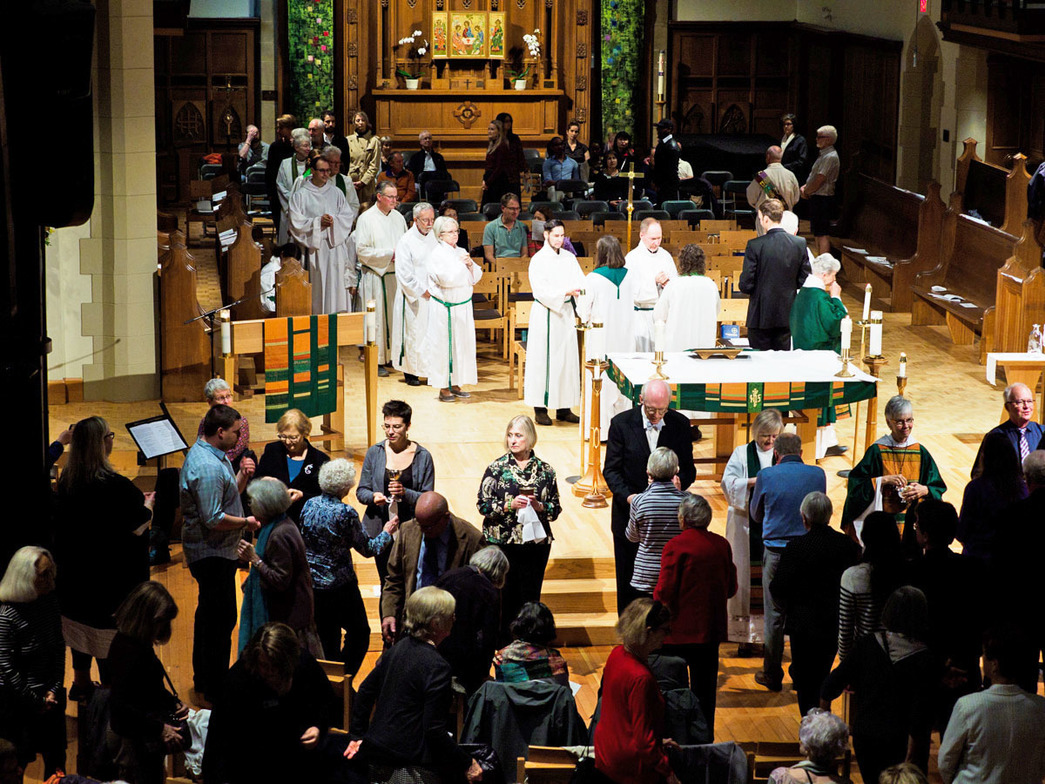 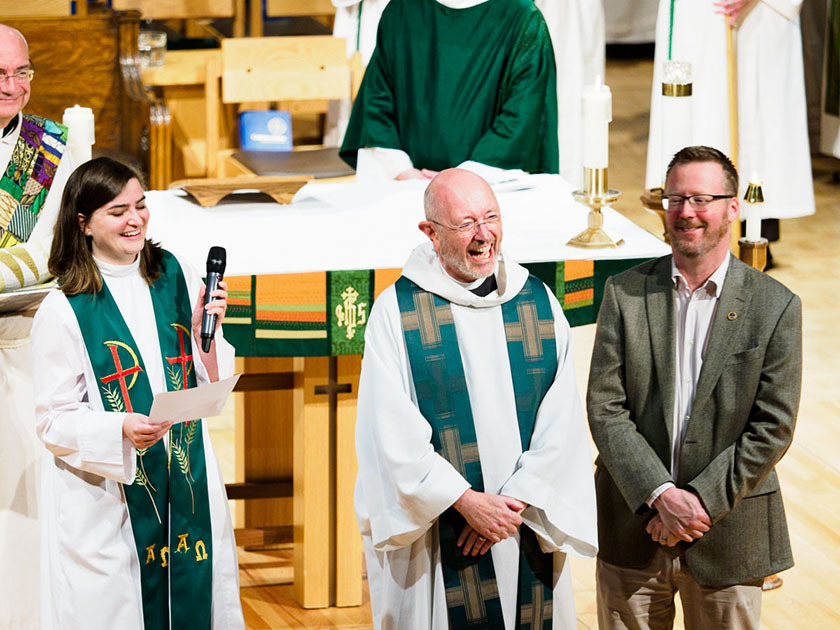 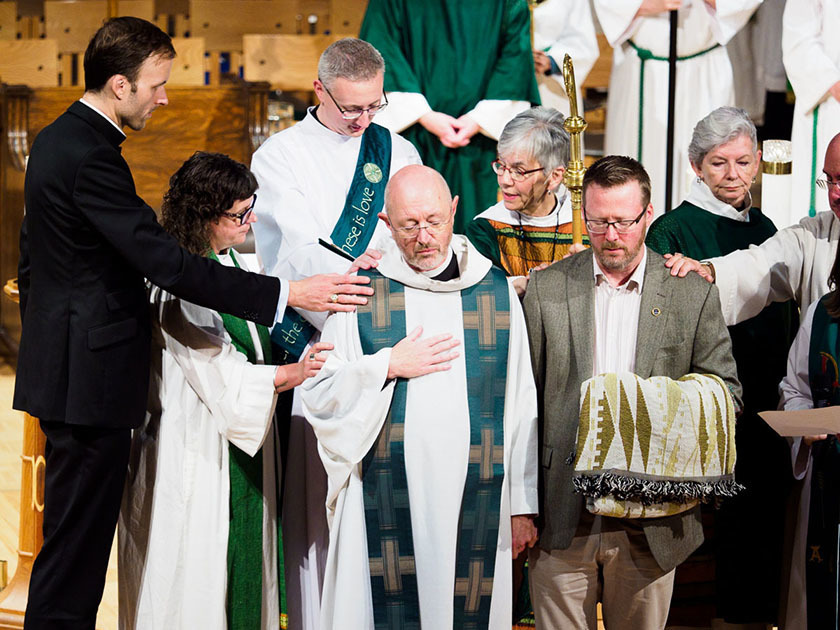 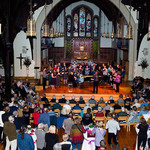 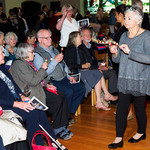 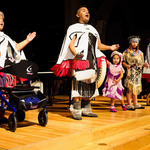 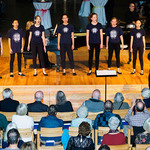 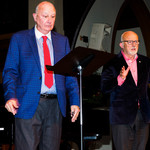 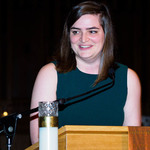 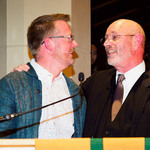 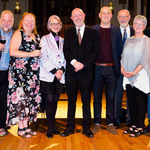 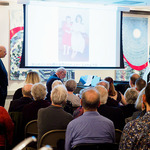 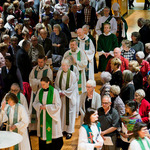 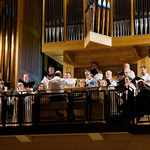 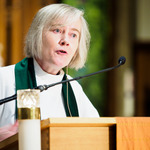 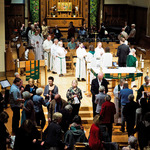 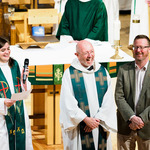 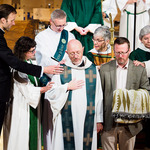 Ellen Clark-King had a job to do.

Invited back from San Francisco’s Grace Cathedral, the newly-minted vice-dean, who had spent 12 years as priest (Cathedral Vicar) at Christ Church Cathedral, had been asked to preach at Peter Elliott’s last CCC Sunday, on September 22.

Dean Elliott, 65, was ending his 25-year run as CCC’s thirteenth rector and eighth dean. Tears had been close to the surface for many all weekend, from a Friday night musical farewell, through a Sunday morning of family reminiscences and song with Dean Elliott’s brother and sister, Tim and Anne, and into the service where Archbishop Melissa Skelton was presiding.

So the Rev. Canon Dr. Clark-King didn’t let the day’s Gospel, the complex Lukean parable of the dishonest steward, get in her way.

“Being fools for God . . . is not the same as being stupid for God,” Dr. Clark-King told the capacity congregation.  “Rigour, people. Logic and questioning and honest doubt, people. These are the gifts that Peter has brought you that you need to cultivate as you move into a future without his leadership.”

While paying tribute to Dean Elliott and his husband, textile artist, Thomas Roach, she spoke clearly to the congregation.

A parish that continues to be alive and open to the beckoning of the Spirit, in new directions, she said, “will be your greatest gift to these two men whom love you so well.”

For the Friday night retirement party, using a lighter tone, Dr. Clark-King dug down deep to find Dean Elliott’s faults – her list was short and to the point:  He tells terrible jokes; he so often runs just a little late; he wears socks with sandals.

The evening opened with the inaugural TGIF peal of the bells - to mark the end of the work week, the usual 6pm Westminster chime and six tolls will now finish with a three-minute peal every Friday, except Good Friday.

The musical selections, all chosen by Dean Elliott, included Cathedral Choir singing, among other pieces, Morton Lauridsen’s Sure on This Shining Night, and members of the Vancouver Children’s Choir performing the Petula Clark standard, Downtown, with audience participation. Both were conducted by CCC’s long-time music director, Rupert Lang.

Unlisted on the program and unknown to the evening’s honoree, was a new hymn, to the well-known tune, Monk’s Gate, written by Dr. Clark-King, a skilled hymn writer.

Entitled A Great Dean, the last lines run: ‘Peter you are so dear, Thomas we love you here, Go forward without fear:  How we will miss you.’

Mr. Lang was pleased at having pulled off the gentle joke.  “It’s practically impossible to surprise Peter, but we did it.”

Kathy Shier was among the 400 Friday night partiers.  She’s in the 85% or so of the 800+ member parish who have never known CCC without Dean Elliott.

Ms Shier, now co-chair of parish council, had been looking for a church for more than 20 years, without ever telling family and friends what she was doing, when she settled on CCC about five-and-a-half years ago.

After a stretch of once-a-month attendance, Dean Elliott said to her: “I think we need to have a conversation.”

He presented Ms. Shier with a question.  “If it were against the law to be a Christian, how much evidence would there be to convict you?”

She chose baptism. “He set me on a path of being declarative about my faith and my beliefs that has changed my life,” Ms Shier said.

At the other end of the spectrum is Graham Rawlings, also at the Friday night party. Mr. Rawlings, with his late wife, Shirley, joined CCC about 30 years ago, and he was on the canonical committee that hired Dean Elliott.

Mr. Rawling’s account of meeting Dean Elliott is famous enough to have made it into CCC’s official history book, Living Stones –

...it was a cold, rainy Vancouver day, and when he went into the CCC sanctuary looking for the candidate he was to drive to the interview, he saw an impossible young-looking, unprepossessing man in a dripping wet anorak.

“I thought, my God, is this the chap I’m supposed to be picking up?”  With a minimum of three candidates to be interviewed, Mr. Rawlings figured, “This must be the make-weight.”

But as Dean Elliott’s interview went on, “it became apparent to us that this was the person we needed.”

“He’s left a heritage for us and it’s a responsibility for us to support whomever comes next and build on this heritage,” Mr. Rawlings said.  And the 25 years? “It was a wonderful journey for us all.”

Sunday’s service closed with cards, gifts, a prayer, and a blessing for Dean Elliott and Mr. Roach, a double cake-cutting and the singing of Auld Lang Syne.

Rector’s Warden, Emily Pritchard, who chairs the search committee, said the ministry posting for a new rector will be circulated early in October of 2019.  Interim priest-in-charge, the Rev. Canon Dr. Richard LeSueur, in the office from Oct. 22, is expected to be there until a rector is in place, she said.

While a late spring 2020 start has been floated, Ms Pritchard was cautious about committing to a specific timeline. “The process is underway, but it is very early days.  Right now, the committee is focussed on posting the best profile we can to attract the best candidates.”

Initially, the CCC leadership, and others, were cool to Archbishop Skelton’s proposal for an interim rector. Speaking after the service, the archbishop said she was pleased that that seemed to have changed.  “I’m getting lots of positive feedback on having an interim,” she said.

Coming from Washington State into the Canadian church as bishop in 2014, she found herself with a dean who could anchor her in new territory.  “Peter knew the story behind the story and the people behind the people.”

“We met monthly one-on-one and sometimes that wasn’t enough.”

Mr. Roach thanked the Friday night gathering for giving him a place to grow as an artist.  “You said yes when I had crazy ideas.”

And Dean Elliott made it clear he was ready to be “a has-dean.”

Turning to his beloved Broadway, he cited two Godspell songs to move his congregation from good-by to hello. “Long Live God at the corner of Georgia and Burrard,” Dean Elliott told the gathering, and “Prepare Ye The Way.”

Here is the tribute that current Cathedral Vicar, the Reverend Helen Dunn presented to those gathered at the September 20 celebration. EDITOR

God here among us. Light in the midst of us. Bring us to light and life.

Tell me: what is the one thing you will remember about Peter’s office? Is it the pews lining the corner wall? How about the big round table or the buttons on Peter’s desk, which when you press them, sound off with an alarming, “No!” or “That was easy!” or “Yes yes yes yes yes!” Maybe it’s the little sign on Peter’s bookshelf, which reads: “Please God not another meeting!”

For me, it’s the blue painting of the Celtic Trinity knot by artist in residence, Thomas Roach. Printed around the perimeter are the words: “God here among us/light in the midst of us/bring us to light and life.” These words form the lyrics of a fraction anthem (what we say and sometimes sing when the priest breaks the bread during the Eucharistic prayer) composed by former Cathedral organist, David Russell.

When I was interviewing for the Vicar position, I was sitting on a pew at the big round table in Peter’s office, beneath the blue painting of the Celtic Trinity knot. The first question I asked Peter was: “How would you describe your management style?”

Peter leaned back. He looked over at his shelves and I expected him to pull out a book by a renowned leadership guru. Maybe he’d open an earmarked chapter and quote the latest in management theory? But Peter leaned forward, put his hands together (like he does) and said, “I call it ‘management by walking around.’”

And then he folded his hand across his heart and let out that signature Peter Elliott laugh!

Management by walking around. Not exactly a flashy description of leadership. Instead it was unassuming, humble. It’s the perfect description of Peter, isn’t it? Leaning in doorways, stirring up enthusiasm for the next big thing, whistling in the hallway, walking downtown Vancouver noticing the latest real estate development (being careful to mind the curb where the old Safeway used to be), pausing in the middle of a meeting to say, “Have you heard my latest knock-knock joke?”

In his last sermon, Peter reminded us that at the heart of the Paschal Mystery is the powerful message that we move from birth through death to life again—that God is “the energy of love that seeks to reach us.” This is, for me, what God’s ministry through Peter has looked like in our midst. Peter’s “management by walking around” has meant looking for where God’s life might show up next and delighting in the myriad of ways that God reveals her love in the human journey of each and every person. Peter’s openness, his “yes” to dreams and ideas as they bubble up, what a tremendous gift this has been! So, let us take to heart the words that encircle that blue painting of the Celtic Trinity knot in Peter’s office, the words which form the anthem we sing when we break bread together in remembrance of our Lord Jesus: God here among us. Light in the midst of us. Bring us to light and life. We carry these words with us; it’s this song that sings us into our next chapter.