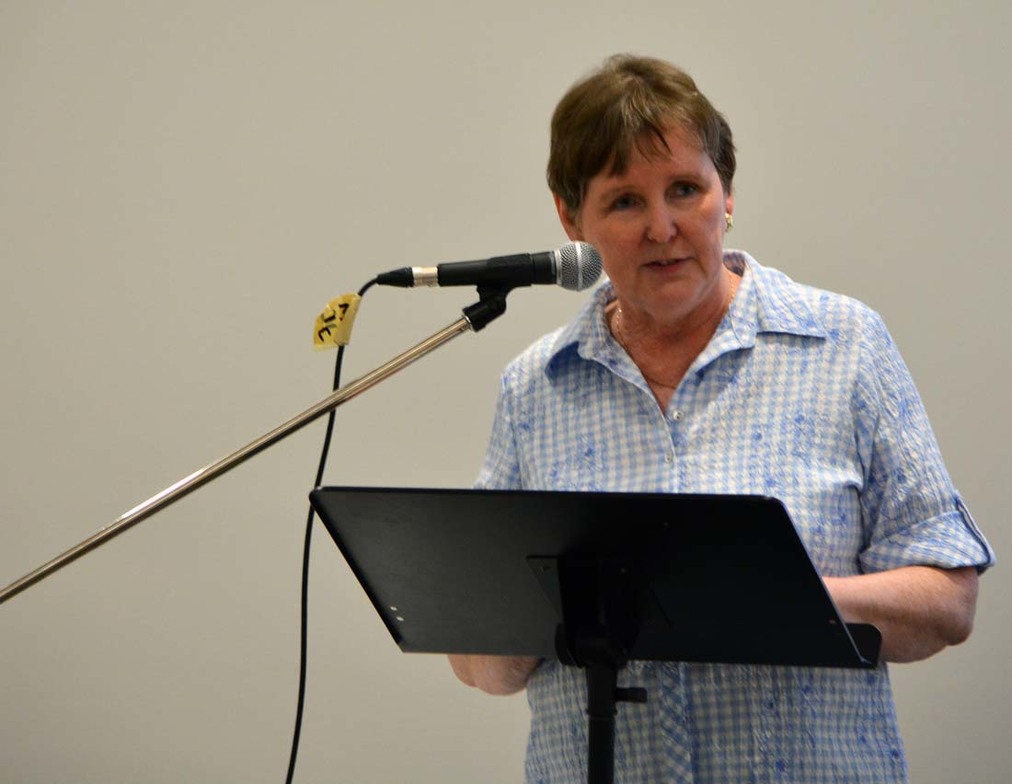 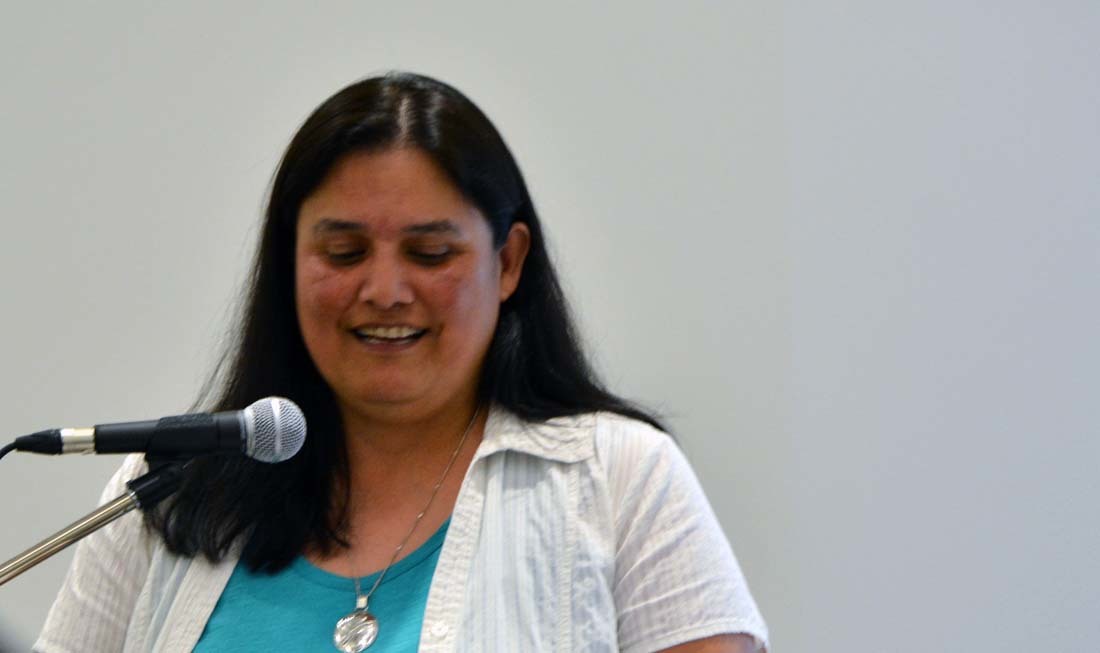 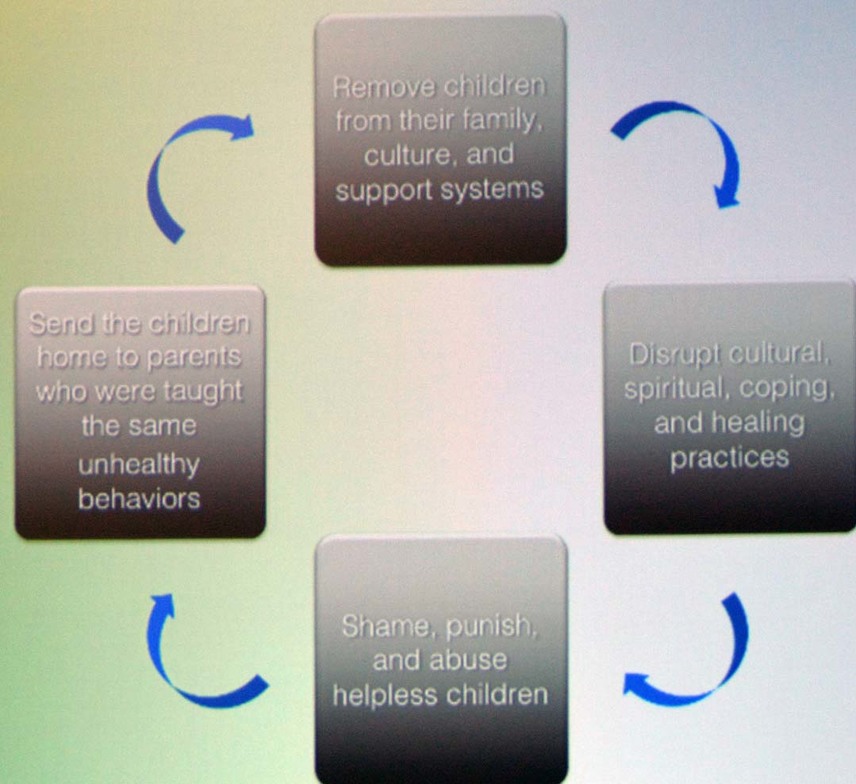 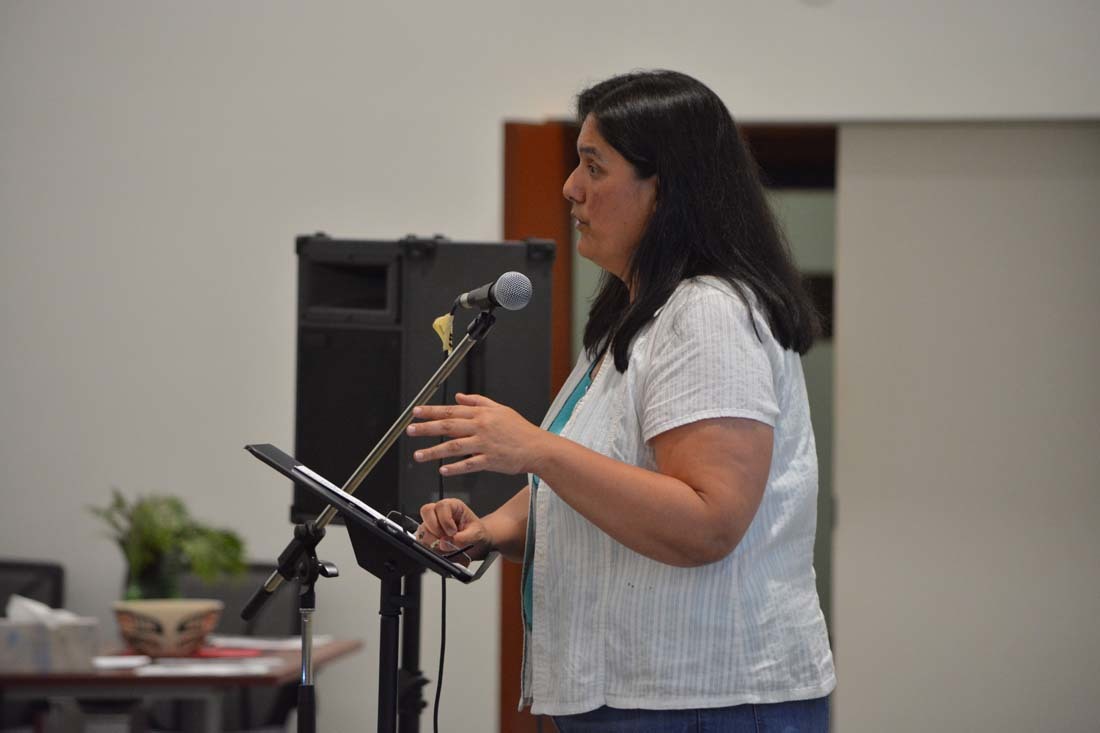 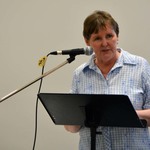 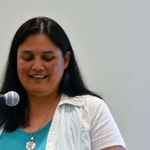 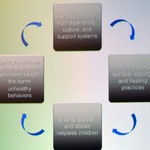 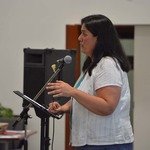 The second session of the three in the First Nations Voices series presented by The Coming Home Society/Urban Native Youth Association with assistance from the diocese and specifically the Diocesan Indigenous Justice Ministry took place in the Conference Room at 1410 Nanton Avenue, Thursday, April 21 at 7pm.

For those of us not only familiar but experienced in presenting a series of events in the context of “Church” it is often the case that there is a pretty substantial turnout for the inaugural event, however that is often followed by a considerable drop-off for the next and subsequent components of a series. This was not the case for “First Nations 101” a presentation by author, Social Worker, Senior Administrator, Lynda Gray.

Lynda Gray is from the Tsimshian First Nation, their communities are located mostly in coastal British Columbia around Terrace and Prince Rupert. Her 2011 book “First Nations 101 – tons of Stuff You Need to Know about First Nations People” has received excellent reviews particularly from people who are just beginning the journey of engaging with First Nations and working towards understanding that history and worldview. The book is an overview of the complex story of First Nations, written in easy to understand language with some of Lynda’s personality sprinkled in to the mix.

The evening began with The Coming Home Society’s chair and founder, Linda Adams, ODNW welcoming the group and thanking them for their donations. All donations collected as admission to the three First Nations Voices events will be directed to “Wisdom of Elders”, a shared initiative of The Coming Home Society and Urban Native Youth Association. After a very brief welcome, Linda introduced Lynda Gray.

Lynda began by saying that she uses the term First Nations. That is “the label that makes the most sense.” She pointed out that the Canadian Government has taken to the almost exclusive use of the word aboriginal, but for her any word with the prefix “ab” before it usually equals “not” and no matter what your concept of the history of North America is, “not-original” is not an appropriate label for the inhabitants prior to European colonization.

In a 50 minute initial presentation Lynda covered some of the 70 different issues examined in her book. She asked the question “Why are so many First Nations people struggling?” And among the top answers were:

Lynda said that when she first became aware of these things, not just Indian Residential Schools but other things that negatively affected First Nations people, “a light bulb went off”.

In the section of her presentation when she spoke about IRS she shared her personal experience of losing her mother to illness related to alcohol when her mother was 40 and she was just 13. She stressed that 6-7 generations of people were/are severely damaged by IRS and pointed out that every generation’s connection to First Nations existence as a culture was decreased until the point of hopelessness was reached. In a First Nations family a parent who was at an IRS may have learned to sew or carve or create but there was never any instruction, guidance or direction on how to market the products produced by those skill sets. Lynda also displayed a slide that illustrated the effect of the legacy of IRS, it contained these four actions in this order but laid out as a circle:

Lynda spoke about her personal journey and the realization that by identifying her own goals and gifts, (and moving toward realizing them) she could help in the bigger picture. She wants to help people and groups reach their goals, and believes that “if we want people to change their outlook then we must be part of the education process.”

Lynda said that this is an important time and that things can change even in a generation. Suppression and our national tacet decision to choose ignorance regarding the negatives that have impacted First Nations is beginning to change. The question that is too often heard is “How come we didn’t learn about this in school?” But the history of First Nations in Canada is going to be part of the curriculum and Lynda is an advocate for the truth being told in the classroom context but always under the guidelines of the material being age appropriate. “There are appropriate things to discuss at every educational level.” For First Nations people to engage willingly with the education system the main barrier is TRUST. That trust is still to be established but there are ways to build trust, reduce barriers and move toward reconciliation.

Lynda pointed out that that all the little things that people are doing, like coming to this lecture series and supporting The Coming Home Society and Urban Native Youth Association are small acts of reconciliation.

The third and final session of First Nations Voices takes place Thursday, April 28, 7pm in the Conference Room at 1410 Nanton Avenue. This sessions is titled “We are the future” and will feature two of several young First Nations women (Nisga’a) who recently obtained Doctor of Philosophy degrees. Amy Parent and Melissa Adams (with Melanie Delva) will bring Aboriginal perspectives to the areas of Education and Archives.