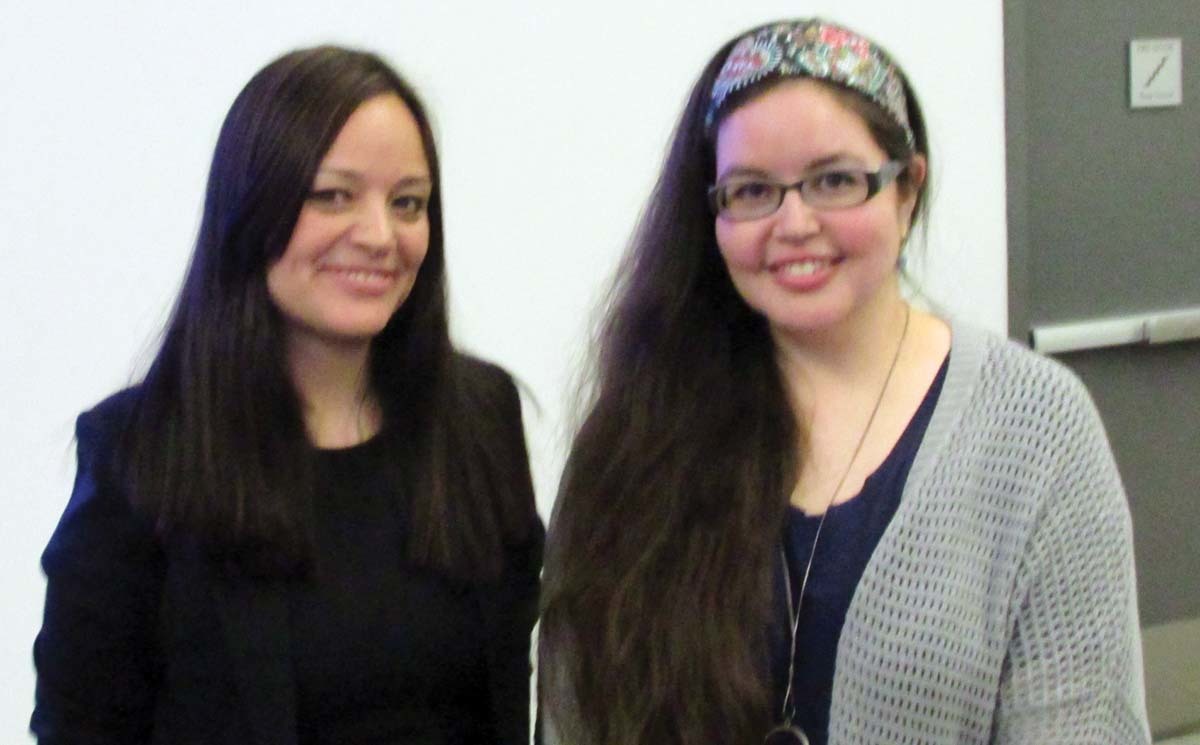 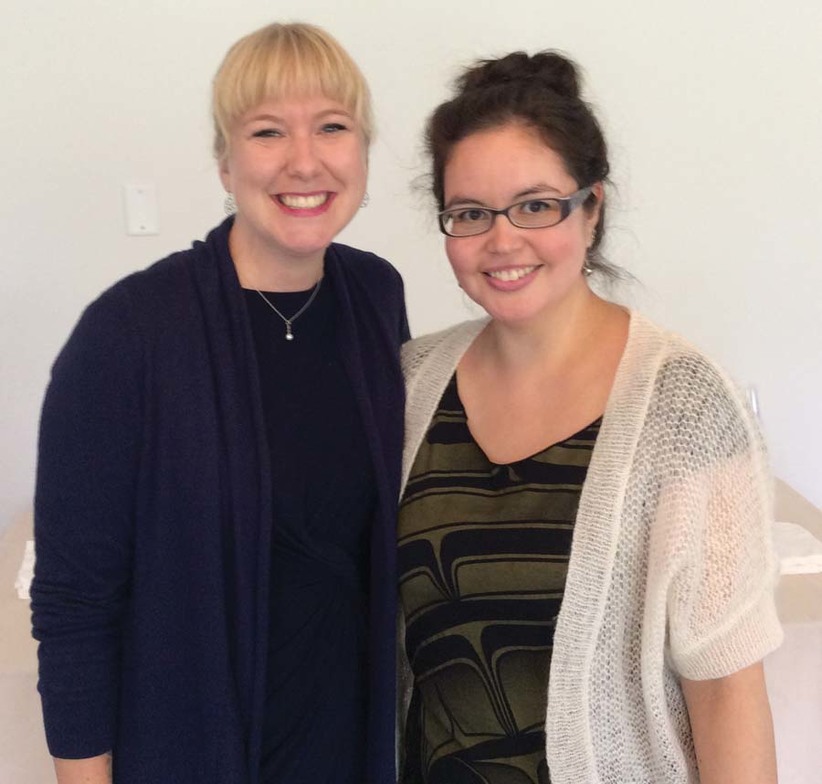 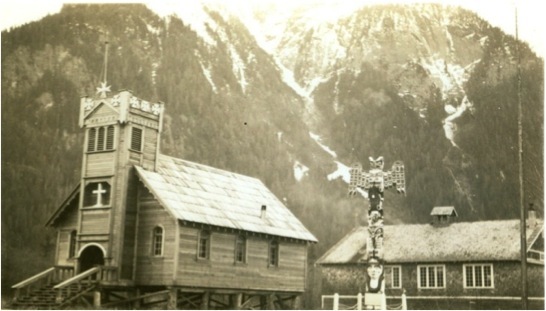 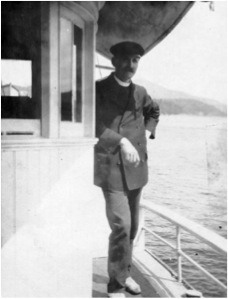 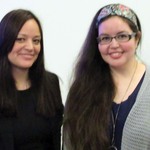 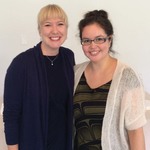 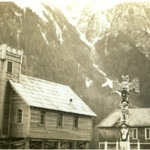 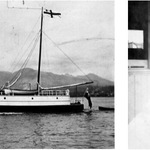 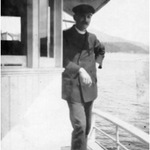 The third and final session in the First Nations Voices series presented by The Coming Home Society/Urban Native Youth Association with support from the Diocesan Indigenous Justice Ministry, took place on Thursday, April 28th. The gathering was honoured with the presence of national Aboriginal Bishop, Mark McDonald, who was in the city overnight after a visit to the Nass Valley. Also present was Keane Tait of the Kwhlii Gibaygum Nisga’a Traditional Dancers, who opened and closed the evening with songs of blessing and peace. The Coming Home Society is very grateful that over $1,000 was donated by attendees over the course of this series, to support the “Wisdom of Elders” program and its work with vulnerable First Nations youth.

My husband Jerry who is Nisga’a and I had celebrated our wedding anniversary the previous day, and I reflected on the great blessing of my adoption into the Killer Whale Clan, and the privilege of sharing the gentleness and humor of the Nisga’a People over so many years. It is a source of great strength and resiliency which has enabled them to surmount more than their share of tragedy, and continue to exist today as a vital Nation. When Jerry and I were married 42 years ago, there were virtually no native art or carvings around; no native cultural gatherings such as pow-wows; no spiritual ceremonies being publicly practiced; and only a very small conversation beginning around Land Claims. Since then there has been a tremendous resurgence in all these areas.

The next generation is not ashamed to identify as First Nations, and are seizing upon new opportunities to study and work in almost every discipline. It was exciting to have two young First Nations women with us in session three: Amy Parent, who has a PhD in Education from SFU, and Melissa Adams (with Melanie Delva) who is a Doctoral Candidate in Archives & Information Studies at the University College of London, UK.

Amy began with an overview of the work of the Truth and Reconciliation Commission (TRC). The process was funded not through the government of Canada’s benevolence, but with funds from the Indian Residential Schools Settlement Agreement – a monetary compensation package for those who suffered abuse in Residential Schools. Justice Murray Sinclair publicly declared that Canada’s system of Residential Schools constituted cultural genocide – a crime that would be prosecuted today. More positively, a national center for Truth and Reconciliation has been established in Winnipeg to hold the more than 6,000 survivors’ stories collected by the TRC. A Center for History & Dialogue is a real possibility in BC.

Amy is Assistant Professor of First Nations Studies at Simon Fraser University, and is involved in many research projects to promote better outcomes for native people at all levels of our education system. In the TRC’s ‘Calls to Action’ document, line 62, calls for content on Residential Schools to be a mandatory part of the curriculum for kindergarten to grade 12. In BC, such content is now mandatory in grades 5, 10, 11 and 12. At the University of Winnipeg, and Lakehead University, all students must take a course on Residential Schools.

When Amy came to Vancouver to attend college, there were no supports for First Nations students, and she soon dropped out – or, as she reframes it, was pushed out. Her transition experience from high school to post-secondary is typical for native youth. It was only after 2 working and being mentored by Urban Native Youth Association, that she felt confident enough to give it another try.

It is difficult for First Nations youth to fit into our rigid, linear education system that takes no account of the social, historical, cultural and Indigenous knowledge aspects of their lives. In her doctoral thesis Amy suggested that our education system can be visualized as a cedar plank, which institutions must bend, as a bent-wood box is bent, to make a circle that includes all.

More First Nations youth would go on to university if they were part of a ‘visioning’ process in their grade 2 to 12 experience. This would include having parents and role models who are supportive of education; implementing an ongoing transitioning experience to give students a glimpse of the next stage in their education process, from elementary onwards; giving learners the opportunity to develop leadership skills by mentoring others; giving them real life opportunities to explore their abilities and find their own true selves; and providing holistic supports at colleges and universities.

Simon Fraser is one of the few universities in Canada to have an Office of Indigenous Education. Amy is involved in partnering with the Indigenous communities on whose territory universities are located, so that their history and practices can be incorporated to make students’ university experience culturally relevant.

Other emerging areas of work include making math and the sciences relevant to Aboriginal learners; language revitalization; and the need for mentorship of First Nations doctoral students. Often Indigenous students are the first to enter a particular discipline such as law or politics, and have no one preceding them to provide mentorship.

With all of the research going on into First Nations’ education, the future looks promising!

After a break for refreshments, Melissa Adams and Melanie Delva presented a case study which brought to light the emerging conflict between western archival theory and First Nations’ conceptions of archives.

Melissa, who is archivist for the Union of BC Indian Chiefs, described archival systems as understood and practised by ‘western’ culture. However Indigenous worldviews also consider the physical, mental, emotional and spiritual aspects of records.

Indigenous ways of keeping records were nearly destroyed in many ways. When potlatches were banned, the oral record of the events, and the songs and stories associated with them, was disrupted. Children in residential school were separated from those who passed on their culture’s knowledge and history, and from the language that embodied that knowledge. They were also separated from the land, which is an archive due to stories and events associated with the landscape.

Melanie Delva, Diocesan and Provincial archivist for the Anglican Church, presented a case study in which ‘western’ and Indigenous ideas of archives collided. The Rev. John Antle and the Columbia Coast Mission, incorporated in 1907, ran hospital ships which sailed BC’s coast providing medical, dental and pastoral care to remote logging, mining, fishing, and First Nations settlements. In the course of their work, employees took many photos of First Nations communities.

In 2011, Melanie was approached by two young members of the Kwakwaka'wakw First Nations community at Kingcome Inlet requesting that the 150 photos of a sub-series be given to 3 the community in their original form, or scanned in their entirety and handed over for them to use in identifying many of their Elders. They asserted that the photos had likely been taken without full permission or understanding, or that the community might have felt it had to give permission to those who were their ‘lifeline’ to medical care. Another reason for return of the pictures was that the community had no way of knowing that the photographs would become available in the future for public use. Some photos depicted sacred objects or ceremonies, which are not meant to be recorded. Some pictures were the sole existing photos of deceased family members, and the archives was, in fact as Melanie Delva said, “holding the family albums of the community.”

Melanie, basing her decision on long-held archival theory, ethics, and policy, only permitted the passing on of scanned copies of a maximum of 20% of the photos, and declined a request to remove the originals. The resultant hurt and anger damaged the church’s 100-year relationship with the community.

Melissa discussed the failure of the Code of Ethics held by ‘western’ archival structures to take into account the complexities of conversations involving the rights of Indigenous peoples, and actually undermines relationships.

She referenced the United Nations Declaration on the Rights of Indigenous Peoples (to which Canada has been a reluctant signatory), the report of the TRC, and the 2007 document ‘Protocols for Native American Archival Materials’ – all of which call for a new framework for archives that ‘asserts the right of Indigenous Peoples to maintain, control, protect and develop their intellectual property, which includes their cultural heritage, traditional knowledge, and traditional cultural expressions.’

And the photographs? Two years after the original request Melanie issued a heartfelt apology to the community members and Kwakwaka'wakw people, which was fully and graciously accepted. The archivist digitized the entire series of the Kingcome photos and a disc of the images was hand delivered to the community by the Bishop of the diocese, who made a trip by boat across the strait in order to visit. The relationship has mended well.

Melanie asked the community members’ permission and “blessing” to share the case study with the wider archival community in an effort to raise awareness and prevent further insensitivity of this kind. The community members graciously gave their blessing, and hope that in sharing this experience, the wider Archival profession can come to understand better their cultural and ethical responsibilities.”

(Note: Melissa and Melanie made this same presentation at an International Archives Conference in Amsterdam, and are preparing it as a paper for publication.)

After thanking everyone who had a part in this series, I reminded everyone that, to First Nations Peoples, ‘presence’ is everything. Even if you feel awkward, or feel your presence doesn’t matter, caring enough to show up with a good and open heart at learning opportunities, cultural events, and in support of First Nations causes, will be appreciated more than you can ever imagine!