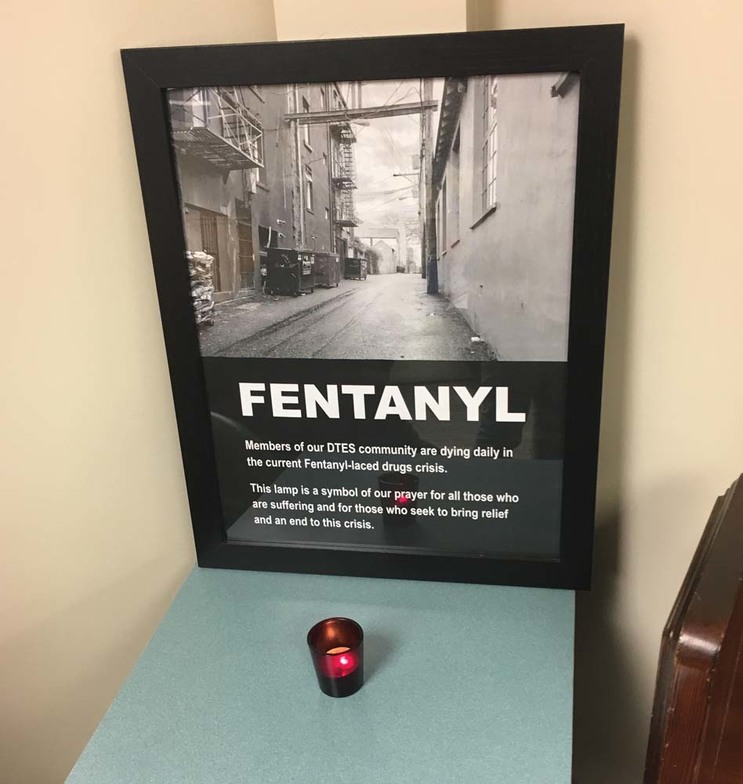 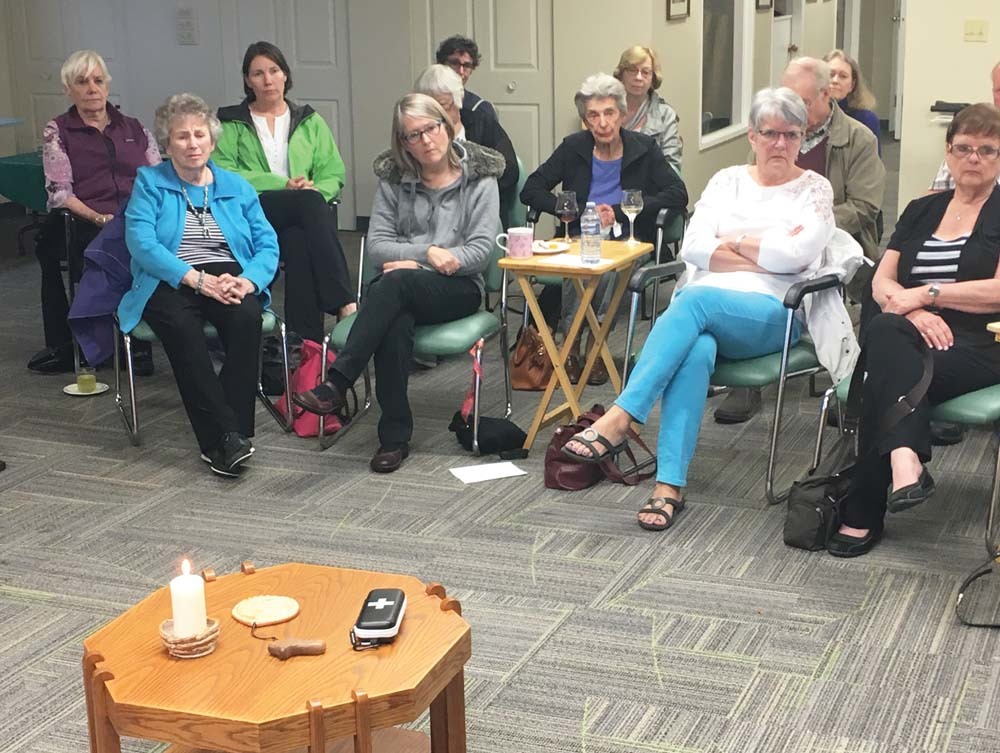 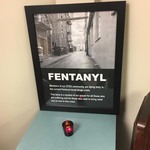 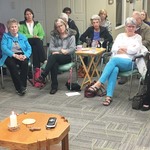 Food Along the Way  is a new series at St. Martin’s that takes place about 4 times a year. The purpose is to provide an opportunity for people to learn about and discuss a topic of interest tothe parish. The title,  Food Along The Way refers to the fact that each conversation involves food. There is food both in the physical and literal sense, refreshments and snacks are provided as well as providing conversation that is food for thought. The other half of the name, "Along The Way" refers to the Spiritual journey that each of us are on. We are on a journey of faith where we receive food to nourish and sustain us, while at the same time to develop our Spiritual growth.

On May 30, members of St. Martin’s as well as others from neighbouring parishes gathered for Food Along The Way. As a way to increase awareness of the fentanyl crisis that is plaguing society in all walks of life and economic backgrounds, this became the focus of the conversation. We are deeply grateful for the Reverend Canon Kevin Hunt, rector of St. James’ located on Vancouver’s Downtown East Side (DTES) and other members of St. James’ who came and shared with us how this crisis is affecting them and the community in which they serve.

Fr. Kevin gave an insightful presentation that included some of the work with which Fr. Matthew Johnson and the Street Outreach Initiative (SOI) are involved. One of the striking statistics that Fr. Kevin shared was from the Coroners Service for Illicit Drug Overdose Deaths in BC from January 1, 2007-March 31, 2017 posted on April 19, 2017. The report notes that there were “120 suspected drug overdose deaths in Mar 2017.” This represents, “a 51.9% increase over the number of death occurring in March 2016 (79).” The report mentions that these statistics represent “about 3.9 deaths per day for the month [of March].” To determine how much of these reported deaths are related to illicit fentanyl use the Coroners Service report (April 19, 2017) notes that the increase in deaths is related to illicit fentanyl, “as the number of illicit drug overdose deaths excluding fentanyl –detected has remained relatively stable since 2011.” It should also be noted that these numbers and statistics change frequently with a trend ever increasing as new information is reported.

Referring to the article,“Opioid Epidemic” (pg. 22 of the Feb. 2017 issue of Topic) by Fr. Matthew Johnson Fr. Kevin noted that, “The danger of fentanyl, when added to another drug, is that it makes it difficult for injection drug users to gauge the overall potency of a single dose.  When adulterated by fentanyl, an amount of heroin that might normally be safe to inject can easily contain a more powerful dose than anticipated.  Resulting in overdose, sometimes fatal.”

The conversation that followed Fr. Kevin’s presentation was heartfelt as people opened up and shared personal stories of friends and family who have struggled in one way or another with addictions.

For us at St. Martin’s, while we do not have the population that St. James’ serves, we are, like every other parish, either directly or indirectly affected by this ongoing crisis. This particular conversation of Food Along The Way has helped us develop a deeper appreciation and understanding of how prevalent and all-consuming this epidemic is becoming.

While this crisis, like many others, can be overwhelming Fr. Matthew reminds us the previously credited article that:

“If [we] know or suspect that a friend, family member, coworker, or other acquaintance is using drugs, establish a relationship where they know they will not be judged or condemned if they speak openly about it. A guideline to this is provided in the words of the Baptismal Covenant, in which we promise to “respect the dignity of every human being,” whether we agree with their choices or not. When appropriate, speak about the following overdose prevention strategies:

Our prayers go out to all who continue to first responders, families and those who struggle with addictions and in particular the fentanyl epidemic.