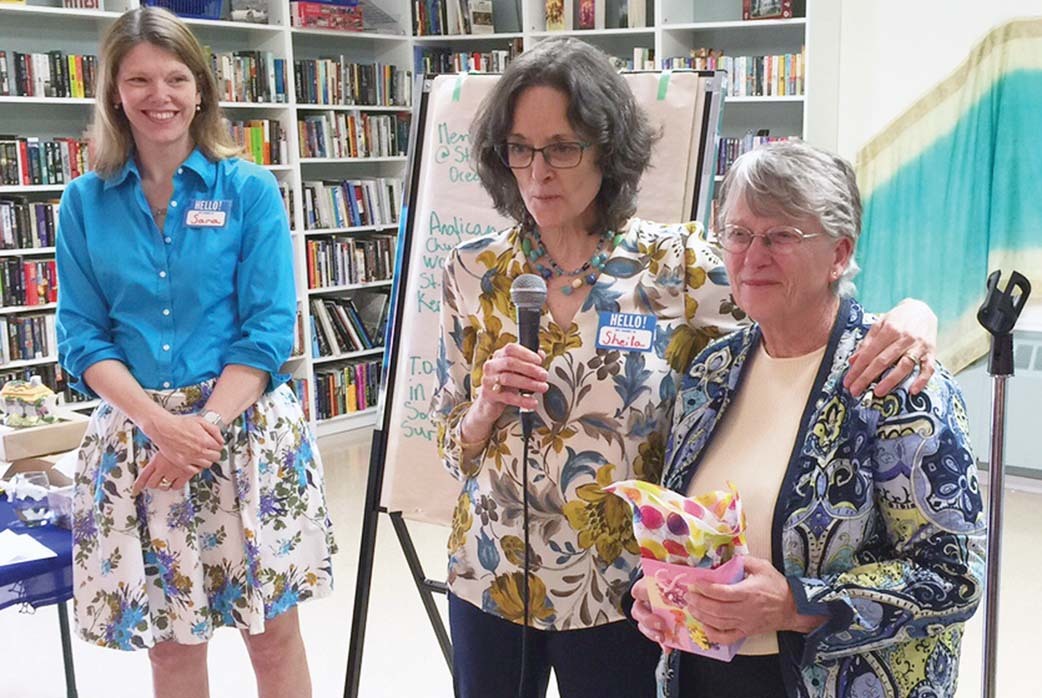 There are many NGOs operating in Kolkata, India, but none quite like “Calcutta Cathedral Relief Service” or CCRS for short.

There are thousands of non-profits operating in Canada, but one of the smallest is the “Canadian Friends of the Calcutta Cathedral Relief Service”, or Cdn. Friends/CCRS for short.   Under the guidance of a Board of Directors; Founding Director, Sheila Johnston and Co-Directors, Sara Badyal, Keith Bunnell, Roma Palmer, and David Swan, the Cdn. Friends/CCRS works throughout the year to raise funds to send to CCRS to fund:

(i) empowerment programs for women,

(ii) education for children, and

These families live and work in the slum communities – or “bustees” – in Kolkata. CCRS also runs empowerment, education, and health programs in a handful of impoverished villages outside the city.

This summer the Cdn. Friends/CCRS is sending $5,000 to the offices of CCRS, located on the grounds of St. Paul’s Anglican Cathedral, in central Kolkata. CCRS’s Board of Trustees, its Executive Director, Rig David, and its staff and volunteers work as an efficient and effective team. They reach more than one thousand women and more than three thousand children each year through their innovative programs.

The $5,000 CAD was raised from many supporters who kindly donate what they can, in the belief that “spare change leads to BIG CHANGE” in the lives of the people whom CCRS serves. Converted into Indian Rupees (INR) this year’s donation becomes 264,668 INR. This kind of donation helps CCRS provide classes for children who must work – often in factories - in order to provide an extra income for their families. Labouring children from the bustees have the right to an education, but do not have access to an education. CCRS steps in to provide classes to labouring children after their workday has ended. This is just one of the many valuable programs the Canadian donors support.

Each spring the Cdn. Friends/CCRS thanks their supporters and donors at their unique event….the “Penny Pot Tea”. The first five Teas were held in the Parish Hall at St. Mary’s Kerrisdale, but this year’s tea held on March 28, the location was changed, and Griffith’s Hall at the Church of the Holy Trinity, White Rock, was the new venue. This 6th annual Tea was a huge success, drawing over 65 people. There was fun and friendship, food and fellowship. Prizes were bestowed on those who had “adopted” a Penny Pot a year ago and had filled it with spare change. The Tea ended with a promise to do it all again next spring, at the 7th Annual Penny Pot Tea.

Directors of the Cdn. Friends/CCRS are available for speaking engagements. Simply email Sheila Johnston to express interest, and we will be happy to respond.

PHOTO: Co-Director of the Cdn. Friends/CCRS Sara Badyal (left) looks on as Founding Director Sheila Johnston (centre) presents a prize to Joyce McQuarrie (right). Joyce accepted the prize on behalf of the group to which she belongs: T.O.P.S. Weekly the group members slip spare change into their “Penny Pot”. Other winning groups were: the Anglican Church Women of St. Mary’s Kerrisdale, Vancouver, and the Men’s Club of St. Mark Ocean Park, Surrey