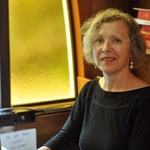 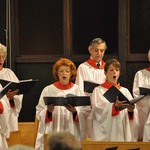 The service began with a handbell prelude followed by the Pastoral Symphony from the Messiah by Handel. This sensitively set the scene for the processional hymn, “Once in Royal David’s City”.

Various readers drawn from the church’s large areas of service began the readings starting with Rector’s Warden Evelyn Baker. The choir presented its first anthem, “Christ Be Our Light” by Farrell, a work that was written in a moving waltz tempo that exemplified the feelings of anticipation and delight that Christmas brings.

Two more anthems were interspersed among the readings and carols: “Peace, Peace, Peace” by Kingsmore, and “Star Carol” by Rutter.