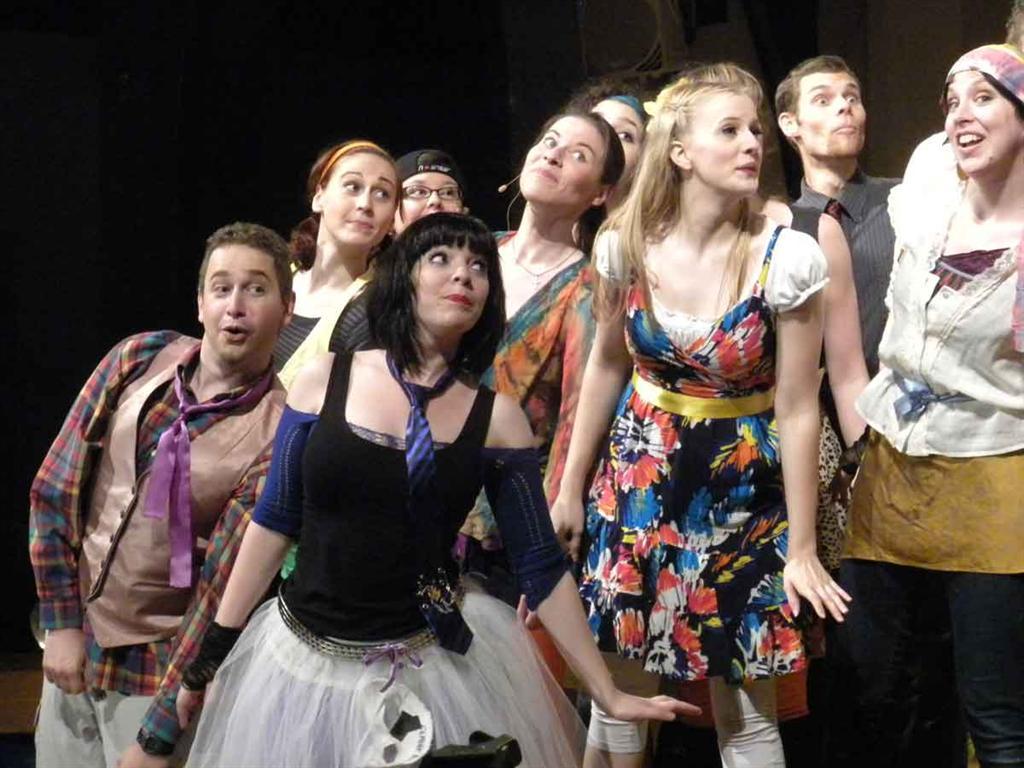 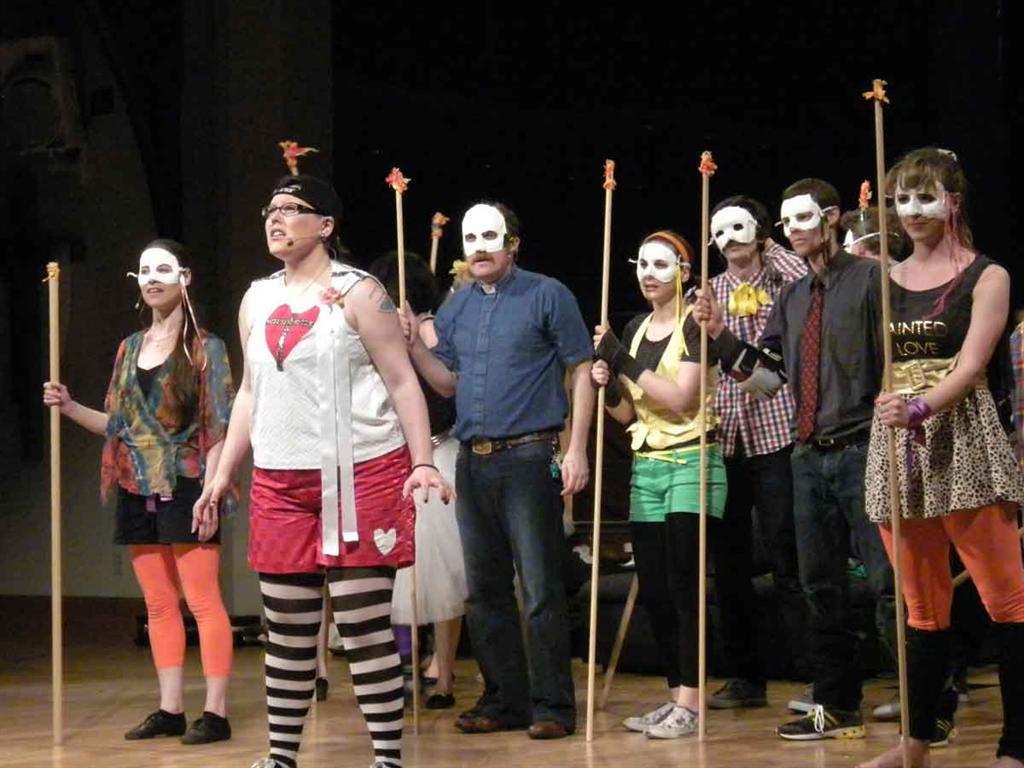 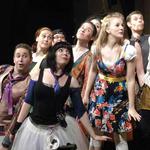 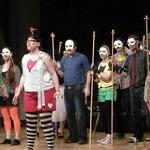 600 people over three performances were treated to song, dance and energetic storytelling from the production of Godspell, which took place over the Pentecost weekend at Christ Church Cathedral.
The cast, playing members of the fictitious St. Jude’s Youth Group, brought the excitement of the production off the stage and into the audience, and there were plenty of guests tapping their toes, clapping and singing along to favourites like, Prepare Ye the Way of the Lord and Day by Day..
Clare Morgan’s exuberant Jesus, clad in a T-shirt emblazoned with a heart, led the cast along with Keith Wagschal’s denim clergy-shirted Rev. Iscariot. The story of Godspell follows the narrative of the Gospel of Matthew. This production, resituating that story to a group of teenagers in an Anglican church youth group shed new light on the familiar Biblical narrative. As director Rev. Andrew Halladay observed in his program notes, “This show is about welcoming a new (and kind of weird) kid named Jesus ('Shua to her friends) into an existing community. This is about the powers-that-be clamping down on creativity and self-expression. This is about how friendship can endure even through times of struggle. And so the St. Jude's Youth Group was born, and they are here to tell you their story, which is an age-old story that belongs to all of us.”

The show was supported by an amazing selection of musicians led by director of music, Rev. David Taylor, and a talented backstage crew assembled by producer Kate Newman. The cast was comprised of a new community of young adults from both inside and outside the Diocese of New Westminster, who worked together on the show over a period of six months. The community they built together in the context of rehearsals and worship was reflected in the energy and enthusiasm of three great performances!
Images: Top, Clare Morgan asJesus confronts the Pharisees. Below, the ensemble performs We Beseech Thee. PHOTOS: Alice Ko