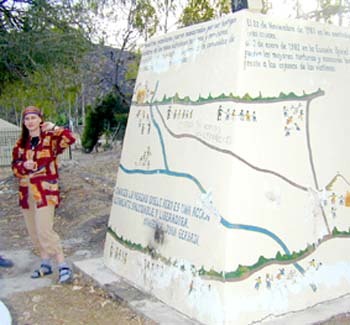 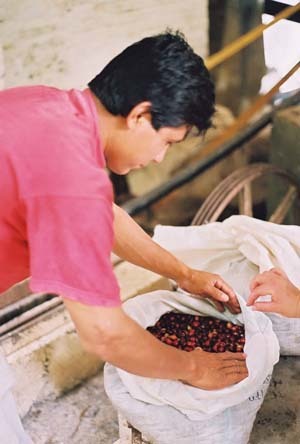 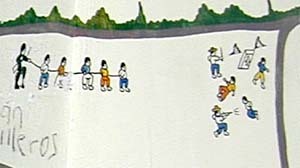 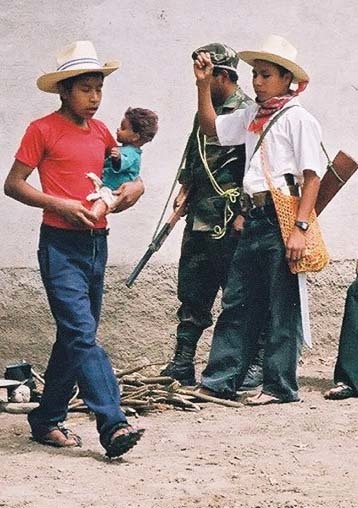 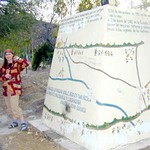 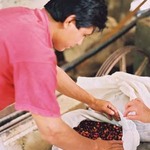 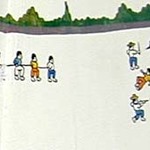 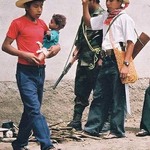 The Rev, Emilie Smith is the Assistant Curate at St. Michael's in East Vancouver and in the Jubilee Cluster. She has been in relationship with Guatemala for 20 years.

The war in Guatemala is over. Thirty-six years of civil unrest, which left 140,000 men, women and children dead and disappeared, officially ended in 1996, and now eight years later it is apparent that the hostilities are really and truly at an end.

Unfortunately the root causes of the war - poverty, oppression and principally, extremely unjust land distribution - remain unresolved, and in some cases are even worse. The residual effects of the years of violence and terror have also taken their toll. Yet what is also true is that certain sectors of Guatemalan society have been permanently changed in these past three and a half decades - for the better. Women's groups, youth groups and the indigenous sector ( Guatemala is approximately 75% Mayan) may not have achieved their full human rights, but it is apparent that there are many in these areas who know their rights, and will not back down from the peaceful struggle for their realization.

This is what a group of ten Vancouver School of Theology students and their leaders discovered on our recent study tour to Guatemala. We were in Guatemala for a ten-day study tour last February that would take us on a journey into the frightful history of Guatemala, through some of the most fertile and beautiful land on earth, and into a place of real and deep hope.

Our journey began with a visit with the Rev. Margarita Similox of the K'aqchiquel Presbytery, one of the first two women to be ordained in the Guatemalan Presbyterian church. With her we travelled to a number of villages and met with Mayan women who were active in their communities building wells, providing nutritional programs for children - and - studying theology. It was tremendously exciting to see Mayan women, traditionally marginalized, finding and using their voice.

We travelled over two hours on an extremely bumpy "road" up to a fair trade coffee plantation. Abandoned 20 years ago, San Antonio, was just recently taken over by 100 landless families (only 40 of whom have lasted the first year), and is now being slowly rehabilitated as an organic fair trade coffee production site.

There is no water, electricity or even proper buildings in San Antonio, and health care and education for their children is still a distant dream. But assisted by a Guatemalan farmworkers' organization and with the support of a Canadian young people's group (and helped by you when you buy Justicia! coffee) San Antonio has the chance to become an operational and profitable farm, and the families have the chance for the first time to live in dignity.

Then it was back on the bus for a nine-hour, up and down, up and down, perilous, curvy highway to another part of the highlands to a village named Rabinal. Rabinal and especially its surrounding villages were devastated in the war. We met with human rights and Indigenous rights activist Jesus Tecu Osorio, survivor of a particularly heinous massacre in the community called Rio Negro in 1982 by military and paramilitary forces.

In Guatemala City we met with feminist activist Rosita Escobar who is involved with women's labour and health rights through her group, Women in Solidarity. She took us to the largest slum in Central America, and showed us where, just below the slum, thrives Guatemala's latest growth industry - maquiladoras - sweat shops making clothing for the North American market.

Rosita told us about how used American school buses, refitted for a second life in Guatemala, drive around the slum every morning to pick up the teenage girls - not for school, but for work in the factories where conditions and pay are notoriously terrible.

What did we learn on our ten- day study tour? We learned that what we consume in the north matters. What we buy, drink, drive, wear has a direct impact on another part of God's creation, and on God's children.

It is clear in this country that has seen so much pain, that violence and evil do not have the last word. That word belongs to the God of love and life, and that word is being spoken anew in this country, not so far away.

In Rabinal, Jesus took us to the graveyard where the remains of the 177 women and children were finally buried after they had been exhumed in the early 1990s.

On one of the monuments to the many dead from this area was painted this: the sun cannot be blotted out with one single finger. The power of the God of Life is greater than death, than war, than human cruelty. Our God, who created and fiercely loves this whole world, cannot be overcome. Gloria a Dios en el cielo, y en la tierra!