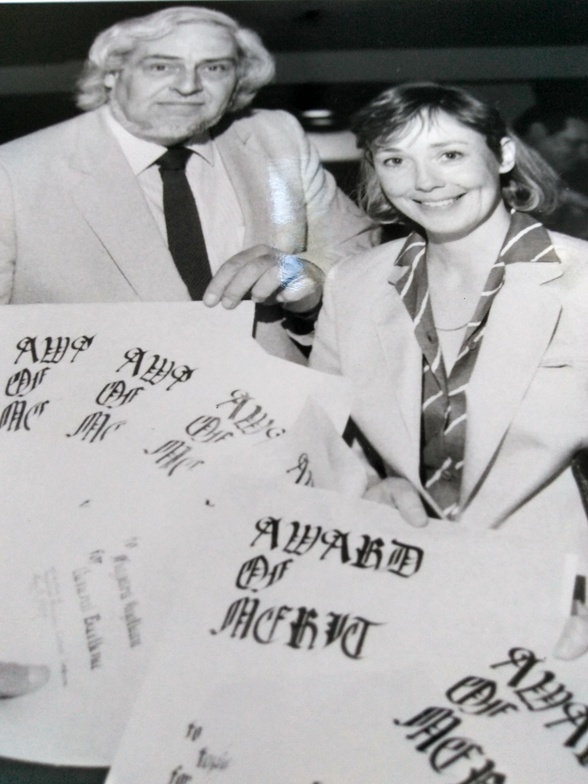 A Productive and Turbulent Half-Century in the Diocese

For some readers, it must seem that Topic has been around forever, but, in fact, this publication is a mere fifty years old. (Only those of us who constitute the ex-Topic editors' club would consider a half-century a “mere” period of time.)

But it has been a productive, if often turbulent, time in the Diocese of New Westminster—four bishops, four deans--and all of that productivity and turbulence have been captured in Topic. So, to commemorate and celebrate and recognize that history, as we approach the five hundredth issue, a semi-centennial edition of this journal will be published in advance of the actual anniversary of the first issue which bore the date, February 15, 1970.

A newspaper may have a style, a reflection of its editor and its writers, and the style is sure to change, and should change, over time. But the significance of most papers, and certainly of Topic, is in its presentation--and sometimes interpretation--of the events called “news.” That is why a fifty-year review of Topic is really a fifty-year history of the diocese, and, heaven knows, a chronicle of those years is needed; the last history of the diocese ended in 1979, and the decades since have seen changes once unimaginable.

Since Topic began publication in 1968, under the aegis of David Somerville, there have been six principal editors and a number of supporting players of equal importance, and for the past months, we have been exploring ways to present our accumulated material in a way that will adequately chronicle the progress of our productive if sometimes turbulent diocese.

The progress has included the ordination of women to the priesthood, the renaissance of the vocational diaconate, the recognition of First Nations and the goal of journeying together toward reconciliation, the reaching out to refugees, a gradual embrace of ecumenism, and a welcoming of diversity.

The turbulence and crises have included the aborted plan for an Arthur Erickson-designed Cathedral tower, the same-sex blessing schism, and the closing of several parishes.

Of course, we must highlight the events of greatest significance—but there are some amusing sidelights not to be ignored, such as a captured photo of a Topic editor escaping into the Land of Nod during an interminable Synod debate and a hot tub moment at a clergy conference that almost made it into the paper.

The content will range from the memories of Conrad Guelke, ODNW and Elizabeth Murray, ODNW, who were present at the creation of a four-page publication that could be circulated by insertion in parish newsletters, through a gallery of the Venerable Ronald Harrison’s award-winning photographs from electoral synods to the Lambeth Conference and the World Council of Churches Assembly, to the courtroom accounts of Neale Adams, ODNW, the former Vancouver Sun/BCTV reporter who detailed the same-sex controversy.

It will move from the years of the subtly clever Joanne Leslie, the first Communications Officer and Topic Editor hired by the diocese, and the eleven years Lorie Chortyk sat in the editor’s chair, setting a record for endurance, to the forward views and images of the youngest people in the room: current editor Randy Murray, who probably hoped church journalism/communications/PR would be less nerve-shredding than thirty years of touring in rock bands, including his thirteen-year stint with Canada’s BTO, and communications designer Jennifer Ewing, charged with sorting through five decades of photographs and artwork, and on whose magic we all depend.

The last full history of the diocese was published in 1979. To say that the years since have been interesting would be a mammoth understatement. We hope to capture the highlights—and some of the headaches—of those years in Topic: The Fiftieth Anniversary.