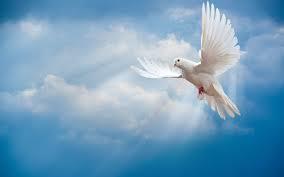 Vic was born in Norfolk, U.K. in 1926.  As an adult he worked in construction and engineering. After arriving in Canada, he studied for the priesthood in Toronto and was ordained at St. James' Cathedral in 1967. He served as a parish priest and regional Dean before giving up his licence and  moving to the Lower Mainland. He was manager of Forest Lawn Funeral Home for a number of years. In 1996, he married Lenora Large at St. John, Central Park (Burnaby), where they were members.  Around 1996 Vic was reinstated to the priesthood and became Honorary Assistant at St. John, Central Park, serving there until 2006. When St. John's moved into the old St. Andrew's building, Vic was the liaison with the contractors doing the renovations and proved most valuable to the parish.

The funeral will be held at St Stephen the Martyr, Burnaby, 9887 Cameron Street on Thursday, January 11, 2018 at 11am with a reception to follow.

Please remember Vic, his wife Lenora, and his family and friends in your prayers and at the altar.