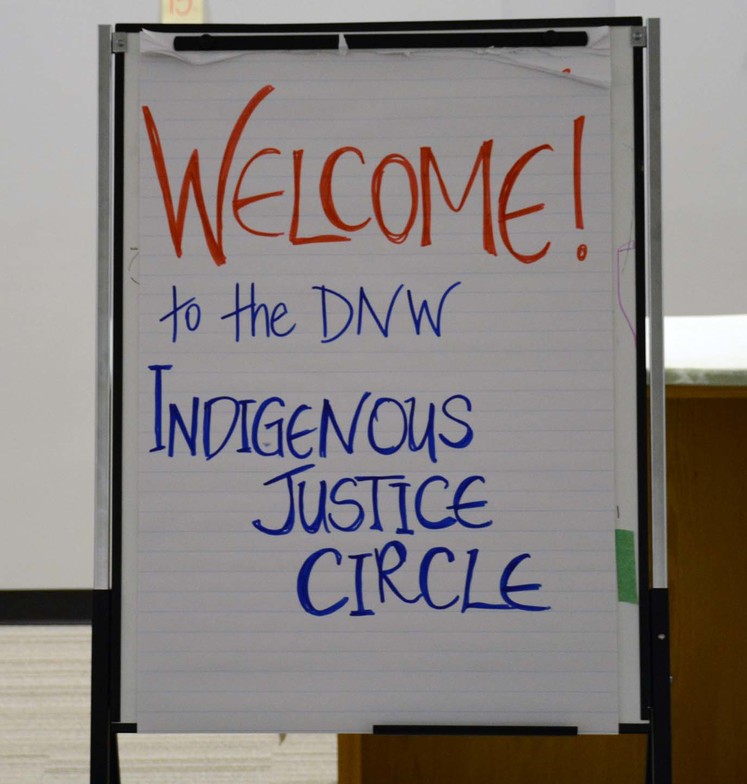 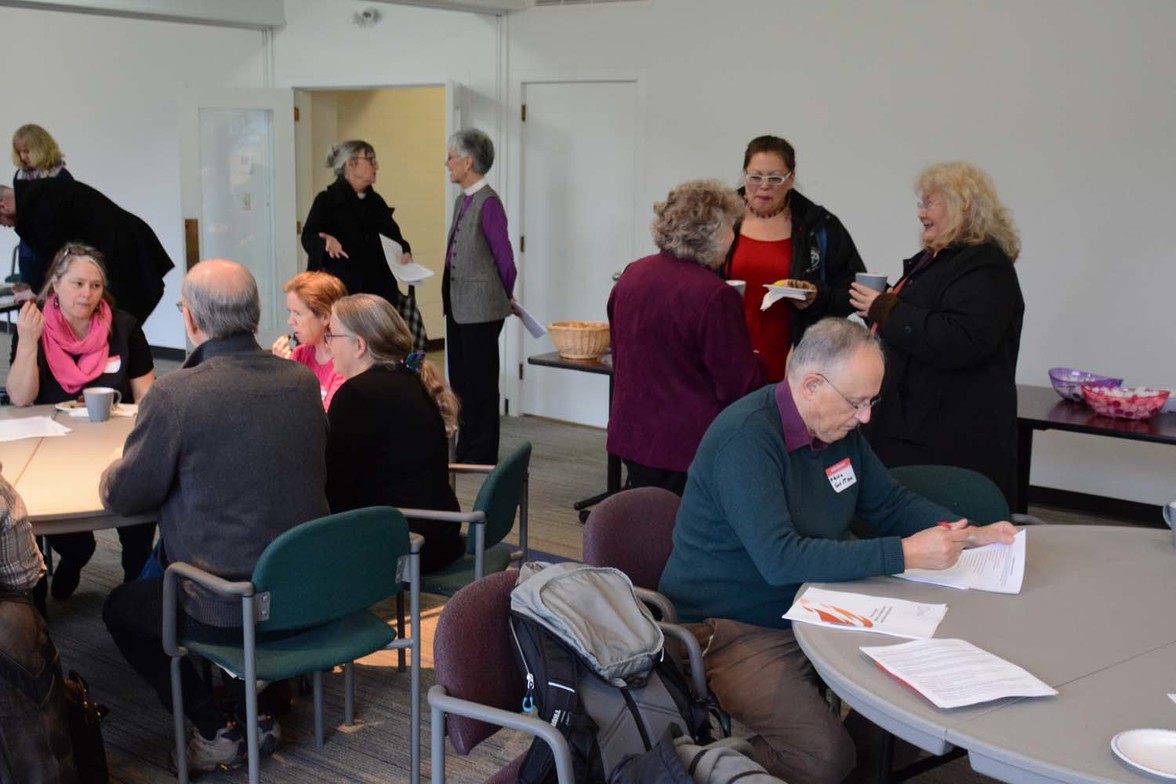 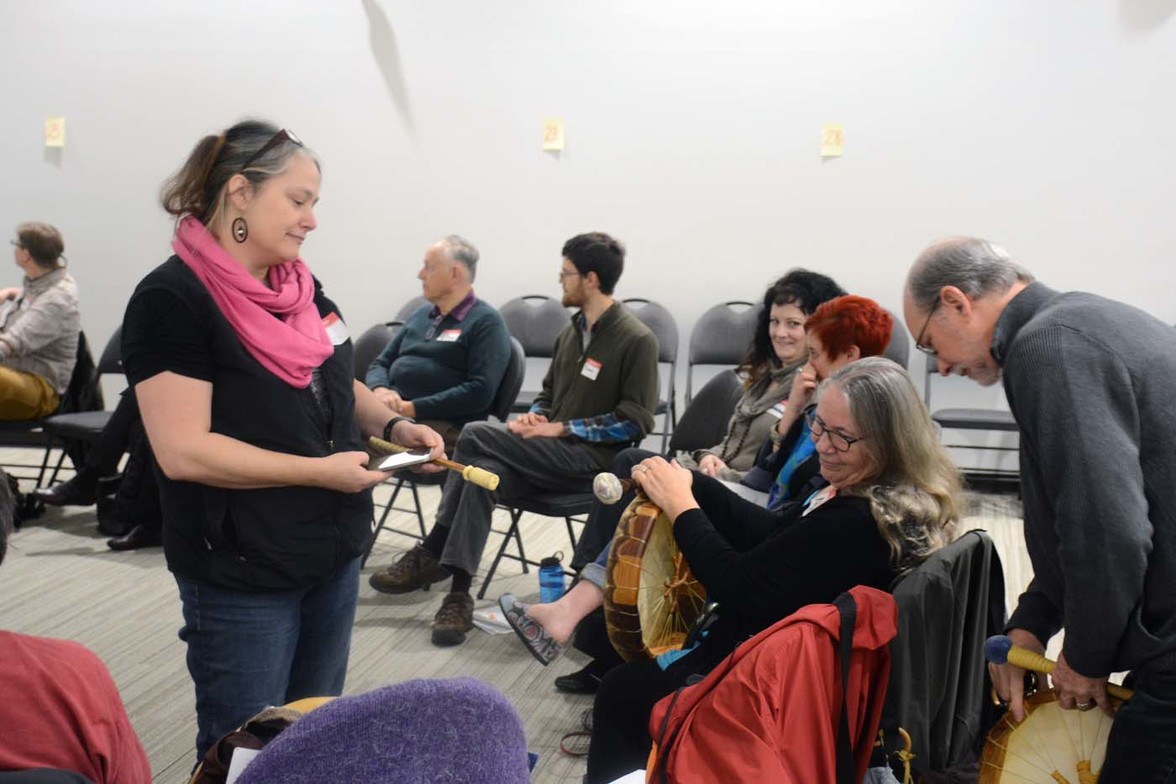 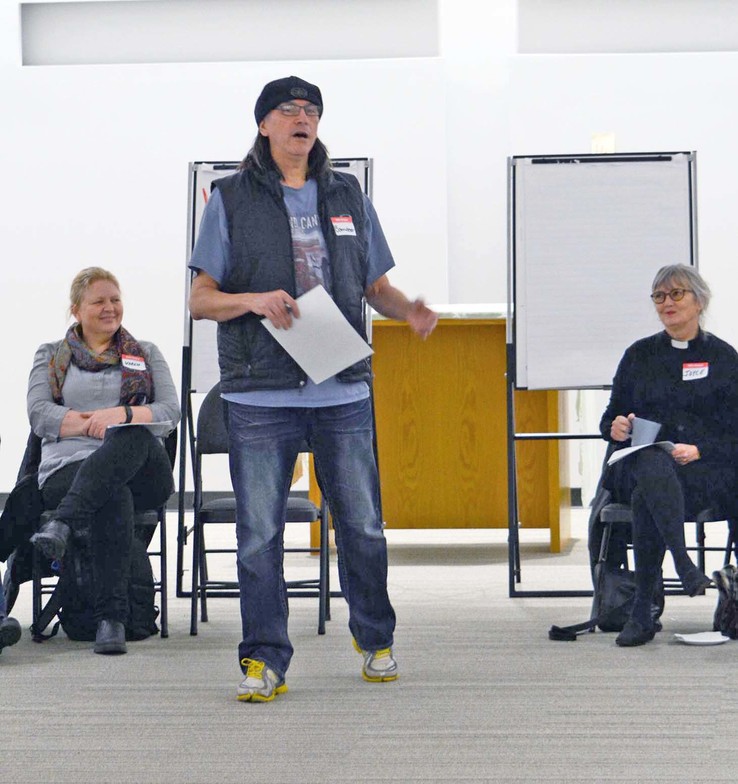 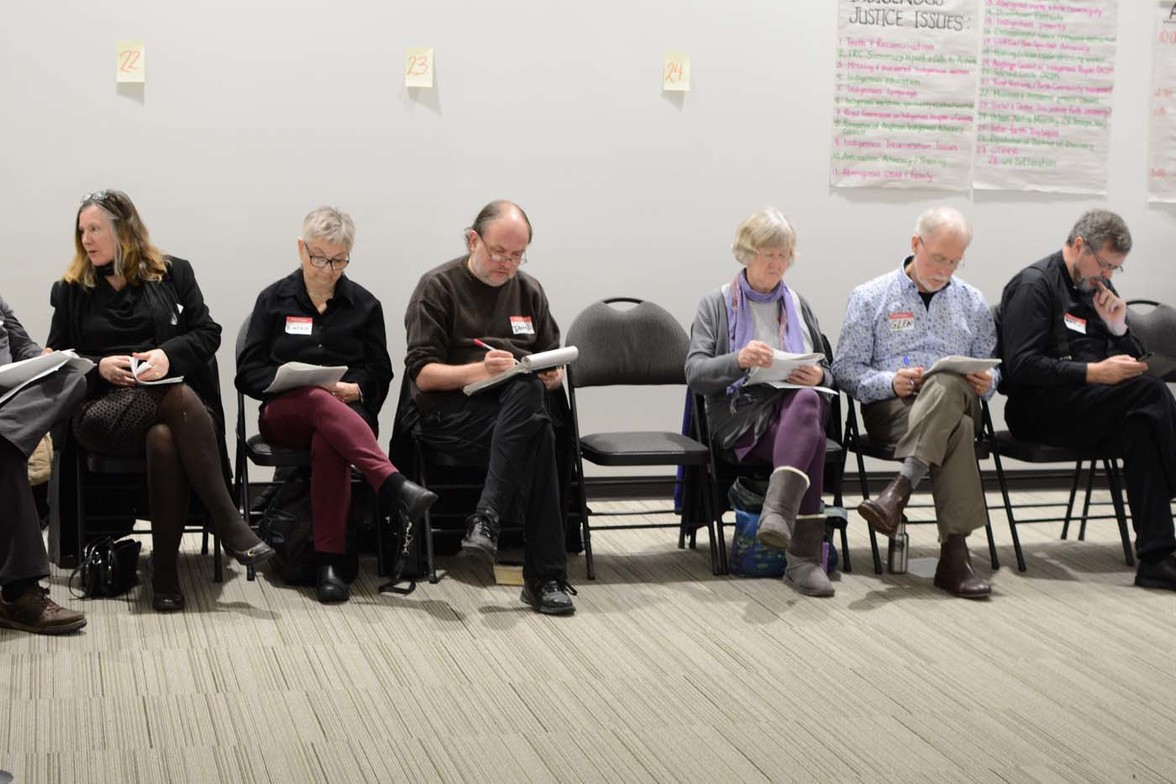 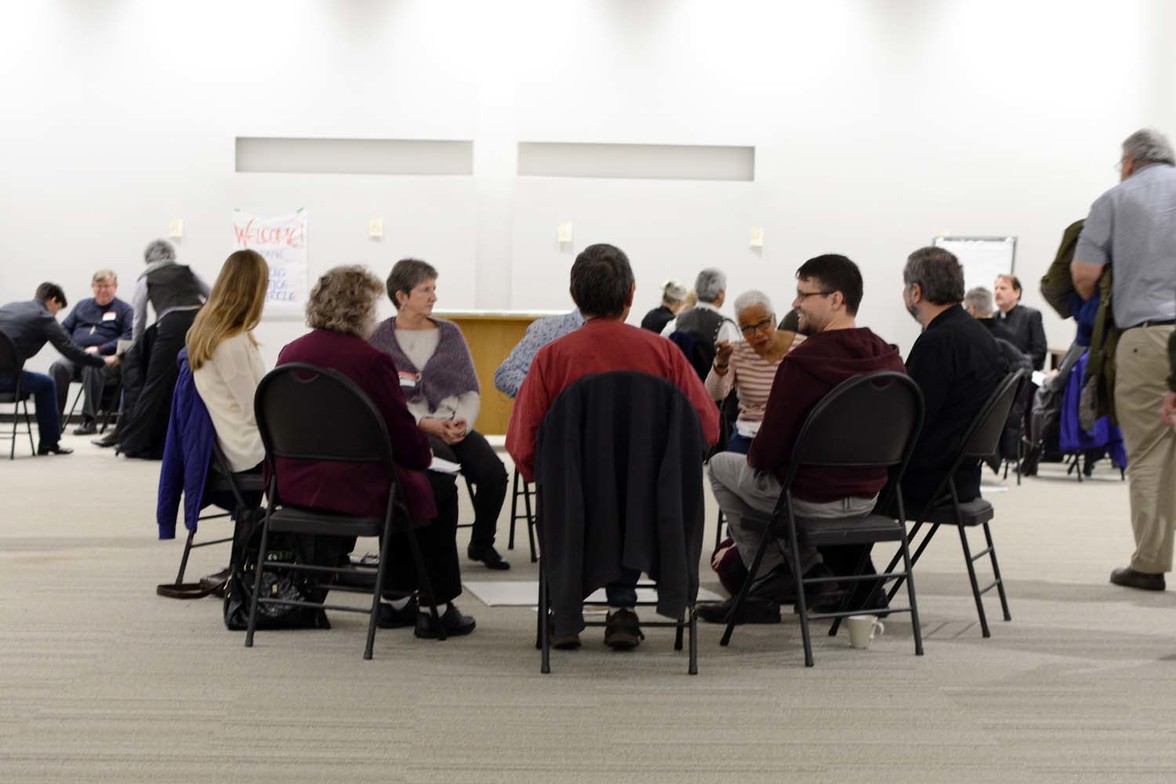 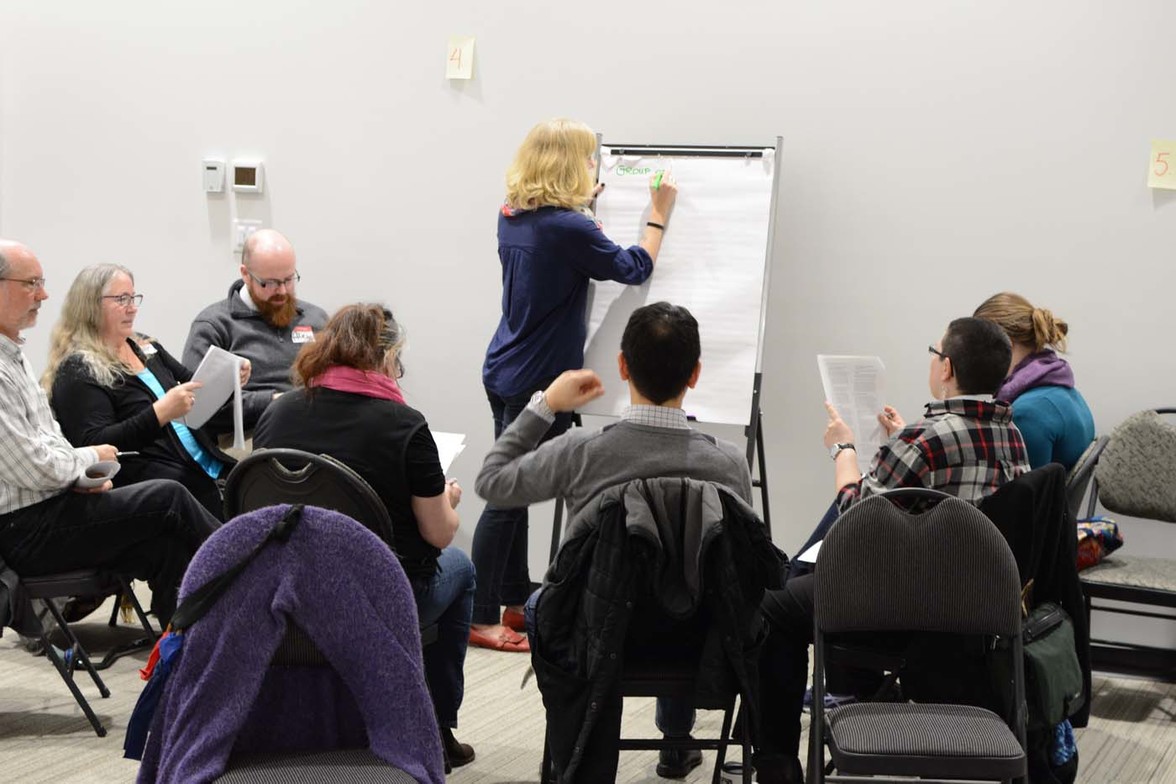 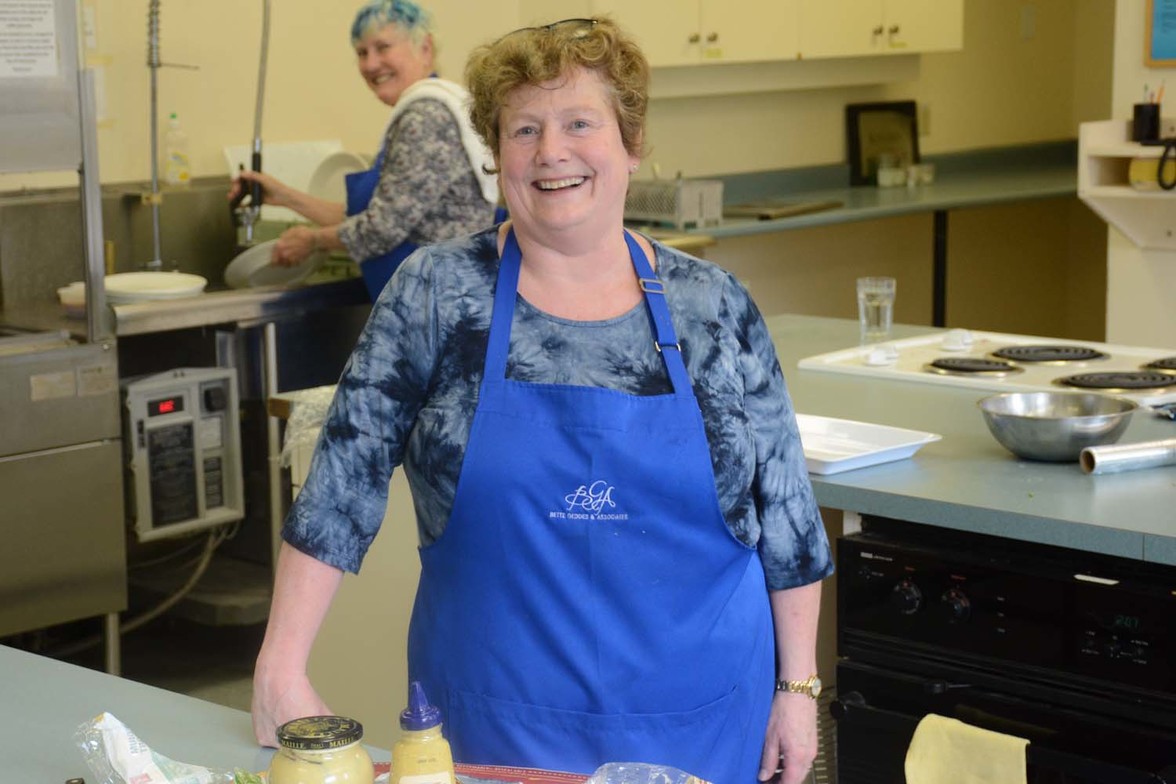 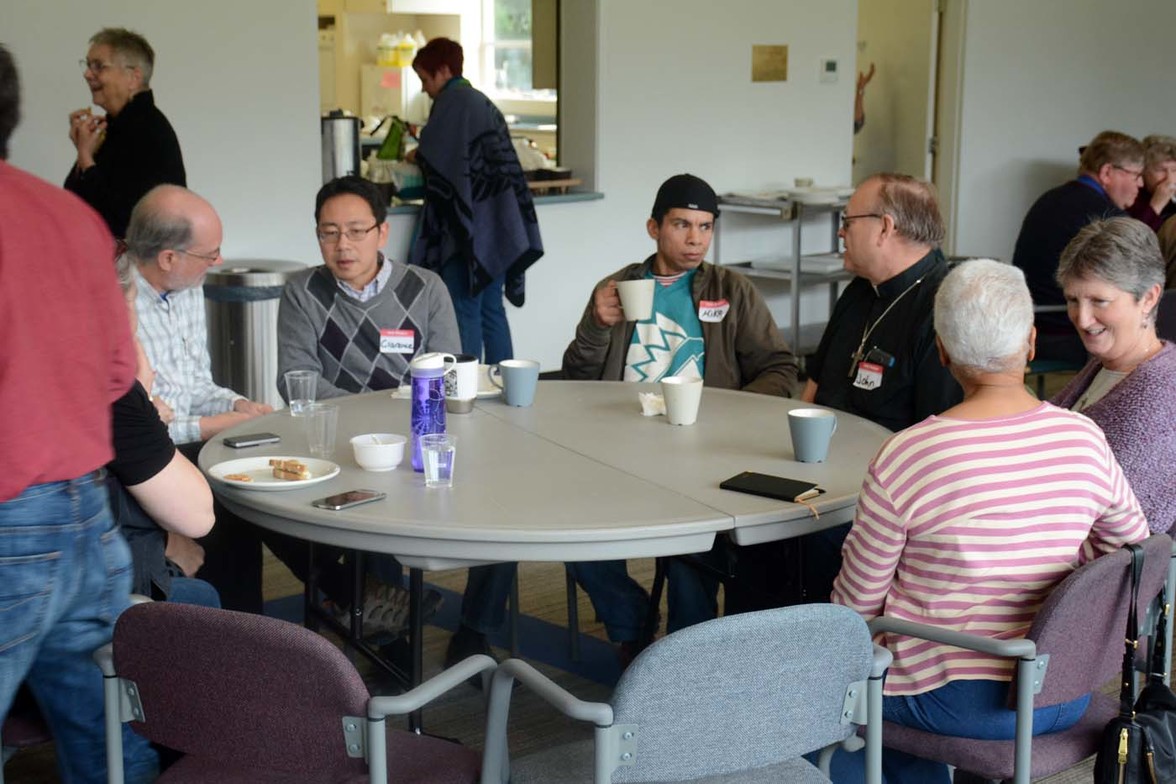 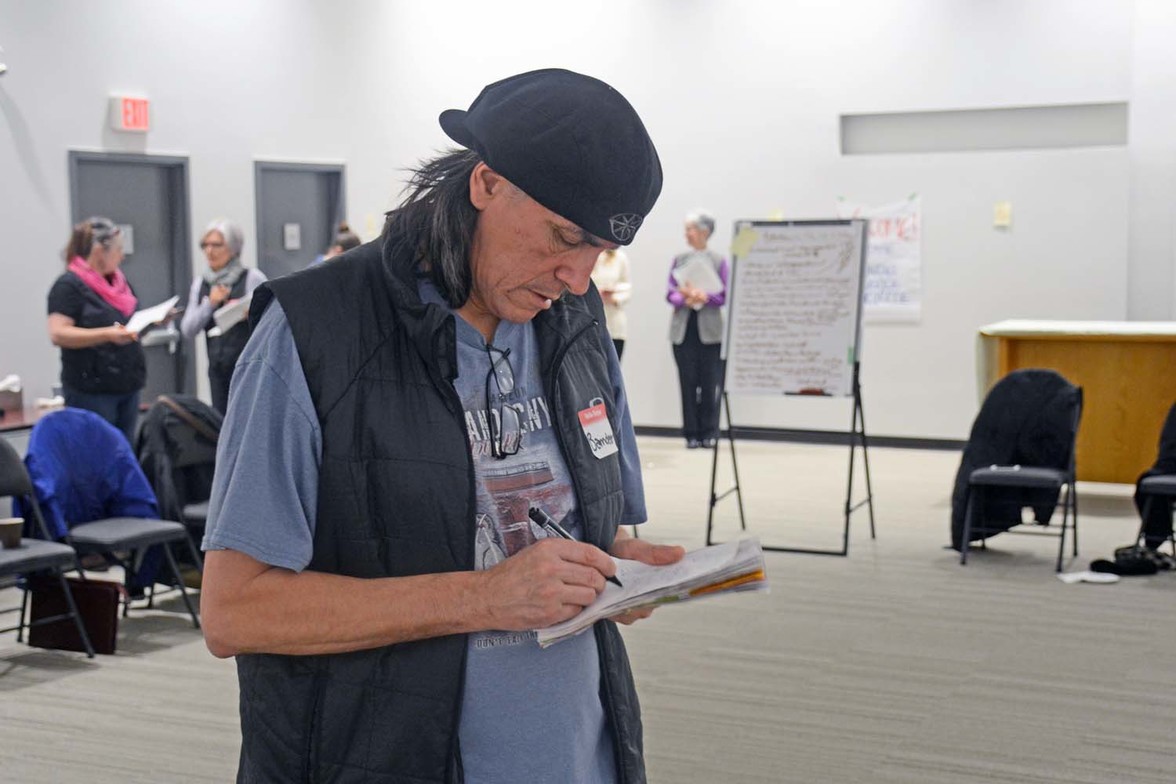 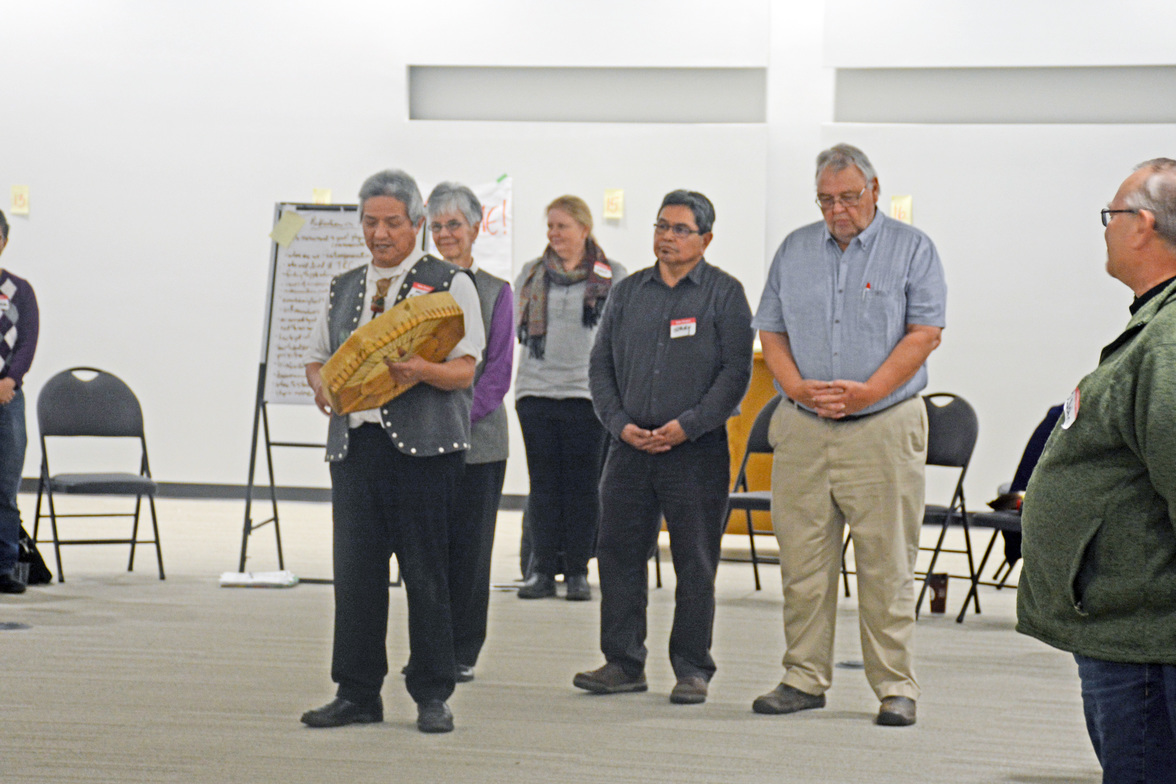 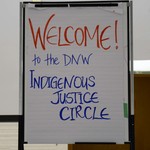 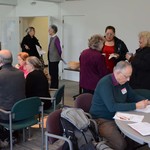 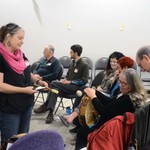 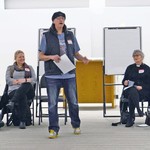 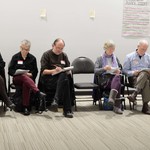 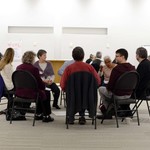 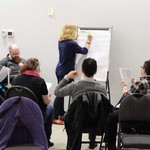 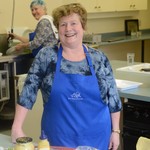 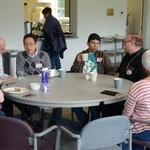 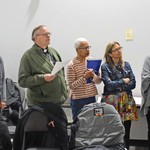 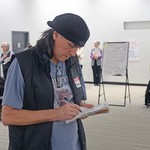 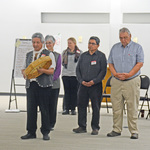 “At this first Circle, a principal component will be discussions regarding the Truth and Reconciliation Commission (TRC) recommendations pertaining to the Church. All those participating will read the report in break-out groups to become familiar with the summary report of the TRC, particularly relating to reconciliation work with church groups. This material is available in the TRC Calls to Action.
In the Circle, calls to action in the categories of: education, awareness raising, relational development strategies and First Nations world view basics will be explored.”

Beginning about 9:30am on Wednesday, January 13, an enthusiastic group of almost 60 people gathered in the Trendell Lounge, the bright and welcoming all-purpose room shared by the parish of St. John’s, Shaughnessy and the Synod Office of the diocese for coffee, pastries, fruit and conversation.

At 10:20am, the attendees, elders, clergy, Synod staff and others entered the Conference Room at 1410 Nanton and chose their seats in a circle.

Brander welcomed the group and said that he had originally expected 14-15 but was delighted by the great turnout. He also clarified that although the group was gathered in a circle, it was not a traditional/spiritual healing Circle, but a circle in shape only. His disclaimer did not of course diminish the need to observe the protocol of meeting in this way. Brander then thanked the three nations of the Coast Salish whose lands we are on: Tsleil-Waututh, Musqueam and Squamish. And then there were some words and songs beginning with Terry Aleck (Coyote) and others from Sechelt with a family song followed by Elder Kevin Bee, a survivor of St. Michael’s Residential school who spoke eloquently and emotionally about his experience, his mother, his journey, his anger and his healing. He offered a beautiful song called the Song for Five Nations which was composed in 1967 and he is the last bearer of this song.

After the songs and words, Brander gave a brief overview of the history of his involvement with Indigenous Justice and Christian denominations and included some information about First Nations culture and protocol. He then moved into the focus for the day, a look at the challenge of continuing the journey begun by the Truth and Reconciliation Commission and the content of the report, specifically the Calls to Action. Brander said that it is time to engage more deeply, First Nations people are in all parts of society.

Brander then asked the group to study the TRC Calls to Action publication for 20 minutes and then break up into small groups of 8-10 for another 40 minutes. While in the groups he instructed those present to react to the TRC Calls to Action document with markers and paper and then come back and gather as a whole and have a discussion based on the small group experiences. Brander asked that folks look at all the Calls to Action, not just the ones directed to churches. Brander reminded the group (as he must remind himself) that this is a collective Canadian issue. A goal would be to find advocates for reconciliation in all levels and parts of society in order to share the work load. Each group was directed to chose a scribe and a spokesperson.

Following the discussions, a spokesperson for each of the five groups went over their lists of reactions to the Calls to Action. This material will be carefully studied and considered as the Indigenous Justice Circle progresses. This material will also be useful to present to a proposed Aboriginal Elders advisory that Brander hopes to gather this year.

A First Nations table song, prayers and protocol concluded the morning session and everyone returned to the Trendell Lounge to enjoy a soup lunch prepared by the unofficial official caterers of the diocese, Bette Geddes and the Reverend Lizz Lindsay.

In the afternoon, Brander shared an Indigenous Justice model which would be; equitable, accountable, connected and in relationships of healing, restoration to balance, harmony and respect. He also spoke about Indigenous Justice directional goals. Where are we going? Are we all on the same path of awareness and advocacy? We must make sure that our ongoing communications convey our directional goals with consistency.

A feature of the afternoon session involved asking the participants to chose an Indigenous Justice issue to explore as a connection point. Each issue had a designated number and the numbers printed on sticky notes were placed on the wall of the Conference Room. Participants stood by the corresponding number to the Indigenous Justice issue that was their first choice for exploration. Before the exercise began Brander asked if there were additional issues to add to the initial list of 28. The first added, which was of course #29 was the issue of Missing and Murdered Women and from there a number of suggestions were offered that grew the list to 35. During the exercise people moved around enthusiastically discussing the various points of connection.

With time running out, Brander encouraged the group to find partners, partners from diverse backgrounds and interests. Engagement is vital so it is important to look beyond the walls of parishes and organizations for advocates and activists. It is important to stay committed , connected and aware. These Circles should be fertile grounds for networking and relationship building with local First Nations leadership.

Just after 3pm, the diocesan Indigenous Justice Circle ended with protocol; thanking protocols, travelling songs and prayers. As the members of the circle went around the Circle, greeting every person, Brander called Bishop Skelton who had been in attendance all day to join Jerry and James and stand behind Elder Kevin Bee as he shared powerfully from his heart a song of thanksgiving.

The next Indigenous Justice Circle is scheduled for May 25, 2016, in the same location. The Circle will gather from 10:30am to 3:30pm and work on strategies toward developing a network for the work of Indigenous Justice as it pertains to the diocesan mandate for Aboriginal engagement.

The March issue of Topic, the publication of the Diocese of New Westminster available 10 months a year as a section of the national publication, The Anglican Journal will contain a more detailed report of this historic first meeting.