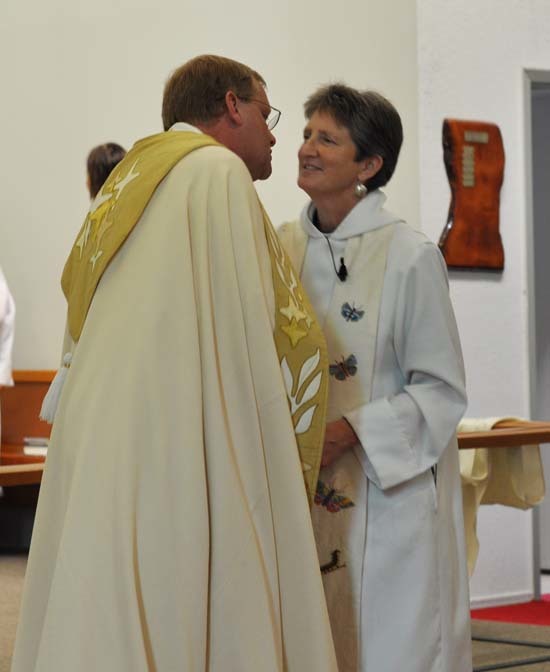 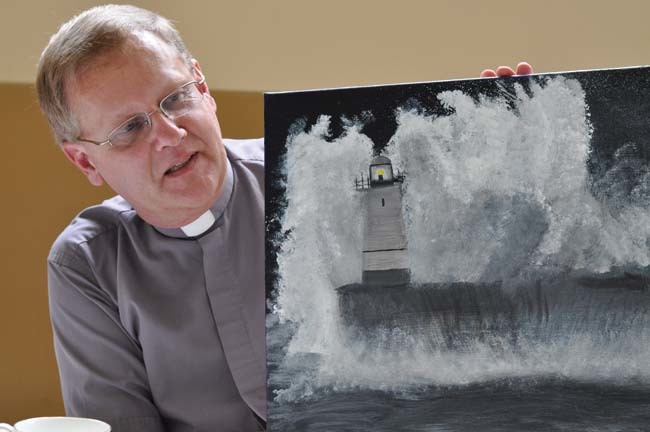 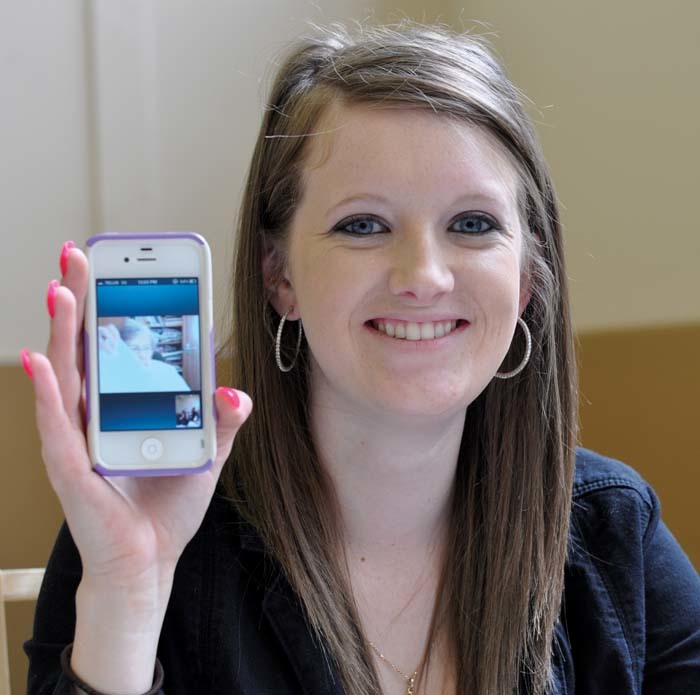 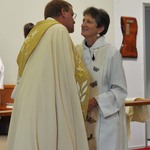 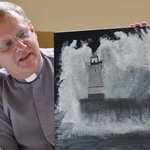 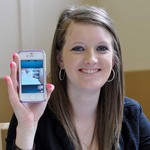 The Anglican Church of the Epiphany located in the Guildford near Gateway neighbourhood of Surrey is not likely to win any design or architectural awards. That being said, the beauty of this place is not the wood, cement, mortar and paint of the building but the bright light that shines from the community that worships there. It is a community dedicated to ministry and to sharing ministry with its ordained leadership: Deacon, Rev. Len Dyer, Honorary Assistant, Rev. Welby Walker and Incumbent, Archdeacon Stephen Rowe.
Sunday, June 24th the community celebrated two events, the Feast of the Birth of St. John the Baptist and the 25th Anniversary of their Rector’s ordination to the priesthood.
The guest preacher at the 10:30am, Celebration of the Eucharist was Stephen’s spouse of 26 years, Rev. Christine Rowe, Incumbent of St. Catherine’s, Capilano and Regional Dean of North Vancouver. Before she began to examine the lectionary readings for the day and the enduring meaning they hold for our lives and their relevance to Stephen’s 25 years of ordained ministry, she shared with the congregation some information about Stephen.
It was “pre-ordained” that he would seek ordination to the priesthood. As the son of an Anglican priest who was very interested in church, he knew from a very early age what his calling would be. He also had an abiding desire to be a Lighthouse Keeper, an unrequited ambition that his family made possible for him for his 40th birthday when he was treated to a week’s holiday in a lighthouse. Christine went on to make reference to Stephen’s well-deserved reputation for including a good sampling of his dry wit in his homilies. She told the congregation that she is often asked if he is this “funny at home.” Christine admitted to the congregation that he is in fact becoming “funnier” at home as the years have gone by, and she’s not sure that’s a “good thing.”
At the conclusion of worship, long-time parishioner and former warden, Doug Williams invited the congregation to attend the Strawberry Tea following the service. Doug reminded the congregation that it will be 11 years as of  September, 2012 since Stephen arrived at Epiphany as Priest-in-Charge in 2001. Christine was also the preacher at Stephen’s Induction when he was installed as Rector, November of 2002.
The majority of the congregation attended the luncheon and Strawberry Tea, enjoying a culinary treat. Stephen’s mother, Jean Rowe was in attendance via Skype from her home in England. The Skype connection was maintained through Stephen and Christine’s eldest daughter Hannah’s iphone. Hannah held the phone aloft so Jean could see the goings on in the Epiphany parish hall and at one point she held up a sign for all to see which read “can I have a sandwich?”
Between the sandwiches and the shortcake, the children’s choir sang and the Wardens of the Parish stood and spoke in honour of Stephen. The parish raised over $9,000 dollars in recognition and celebration of this anniversary milestone, the total being divided up into various allotments to benefit a variety of parish ministries. Warden, Shelley Pendergast presented Stephen with a gift certificate to be exchanged for two tickets to an upcoming Vancouver Symphony Orchestra concert.

It seemed very fitting that the giving of gifts was concluded with a presentation to Stephen of an original painting by parishioner Dave Dyer, depicting a lighthouse on a dark and stormy night.
Images: Top, Stephen and Christine greet each other at "The Peace." Middle Right, Hannah Rowe holds up her iphone so her Grandma, Jean Rowe can watch the festivities through Skype. Below, Archdeacon Stephen Rowe with the Lighthouse painting.