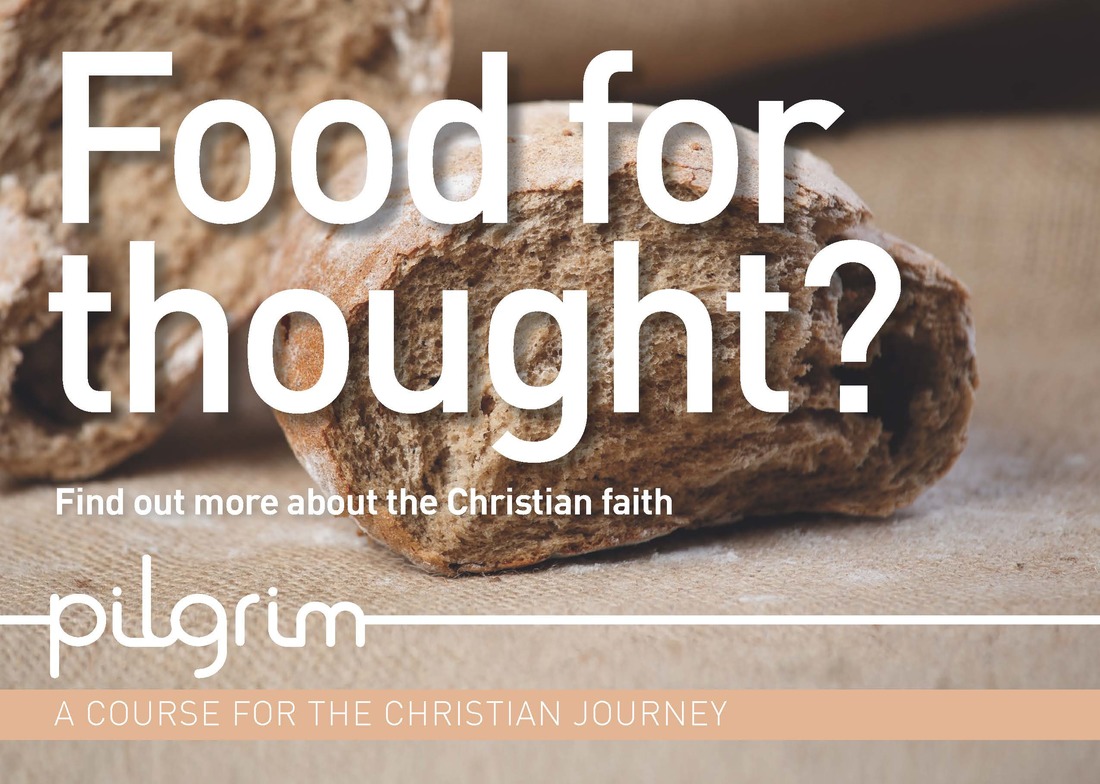 A number of parishes in the diocese are experimenting with a new course in Christian formation called Pilgrim. Aimed at explorers new to the Christian journey as well as those seeking to deepen their faith, this small group resource arose out of the Church of England in 2013. The program is made up of eight short courses of about six bite-sized sessions each. The sessions include worship, scripture study, reflection, a film, and discussion. Each course focuses on core aspects of the Christian faith: Baptism, Lord’s prayer, Creeds, Eucharist, Commandments, Beatitudes, Bible, Church and Kingdom. You can check out the Pilgrim website at www.pilgrimcourse.org or their Youtube channel which has introductory videos as well as all of the videos for each session.

Pilgrim in the Parish

I interviewed a few parish leaders to get their take on Pilgrim. Overall, they recommended the resource. They offered some of their experience as well as tips on starting and maintaining a group. The Reverend Lucy Price from St. James’ started a small group using Pilgrim and is enthusiastic about it. She cautioned though that ordering the small books that are needed can take a long time from the U.K. It’s a good idea to order early or look for another distributor like Church Publishing in the U.S. Each volume costs approximately $12.00. The St. James’ group has a suggested donation of $10.00/participant for each course. She recounted a moment in the group when a participant was triggered by the language of “Father” for God. The group took a moment and she said the session format offered a place to discuss and help reframe the image of God as parent. The group is planning to start a new course of Pilgrim for 2019.

“Well I love the format - it has a 'lectio' style reflection of the scripture at the beginning and the format is so easy to follow. There is a good balance between learning and sharing personal stories that our participants have appreciated. The material is easy to understand, yet still has depth - making it of interest to a wide range of people. We have a group of mostly seniors, both they and the younger folks are keen to continue the series."

Reverend Jonathan Lloyd strongly recommends the resource and the response has been positive at St. Stephen’s. About fifty people have participated in the four groups which have met. One group has met at lunch hour and another in the evening. They used the second set of Pilgrim courses which focus on deepening and maturing in faith. It’s called the “Grow stage.” Jonathan says the sessions “give space for people to ask questions… as well there is time for silence and listening.” The short videos have worked well in his context and he noted the “Wisdom for the Journey” section -- which offers quotes from the last 15 centuries of church history -- is a great, manageable resource for people to read in between their gathering.

Near UBC campus at St. Anselm’s, another Pilgrim course has gathered steam. The Reverend Alex Wilson calls it, “deep, but accessible.” The group is a mix of newcomers and people from different groups within the parish. They met on Sunday afternoons at first, but after a long morning of worship, energy for the session was becoming harder for both him and the group. They’re finding a new time this fall. He likes the way the material is broken down into nuggets, and uses plain, frank language. It also works for folks who, “have all these questions” because it doesn’t promise all the answers and “builds the sense of mystery too.” He was a little more ambivalent about the videos as they sometimes required extra explanation for their English context. Another real benefit he noted was that the course “gives practice to folks to talk about their faith.”

Pilgrim appears a user-friendly, reasonably priced and solid resource that is working for small groups in parishes.  This is the first in what I hope to be a number of reviews of relevant resources for Christian formation that are used in the diocese. Are you using a resource for adult formation that you’d recommend? Maybe you’ve created some of your own resources. Would you like to share about it? I’d love to hear and help get the word out. Email me at jschaap@vancouver.anglican.ca. Reverend Jessica Schaap, Missioner for Christian Formation

May 17 - International Day Against Homophobia, Transphobia, and Biphobia Sermon, Zoom YouTube Recording and Election Results Link to the May 13 E-News