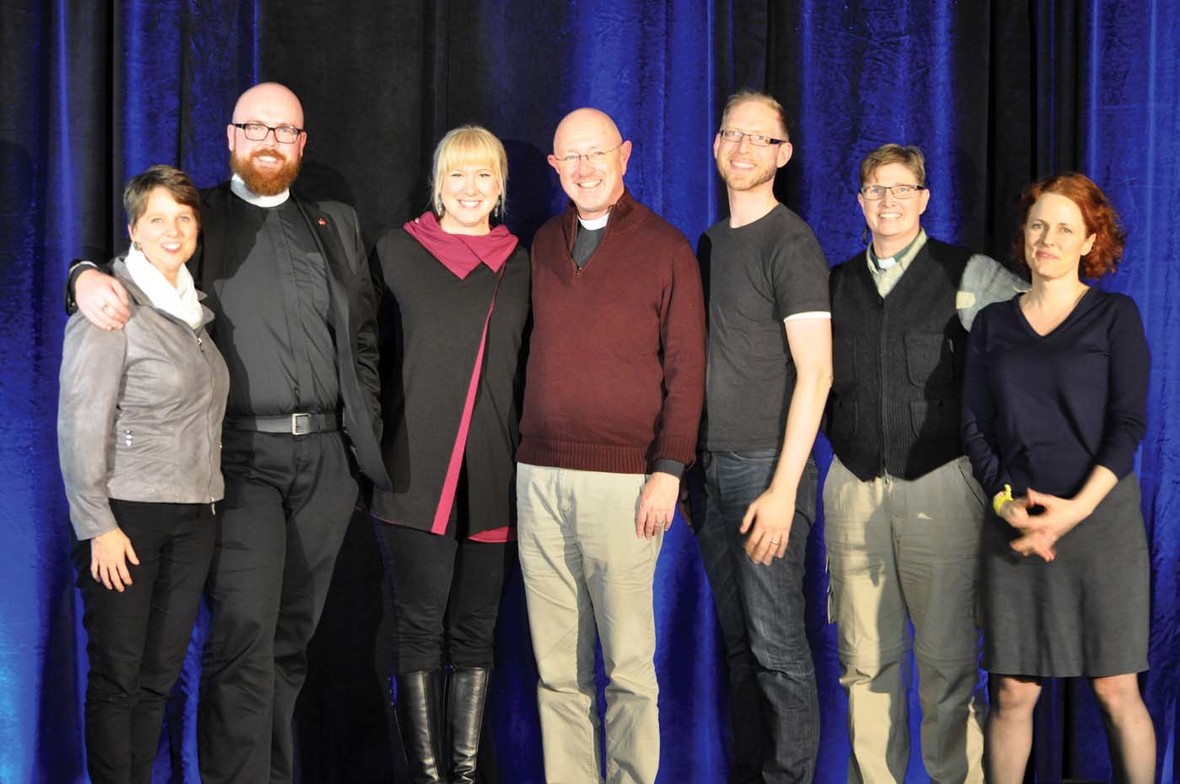 The folks from Anglican Films, Lisa Barry and Becky Boucher made the trip from Toronto to Vancouver to film a new series of KAT talks in the Parish Hall of St. Mary’s, Kerrisdale, October 29. KAT is an acronym (Keep Anglicans Talking) and the format consists of filmed presentations of Anglicans who are making a difference, speaking for a maximum of 10 minutes without notes on matters at the heart of Anglican identity.

The first batch of KAT talks filmed in 2014, had the general theme of stewardship, for 2015 there were two basic topics – Choosing Christ and What Could We Be? The Vancouver filming was the second and final film session for the 2015 season. The first session took place in Halifax.

A small but engaged audience gathered by 7pm in the parish hall of St. Mary’s, Kerrisdale to hear and support (in the order that they are in the photo): Tasha Carrothers, the Reverend Alex Wilson, Melanie Delva , the Very Reverend Dr. Peter Elliott, Andrew Stephens Rennie, the Rev. Laurel Dykstra, Kate Newman.

The films will be posted on line in mid-November on the General Synod website. Here is the KAT Talks landing page web address