A new three story $30 million dollar building is the goal 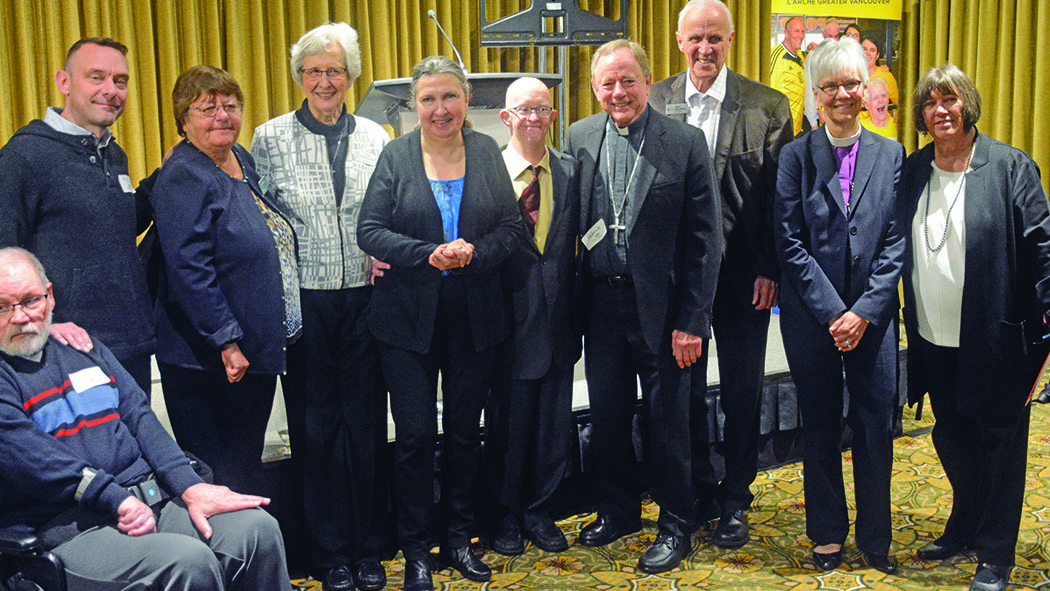 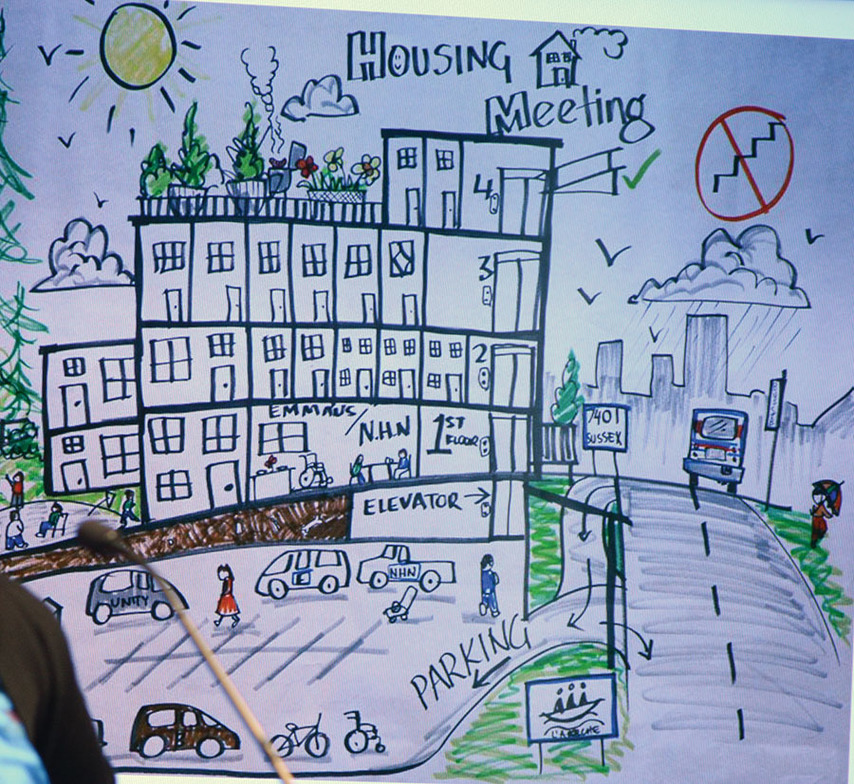 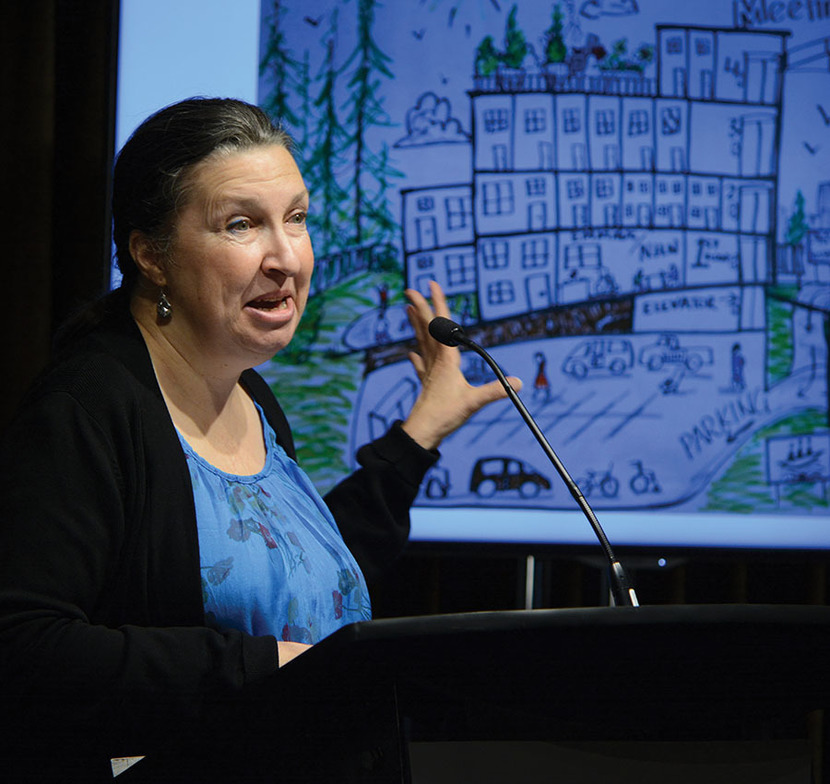 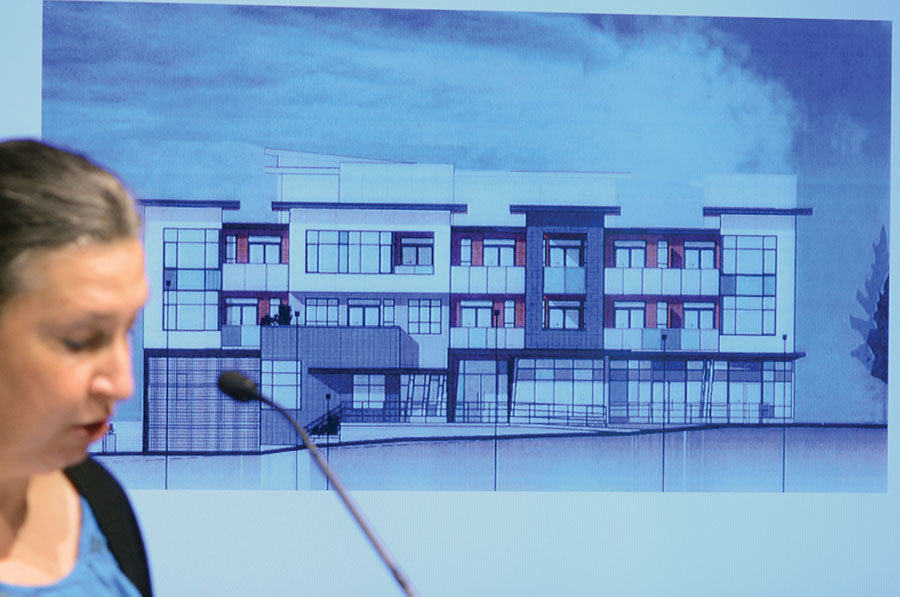 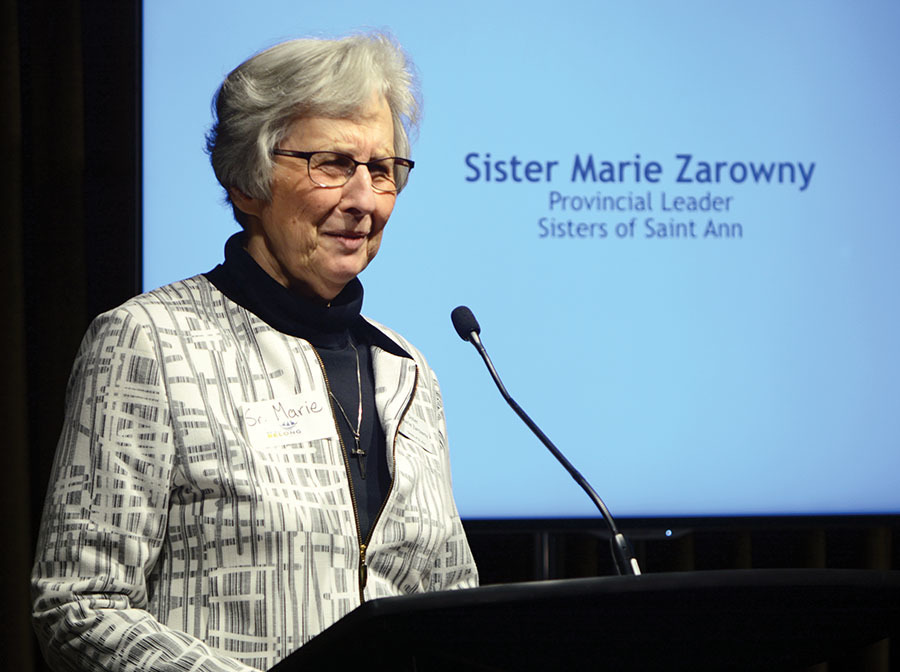 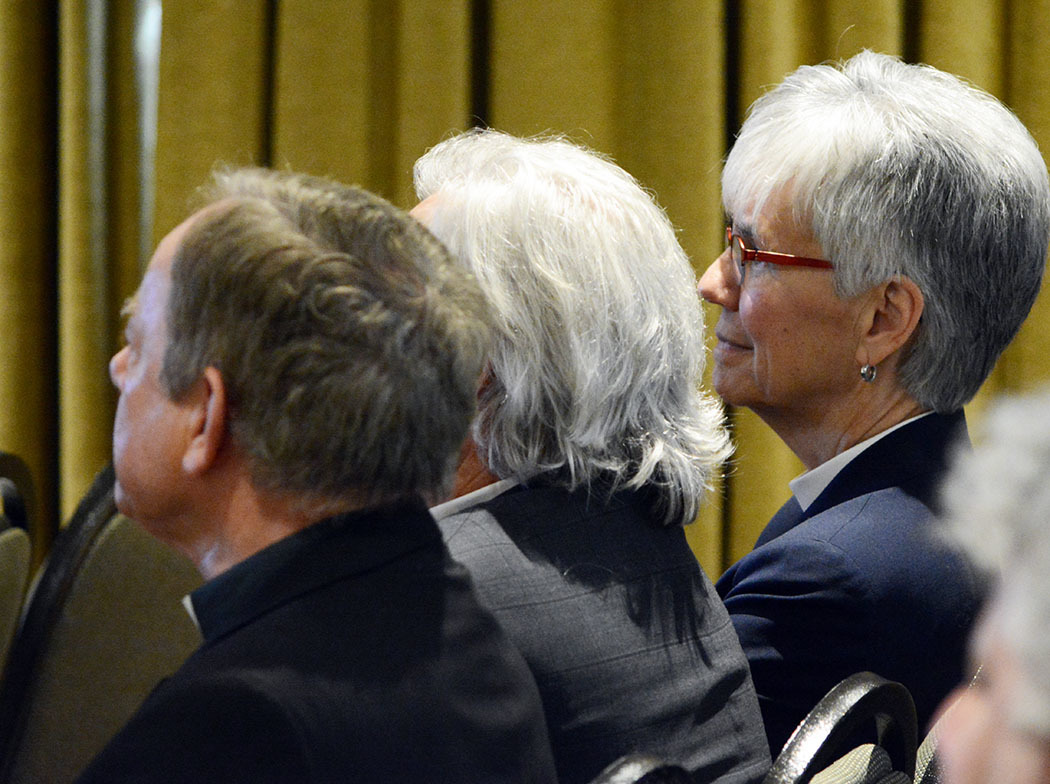 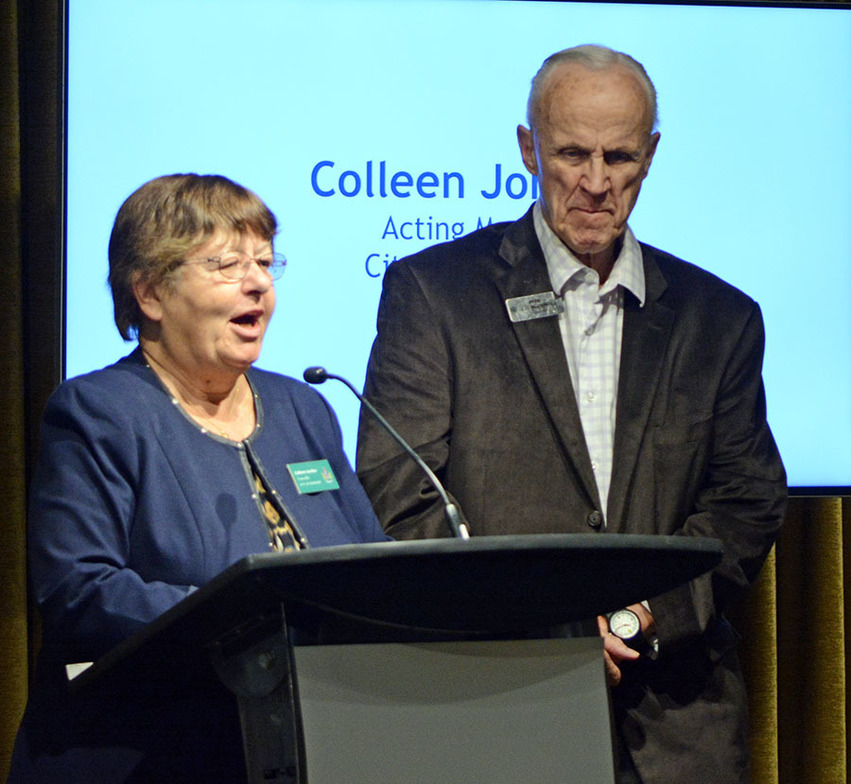 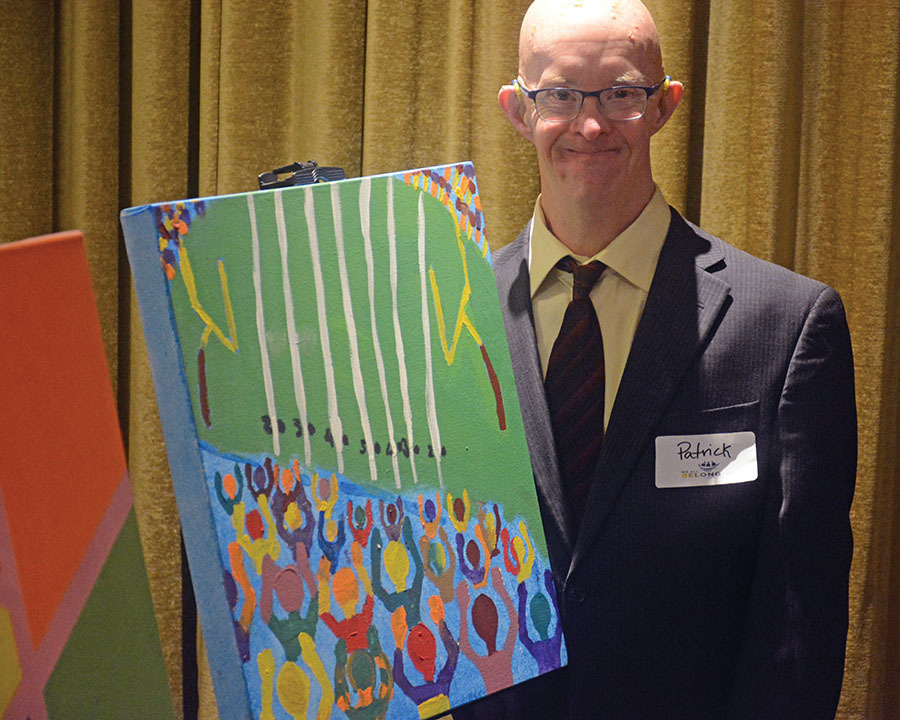 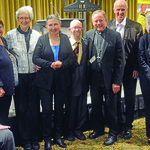 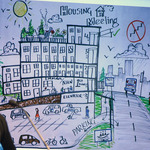 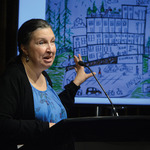 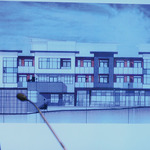 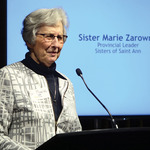 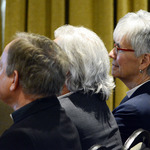 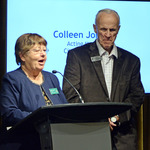 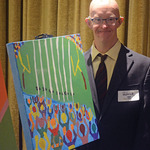 The “We All Belong” campaign to build a new $30-million facility for L’Arche Greater Vancouver launched Monday morning, April 8, with several donations announced. Audrey Staudacher, president of the L’Arche Foundation of Greater Vancouver said that B.C. Housing had made a $6.1-million grant. Burnaby’s acting mayor Colleen Jordan said that the city was donating approximately $1-million in kind and fees saved with potentially more to follow.

Archbishop Skelton is lending her support to this multi-million dollar capital campaign. The archbishop has agreed to join the Honorary Campaign Committee chaired by The Most Reverend J. Michael Miller CSB, the Roman Catholic Archbishop of Vancouver.

Located at 7401 Sussex Ave. in Burnaby, L’Arche Greater Vancouver is an intentional community and has been providing homes and day programs for adults with developmental disabilities since 1974. With an aging facility that no longer meets the needs of people, and with the increased desire and demand to support more younger adults with developmental disabilities, the organization is working on plans to turn their dream of a new, modern, and fully accessible facility into a reality. The projected cost of this new facility (which will also include 29 units of affordable housing) is approximately 29 million.  The new L’Arche building will be constructed on the current site. The 52,000-square-foot building will provide three large L’Arche homes containing 22-bedrooms; expanded community inclusion program space, and administrative offices. In addition there will be 10 suites for those who can live more independently, and 29 units of below-market rental suites. The fully accessible building also features a secure underground parkade with 62 stalls, a large central courtyard that faces a park, and a roof top that will feature gardens, a multi-purpose room and a chapel.

The total goal for the campaign is 15 million dollars. In order for the project to be financially viable, L’Arche will need to realize a minimum capital campaign goal of 5 million dollars by the end of 2019.  “Our goal is to raise $15-million so the new building can be occupied in 2021 debt- and mortgage-free. This will enable us to direct more time and resources to serving the community,” said Audrey Staudacher, “We are grateful for everyone’s support to help us realize our dream.”

L’Arche is an international organization founded by Canadian humanitarian Jean Vanier in 1964, and holds at its heart the understanding that every person is valued and has unique gifts to contribute to society. L’Arche Greater Vancouver, one of 29 L’Arche communities across Canada, is an ecumenical Christian community supported by a number of clergy from different denominations.

During the Media Conference on Monday, April 8, Sister Marie Zarowny, Provincial co-leader for the Sisters of St. Ann announced that they made a donation ($500,000).  Their donation would be an extension of her congregation’s mission in British Columbia that was started when they first arrived in 1858 in Victoria.   In her address to the media and campaign supporters Sister Marier reflected on the campaign title - "We All Belong"

"Has there ever been a time in the history of the world that this message is more needed?"

She went on to say that promoting participation in this campaign to help realize its goal and vision "can be a form of evangelization."

Additional Anglican presence at the Media Conference included, Deacon, the Reverend Trudi Shaw and fundraising professional the Reverend Rob Waller. The Reverend Trudi Shaw has been engaged with L’Arche for well over a decade, ever since she led her first community prayer with residents back in 2006.  Today she leads the monthly Anglican worship services at L’Arche. Deacon Shaw is also a former L’Arche Board member and Board Chair, and now as a volunteer, she is helping as an Ambassador for the campaign.

L'Arche Greater Vancouver is a registered charity dedicated to creating homes and day programs in which people with and without developmental disabilities live, work and discover faith together. They share life together as an intentional community. With 45 years of experience in fostering inclusion, understanding and belonging, L'Arche is committed to the physical, spiritual and emotional growth of men and women in the L’Arche community.