Let there Be Light 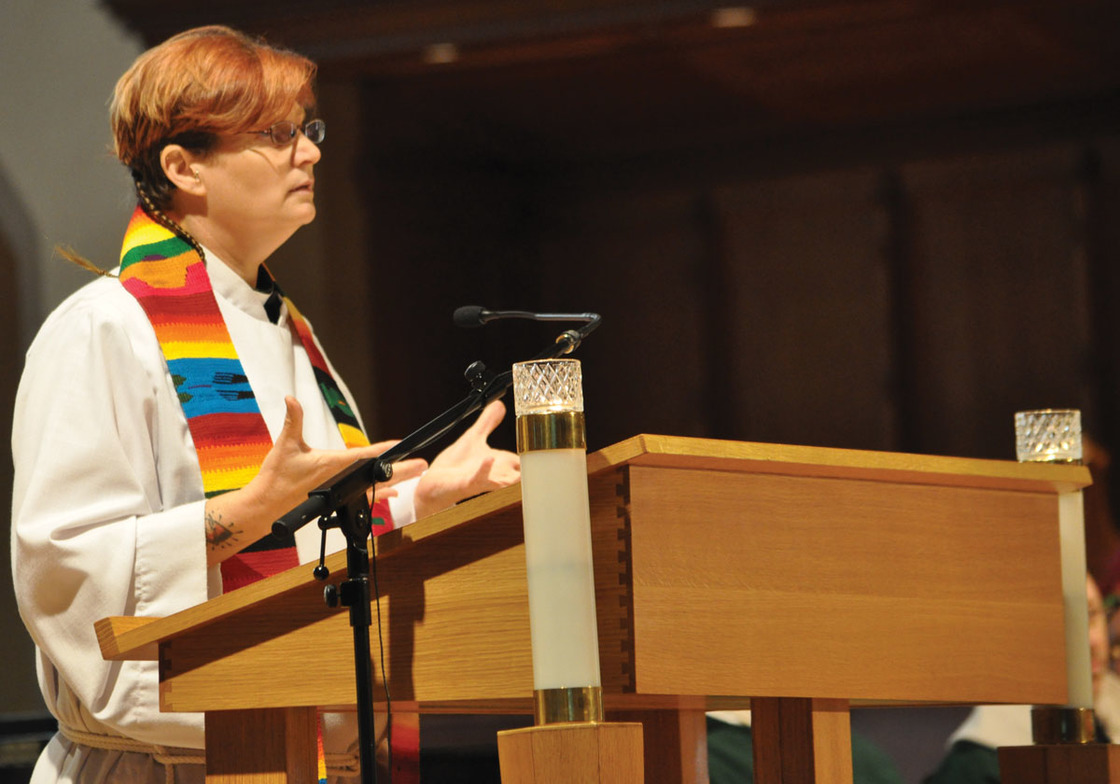 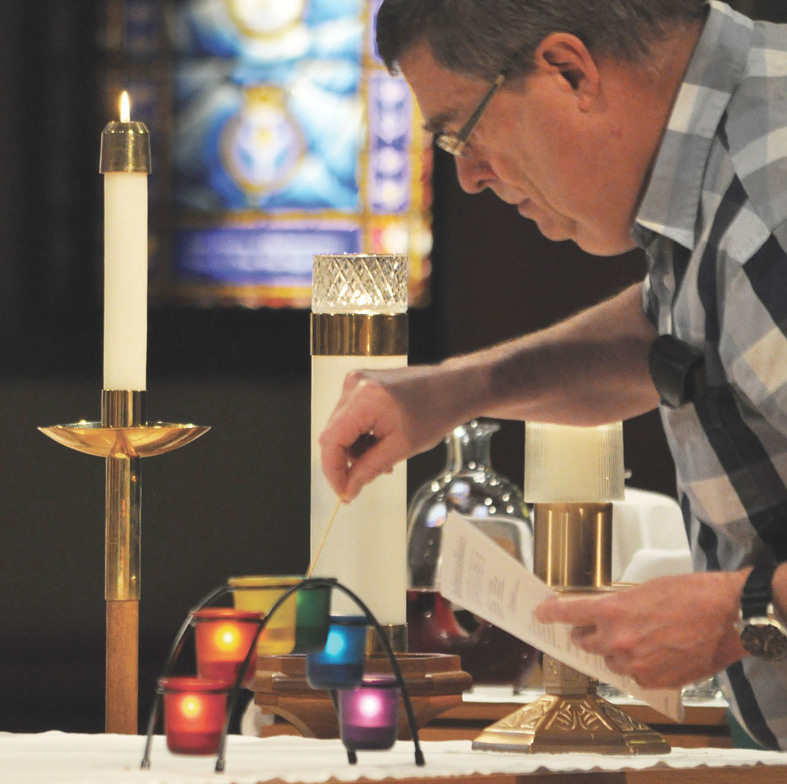 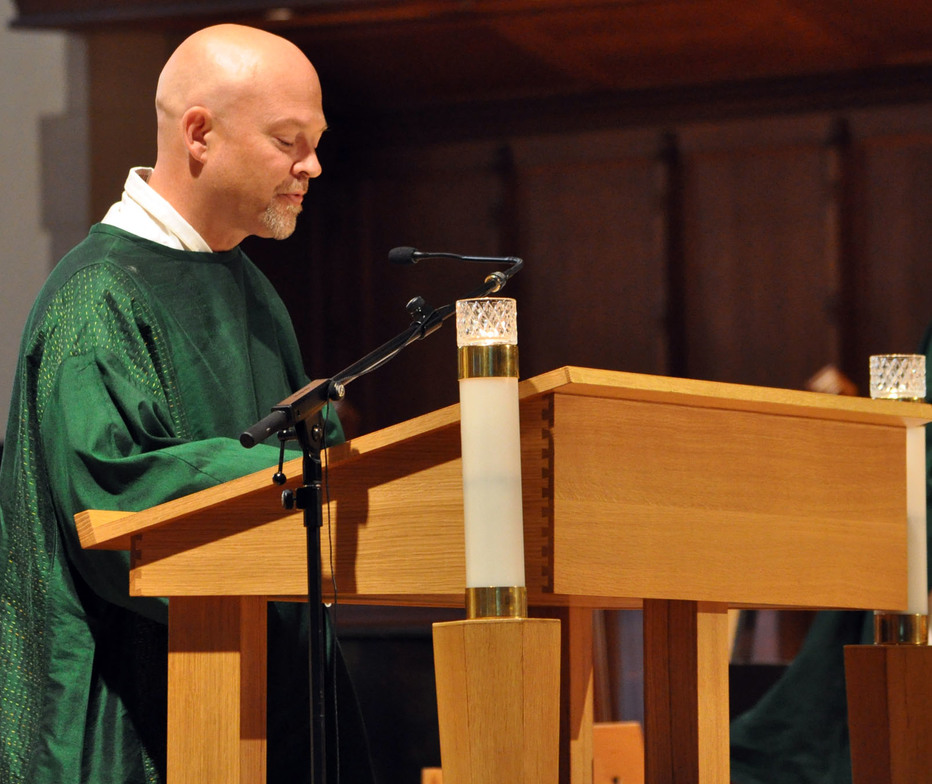 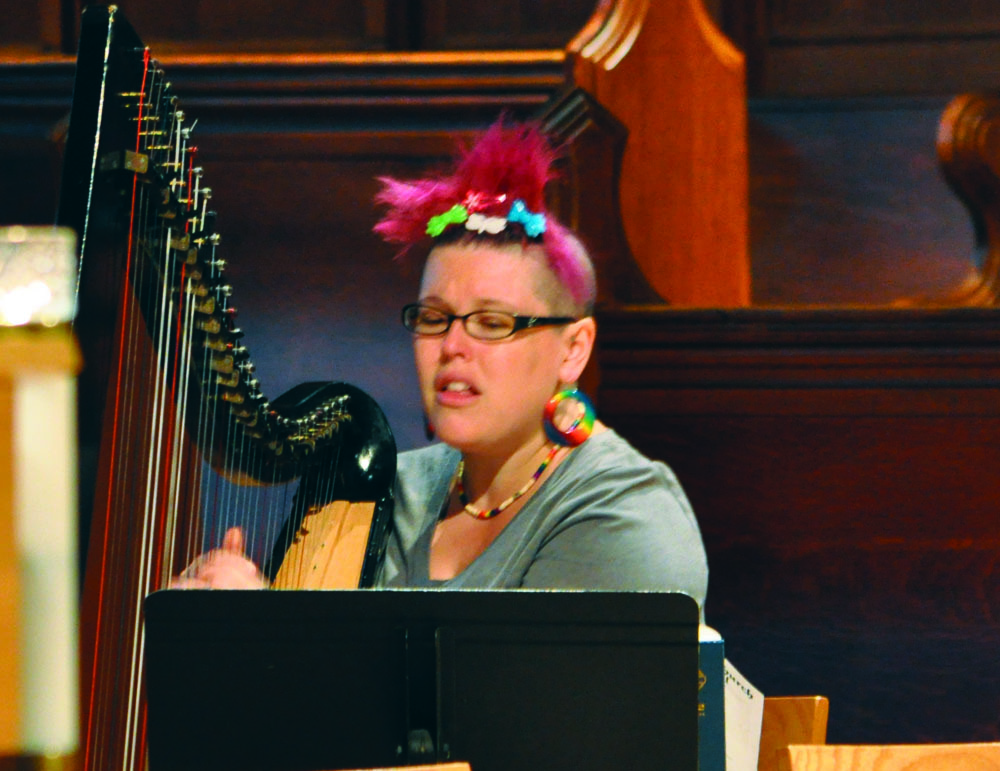 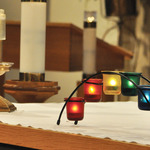 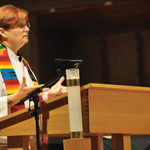 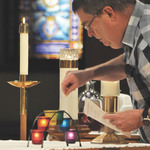 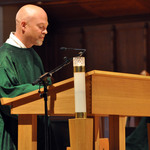 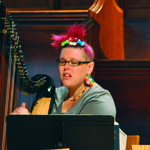 As has now become traditional at this liturgy, after the processional hymn (for 2014 it was Morning Has Broken led by harpist/vocalist Clare Morgan) and the Dean’s welcome the Service of Light is offered. The presider opens with these words:

“The lighting of a candle is a simple act yet becomes a powerful sign. For when we don’t have the words or don’t know how to pray, a small candle burning brightly expresses our prayer that is always with us – and becomes more powerful with each candle lit.”

This moving ritual was then followed by the hymn, Let there Be Light, led by music in worship leaders, the aforementioned Clare Morgan and pianist/organist Ginger Shaw. On Sunday, August 3rd the 100+ members of the congregation sang the hymn with enthusiasm and emotion.

The preacher at the Eucharist was a priest of the Diocese of New Westminster, the Reverend Laurel Dykstra. Laurel was also the chief organizer of the Anglican presence at the Pride Parade held later that day a few blocks west of Christ Church Cathedral. She chose for her text, the Old Testament reading, Genesis 32: 22-31 which she said was a pretty good fit for Gay Pride Day. The story of Jacob wrestling with the angel (an emissary of God) and then his receipt of the new name Israel is a scriptural passage with many and various interpretations. To quote Old Testament scholar and theologian Walter Brueggeman, “Its rich expository possibility is based in part on its lack of clarity, which permits various readings.” Laurel covered a variety of themes in her homily, ranging from the complications of Jacob’s family, his wives, children, the fear of his brother to the translation of his name to mean “heel/trickster/over-reacher/jerk”. She made reference to a seminary professor’s teacher who when speaking about this passage had said “This story is key metaphor if you want to grapple with Holy Scripture.” Not only does Jacob wrestle with God but he also “wrestles” with his loved ones and although that is about conflict, “wrestling with the ones that are close to us shows us the face of God.”

Laurel took the wrestling metaphor further, into the world that we live in today and to the struggles that continue. Laurel said:

“In both wrestling stories Jacob and Rachel “prevail” which seems to imply winning. But the Hebrew word yachol-ti is more accurately translated “to be able, or to cope” so really it is not about winning, more about not being defeated.

I think is powerfully true about the struggle for Queer/LGBTQ liberation, it is not something we have won:

• With queer migrants forced to seek sanctuary as immigration laws become more restrictive
• The shockingly high suicide rate of queer people
• Persistent misogyny- anti-femme violence that ranges from daily micro-aggressions to murder
• Homeless rate of LGBT youth
• Pinkwashing—that presents western militaries as the champions of gay rights—for example in Palestine
• With new HIV infections in the lower mainland down in every group except men who have sex with men
• When our Pride celebration is more about corporations than liberation,

And all of us under pressure to abandon those members of our community, or parts of ourselves, who fail or refuse to conform to a white, partnered, wage-earner model.
No, whatever concessions the most privileged of us benefit from, we have not won queer liberation—but neither have we been defeated.”


One of the most compelling and thought-provoking takeaways from Reverend Laurel Dykstra’s sermon was when she made reference to the last line of the Gospel reading for the day. Matthew 14:21. She said:

I wrestle with the fact that 2000 years later in the church and out of it, in many ways we are still ‘not counting women and children.’

After today’s passage in Genesis, Jacob/Israel fresh from his encounter with God, blessed with a new name, goes to face the brother whom he has cheated—but just when you want him to get it right, he puts his wives and children in order of status—most expendable (maids and their children) first.

Those of us who are heirs to the stories of Jacob and Jesus, need to always ask ourselves who are we “not counting?” who is not included?—do we rattle off the string of letters—LGBTQ–but really not mean bisexual and trans people? Do we use the term “Two Spirit” like its “Native for Gay” without listening to those who claim that identity? Do we have meetings up stairs or behind doorways that wheelchair users can’t access? Do we sing “all are welcome” but find in real life that the people who actually feel welcome and comfortable are people who look and earn and live quite a lot like us?”

You are encouraged to access the text and an audio recording of the Reverend Laurel Dykstra’s sermon by clicking the link.

One of the many positive benefits that have grown out of the Annual Pride Service over the years at Christ Church Cathedral is the increasing involvement of the Cathedral’s 8am Congregation. They are a group of 20-40 who celebrate Holy Communion from the Book of Common Prayer. Many members of that congregation were present for this worship, as were the 8am worship leaders, who read the Old Testament passage, the Gospel, offered the intercession, served at the Altar and participated in the Service of Light.

Following the Gay Pride Day Eucharist, everyone was invited to partake of a complimentary continental brunch prepared and served by members of the Christ Church Cathedral faith community.