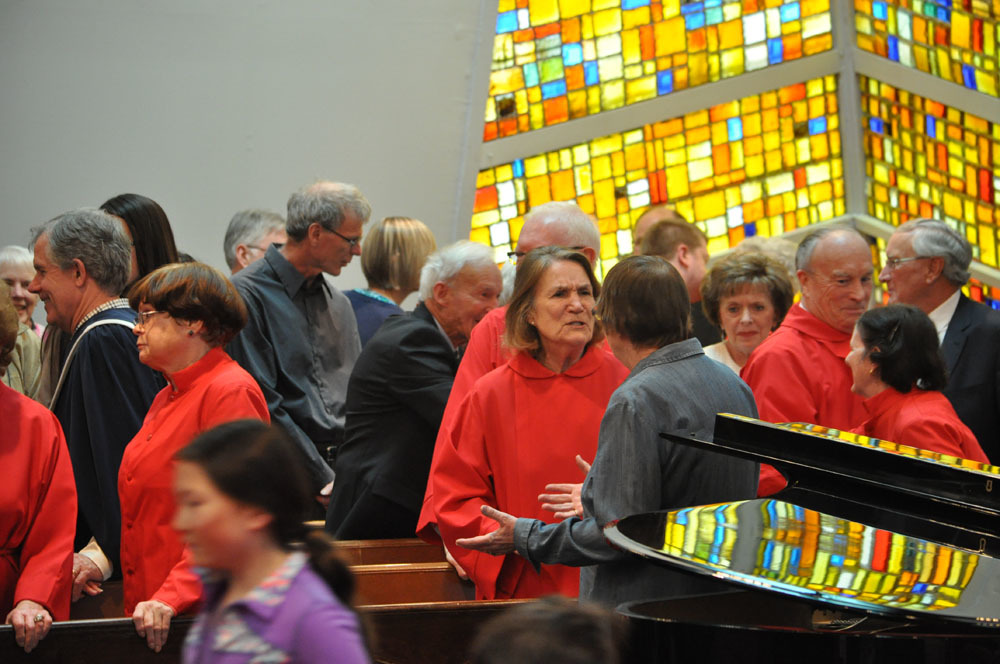 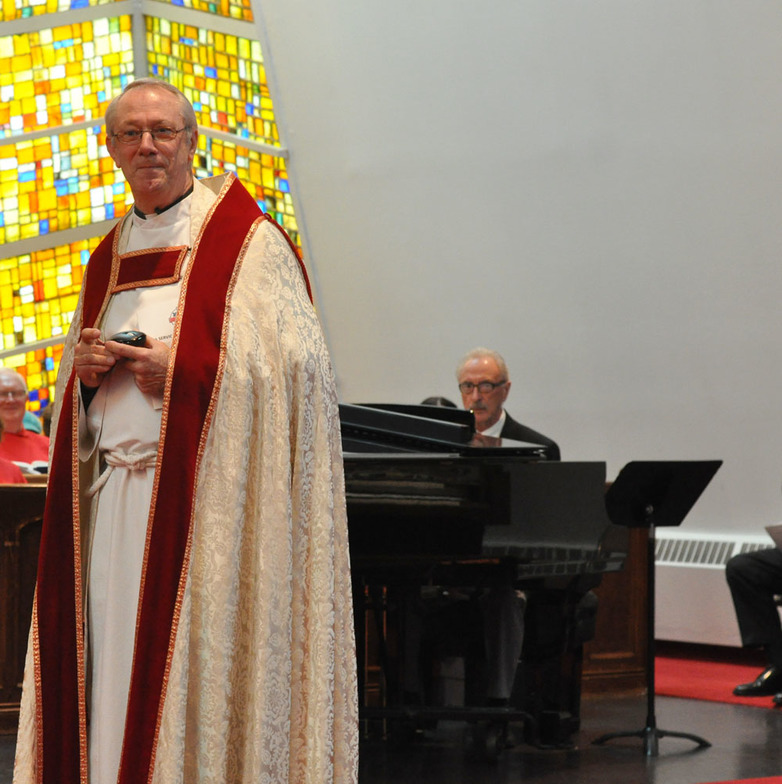 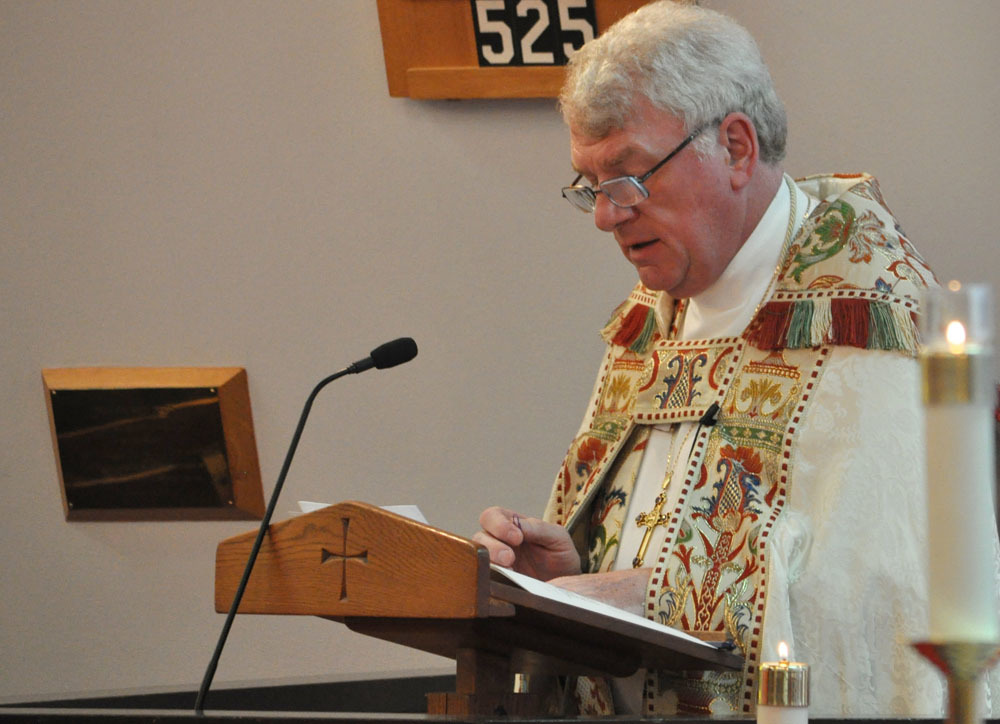 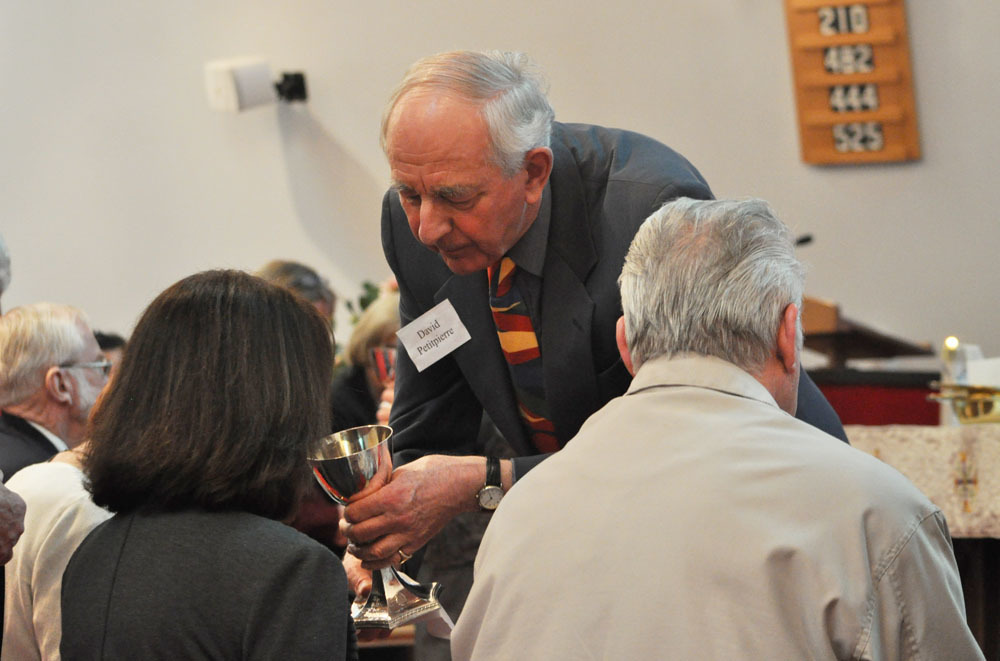 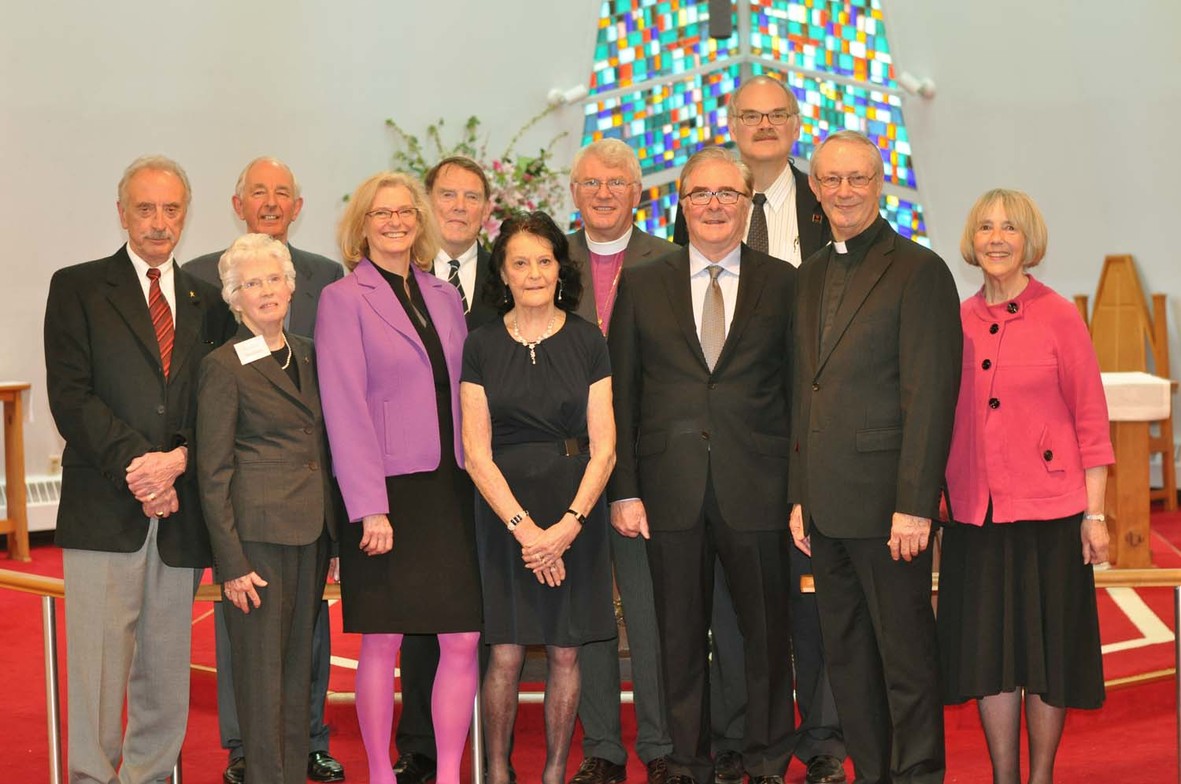 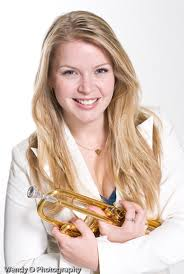 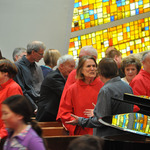 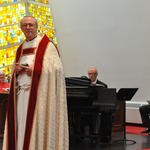 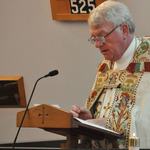 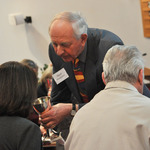 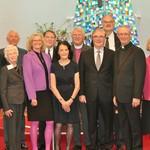 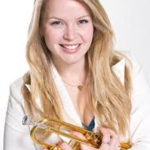 The Centennial Celebration Eucharist for St. Stephen’s, West Vancouver took place at 4pm, Sunday, April 7th, 2013. The first actual worship service took place 99 years and 51 weeks previously on April 13th, 1913 in the Dundarave Hall a couple of kilometres to the west of the current location. The weather for this weekend, the weekend following Holy Week and Easter had been as gray and drizzly as the previous weekend had been warm and sunny. However, the rain had diminished to a few sprinkles allowing a capacity congregation of 250+ comfortable and dry entrance to the sanctuary.

St. Stephen’s rector, the Reverend Trevor Fisher began by welcoming everyone to worship. He made reference to the original location of the parish at Dundarave Hall which is now the location of the Red Lion Pub. He had one housekeeping issue to communicate and that was to clarify that any discrepancies detected between the printed service bulletin and the order of service projected on the walls defer to the “wall” and any discrepancy that may occur between the service bulletin, projected image or Bishop, defer to the Bishop.
Bishop Michael Ingham was the preacher and presider at this special celebration and he began his sermon by congratulating the community on 100 years of ministry. He told the congregation that his relationship with St. Stephen’s goes back 30 years to the time when he was a rector of a parish in the same deanery, St. Francis-in-the Wood, Caulfeild and he very much enjoyed participating in the St. Stephen’s Fall Fair, “What the Dickens.” He also said that this would likely be the last time he will address the St. Stephen’s community from the pulpit in his role of Bishop as five days earlier he had announced his retirement as of August 31st, 2013. He greeted those present who have given “great service” to the Church both locally and to the greater Church. He concluded with words of hope, encouragement and validation, “The Spirit of God is calling us to adapt and change. The building, this worship space is a visionary construction, controversial when built but well worth the effort as it is a source of light that has served and continues to serve the parish and the diocese well.”
The rest of the Eucharist was a joyful liturgy concluding with the Bishop’s Blessing.
After the Blessing there was a time for Greetings offered by local government representatives. Federal MP, the Honourable John Weston was unable to attend as he was on a trade tour in Asia but his Communications Director, Josh Hermond was present. He shared greetings and congratulated the parish on 100 years of ministry.
Next to speak was West Vancouver-Capilano MLA, Ralph Sultan. In his statement of Greeting and Congratulations he pointed out that government is in fact “helpless” without institutions like the Christian Church who provide a “moral infrastructure” for our communities.
The last to offer greetings was the Venerable Lynne McNaughton, Archdeacon of Capilano-Kingcome who said that recently as she was driving from North Vancouver through West Vancouver moving north to Squamish she had thought to herself that this must be the “most beautiful archdeaconry in the world.” She congratulated St. Stephen’s parish on their milestone anniversary and urged them to continue to live out their faith in their neighbourhood with conviction and courage.
After worship and the greetings the majority of those in attendance adjourned for a celebratory reception in the Church Hall.
There are more events to come in celebration of St. Stephen’s Centennial.
A Centennial Strawberry Tea Party on Saturday, June 22 at 3:pm. Quite formal in that women will wear hats and gentlemen will wear at least a jacket and tie.
On Tuesday, October 1st, St. Stephen’s will hold a Centennial Jazz Concert at 7:30pm with Bria Skonberg and her Big Bang Jazz Band. Bria is a very well-known jazz trumpeter and singer, who grew up in Chilliwack and now lives in New York. Bria was a student of Peter Vanderhosrt one of St. Stephen’s music directors. She has performed at St. Stephen’s before but her career has really started to take off and she is performing this concert as a special thank-you for the parish.