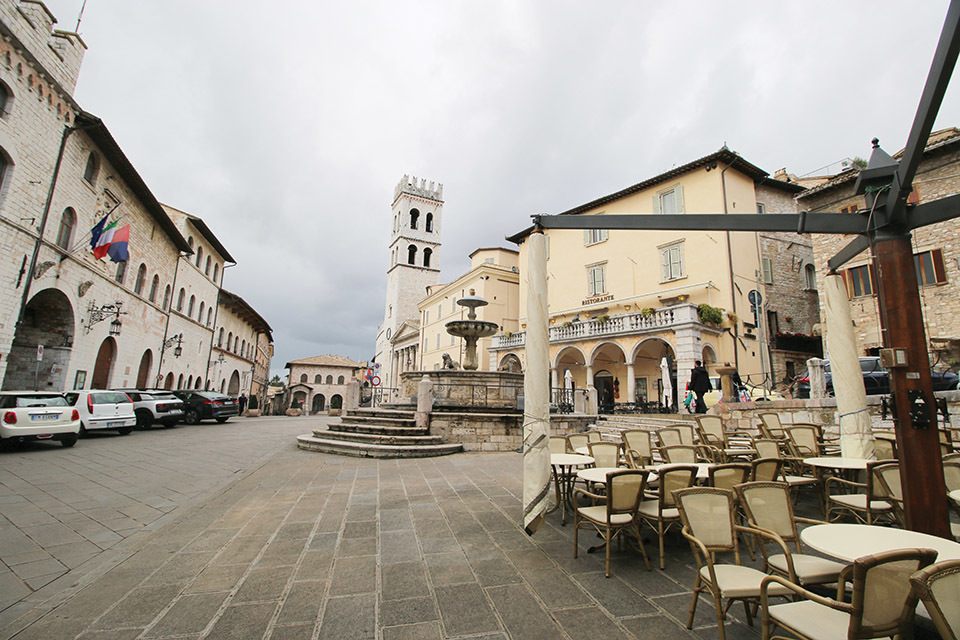 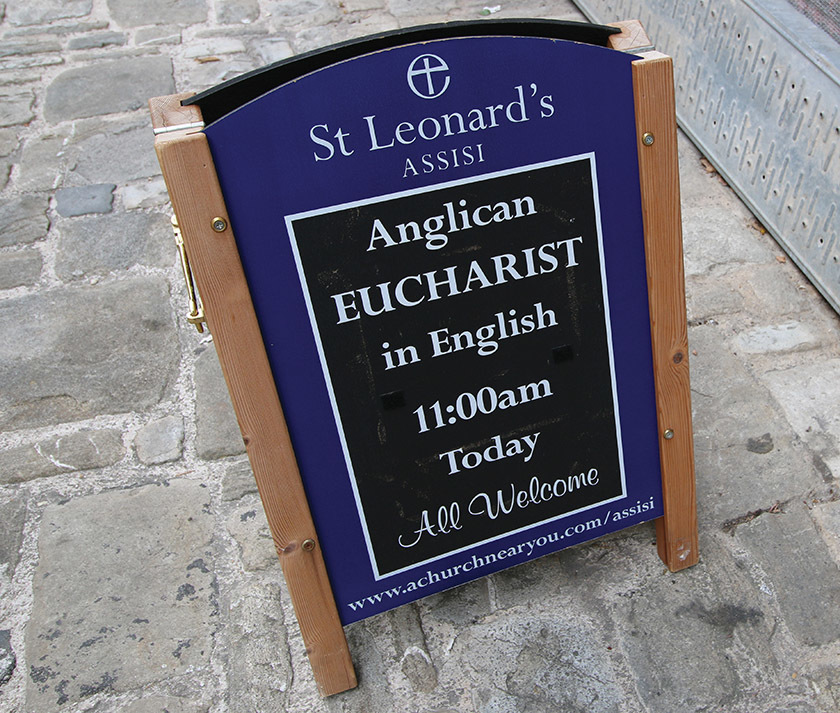 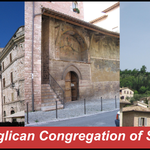 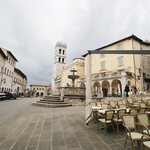 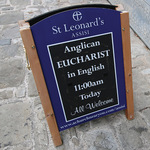 The small Anglican congregation in Assisi, Italy, is part of the Church of England Diocese in Europe and gathers each Sunday at San Leonardo’s Church in the city. The church building, with its 14th Century frescoes, is generously lent to the Anglicans by the Roman Catholic Bishop of Assisi. Some parishioners drive as far as 100km from their homes to join the weekly Eucharist at San Leonardo. In the months from Lent and through the summer the congregation is usually joined by many tourists and pilgrims from across the world.  This year is very different.

When I arrived in Assisi at the start of March to serve as their volunteer chaplain and engage in Franciscan study leave, I had no idea of what would unfold in the coming ten days. I was invited to The Bishop of Assisi’s weekly staff meeting and the main agenda item was the postponement of The Pope’s visit to Assisi for a major gathering with 2000 young economists called ‘The Economy of Francis’.

Over the next week I noticed restaurants and shops gradually closing, with streets emptying.   After officiating at San Leonardo on Sunday morning (March 8), I came out of the church and noticed soldiers on the street. Roberto, a local olive grower, agreed to take me early next morning to Perugia airport.

I left Italy just hours before the lockdown of the whole of Italy.  I am now safely back in West Vancouver and in self-isolation for 14 days. I am keeping in touch with the Assisi Anglicans through technology and prayer.  Please pray for them and the people of Italy.  I won’t ever forget those ten days in Assisi.

This is a reflection the Assisi Anglicans have shared with me;

Yes there is fear.

Yes there is isolation.

Yes there is panic buying.

Yes there is sickness.

Yes there is even death.

They say that in Wuhan after so many years of noise

You can hear the birds again.

They say that after just a few weeks of quiet

The sky is no longer thick with fumes

But blue and grey and clear.

They say that in the streets of Assisi

People are singing to each other

across the empty squares,

so that those who are alone

may hear the sounds of family around them.

They say that a hotel in the West of Ireland

Is offering free meals and delivery to the housebound.

Today a young woman I know

is busy spreading fliers with her number

So that the elders may have someone to call on.

are preparing to welcome and shelter the homeless, the sick, the weary

All over the world people are slowing down and reflecting

To how big we really are.

To how little control we really have.

To what really matters.

So we pray and we remember that

Yes there is fear.

But there does not have to be hate.

Yes there is isolation.

But there does not have to be loneliness.

Yes there is panic buying.

But there does not have to be meanness.

Yes there is sickness.

But there does not have to be disease of the soul

Yes there is even death.

But there can always be a rebirth of love.

Wake to the choices you make as to how to live now.

Listen, behind the factory noises of your panic

The birds are singing again

The sky is clearing,

And we are always encompassed by Love.

Open the windows of your soul

And though you may not be able

to touch across the empty square,

Photos: Jonthan LLoyd (except where noted)