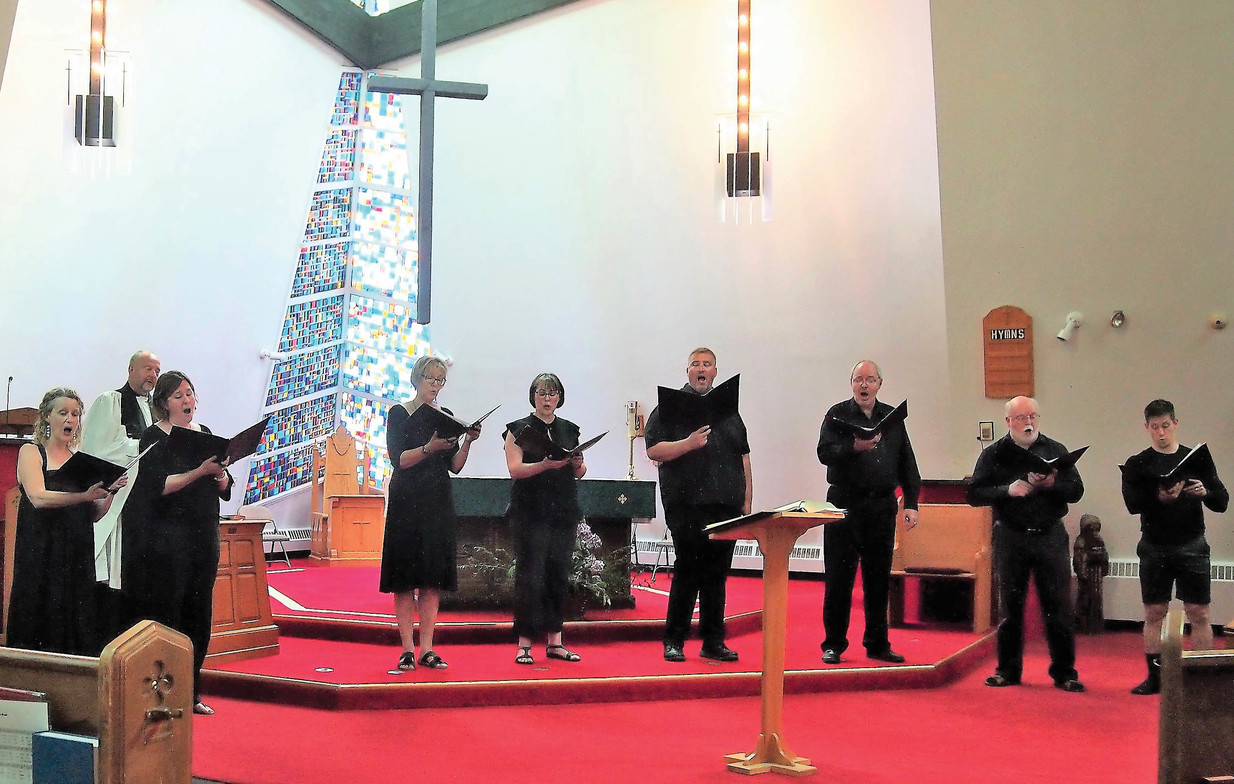 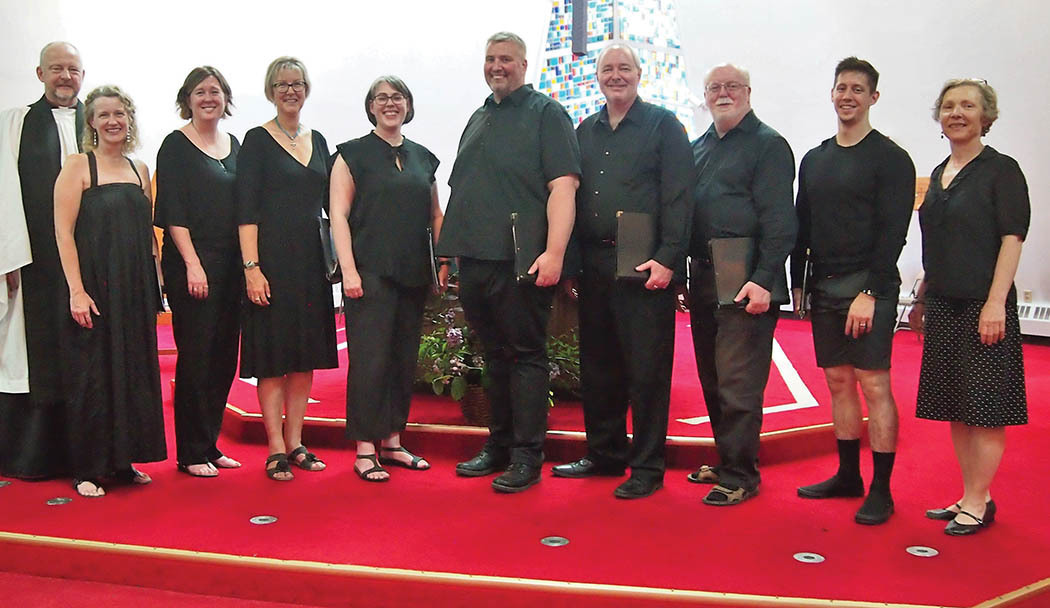 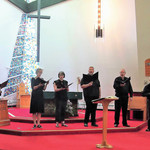 Music has always held an important place in the worship at St. Stephen’s, West Vancouver, and this summer, it reached new heights with the attendance and superb dedicational service of choristers from Christ Church Cathedral leading the music in worship at Choral Evensong. Always well attended, this service on July 21 brought together the congregations of St. Stephen’s, St. Francis in the Wood, and St. Christopher’s, and any number of people of other denominations. St. Stephen’s Minister of Music, Dr. Annabelle Paetsch, not only coordinated the event with rector, Canon Jonathan LLoyd, but also accompanied the service on the organ. The music of the eight Cathedral singers ranged in composers from Ralph Vaughan Williams, and Herbert Whitton Sumision, to Felix Mendelssohn.

The following homily had particular significance in that Canon LLoyd themed it on the 50th anniversary of the first humans on the moon.

‘That's one small step for man, one giant leap for mankind.'   We know these famous words. But did you know what Buzz Aldrin did before they stepped out on to the moon's surface?

Aldrin is a committed Christian.  He had a silver chalice with him on the flight, and there was just enough gravity for him to be able to pour wine from a plastic container.

He wrote 'In the one-sixth gravity of the moon the wine curled slowly and gracefully up the side of the cup. It was interesting to think that the very first liquid ever poured on the moon, and the first food eaten there, were the elements of Holy Communion.'

He also read from John 15.5: 'I am the vine, you are the branches. Whoever remains in me, and I in him, will bear much fruit, for you can do nothing without me.'

Before he took the bread and wine, he radioed back to NASA: 'I would like to request a few moments of silence. I would like to invite each person listening in, wherever and whomever he or she may be, to contemplate for a moment the events of the past few hours and to give thanks in his or her own individual way.' The crew of a previous mission, Apollo 8, had read the Creation story from Genesis during their orbit.

Three hundred microfilmed King James Versions of the Holy Bible were carried on the Apollo 14 mission, a hundred of which went down to the moon in the lunar module with astronaut Edgar Mitchell.

There's also a paper Bible still on the moon; it's on the dashboard of an abandoned lunar rover and was left there by Apollo 15 astronaut David Scott.

St Francis of Assisi called the Moon his ‘Sister’.

He sang ‘All Praise be yours, my Lord, through Sister Moon and the stars; in the heavens you have made them, bright, and precious and fair…’

The moon is not a source of light, but reflects light. Likewise, God calls us to reflect God’s light in the world.

In other summer 2019 news at St. Stephen's, the congregation was honoured to have a re-cap of the work of the recent General Synod given by Sister Elisabeth SSJD on July 28. This was of particular relevance in that St. Stephen’s congregation had welcomed several members of GS2019 to the July 14 main Sunday morning celebration of the Eucharist and to Margaret Rolfe’s famous salmon lunch.

"Teach my heart this day, where and how to find you" Link to April 15, 2021 E-News Nominations Committee Promos