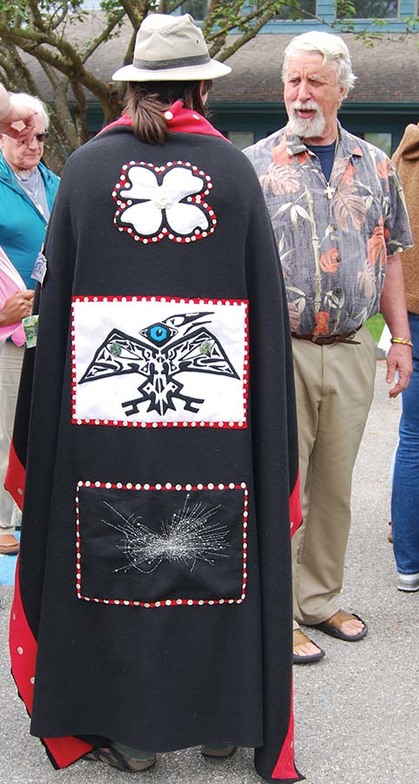 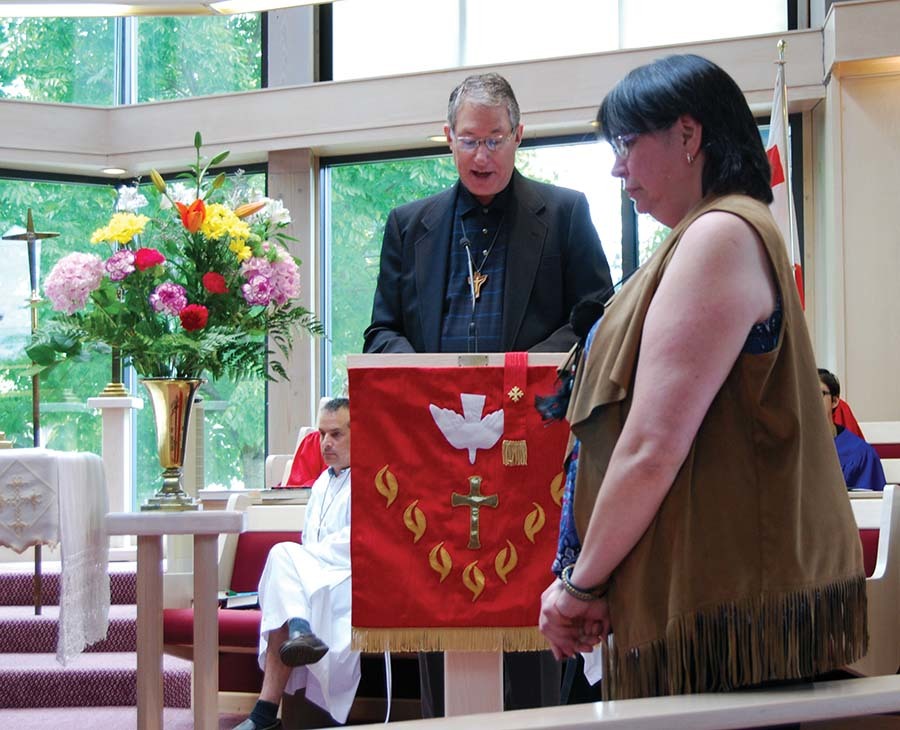 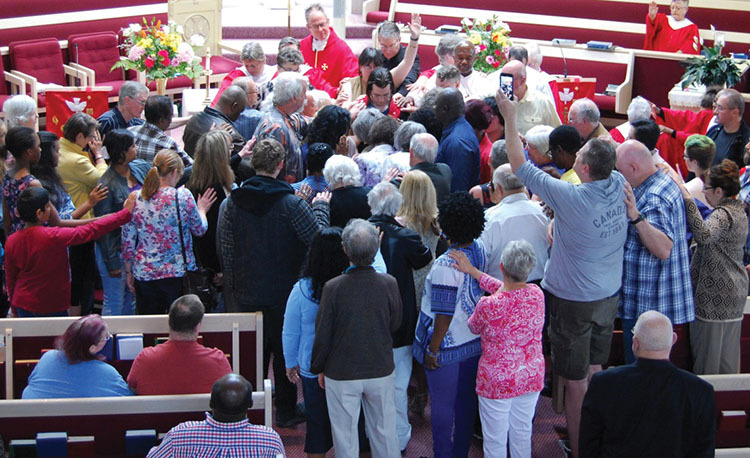 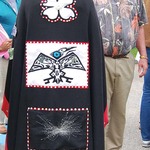 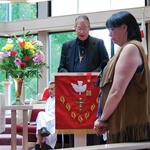 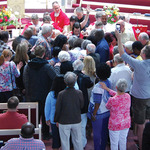 Alex Fortin is an Aboriginal student with family connections to First Nations located in the eastern Fraser Valley.  He graduated from UBC with a Bachelor of Science Degree (Honours Physics).  He was presented a traditional button blanket which he wore at the First Nations graduation ceremony in the First Nation’s Longhouse at UBC, May 26.

At St. Cuthbert’s in Delta on May 20, a button blanket was presented to the rector, the Reverend Paul Woehrle who accepted it on behalf of the church and blessed it. He explained that such traditional blankets are fully handmade and asked those present to notice the considerable detail sewn into the border and patterns. Pastor Paul introduced Alex’s mother, Beth Fortin who made the blanket, and thanked her on behalf of the church for all her hard work as a member of the congregation and as a tireless worker for Anglican Church Women’s compassionate service initiatives. Beth thanked God the Creator and acknowledged the Tsawwassen First Nations on whose ancestral territory the church buildings are located.

The Button Blanket is a Coast Salish tradition, originating in Haida Gwaii, in recognition of an accomplishment or feat and is given in ceremony. The blanket is to be made by a family member, by hand. A story must be told of the recipient’s feats and why they are deserving of such an honor. Beth told of the family’s struggle with forced adoption and cultural denial as well as Alex’s remarkable resilience through illnesses and other challenges. Alex is a healthy, strong, kind, very bright individual with a great future, thanks to the help of God, considerable prayer and Alex’s hard work and academic excellence.

Alex’s blanket features three illustrations. The first is the dogwood, a representing Alex’s high school graduation diploma. The middle picture is a Thunderbird which has the traditional meaning of power, provision, expansiveness, transformation, indomitable spirit, unquestioned authority which Alex picked as he thought it best suited him. The bottom picture is of two atomic particles colliding as Alex is a physicist. The border buttons were set exactly 3.14 inches apart, which science people can appreciate!

Len Reimer, rector’s warden and a mentor for Alex, wrapped the blanket around Alex' shoulders.  Beth gave a pouch of tobacco to Len Reimer as a symbol of the First Nations traditions. Tobacco when smoked together is a symbol of peace, and honor. Beth had been given permission from her First Nations band to give Alex his traditional name. That name is “Walks in Bare Feet”.

"Alex, your traditional people walked in great cedar forests.  Anyone who has been in an old growth forest knows the feeling of something far greater than just trees; you feel the spiritual presence of God.  Your people would make magnificent boats from those trees and would row out into dangerous waters with great bravery and skill.  Those things are within you.  Remember that bravery and skill as you move forward.  You are ready to leave the harbor and sail out into the waters of life.

Alex, wear this blanket knowing you have the backing of your church, your family and your traditional ancestors.  Know that you have all of us praying for you as you leave the harbor.  May the seas of life ahead of you be smooth and always remember that Christ is with you during every storm. God bless."

Alex stood between the kneelers at the chancel entrance and many people laid hands on him. Following the ceremony and conclusion of the Eucharist service, as is tradition, Alex’s family invited everyone to share a traditional salmon meal.  As is also part of the tradition and protocol the family presented a gift to everyone who had witnessed the ceremony.