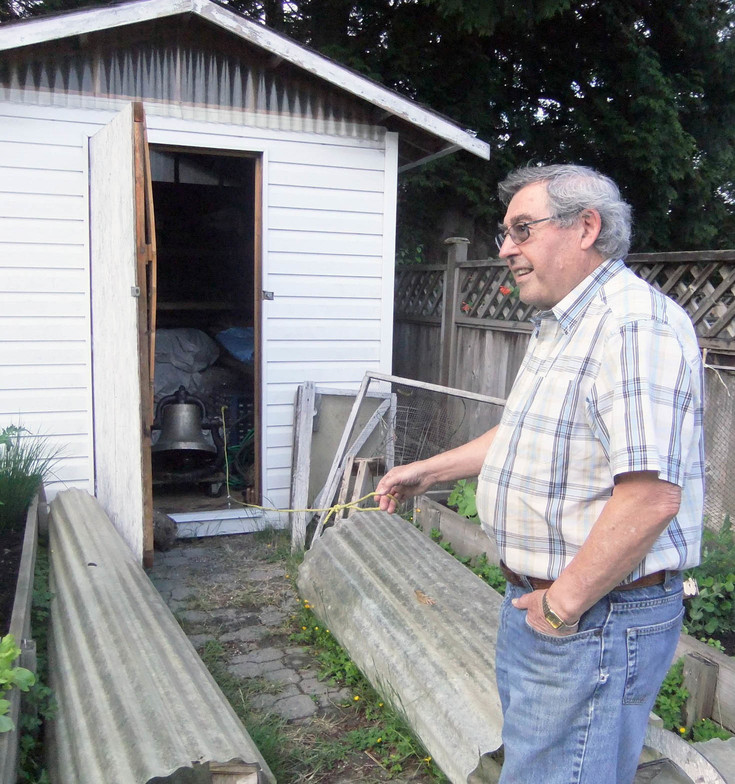 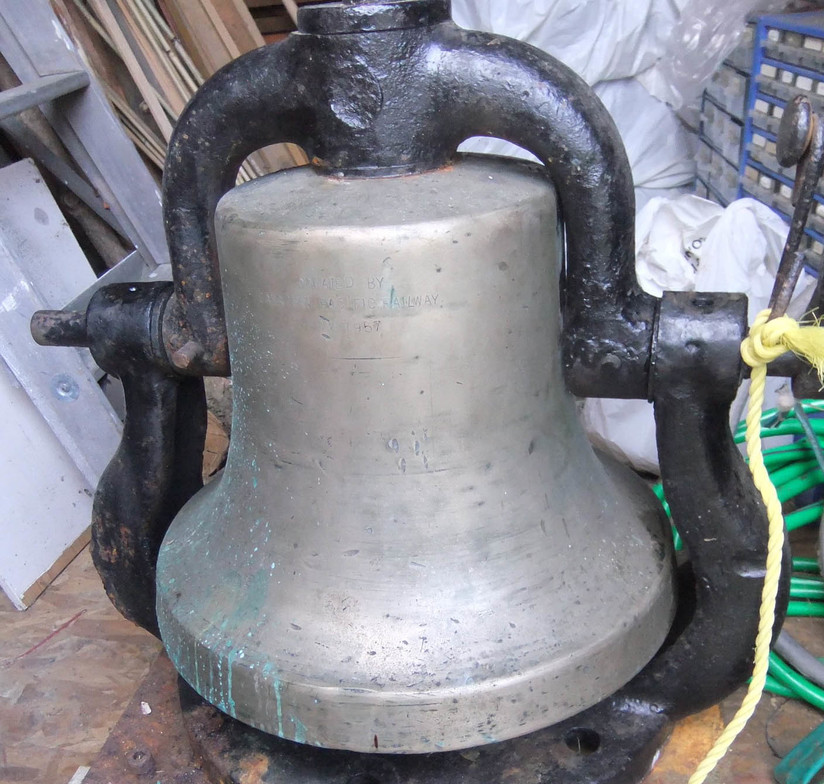 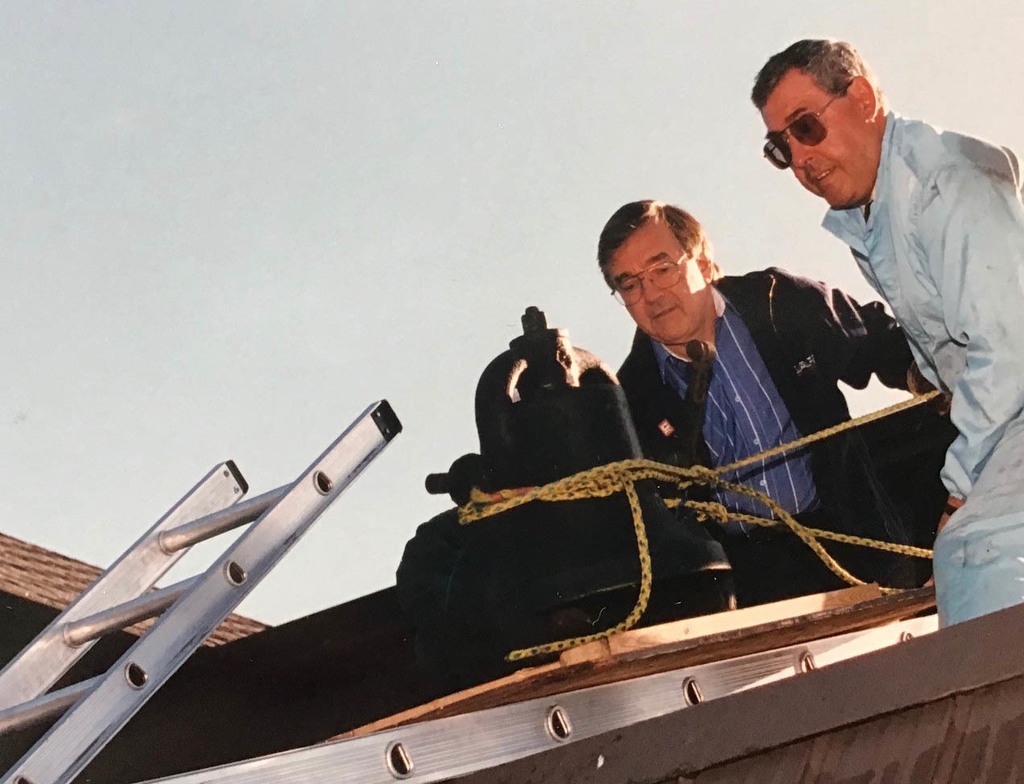 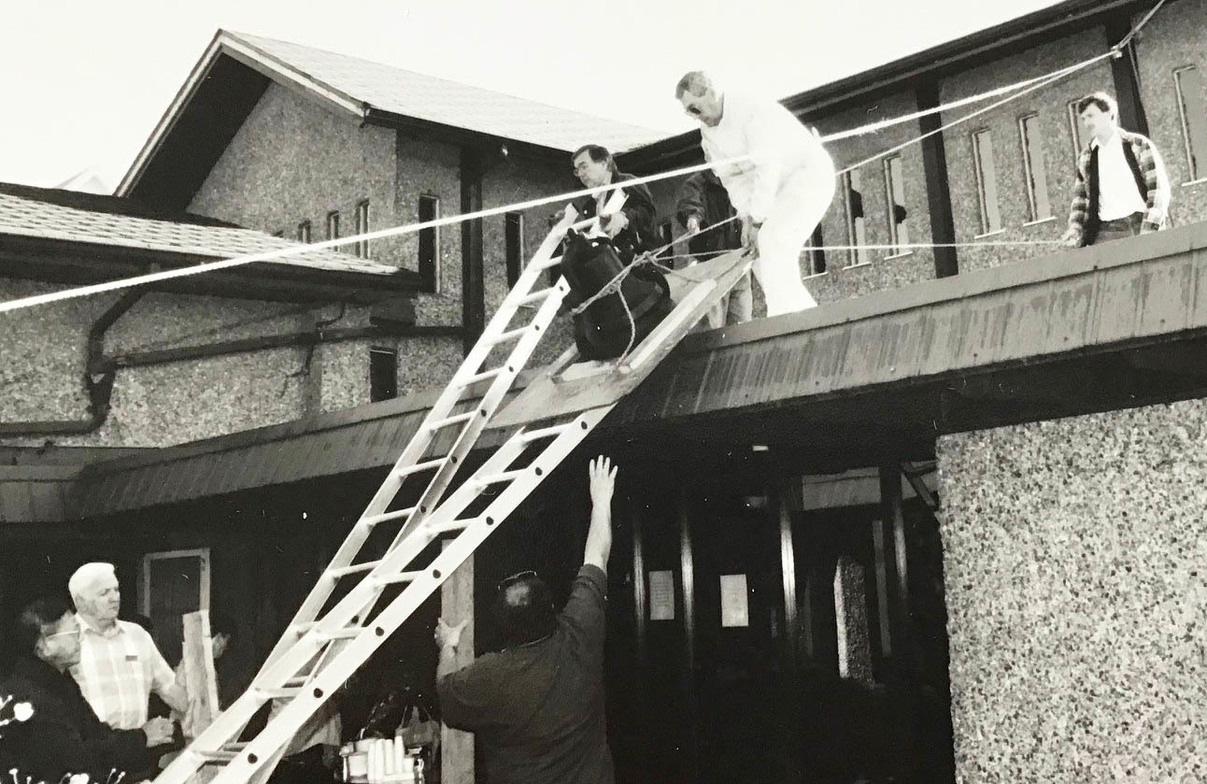 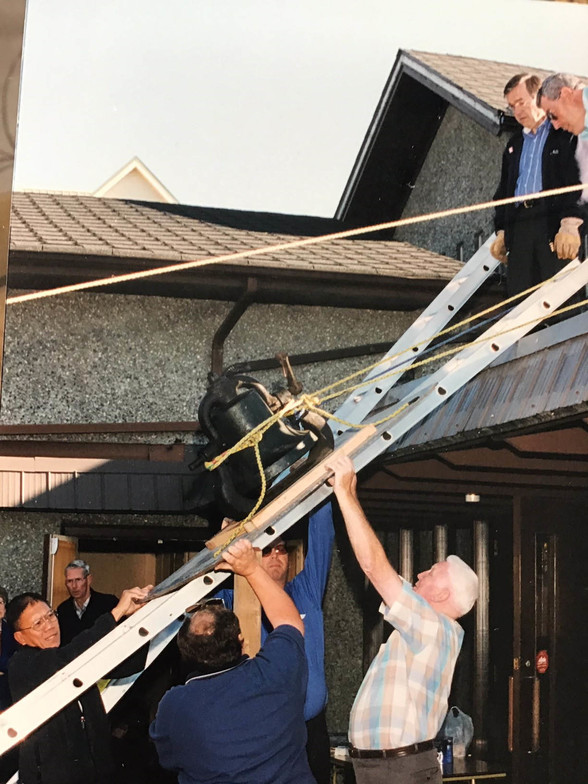 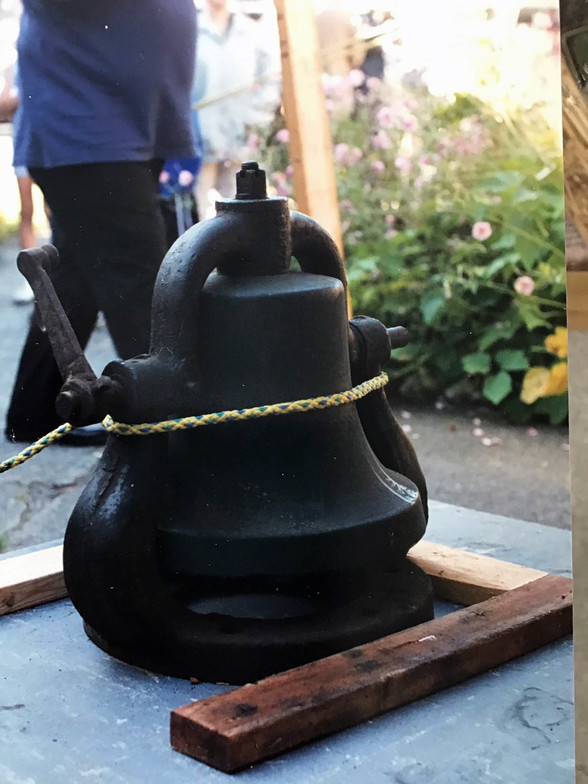 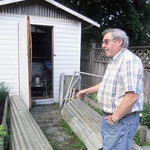 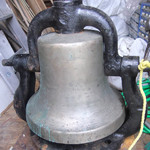 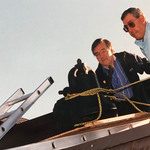 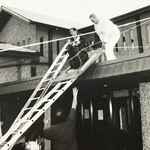 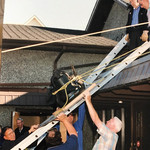 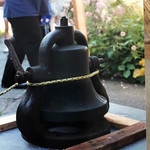 The former CPR train engine bell that rang in the tower of St. Catherine of Alexandria, Port Coquitlam for almost 36 years has found new life during its current residence at the home of St. Catherine’s parishioner, Bernie Poitras, ODNW. The bell (forged in 1957) that called the faithful to weekly worship, baptisms, weddings, funerals and celebrations like the arrival of a New Year is now being joyfully rung once more, by Bernie, each evening at 7pm, in concert with the banging of posts and pans in his neighbourhood, to show appreciation for front line health care workers, first responders and essential service personnel.

The church that housed the bell was dedicated in October 1963, and it was fitting that the repurposed bell had a railroad heritage as Port Coquitlam has always been a train town, with an active station and stop that existed until the passenger trains stopped running decades ago. Now it has a busy West Coast Express stop and retains one of the largest freight train yards in BC.

When the bell was taken down in September 1999, just before the demolition of the church building in October, ropes, winches and human muscle were used to bring it down safely.

Since then, the parish has worshipped in a shared space graciously offered by the congregation of Trinity United.