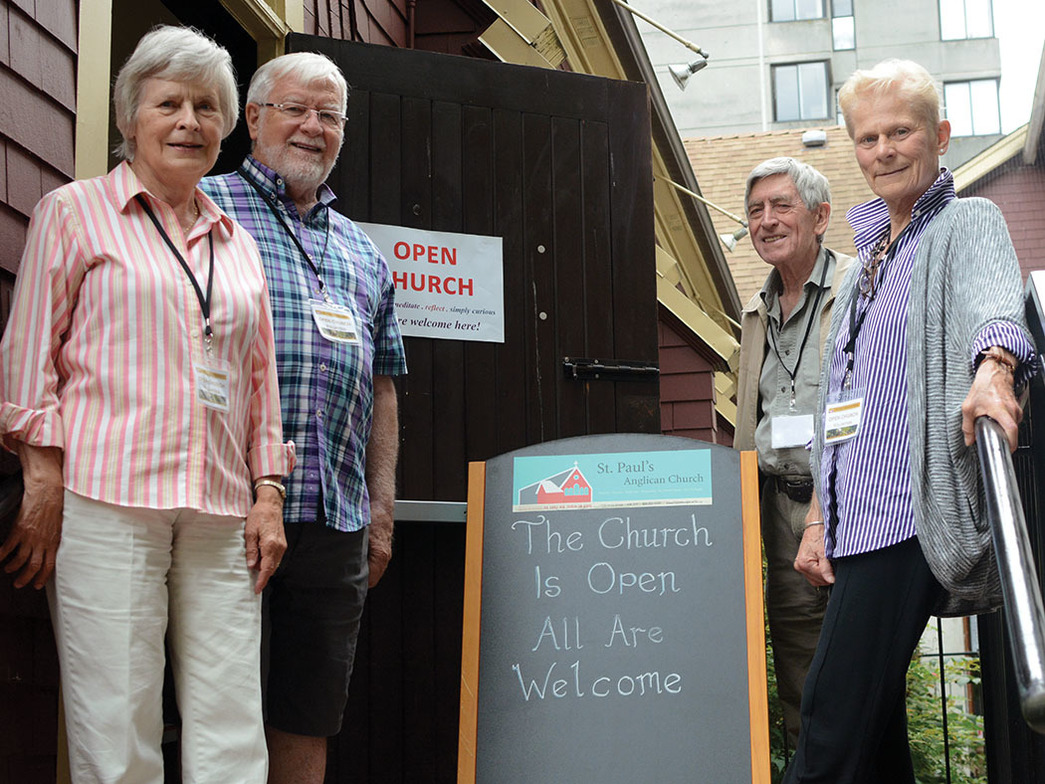 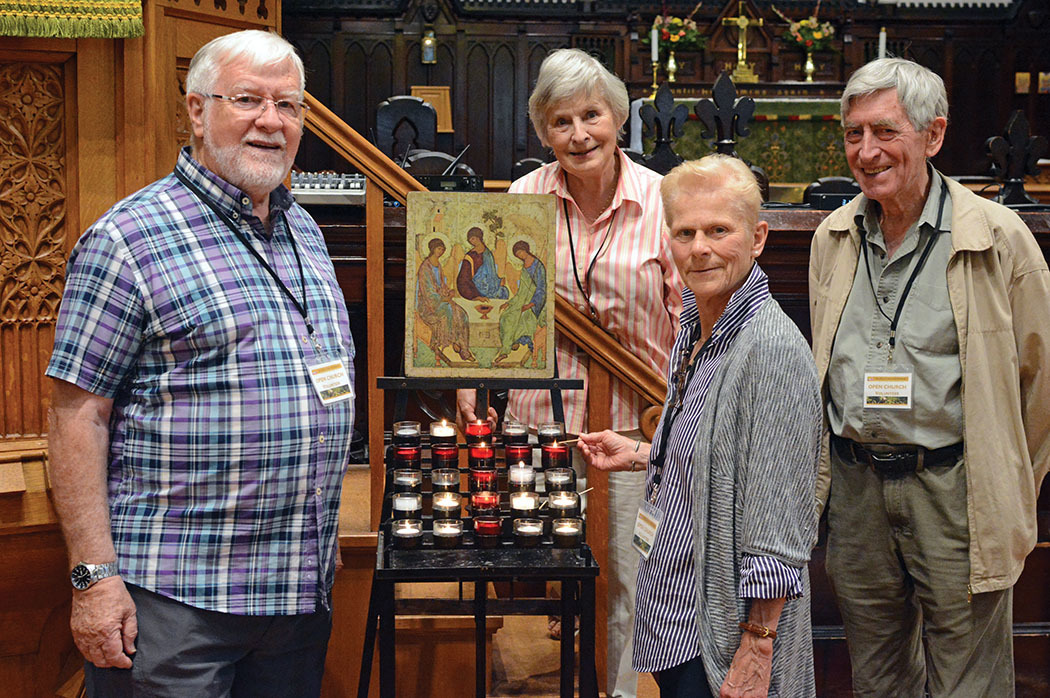 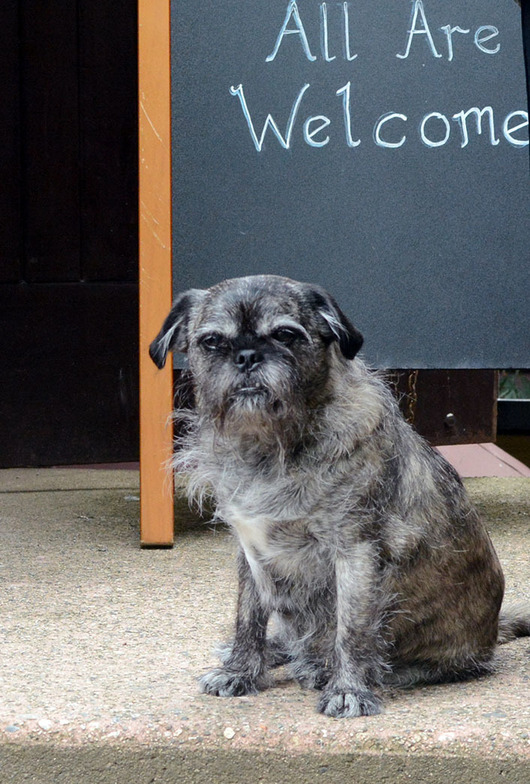 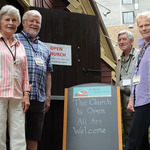 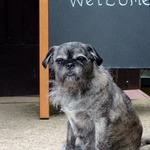 August 16 was a muggy, overcast late mid-summer’s day in Vancouver’s West End but there were sunny smiles and warm welcomes at St. Paul’s, the Anglican Parish that has been located on Jervis Street near Davie for over 11 decades. As it was a summer Friday, the doors had been opened at noon by a team of four parish ambassadors to welcome visitors as part of the parish’s Summer Open Church program.

The four folks present to welcome visitors were: Dorothy Barnes, David Facey-Crowther, Gail Evans and Leslie Buck. The four were happy to take some time, pose for photos and supply some information about the program.

David and Dorothy confessed that the Open Church initiative for 2019 got off to a slow start and they are wondering if the change in open times from the Monday, Tuesday and Wednesday of 2018 to the Wednesday, Friday and Saturday of 2019 had worked they way they had hoped. As there are church services on Thursday and of course on Sunday, the plan was to spread out the opportunities for folks to visit the “little red church” on Jervis Street over the seven week days.

The Open Church team also staffed the August 4 Pride Sunday, Iced Tea event both inside and on the grassy areas in front of the church’s main entrance. The team reported that the Pride event was the best attended with hundreds of visitors dropping by for refreshments and information at the booth outside the church (there was also a St. Paul's booth located on the beach at English Bay) with many of them coming inside to take a look at the beautiful building.

The team reported greeting an average of 4-5 people per session with many of the visitors taking the opportunity to experience the early 20th century Gothic Revival architecture and construction and of course those who were looking for some time to seek the presence of the divine in a safe place. Dorothy said that she has heard the words “thanks for being open, I needed this today” a number of times throughout the summer.

David shared the story of a couple visiting from Holland who were moved by the many memorials in the church listing the names of those members of the parish who made the supreme sacrifice primarily in the two World Wars of the 20th century.  David said that he remembers one visitor reacting to the surroundings, saying that they were struck by the “Englishness” of the interior.  A favourite anecdote for 2019, was the appearance at an Open Church session of a man who was looking around with uncommon interest. David approached him and gave him information about the parish, specifically worship times, however, the visitor said that he would likely be busy as he is the priest at the neighbouring Roman Catholic church.

Dorothy said that although there are visitors from all over the world her sense is that many of the visitors are looking for a place to worship and that there are some current parishioners who have come into the parish through the Open Church program.

Both David and Leslie stressed that the most significant effect of this ministry is the fellowship and connection that has grown between the 26 members of the Open Church welcoming team. Leslie said, “the real value of this is people talking to each other, getting to know one another, making strong connections within the community.”