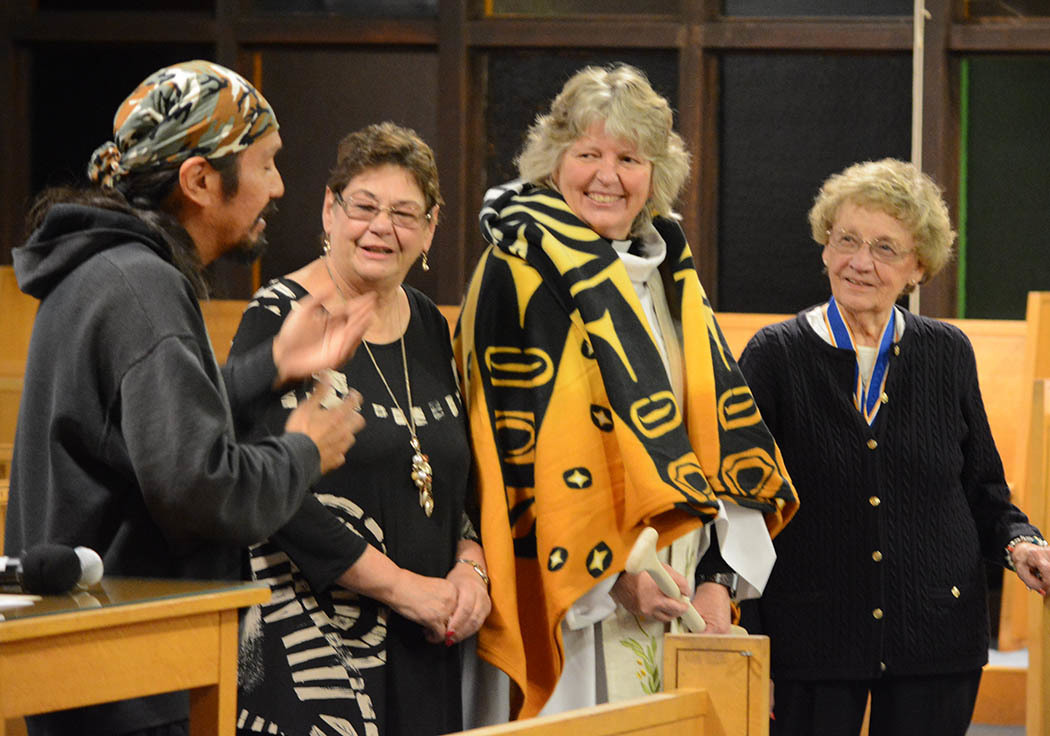 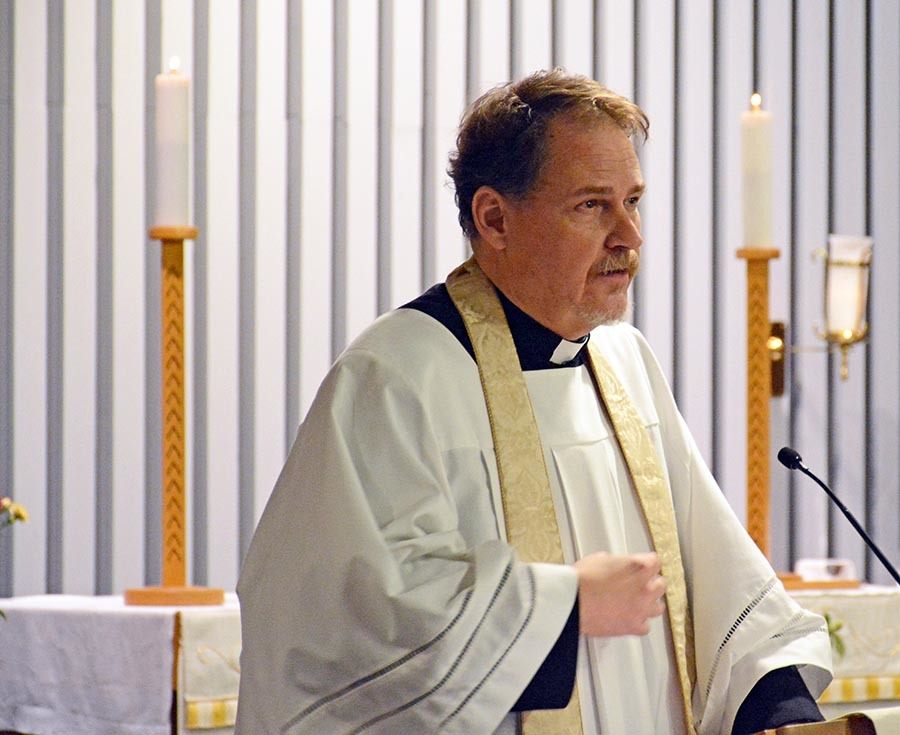 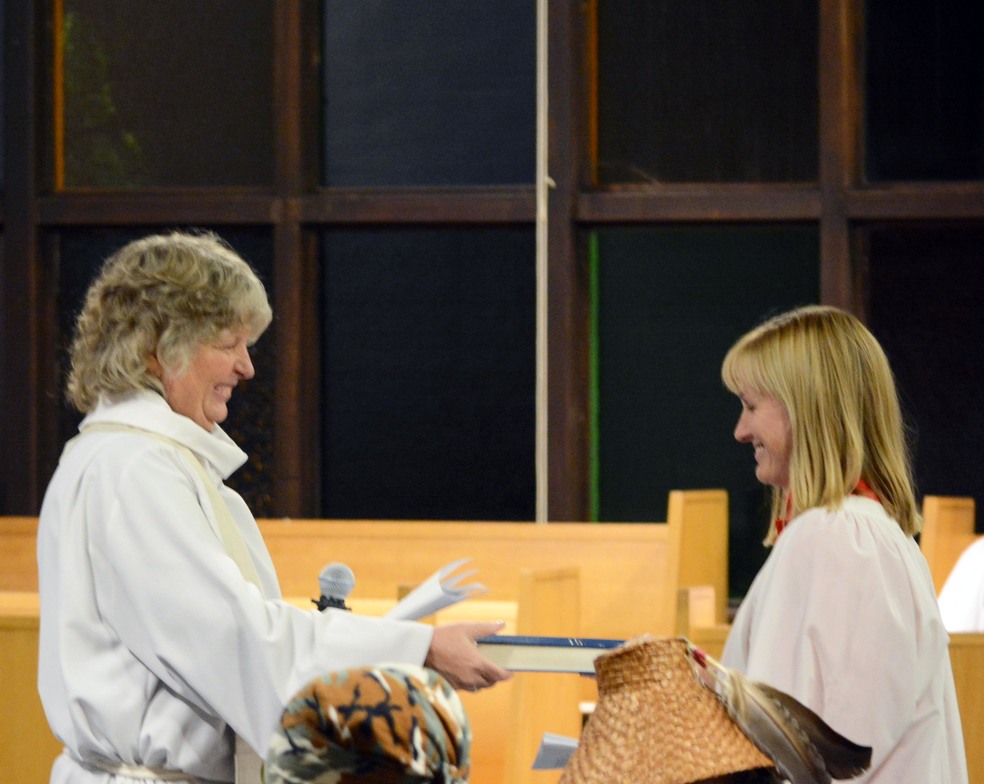 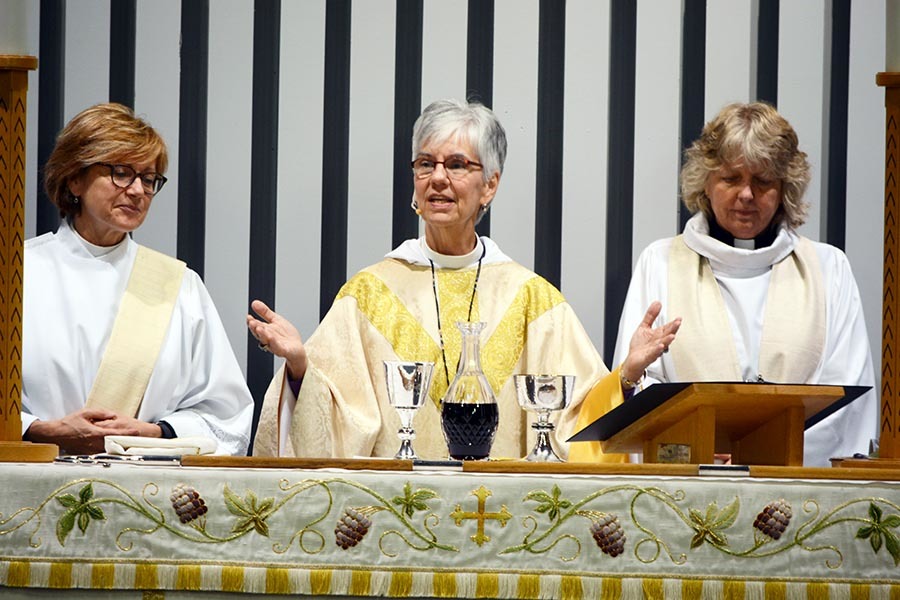 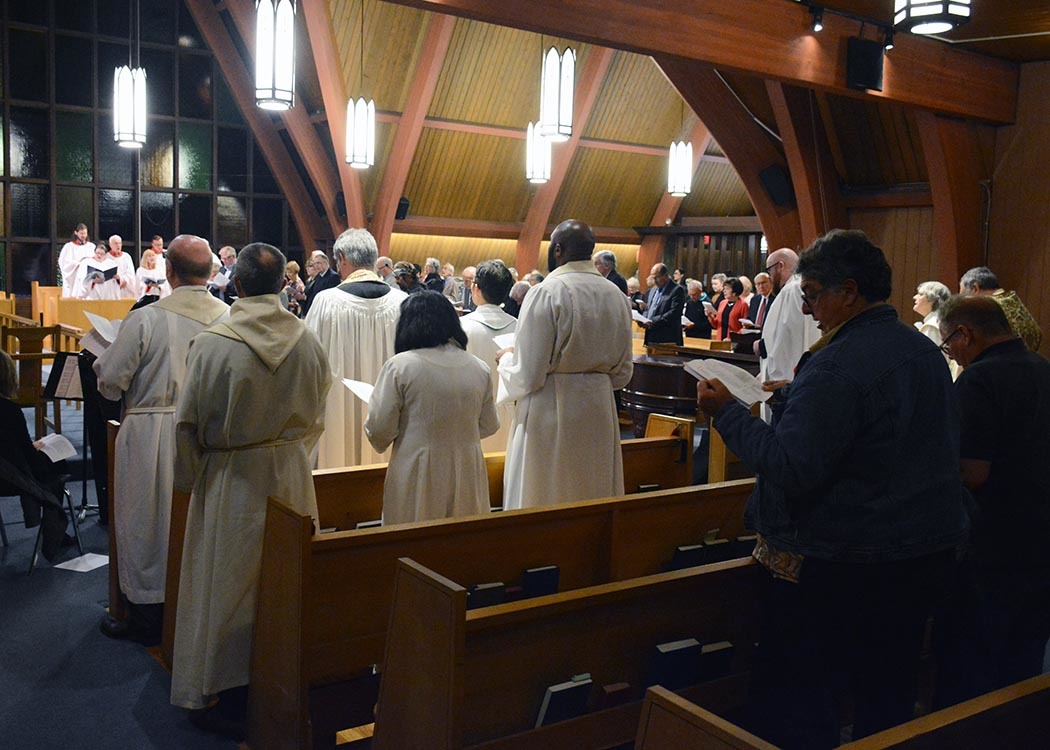 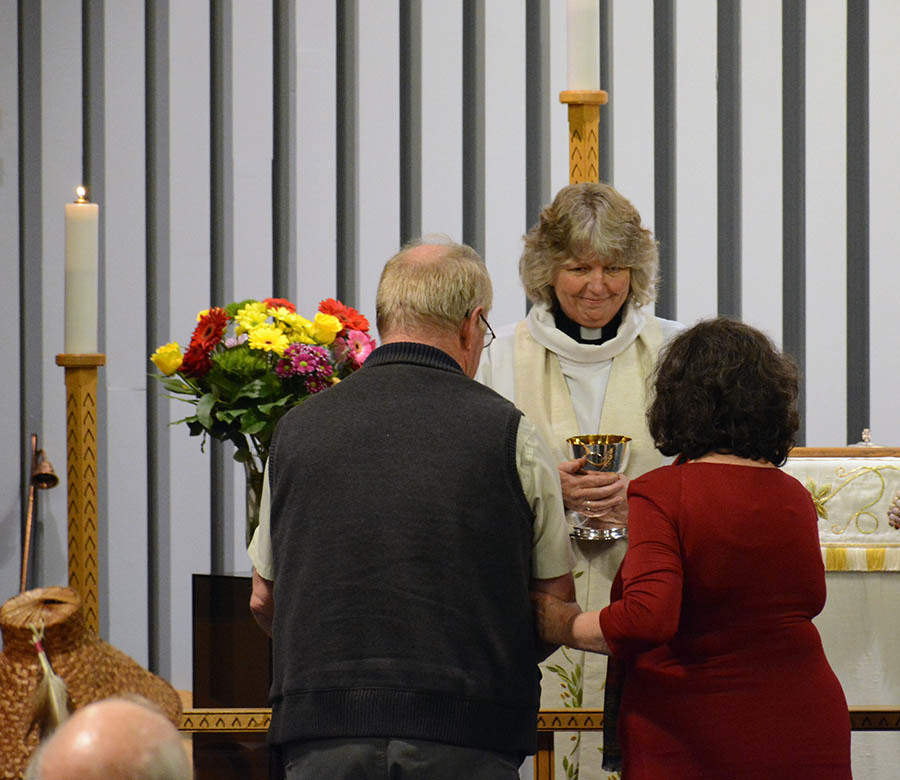 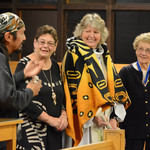 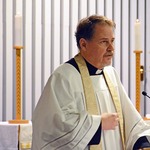 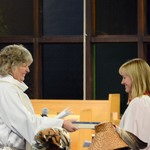 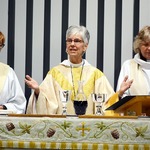 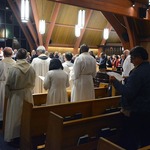 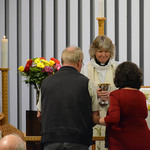 There was a joyful Celebration of a New Ministry at St. Christopher’s on the evening of Tuesday, November 13, 2018. Archbishop Skelton inducted the Reverend Karen Urquhart as Rector of the West Vancouver parish.

St. Christopher’s previous rector, Captain, the Reverend Michael McGee completed his ministry there June 4, 2017, taking an interim term contract as a chaplain at CFB Borden. The parish was served by Sunday supply through the summer and on September 16, 2017, Archbishop Skelton appointed, the Reverend Karen Urquhart interim priest-in-charge. Prior to this appointment, Rev. Urquhart had been rector at the Parish of St. Catherine’s, Port Coquitlam and St. Columba, the ministry position that she had undertaken which necessitated that she and her daughter Clare emigrate from Australia and the Diocese of Bunbury, Province of Western Australia in the summer of 2014. In 2016, Rev. Urquhart was appointed Archdeacon of Lougheed with the honorific, “the Venerable” which was relinquished when she left the archdeaconry in 2017.

The Eucharist on November 13 was a Celebration of the Memorial of St. Martin, Bishop of Tours transferred from November 11.

The First Nation’s Welcome that took place between the Opening Hymn and the Archbishop offering Opening Prayers consisted of three elders: Sam Seward, who spoke the words of the territorial acknowledgement; Bob Baker who offered words of welcome and songs of welcome; Wes Nahanni, who welcomed Rev. Urquhart and praised all those in attendance for being there and supporting Karen and who presented Karen with a ceremonial paddle. Following the initial welcome, a sidesperson presented the three guests with blankets with a fourth blanket placed on the shoulders of Reverend Urquhart in the presence of the wardens in a moving but upbeat blanketing ceremony led by Elder Nahanni.  All three First Nation’s presenters stayed for the liturgy and were also present to celebrate with the community at the reception following worship.

The sermon preached by Father Matthew Johnson, Street Outreach Priest of the Street Outreach Initiative based out of St. James’ partially focused on the Memorial of St. Martin being celebrated that day, the early life of the fourth century bishop and what his family life might’ve been like.  Keeping the family analogy in play he commented on the somewhat unique situation of a priest well known to the congregation being inducted as rector. Fr. Matthew constructed an extended metaphor of a wedding and a marriage where the two participants have “moved in together” prior to getting married.

“The working partnership between a parish and its priest, can be a bit like a marriage. Marriage is preceded, usually, by mutual infatuation and idealism about that special other person.

Later, eventually, you find yourself married & sharing daily life. Tripping over each other, getting ready in the morning, washing socks and doing the dishes, that first idealism about your partner is not lost altogether , but is tempered by their fuller self-disclosure over time.  ‘When will he learn to put the seat down?’ Idealism about your own loveliness is tempered too, as you’re faced with your limits. And it is at that point, with tinted glasses off, when we can really appreciate our joint strengths, deficits and potentials, that the really creative and productive work begins.

And it’s really not a bad image for this moment as we consider you, the parish of St. Christopher’s and your new rector. Except, I suppose for the fact that you two did not really wait to get married. No! Rather through this interim process, instead of getting married, you just went ahead and moved in together. “

(An audio recording of Father Matthew's sermon is available by following this link.)

And now, to continue the metaphor, the parish and rector are married and their offspring will be new opportunities for mission, growth and diversity. Please keep Karen, Clare and the parish in your prayers as they continue in their ministry together.